A Florida mother is speaking out after police body cam footage shows officers helping her young son who was choking on a cracker.

In the video, captured by the Kissimmee Police Department, Amanda Zimmerman could be heard screaming as officers tried to resuscitate her son, M.J.

"He's not responding," an officer can be heard saying in the video as he gives M.J. back blows.

Zimmerman, who had been driving during the incident, flagged officers down when the 18-month-old choked on his snack and stopped breathing. 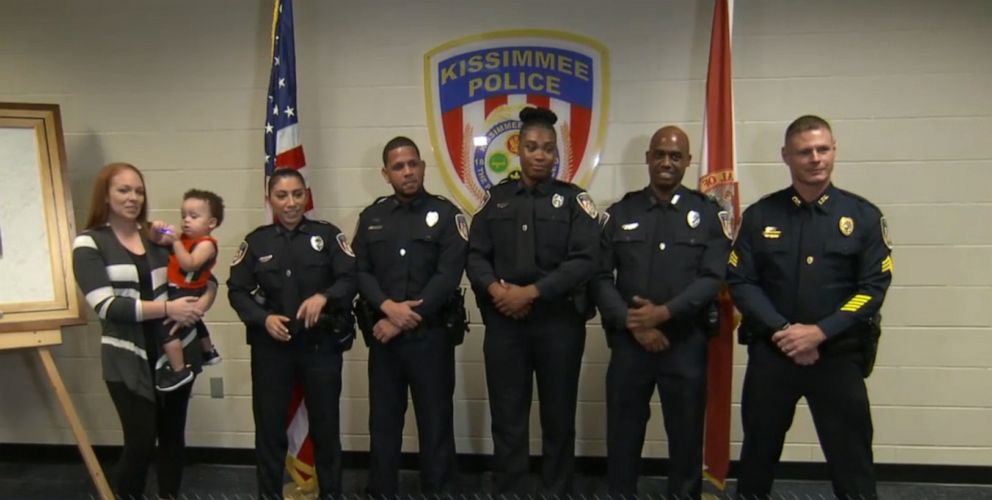 "It was definitely an out-of-body experience," Zimmerman told "Good Morning America." "I felt like I was just like watching my life fall apart, in a sense."

Eventually officers put M.J. on his back and started CPR until they saw a sign of life.

"He is gasping," an officer says in the clip.

Zimmerman said the timing of the police rescue was perfect.

"It was a miracle that he is completely fine, back to being M.J.," she said.

"It was a team effort," Zimmerman added of police. "They all touched him...put their efforts in and worked together to save my baby."

Edith Bracho-Sanchez, a primary care pediatrician and assistant professor of pediatrics at Columbia University, told "GMA" that there are steps parents and caregivers should take in the event a child is choking.

ABC
Edith Bracho-Sanchez, a primary care pediatrician and assistant professor of pediatrics at Columbia University, told "GMA" that there are steps parents and caregivers should take in the event a child is choking.

"Those initial minutes after a toddler, a child or even a teen loses consciousness are precious and we really have to take action," Bracho-Sanchez said.

If a child is choking:

Make sure they're in a safe environment.

Start CPR if you have the skills.

The American Red Cross offers nationwide CPR certification courses that'll help you give assistance to a person facing a cardiac or breathing emergency. To enroll in CPR certification, visit redcross.org.