Moms who have had enough of being forced to stand on the subway while pregnant instead of being offered a seat have inspired a new campaign that could transform transportation for pregnant women in Chicago.

The Chicago Transit Authority (CTA) confirmed to "Good Morning America" that it is planning a campaign that will be "specifically targeted" toward pregnant riders and will include "buttons that pregnant riders can wear" to let other riders know they need a seat.

Details of the campaign, including the launch date, distribution and button messaging and design are still being finalized, according to the CTA.

Megan Nufer, who gave birth to her daughter in May, said the promised campaign for Chicago's rapid transit system, called the L by locals, cannot come soon enough. 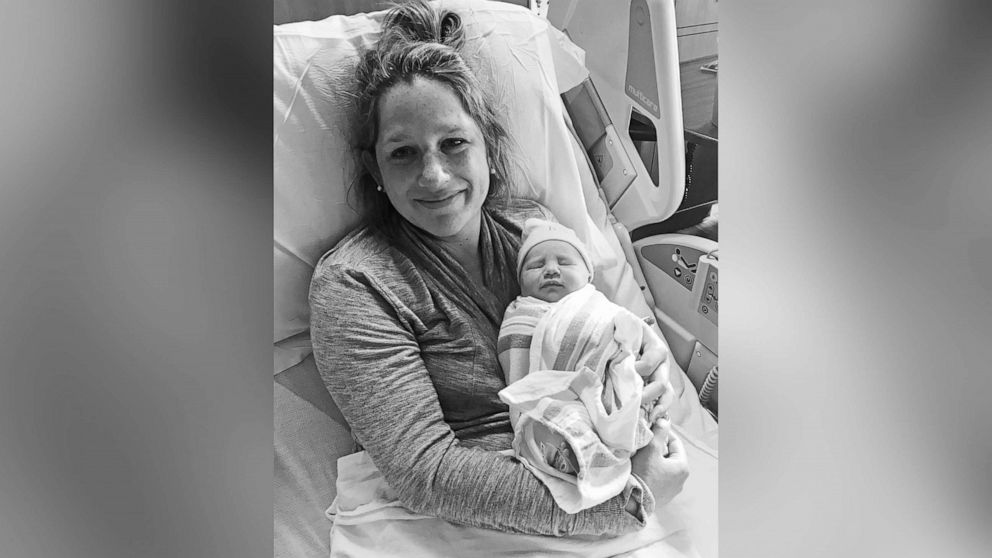 Courtesy Megan Nufer
Megan Nufer of Chicago holds her daughter, Charlotte, who was born on May 31, 2019.

"There are a lot of working moms who commute daily and I think they should have the right to get into work and come home from work with the appropriate accommodations," she said. "I think some women try to do it all and sometimes you don’t want to make excuses, but you’re bringing a human into the world."

"You want [being offered a seat] to just be the default thing that happens," she added.

(MORE: Serena Williams calls post-pregnancy the 'fourth trimester': Why she's right and what women should know)

Nufer, whose daily commute consists of both a bus and the subway, reached out to the CTA in March with the idea to implement in Chicago what is commonplace in London, "Baby on Board" buttons for pregnant riders. 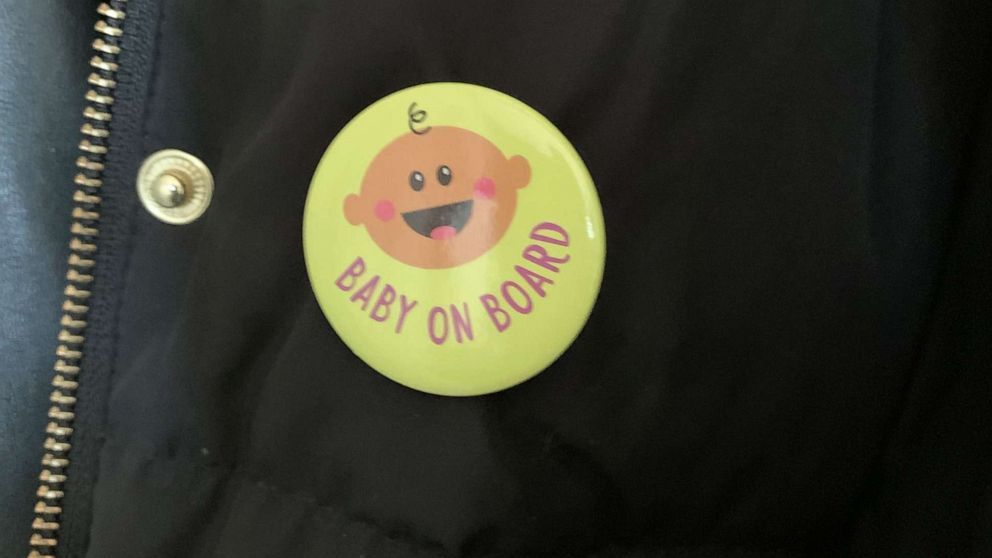 Courtesy Megan Nufer
Megan Nufer of Chicago says she received a "Baby on Board" button as a baby shower gift.

"My coworker, who is from London, one day was like, 'This is so silly. If you were in the U.K.you’d have a badge and people wouldn't even think twice,'" Nufer recalled. "I went on LinkedIn and found a mutual connection with someone who works for the CTA and reached out."

Nufer said the CTA replied not long after telling her to "stay tuned." Her request was not the first one for "Baby on Board" buttons on the L.

Erin Fowler, 38, now a mom of two, spoke about the idea six years ago at a CTA board meeting. 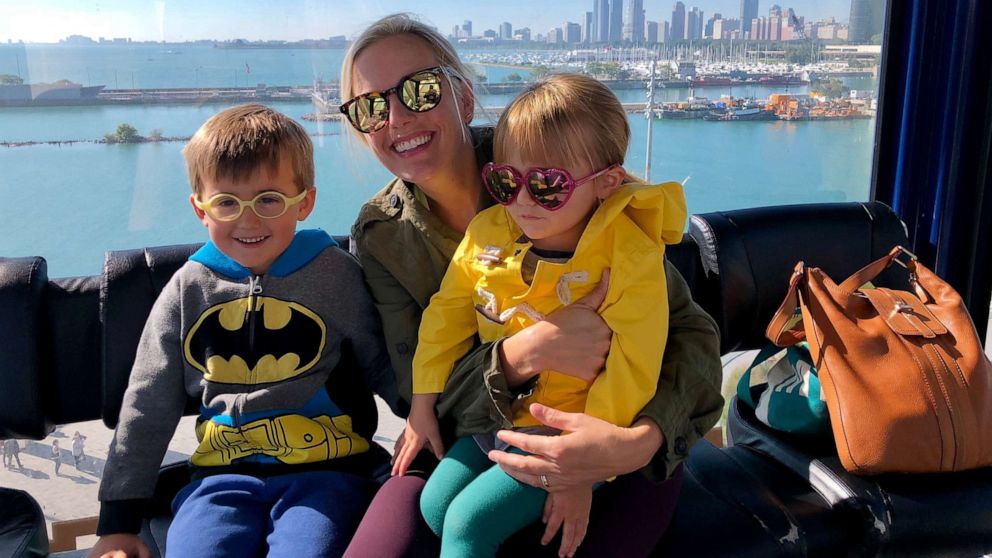 Courtesy Erin Fowler
Erin Fowler poses with her children on the Ferris Wheel at Navy Pier in Chicago.

She spoke one month after giving birth to her first child and came up with the idea after a trip to London where she saw the “Baby on Board” buttons used there.

(MORE: Mom says 'I'm done apologizing' and encourages others to do the same in viral post)
Editor's Picks

"I was motivated by my frustration, principally," she said. "[A button] removes the awkwardness of someone having to wonder if a woman is pregnant because women are not visibly pregnant for the duration of their pregnancy."

The "Baby on Board" badges in London have been around for years, worn by pregnant women riding the Tube to ensure they are given a seat.

They were put in the spotlight when Kate, the Duchess of Cambridge, wore one in 2013 while visiting the Tube to celebrate the subway system's 150 years of service. Kate, now a mom of three, was pregnant at the time with her first child, Prince George.

Chris Radburn/AFP/Getty Images, FILE
Catherine, Duchess of Cambridge, wears a Transport For London (TFL) badge that reads "baby on board," given to her during a visit to Baker Street tube station with Queen Elizabeth II and Prince Philip, Duke of Edinburgh, in London, March 20, 2013, to mark 150th anniversary of the London underground.

New York City also tried a pilot program with "Baby on Board" buttons in 2017, offering customers who are pregnant or have disabilities the option of a “Baby on Board” button or a “Please Offer Me a Seat” button.

"I’m hoping Chicago can be a role model and get it rolled out to the rest of the country," said Nufer. "It’s a simple thing that doesn’t cost much money."

Fowler added that she's not sure why Chicago has yet to implement a button program, but she looks forward to the day when she sees fellow female commuters wearing "Baby on Board" buttons on the L. 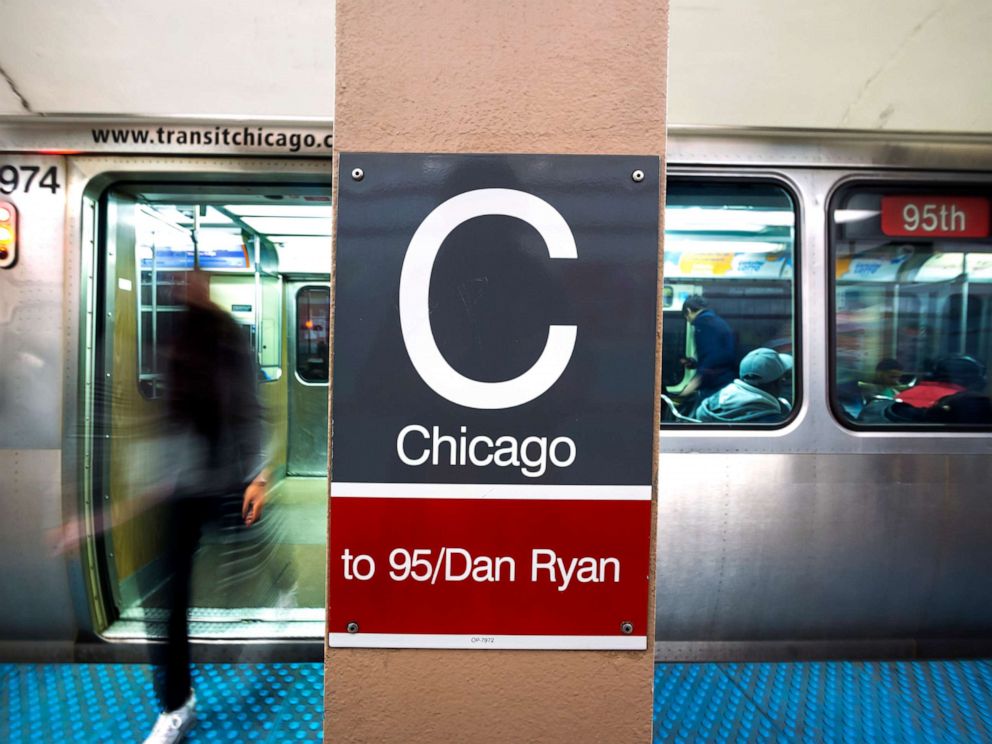 "I hope it happens, that it works and that future pregnant women will be a bit more comfortable than I was," she said. "It's a small thing and it certainly won't hurt to try."