A Florida woman had an emotional reunion with her 78-year-old mother after using social media to find her in the wake of Hurricane Ian.

"I have never felt more helpless in my life. I called my mom and it went to voicemail. I'm praying that she put her phone on airplane mode to save battery. So scared. Can't stop shaking," she wrote. "Please, angels. Get her through this."

Booker, a mom of two, told "Good Morning America" that in the days before Ian made landfall, she and her husband helped her mom, Carole McDanel, prepare herself and her home for the hurricane.

Booker said her mom wanted to stay in the home, where she has lived for more than two decades.

"She stayed because it was heading north for Tampa and we had no idea that it would be as bad as it turned out," Booker said over email. "That house had survived multiple major hurricanes in history, Charley and Irma included, and she felt safe there."

The home also contained priceless family memories and heirlooms, which Booker said she moved to the top shelf in a garage, thinking they would be safe. Among the memories were photos of Booker's dad, whom she said passed away when she was 5. 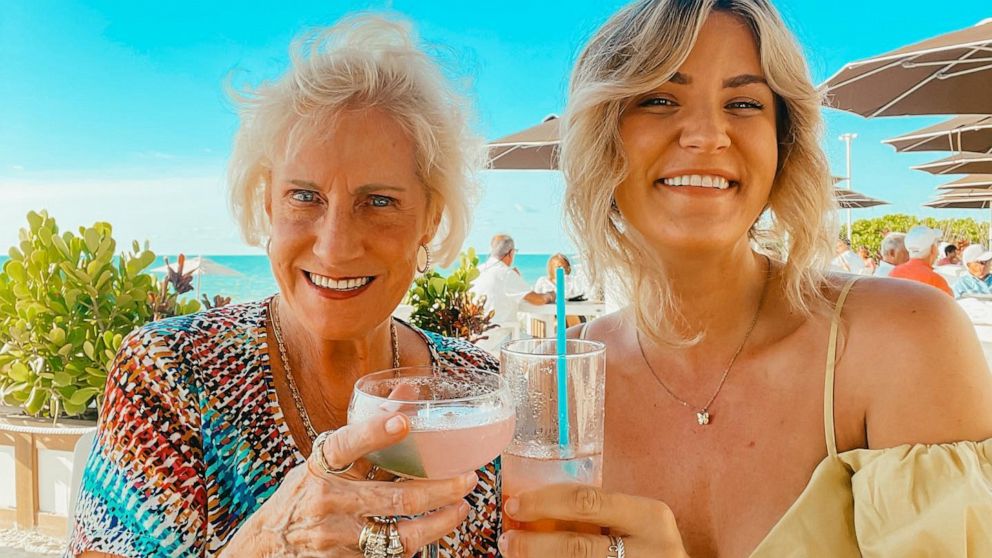 After her dad's death, Booker said she was adopted by McDanel, her paternal grandmother, whom she now calls mom.

Once the storm struck, Booker said she received updates from her mom, who shared photos and videos showing Ian's storm surge starting to fill the home.

Storm surge outside of my moms house on Fort Myers Beach.

In her last phone call with her mom, around 3:00 p.m. local time, Booker said she told her mom to climb on the roof as a last resort if the flood waters continued to climb.

Unable to communicate with her mom any longer, Booker turned to Twitter, using the hashtag #GetCaroleHome and asking her followers for help with everything from searching for McDanel to contacting local emergency officials.

"I don't know what else to do other than continue to push for the rescues and wait," Booker wrote in one tweet, adding that she wanted to spread her message "as far and wide as possible." 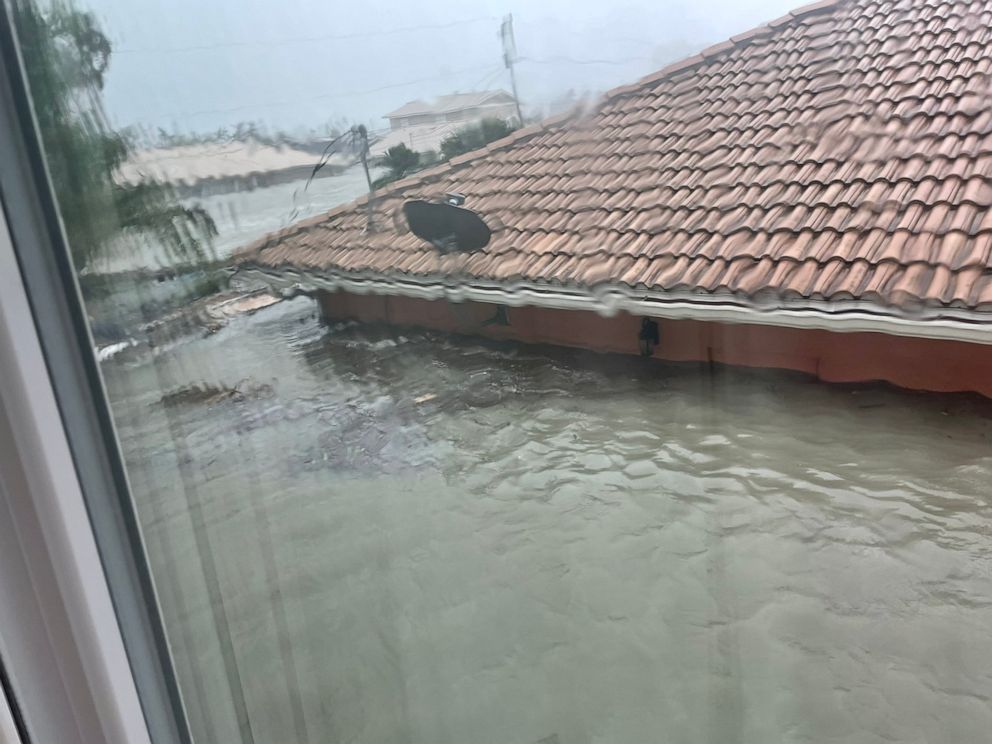 "You see this kind of stuff happen on the news. You see this on social media. You see it happen in other cities and you know it can happen here when you live in Florida. We all know that," she said in a video on Twitter. "But when it's actually happening to you, it is honestly unbelievable."

On Thursday, as rescue crews descended upon the Fort Myers area to search for survivors, Booker's husband and friend began their own search for McDanel by boat.

Just a few hours later, at 4 p.m. on Thursday, Booker tweeted the news that McDanel had been found.

"She's OK," Booker said in a video posted on Twitter. "They got her, they found her, and they are bringing her to me."

Booker said her husband and friend found McDanel sitting on her couch inside her home, where she was able to remain safely during the storm. 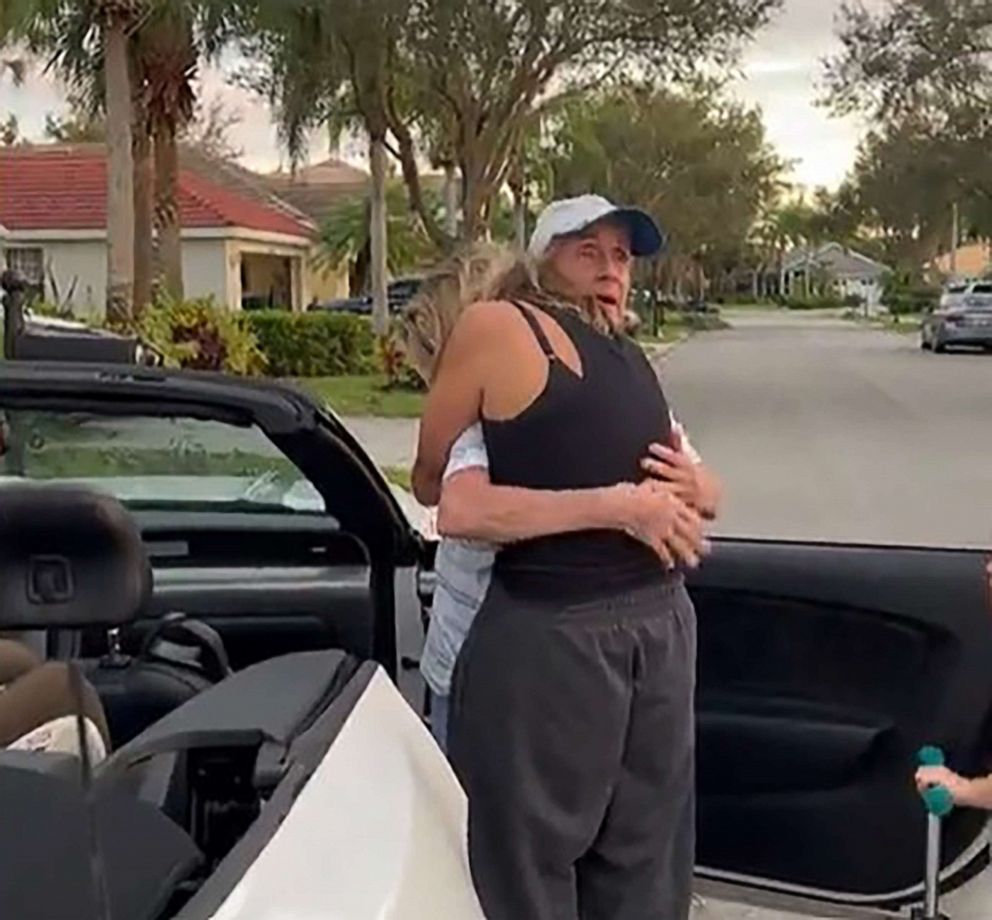 "She heard them yelling 'CAROLE!' and she was so happy," said Booker. "She said she would go out and wave her arms when planes and helicopters flew by, and that when she saw my two best guys, she was relieved to know that we would be together."

When Booker was reunited with McDanel, she told her mom that much of Fort Myers had been destroyed, and that people around the world had joined the search for her on Twitter.

McDanel, who declined to be interviewed, said in a statement to "GMA" that she feels grateful for the "overwhelming support" she and her family received.

"I have so much gratitude for the overwhelming support I've received from people around the world, complete strangers, who were wishing for my well-being during Hurricane Ian," she said. "That positive energy and those prayers were felt by me through one of the most isolating and uncertain moments in my life." 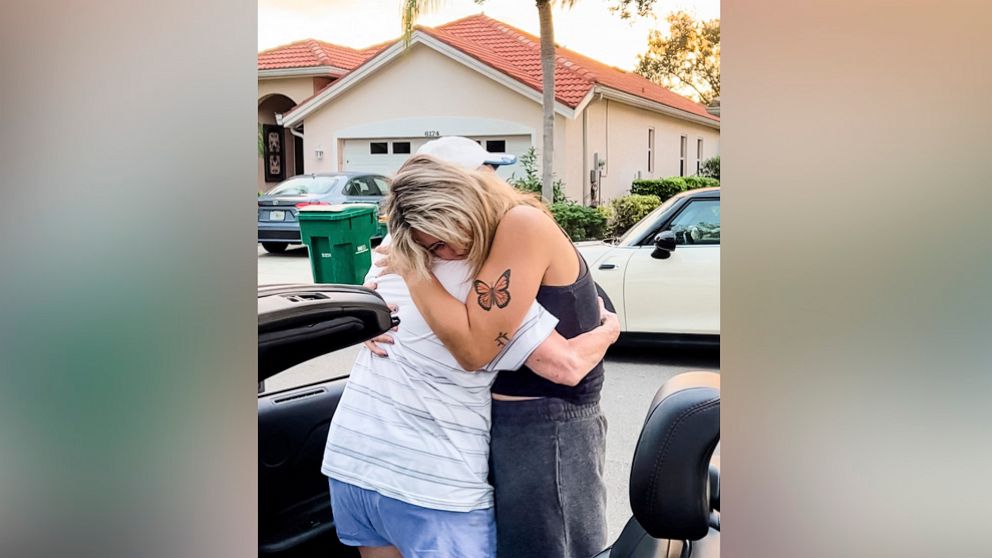 McDanel said that while her home is damaged and she's lost all the family memorabilia it contained, "I know that I am one of the lucky ones."

"I'm still here," she said. "My heart is breaking for Fort Myers Beach. A place I've called home for 35 years, a place home to happy times with the love of my life, my husband, who passed away in 2016. I've owned businesses on Fort Myers Beach, in addition to being close to many of those who have now lost their businesses."

"Our little 7-mile island thrives on our tourism and with most of that taken away by Ian, we have such a long road ahead of us," McDanel continued. "I'm calling for the world to continue the same energy and love that was put toward my rescue into recovery and relief efforts for our community."

In the days since reuniting with her mom, Booker has turned her Twitter feed into a resource center for people whose loved ones may still be missing due to Ian.

I've had a lot of folks reach out to me to see who I contacted to submit a rescue request for my mom on Fort Myers Beach. I want to share those resources with you so that if you need them, you can use them for your loved ones:

She is also listing resources for people who want to give back to the community, identifying relief organizations that have come to help, like Jose Andre's World Central Kitchen.

Booker also launched her own relief effort, Spread Sunshine & Give Grace, to raise money to help provide food, shelter and other necessities for people impacted by the storm.

"We are using this as an opportunity to call for help for our community and our neighbors," Booker tweeted. "Fort Myers Beach is not only my home, it's an island that survives on tourism. We have a lot of work to do."