A stranger who found a little girl's balloon that traveled hundreds of miles, from Kansas to Louisiana, has granted her and her sister's wishes.

"It was something different for the girls -- a memory they could keep after a rough 2020," mom Leticia Gonzalez of Liberal, Kansas, told "GMA." "It was just so cold and windy. I didn't expect them to go that far."

Gonzalez said she and her family had been travelling to Mexico, her husband's home country, over Christmas to give to children who are less fortunate.

When she returned home, she got word that someone shared a photo of Luna's pink, star-shaped balloon on Facebook.

Alvin Bamburg of Shreveport, Louisiana, was on the receiving end of the balloon, which asked Santa for candy, a Spider-Man ball, a "Frozen" doll, a puppy and My Little Pony.

Editor's Picks
MORE: Single mom of 4 asks for an end to 'silently judging' mothers like her

Bamburg told "GMA" he came across it while hunting in Grand Cane, Louisiana, 650 miles away from the Gonzalez home.

Bamburg said the note warmed his heart, so he asked Facebook to help find Luna and Gianella's mother.

With help from family and friends, Bamburg was able to ship the girls almost every present on their list.

"We did not expect it," Gonzalez said Tuesday on "GMA." "It was a big surprise to us."

Bamburg and his wife also drove for hours to surprise Luna and Gianella with a puppy named Max.

"If you can make one person smile -- trust me not only will it help them, it will make you feel so much better," Bamburg said. 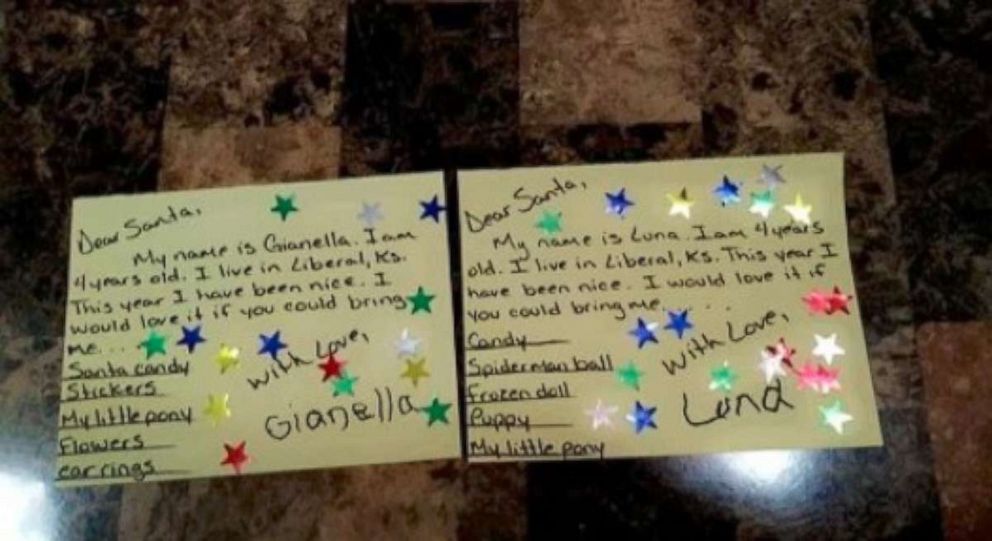 Leticia Gonzalez
On Dec. 1, 2020, Luna Gonzalez, 4, and her twin sister Gianella, both released balloons containing five holiday wishes. Weeks later, mom Leticia Gonzalez of Liberal, Kansas, got word that a stranger, Alvin Bamburg of Shreveport, Louisiana, was on the receiving end of the balloon.

Gonzalez said the Bamburgs will forever be a part of her family.