Before you begin baking you should always check the pantry and read the recipe from start to finish. But on the off chance you run out of an ingredient or simply mistook baking powder for baking soda, there are some clever substitutes to ensure your recipe still turns out.

"Good Morning America" tapped a couple of top experts to share insights on all things baking swaps, from the science of structure to easily interchangeable ingredients that can help home cooks bake with confidence and ease. 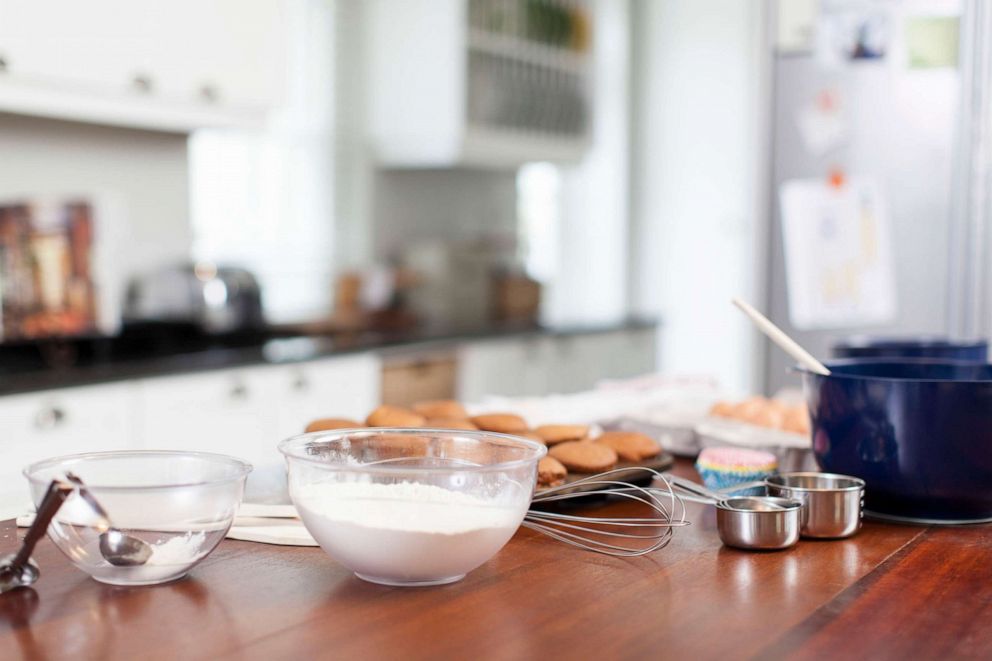 The basic science of substitutes and swaps for baking

When it comes to perfectly executed pastry, who better to share some tricks of the trade than the "crustmaster," as dubbed by President Obama, himself?

"A name I cherish, and a title given by Presidential decree is not to be sneezed at," Yosses said, adding that Obama "was referring to [my] pie crust because that's pretty much the only dessert he likes."

The former White House Executive Pastry Chef for both President George W. Bush and Obama, told "GMA" that "the more you bake, the more adventurous you get. And oftentimes not every ingredient is necessary in a recipe."

"Obviously, you need the structure from the flour and sugar, but butter I often replace with either olive oil or a neutral oil, like grapeseed or safflower," Yosses, author of "The Sweet Spot" and TV host, added. "Some of the sugar is there for structure and so you can't take it out entirely."

Jenna Helwig, Food Director at Real Simple, agreed with Yosses and added her thoughts on those common misconceptions about altering baking recipes.

"We always hear that baking is a science and recipes are set in stone, but there is some wiggle room when it comes to swapping in different ingredients," she said. "I like to think about baking ingredients in two categories. The first is ingredient type -- such as sweetener, fat, flour, eggs, and leavening. You don't want to mess with those ratios too much or you could end up with a gummy cake or puffy cookies, for example. So if you're short on eggs, don't add more butter to make up for it. But if you substitute within the recipe's original parameters, you have a better chance of success."

Helwig continued, "The second category is liquids and solids. For best results, try not to change up these ratios too much either. For example, if the recipe calls for melted butter, it's totally okay to use oil. But, if it calls for room temperature (basically solid) butter, the swap won't work as well. Another example: if a recipe calls for honey, it's totally okay to use maple syrup. But swapping in maple syrup for brown sugar would probably throw off your texture."

Check out this ultimate baking substitute conversion chart to handle the most common swaps, shared with "GMA" from Real Simple. 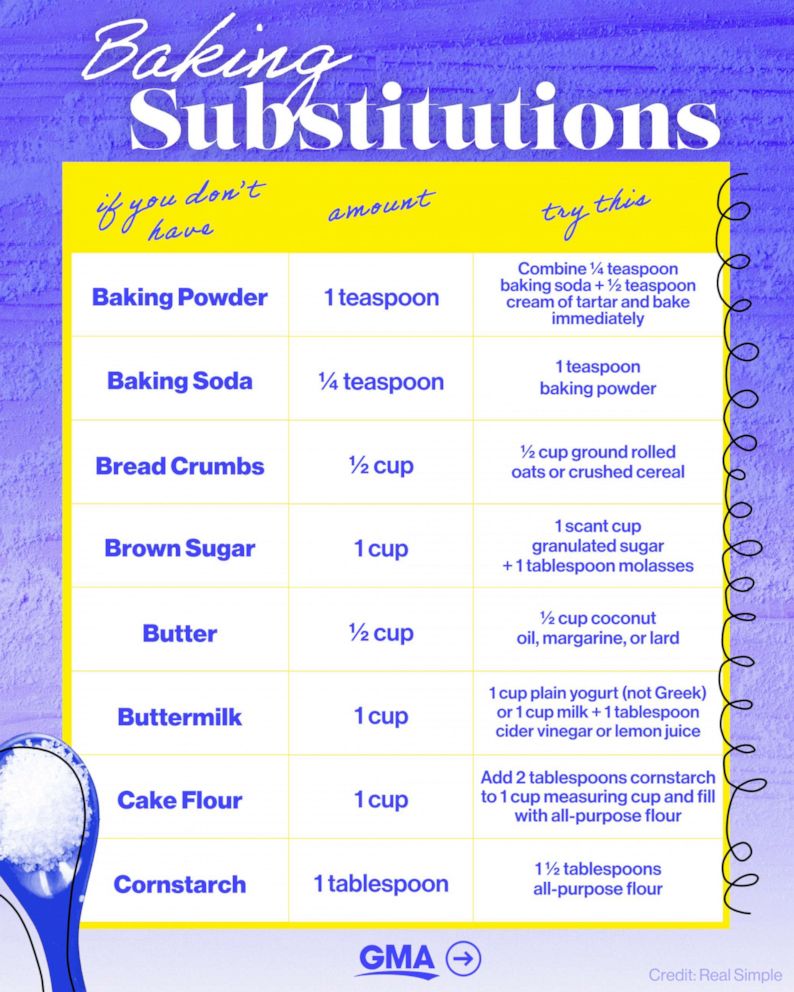 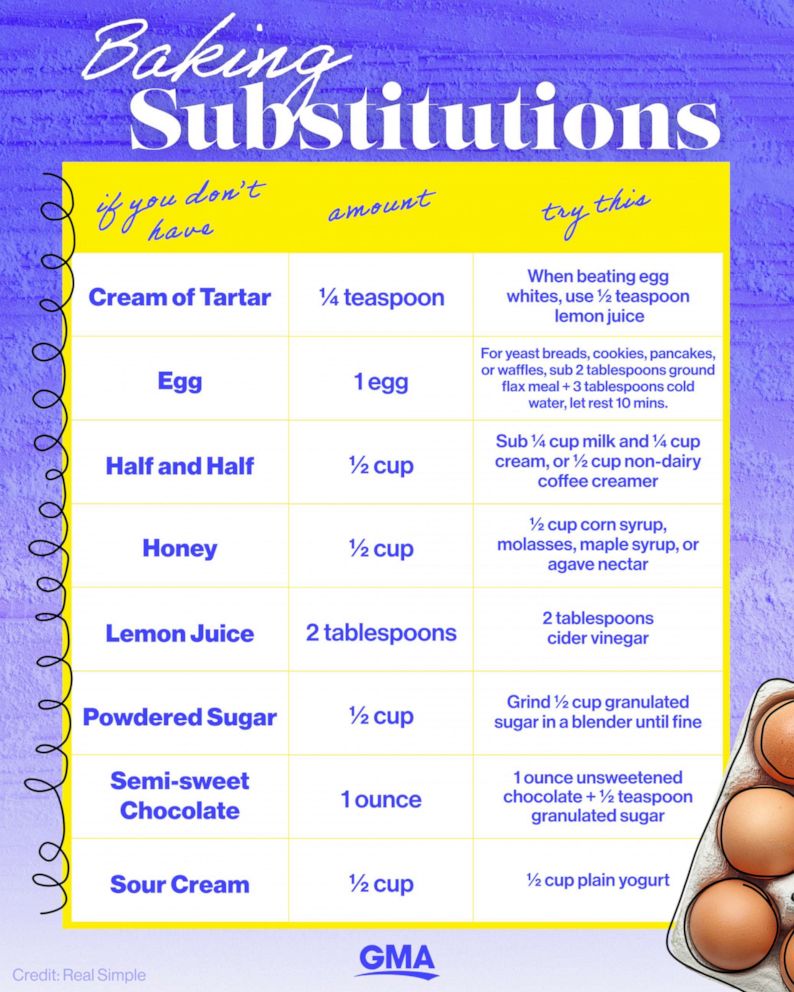 Yosses, who regularly tries out advanced and innovative techniques at Blue Hill restaurant in New York, like reducing down oat milk with amylase (an enzyme that pulls sugar out of starch), shared some of his go-to swaps that home cooks can easily try out in their kitchens.

"I have a vegan cookie and brownie where I use flax seed instead of eggs," Yosses said of the technique that combines two tablespoons of flaxseed meal and three tablespoons of cold water, which translates to the equivalent of one egg once it sits for about 10 minutes. "I like the texture. It takes a little getting used to because it has a different flavor and doesn't have the richness of the yolks."

"One thing that we always talk about is butter. I have really had great luck, believe it or not -- this may sound strange -- replacing butter with a ripe avocado," Yosses shared. "Avocado oils are known to be healthy, and pound for pound or ounce for ounce, I use an avocado instead of butter. You don't have the butter flavor, but you have a very silky, creamy texture."

Helwig said that when "a recipe calls for melted butter and I don't have any more butter on hand, I'll use canola oil, melted coconut oil, or even olive oil, if I think the flavor will be complimentary."

"If you have salted butter and the recipe calls for unsalted," she suggested, "reduce the amount of salt in the recipe by 1/4 teaspoon per stick of butter." 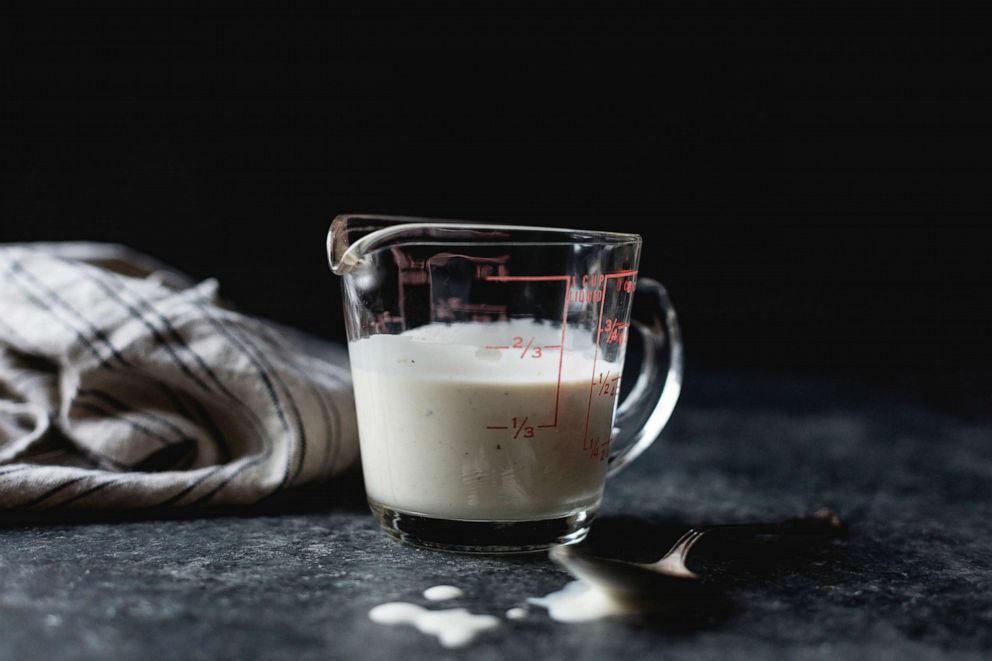 "Buttermilk is a good example. It's very easy to make," he said of the swap to put lemon juice into regular milk, "because the acid of the lemon breaks the emulsion that's in milk -- the whey solids separate and you have buttermilk."

Helwig and her team also suggest you can use one cup of plain yogurt, not Greek, plus one tablespoon of cider vinegar, if you don't have plain milk or lemon juice on hand either. 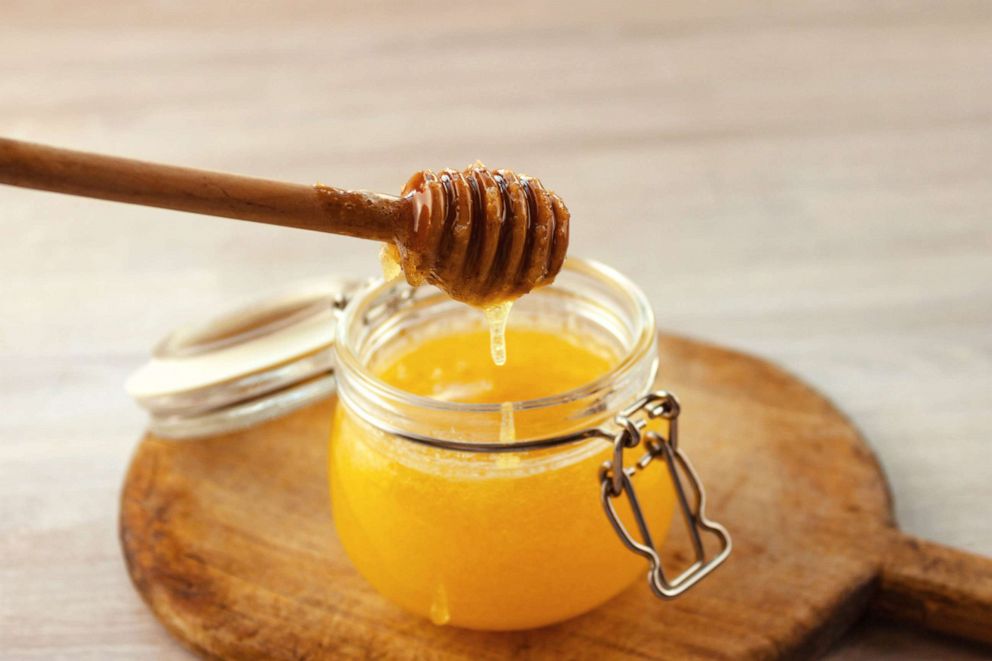 "Honey is a healthy substitute, but it tends to take over [the flavor] and it's all you can taste if you eliminate sugar and replace it with honey entirely," Yosses who is back in Washington D.C. for the Centennial Confectioner Residency at the Hamilton Hotel, said. 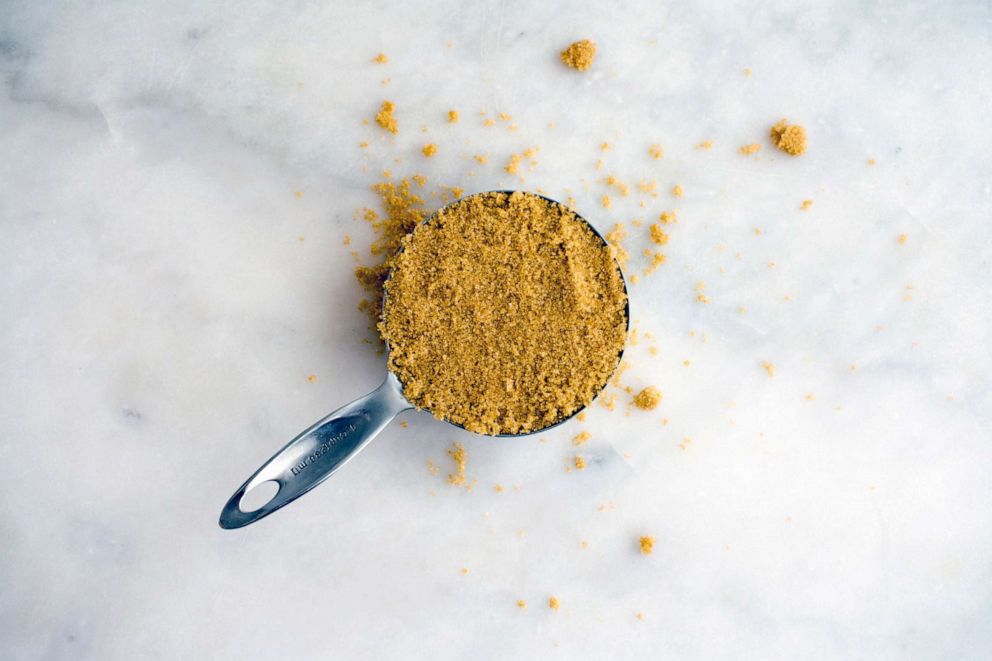 "Honey is a healthy substitute, but it tends to take over [the flavor] and it's all you can taste if you eliminate sugar and replace it with honey entirely," he cautioned.

Some bakers often encourage the addition of molasses to white sugar when light or dark brown sugar is in short supply, but the chances of having that in the pantry instead seem slim, so Yosses made another suggestion: make a quick caramel.

"When you make caramel from sugar, you add water and white sugar to a pan, bring it to a boil, watch it carefully and eventually it starts to brown, turning into caramel," he explained. "So it has that sort of brown sugary flavor, it just has to be treated differently at that point because once it's cold it turns hard. At that point, dilute it with cream or butter and that could be an interesting replacement -- I think it tastes better than brown sugar."

Helwig added separately, "One substitution I make all the time depending on what I have on hand is between light and dark brown sugar. Yes, dark brown will give you a deeper, more caramel flavor, but it's totally fine to substitute one for the other."

If you do have molasses, use this easy tutorial for homemade brown sugar from cookbook author and food creator Nicole Keshishian Modic.

Another great hack, especially for topping cakes, tarts or cookies, when you don't have powdered sugar is to whirl up half a cup of white, granulated sugar in the blender until it becomes a fine powder. 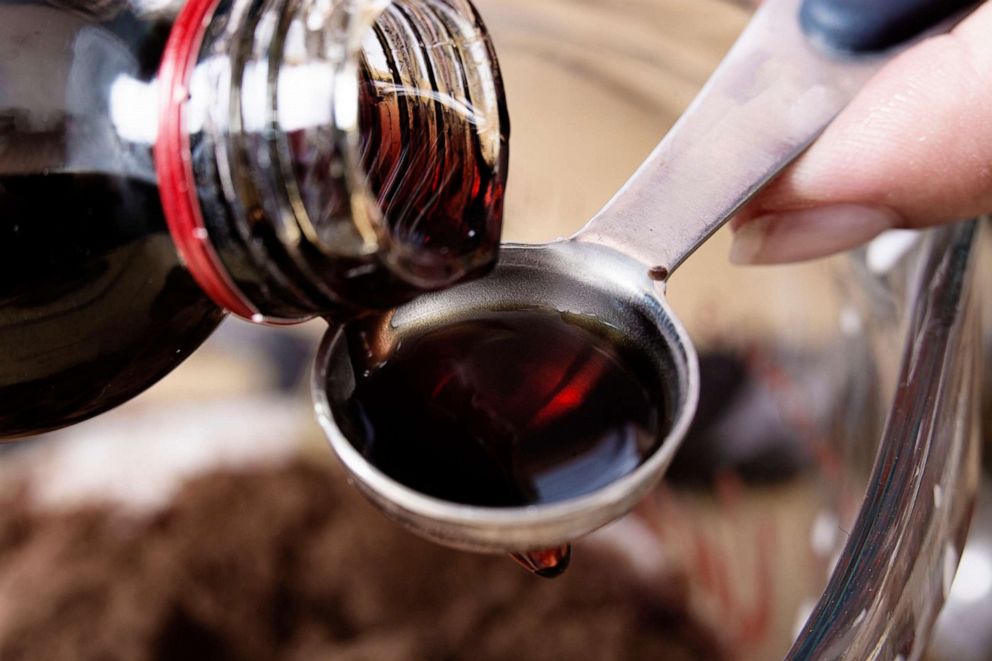 STOCK PHOTO/Getty Images
A teaspoon of vanilla is being measured in this stock image.

Using whole vanilla beans and scraping out the inside seeds or vanilla bean paste are both great swaps for the extract. But you can also make an extract by putting about six whole vanilla bean pods in an 8-ounce jar, cover it with a cup of vodka (the neutral flavor won't mask the vanilla). 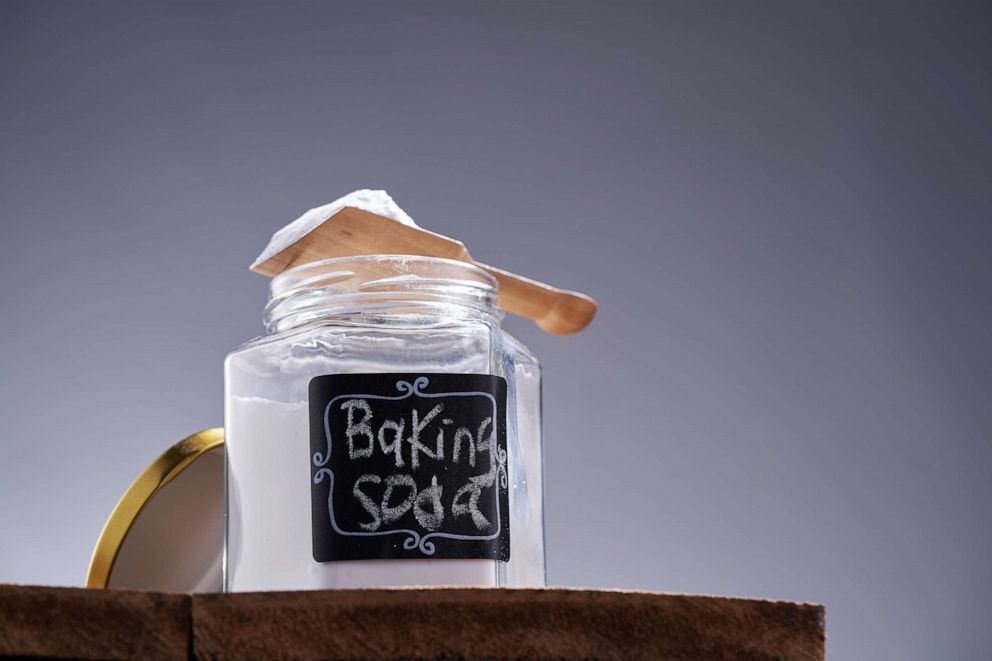 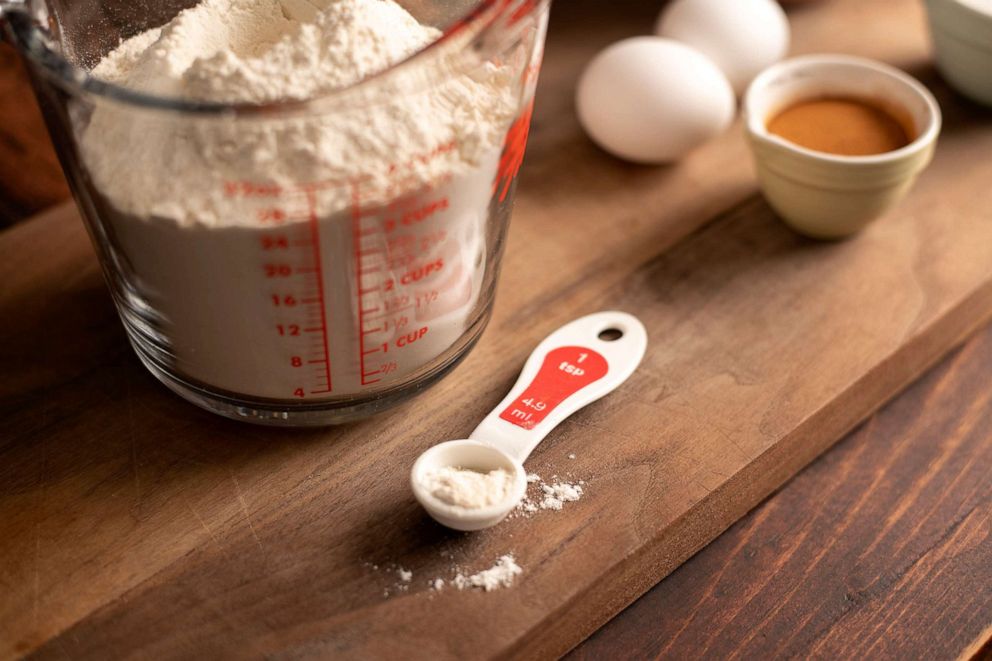 "More and more cookie recipes these days are calling for whole grain flours like rye and spelt," Helwig said. "If I don't have them around, I'll swap in half whole wheat flour and half all-purpose flour."

If a recipe calls for an ounce of semi-sweet chocolate, add half a teaspoon of granulated sugar and an ounce of unsweetened chocolate to achieve the same taste.

Other tips and takeaways for baking substitutes

Helwig advised that home bakers avoid "more than one swap per recipe" because "more than that and the entire recipe could be thrown off. And, of course, the smaller the swap by volume, the less likely it is to affect your final product."

"To me, it's more about mindset than technicalities," she added. "If you have the time and energy to go into a baking project with a sense of adventure, then I say go for it. Keep track of the changes you made and make note of the results. If the finished product is a true disaster, and you're on the hook for it, feel no shame and head over to your grocery store's bakery department for a replacement."