Jesse Tyler Ferguson has found some silver linings amid quarantine: spending time with his first child, Beckett, hosting dinner parties on Zoom with friends and developing delicious recipes for his debut cookbook, even when stores have been short on ingredients.

"Good Morning America" caught up with the new father and award-winning actor about the changes in his daily routine since the series wrap of "Modern Family" and the "happy accidents" that have ensued since the pandemic hit.

"I've been cooking a lot since quarantine began," Ferguson said, whether it's for his husband, Justin Mikita, or extended family members who have been by to help with their now 3-month-old son. "It's a nice, very meditative thing for me to be in the kitchen. It's a much-needed thing to sort of calm down." 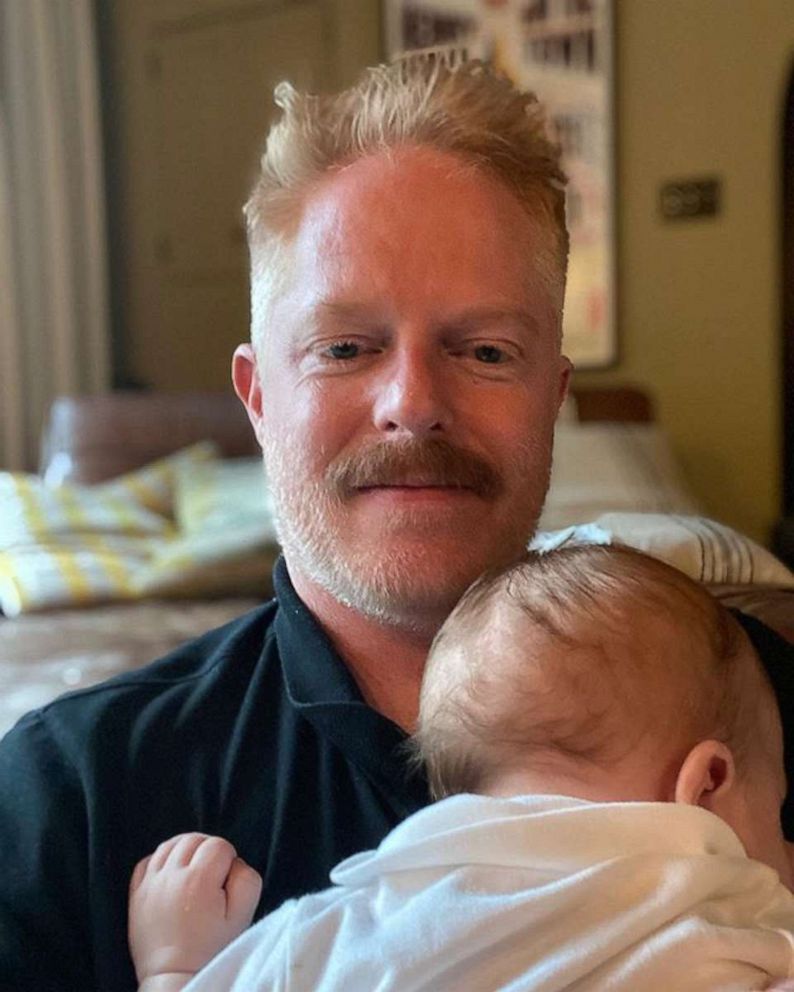 jessetyler/Instagram
Jesse Tyler Ferguson holds his infant son in this image he posted to his Instagram account.

"I try and look for the silver lining in anything, so for me being a new dad, it's been great that work has sort of tapered off a little bit," Ferguson said after "working consistently on one job" for the past 11 years. "I've had more time to be home with Beckett and get to know this new person in my life, so that's been really wonderful. At the same time you can get very exhausted being a new parent, so being the one who cooks in the house is great because sometimes when I need a break, I'm like, 'Uh, I need to make dinner,'" he said with a laugh.

When asked if he'll be preparing baby Beckett's food once he graduates from milk to purees, Ferguson said with a laugh, "I'll try making one or two batches -- but mostly, I see myself going to the grocery store and buying the stuff off the shelves. Other people do it better."

Once he wrapped his final season as Mitchell Pritchett, Ferguson thought "it was sort of like this nice little break to actually have more time at home and then, you know, quarantine happened, so we had to sort of lock down in place, which was challenging cause I was excited about some freedom."

But the home cook and food lover-turned blogger found another escape in his own kitchen during the pandemic, thanks to his upcoming, debut cookbook, "Food Between Friends," with close friend and recipe developer Julie Tanous. 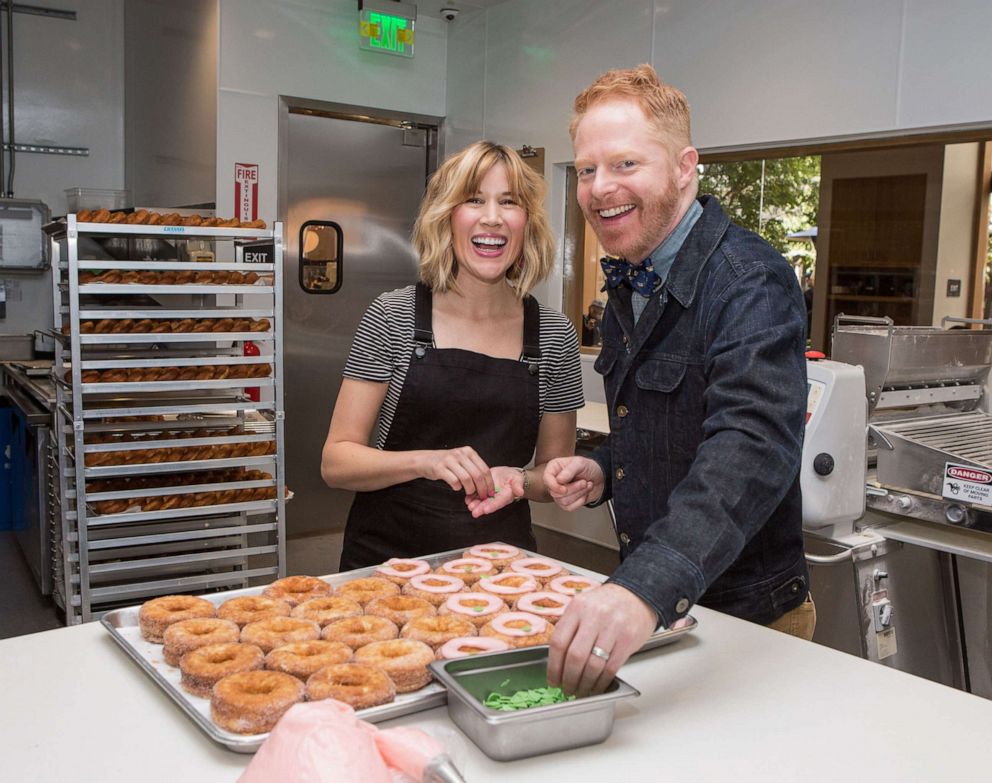 "It's really a product of our friendship -- she's from Birmingham, Alabama, I'm from Albuquerque, New Mexico -- so it's sort of a hybrid of the food we grew up eating told through the lens of our friendship and living in L.A. now," he explained

Like so many Americans however, Ferguson said grocery store product shortages when quarantine kicked in threw a wrench in his culinary plans.

"In March, I was still testing recipes -- so there was a really kind of complicated time where we all had the same issues like, 'Where's the chicken? There's no chicken anywhere,'" he recalled. "It was definitely challenging to still be in the testing phase of the cookbook while we were so low on ingredients, but we made it through and there's actually a lot of recipes in the book of having to develop things in quarantine. There was some happy accidents that way."

Ferguson said his husband "is not much of a dessert person, which is actually horrible for me because I am a dessert person," but he was able to craft one confection for the upcoming book that combines two of their favorite desserts. 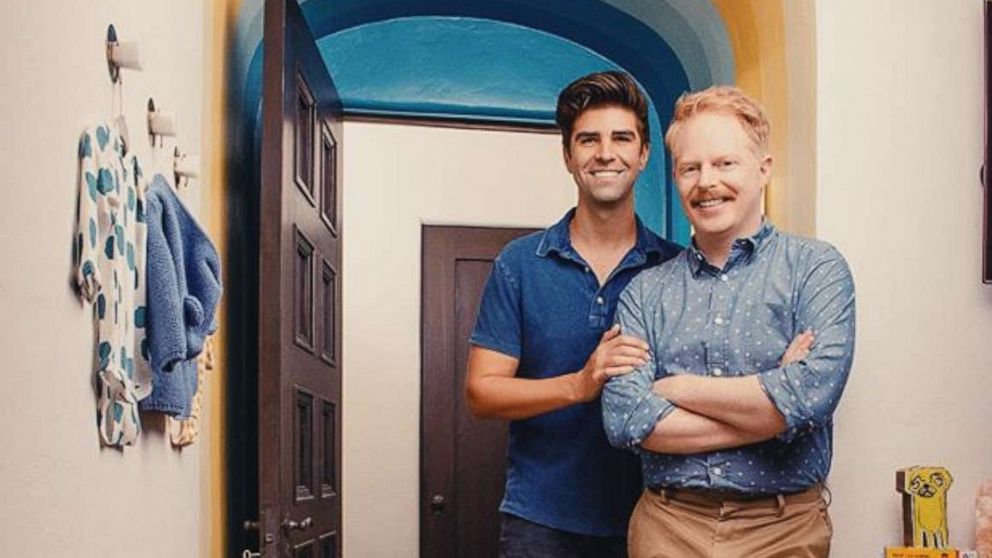 "The one dessert that he absolutely adores is tiramisu. So we did a tiramisu tres leches cake, which is sort of an homage to my roots in New Mexico and the tiramisu flavors that he loves so much," he said.

He also developed a savory recipe for baked chicken tenders with homemade ranch dressing for his beau.

"He's the type of guy that when we go to a hotel he'll look at the room service menu for chicken fingers, it's like the one thing he wants, so he demanded I put chicken fingers in the cookbook," Ferguson said with a laugh.

On top of his acting titles and credits, Ferguson said he's added a new term to his top billing. "I consider myself a flexitarian," as someone who loves to "sort of switch things up in my kitchen."

"I'm always looking for really clean ingredients that are rich in nutrition, but most importantly, it has to taste really great," he explained, adding that was a key factor in his new partnership with OZO products. "OZO hits all of those things for me, it's a super-versatile plant-based protein, I just love the way it tastes."

Like most of us who have experienced cooking fatigue or burnout amid the pandemic, he said "you get very sick of the same things -- I had the same three recipes in rotation." But Ferguson has spiced things up with recipes like green chili swiss burgers and a spicy Thai basil salad, which he recently made for his mother-in-law, who gave it rave reviews.

"I'll send a recipe to some of my friends early in the day and we'll go out grab all the ingredients, and then we'll just cook together [on Zoom] and make dinner that way, which has been a fun way to keep in touch with some of my friends who are on the opposite coast," he shared.

Even though holidays may look a little different for most families this year, Ferguson said he is "actually really excited to just stay home."

"Because it's Beckett's first Christmas, so that's a very special time for us. I gotta find a new stocking for him, he's not gonna know what's going on, it's more for Justin and I. We'll dress him up and do the Christmas card thing," the actor said. "I'm always the one to do the holiday cooking and this year I have no excuse 'cause I have all the time in the world, so I'm definitely going to have to do that."

As people prepare for their seasonal celebrations, Ferguson's top tip is to "focus on one big thing and ask other people to handle sides -- really nail one thing well and don't overextend yourself."

"My main advice would be just to prepare and plan ahead," he added. If you have extra time its good to start a few days early so you're not doing it all on the last day."

As for the centerpiece recipe he's going with this year, Ferguson revealed "I just google whatever Martha Stewart is doing."

His partnership with the plant-based brand will also give back to food-insecure families across the country.

"OZO is donating $1 million worth of products to food banks across the country and that's just so important to me," Ferguson said. "Especially in times like this that we're in, hopefully people are thinking more about their neighbors and the people that are less fortunate than them, it feels like we're all in this together so hopefully that extends past quarantine, and we continue to look out for one another," he said. "I love that OZO is doing their part and being a part of that positive change."