After missing out on eating our way through new cities over the last year, "Good Morning America" Food asked chefs from around the globe to bring us into their kitchens and share a taste of their fare from afar.

Use this as your guide to explore a new culture and cuisine in three ways: In your own kitchen with the chef's advice below; eating at a local restaurant in your neighborhood or city that specializes in these foods; and as a conversation starter once you have the opportunity to safely travel. 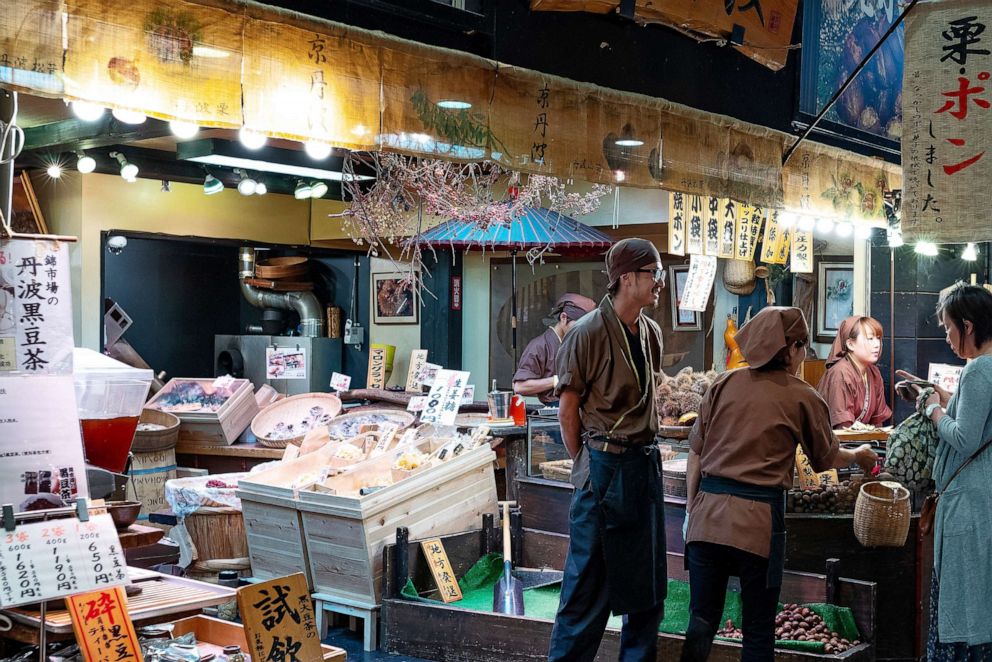 To start, we are taking a bite out of two century-old Japanese cooking styles that started out as street food and are now on fine dining menus: yakitori and edomae-style sushi.

Both chefs Kono and Nakajima were born, raised and trained in Japan before coming to the U.S. to further hone their craft and honor their heritage through food. 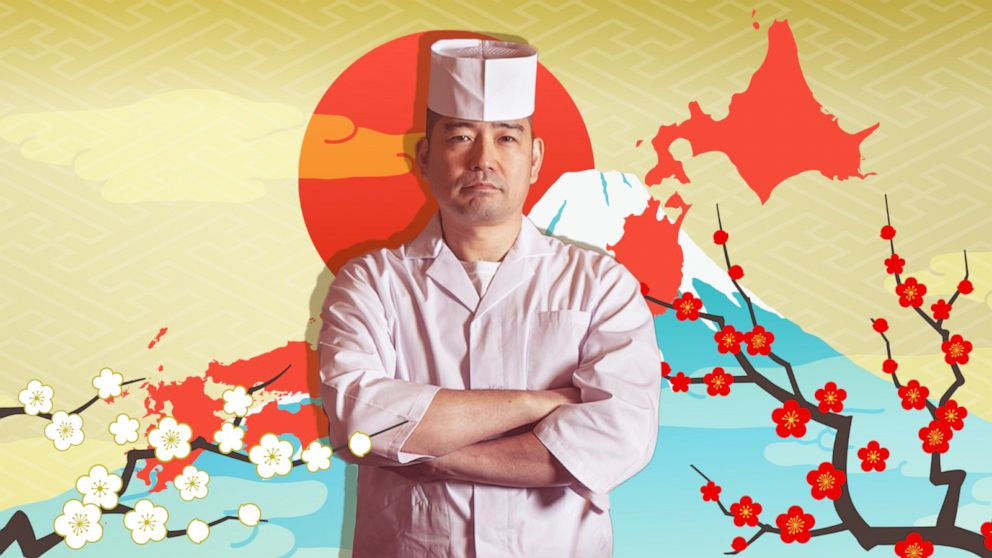 Chef Kono, who was born and raised in Saitama, Japan, told "Good Morning America" he thinks of three essential principles when it comes to how cuisine highlights the beauty Japanese culture. 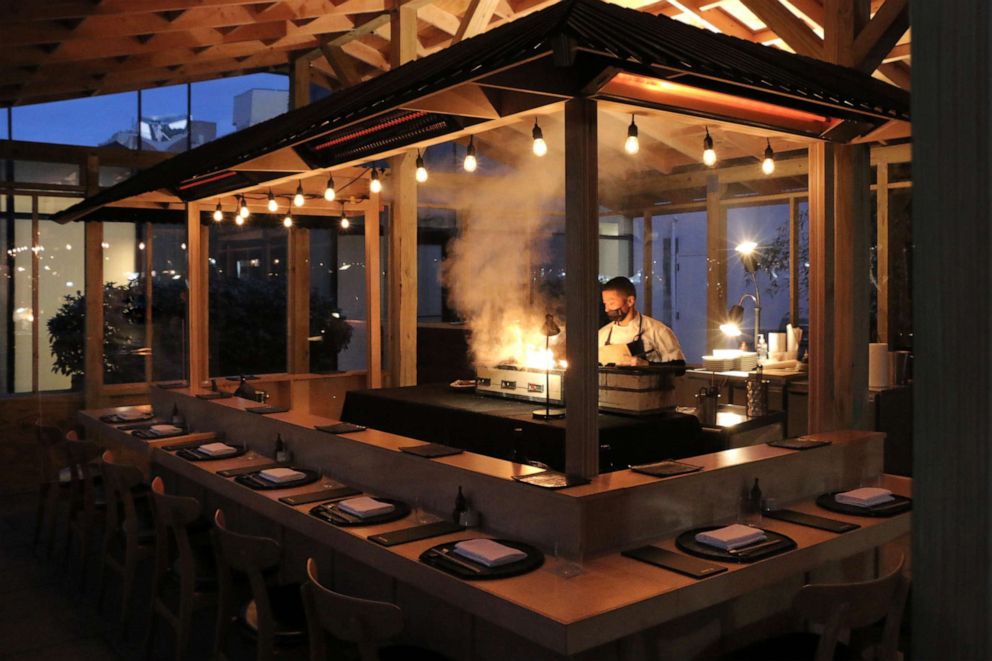 Respect for ingredients:
to respect all ingredients and present them in the best way possible.

Cook without waste: to think about the best process and cook the ingredients without wasting.

Seasonality and occassion: to be heavily influenced by the seasons -- both what ingredients are in season and what dishes compliment the time of year -- as well as to consider the occassion or setting.

Much like Kono, chef Nakajima who was born and raised in the Kanda neighborhood of Tokyo as a true "Edokko" -- a child who comes from a lineage that spans at least three generations in Edo (Tokyo) -- agreed that at its core, authentic "Japanese food is heavily affected by the seasons." 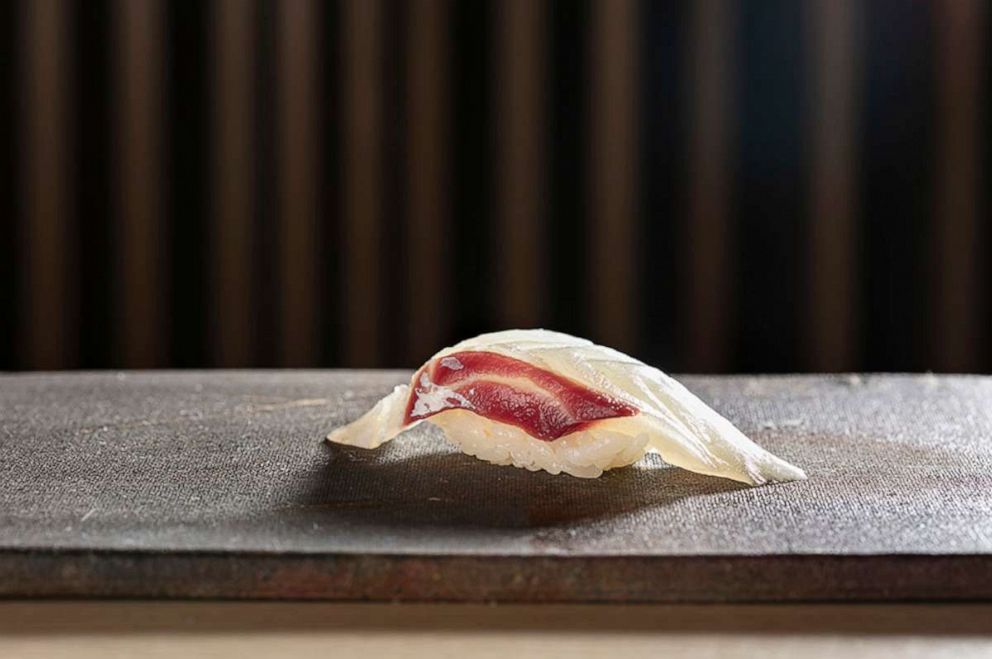 "As a sushi chef, for example, there are certain ingredients and preparation styles based on which of the seasons we are in at the time," he explained. "There are many flavors within Japanese cuisine, but for my work, I believe that the freshness and quality of the ingredients matter more than the actual ingredients."

Flavor profiles and ingredients can vary by region and preparation, but Kono said: "I think the main signature flavor that makes Japanese cuisine is soy sauce. I can't make good Japanese food without soy sauce -- it's like salt for all other kinds of cuisine."

As the executiive chef at Chikarashi Isso a pop-up at the Hotel 50 Bowery in New York City, Kono serves up traditional charcoal grilled skewers with a fine-dining flare that channels his upbringing in Saitama and culinary training to deliver a Kappo-style menu, in which a multi-course meal is left entirely to the chef. Kono presents an eclectic mix of dishes that best reflect his mastery behind the grill. 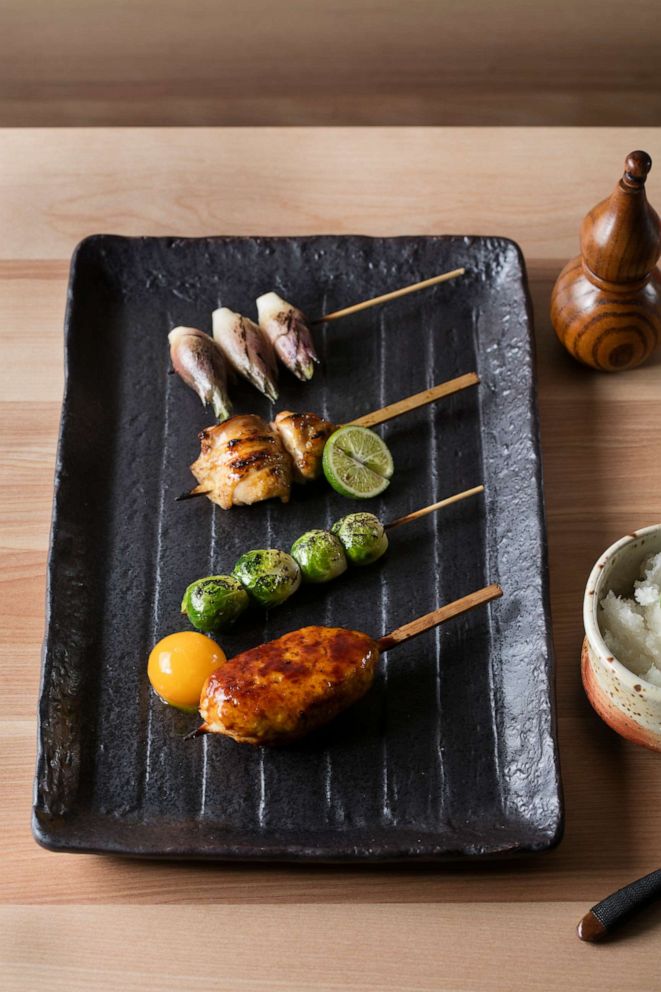 He said small Amish chickens sourced from local farms in Pennsylvania are the "star ingredient," amplified by his "tare sauce that creates his signature yakitori flavor. It's a thick sweet soy sauce -- I have my own recipe I’ve been using for years."

Nakajima has sharpened his unique culinary identity through the Tokyo style of cooking that he said originated in the days when refrigeration was not an option and "involves specific techniques of marinating, curing, broiling and preserving fish with salt and vinegar."

The chef, whose career began at 18, worked his way through the ranks in Ginza and Shinjuku, before coming to New York in 1997 where he's worked in an array of exclusive sushi establishments and last spring opened his debut namesake restaurant, Nakaji, fulfilling his father’s lifelong dreams for him. 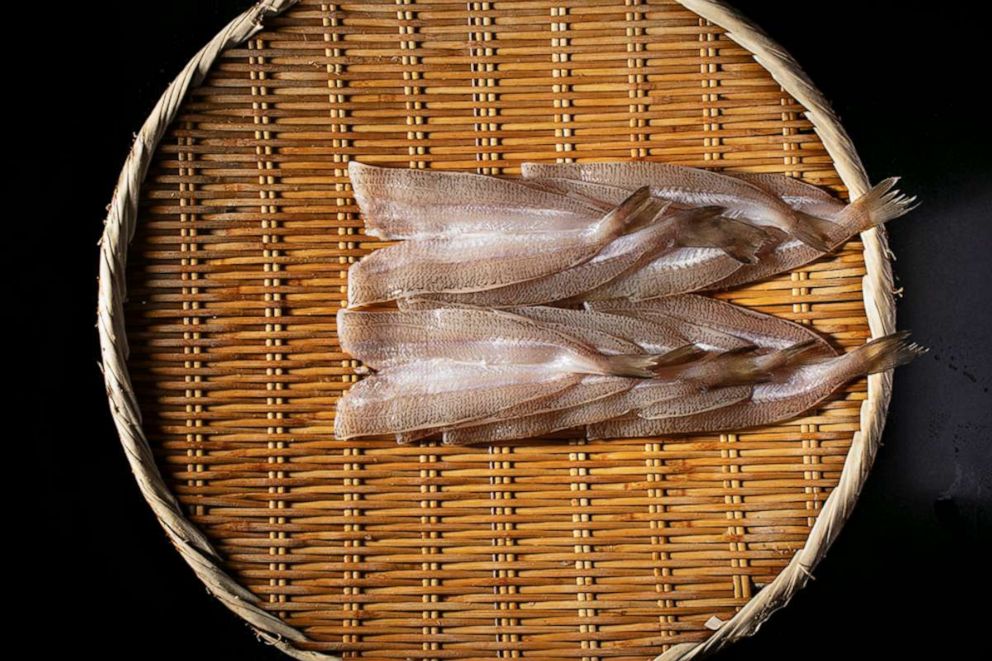 "Here at Nakaji, we try to preserve these old-style techniques that have been passed down from generations," he said. His family recipes include ingredients such as cured kohada, a small Japanese fish; anago, saltwater eel; and fresh tako, which is fresh octopus.

"The star of the show is always the fish so it's important that the added seasoning or cooking method does not mask the original flavor of the fish," Nakajima said.

Some of the common flavor profiles used in his cooking includes "zest from Ponzu citrus or vinegar citrus," which he uses for a giant clam sashimi. "Another flavor I use is mustard miso marinade. I marinade firefly squids with miso sesame as an appetizer. Lastly, I braise cooked fish collar -- "kama" -- with a sweet red bean soy marinade."

"There are so many traditional manners for Japanese cuisine," Kono said. "For example, how to cut the ingredients, pairing certain ingredients together, how to plate food which tends to be more minimalistic and how to present food to your guest."

Back in Japan, Kono was influenced by Kyoto-style cuisine, which he said "respects local ingredients and the seasons" and "is known to be more strict in terms of the chef's manners and presentation." 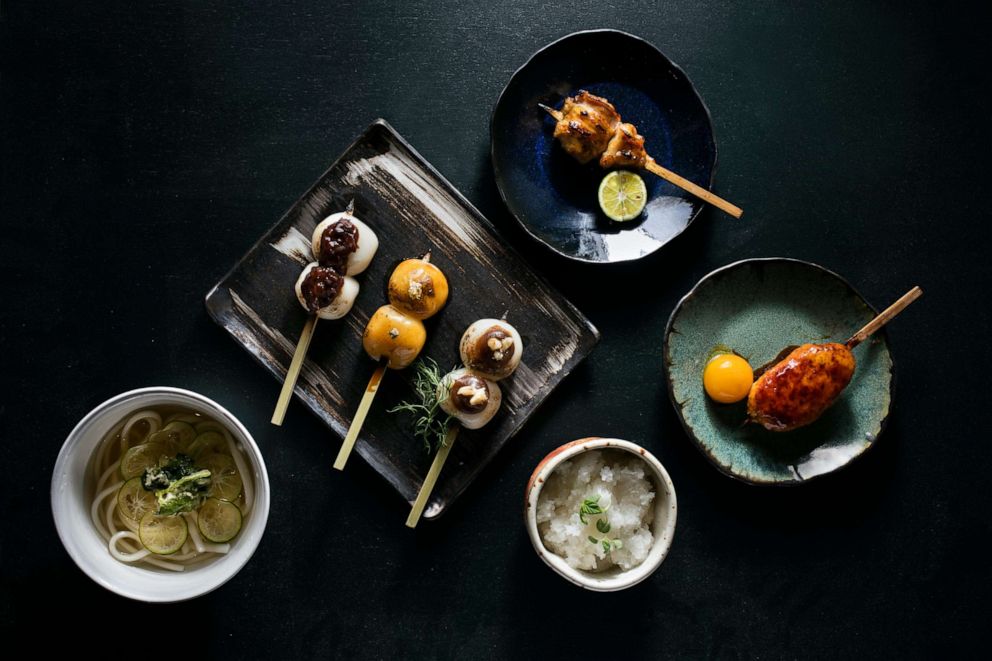 Now, in New York, he said he's "been creating Kappo-style cuisine, which can be described as seasonal small plates that are presented to guests in a chef's tasting format. The guest and chef interaction is key in kappo-style cuisine, so you’ll often see the chef at a counter setting. I usually present kappo-style appetizers before I go into the main event of the yakitori skewers at my restaurant."

He has also drawn on inspiration from the U.S. -- "blending traditional Japanese ingredients and techniques together with ingredients found in the U.S." -- like his Chicken Pate Monaka which includes truffle cheese shavings using techniques he picked up stateside.

For Nakajima, the respect and practice in his particular culinary style was passed down through his family. 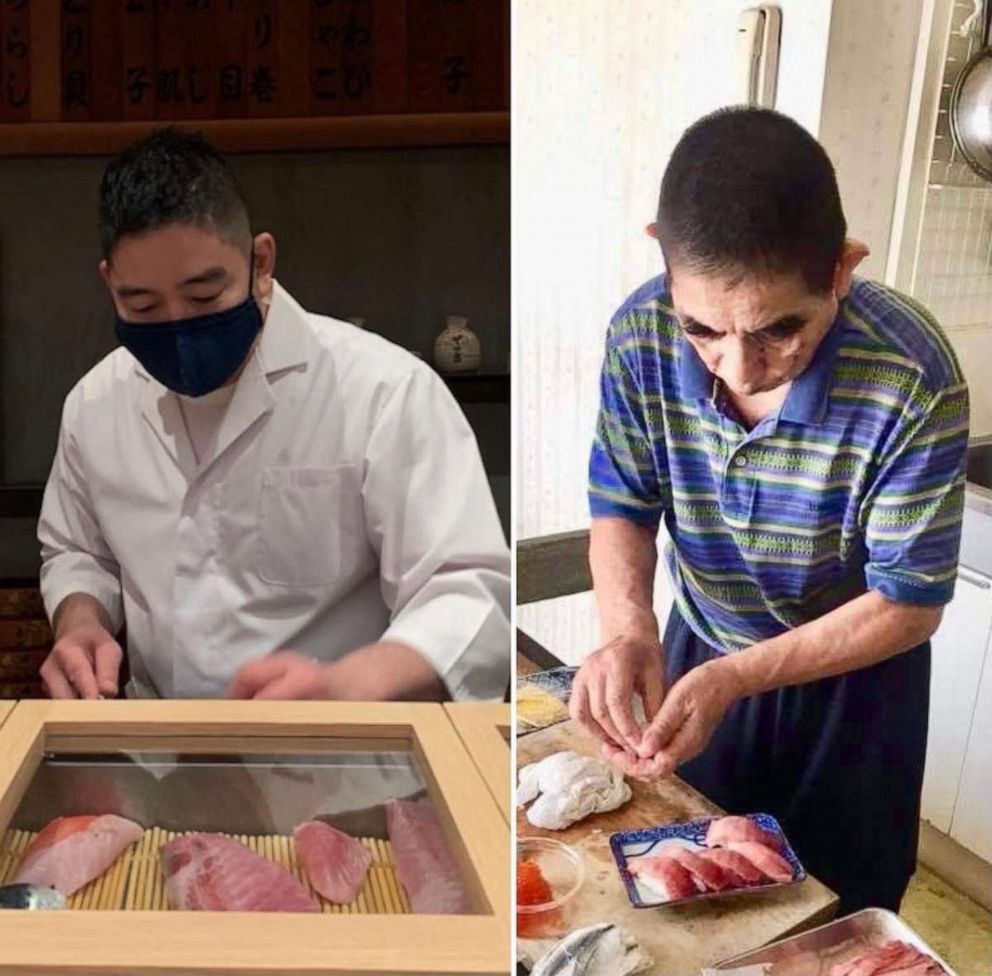 "As a Japanese chef, I like to keep my work ethic very strict and stable. These are the sort of values that have been instilled in me by my father and grandfather, who were also sushi chefs," he said. "I take a lot of pride in what I do and I believe in passing on a legacy."

How to try your hand at authentic Japanese food at home

"The most important thing is having an ''omotenashi' mind -- meaning hospitality," ATS said. "You need to think about the people who eat your food and imagine their smiles."

As for attempting yakitori at home, Kono recommended "buying a whole fresh chicken from the local farmer's market, preferably smaller in size and organic. You can watch my videos on how to break down a whole chicken to make 13 different skewers."

If those skills are too advanced, he said "ask your local butcher to provide basic chicken parts like the wings or the thighs."

Another pivotal part of the process to staying true to authentic yakitori is "the use of binchotan charcoal, which burns at extremely high temperatures," Kono added. "If you have a barbecue pit that can hold these charcoals, that would be ideal. Otherwise, I recommend home cooks use a toaster oven to grill the yakitori skewers. The oven can create a decent char."

When it comes to replicating edomae-style sushi in the comfort of your kitchen, Nakajami said: "the most important thing is to get the freshest ingredients possible. Even the wasabi used should be fresh wasabi. Check your local fish markets or farmer's markets for the freshest seafood and vegetables," he added. "Fresh wasabi can usually be found in specialty Japanese grocery stores."

"Always get to know your chef," Nakajima advised. "And don't be scared to ask for their specials and-or what the staff recommends. If you want to [help] support financially, try the expensive sake."

Try an "Izakaya-style restaurant," Kono said of the Japanese pub food that's "a good way to familiarize yourself with Japanese comfort foods and ingredients, especially if you’re new to the cuisine."

"If you’re looking for an authentic experience, I’d recommend trying yakitori. You can experience eating all the different parts of chicken on skewers that are grilled over binchotan charcoal. Yakitori skewers are for everyone," he said. "You can choose cuts of the chicken that are more standard or go 'advanced' with pieces such as the chicken gizzard or liver. The skewers are smokey, some are crispy, some are so juicy. Also, don’t forget to order sake with the yakitori. It makes a great pairing."

Advice for exploring Japan through food 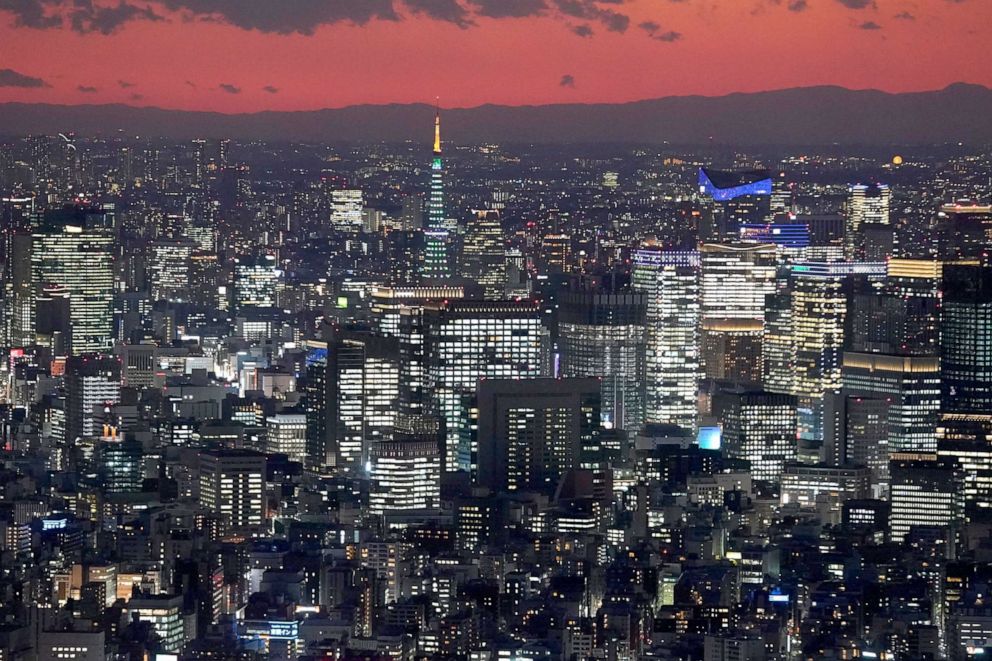 Because there are so many unique food cultures in Japan depending on the area, Kono said "don’t be afraid to venture off into little alleyways of Tokyo or Kyoto."

"Sometimes the best yakitori restaurants are hidden in these alleyways, where you’ll experience being seated next to other diners in front of a yakitori chef," he added. "You won’t miss it! The smoke and smell trails off into the streets."

Similarly, Nakajima said "visit the local shops and restaurants" because "they have a different and authentic energy from the corporate places of Japan."