Burrito skulls are a delicious and spooky way to get in the Halloween spirit this October.

The recipe is one of Pinterest's top-10 Halloween recipes of 2019. I made all 10 recipes to see how difficult or easy they were to actually pull off IRL. This recipe was one of the few of the bunch that could actually be eaten for dinner, which I loved, and was one of the few savory recipes I got to make.

I changed the recipe a bit by using my go-to taco meat recipe and instead of making the dough from scratch I used pre-made Pillsbury crescent roll dough. If you're looking for an eerie, but fang-tastic tasting Halloween dish, then this is one you should try! 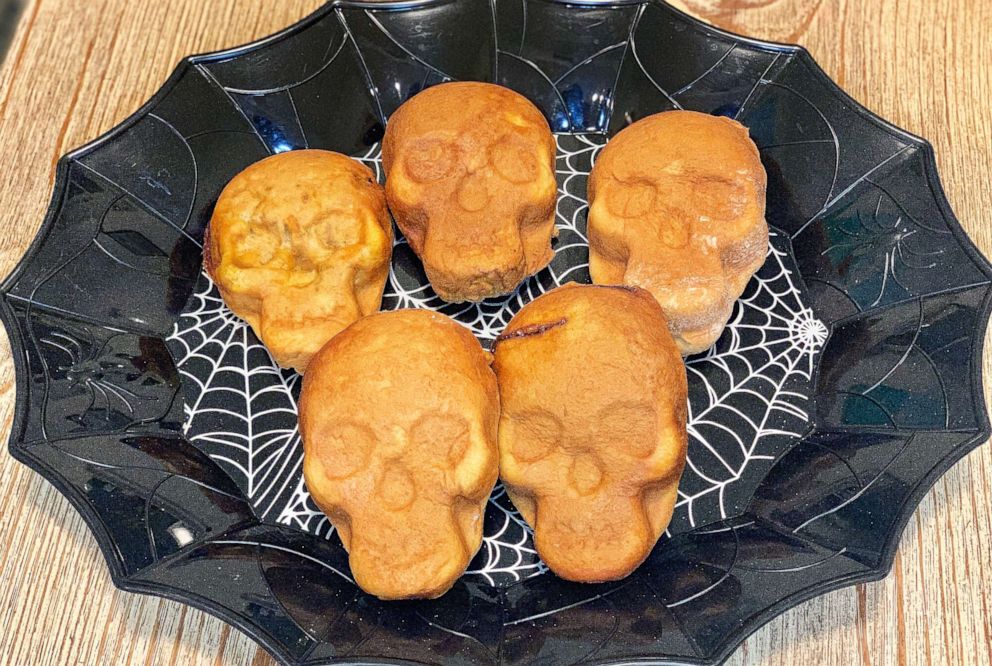 ABC News
I made Pinterest's top 10 Halloween recipes of 2019, which included skull burritos.

This recipe was delicious and one of the few besides the Mummy pizzas that I got to eat as a real full meal. But I definitely made more modifications to this recipe than the others.

First off, I didn't want to make my own dough from scratch so instead I looked to buy puff pastry sheets of dough. When I couldn't find it, I bought Pillsbury crescent roll dough, but since the perforated lines are already in the dough, I ended up having to flour a table and roll out the dough anyway so I might as well have just made it from scratch.

The crescent roll dough is definitely not the same as the homemade burrito dough -- it's a lot thicker and fluffier -- but it still tasted delicious. The thickness of the dough also prevented it from visibly taking on the shape of the skull, as the recipe's thin burrito dough did, and although you can see they are skulls the effect isn't as dramatic.

I also edited the taco meat recipe, using ground sirloin, taco seasoning, corn and cheddar cheese like the recipe calls for, but subbing in a cup of jar salsa for the tomatoes, nixing the black beans and adding onions and peppers instead. The recipe was DELICIOUS. This will be a hit at any Halloween party hands down and will go like hot cakes! In fact, I just made five of these since I only bought one package of Pillsbury crescent roll dough and my fiancé and I gobbled them up for dinner and wished we had more.

If I were to recreate this recipe again for a Halloween event, I'd definitely keep the taco meat just as I made it, but would make the dough from scratch so that it looked and felt more like a burrito.