The former first lady is leading a new effort to fight hunger and food insecurity in the U.S.

In tandem with the debut of Michelle Obama's new kid's food series "Waffles + Mochi" that began streaming Tuesday, she kicked off a new nonprofit campaign with Partnership for a Healthier America.

Thank you to all of our partners for their support of our Pass the Love campaign with @PHAnews. Join us by donating to help get healthy meals to families in need at https://t.co/s0WCBvE8HK. https://t.co/3m8npdZvGR

The joint venture, called Pass the Love with Waffles and Mochi, will aim to provide over a million meals to families who are experiencing food insecurity and struggling to get food on the table, especially amid the trials brought on by the pandemic.

"It's no secret that the pandemic has made this a tough year," Obama said in a video for Partnership for a Healthier America. "We want to make sure that no matter where you live or how tight your budget, you can access good food for your family." 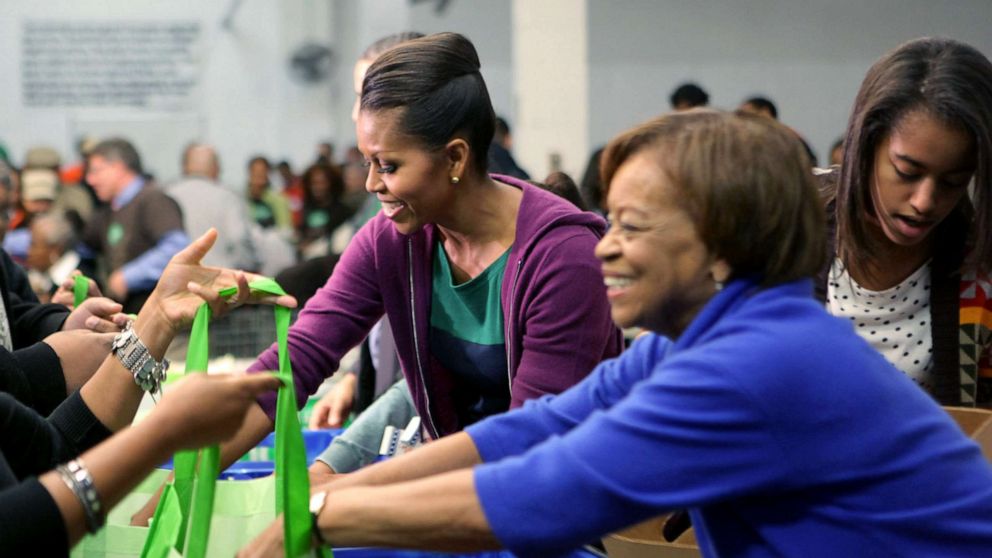 The Pass the Love campaign will work with partners and donors to raise funds to distribute meal kits curated by food service organization Genuine Foods to families across the country.

"Each box will include high-quality ingredients, and easy, replicable recipes to create three family meals that are fun, fast, and affordable," according to the campaign's website. "All recipes will be inspired by or featured in Waffles + Mochi and will support children participating in the cooking process and earning ingredient badges."

We’ve all seen the lines at food banks and heard about those struggling to put food on the table during the pandemic, so I hope you’ll join our Pass the Love campaign to help provide more than a million meals to families in need. You can get started at https://t.co/s0WCBvE8HK. pic.twitter.com/QzHAWIJFU4

The 57-year-old mother of two plays a supermarket owner on the show, which supports "kids and grown-ups cooking together in the kitchen and connecting to cultures around the globe," according to Netflix.

Obama, who also serves as an executive producer, will assist her two puppets, Waffles and Mochi, with "global ingredient missions, traveling to kitchens, restaurants, farms and homes all over the world, cooking up recipes with everyday ingredients alongside renowned chefs, home cooks, kids and celebrities."

"I wish a program like this had been around when my girls were young," Obama said in a video on Twitter.