Consumer Reports is out with a new breakdown of its top picks for ice creams and frozen yogurts, this time looking at taste and the nutritional information for each dessert.

In recent years, the ice cream market has been inundated with a flood of new varieties of ice creams that claim to be sugar free, high in protein or low calorie. Nutritionist Dawn Jackson Blatner told "GMA" that while ice cream is not a health food, there are some options that hit a nutrition sweet spot.

Consumer Reports, a non-profit organization dedicated to product testing and consumer-based research, scored the frozen treats based on taste and texture as well as nutrition, including calorie amounts, sugar, fat and the kinds of processed ingredients in the frozen desserts. To even things out a bit, the tests only focused on vanilla-flavored products. 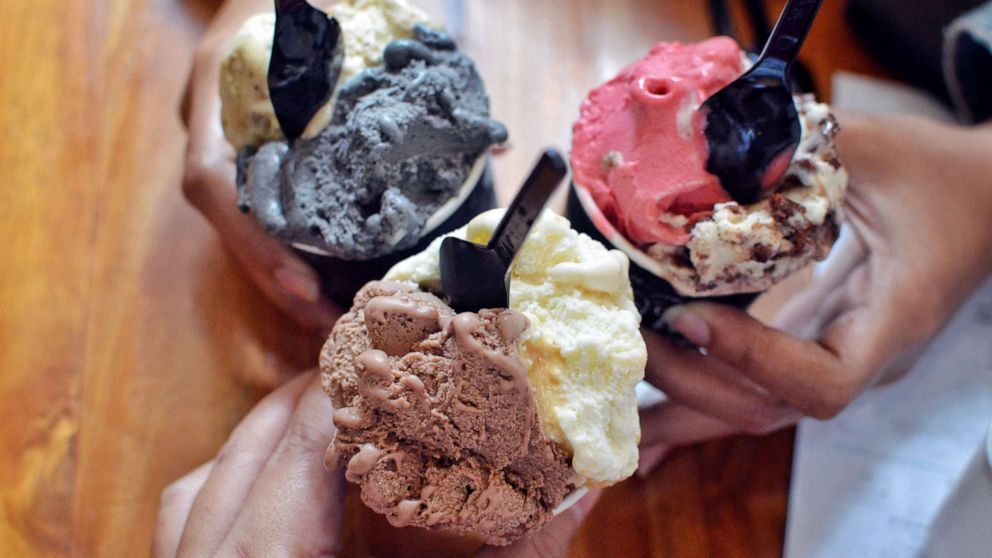 When it comes to nutrition in frozen desserts, there are really two camps, Blatner said. The old school options are low in fat, but often high in calories and sugar. Those in the new school trend are usually lower in calories and sugar, but the number of processed ingredients is higher. Whichever tub you opt for, Blatner recommended keeping managing your portions and advised against eating the whole pint in one sitting.

1. Consumer Reports' top pick was Blue Bunny Frozen Yogurt, which has just 110 calories per serving and scored high on the taste test.

2. Right behind it was the classic Breyers Ice Cream, a regular ice cream that has just 130 calories a serving and only four ingredients: milk, cream, sugar and vanilla.

3. Just behind that was another frozen yogurt, the Stonyfield Organic Frozen Nonfat Yogurt. This has just 100 calories per serving and is fat-free.

4. The NadaMoo Organic Dairy-Free Frozen Dessert tied with the Stonyfield frozen yogurt, but this one is a dairy-free variety made mostly from coconut products.

5. Next on the list was Edy's Slow Churned Light Ice Cream, a lighter version of the classic, which boasts just 100 calories per serving.