If you're the type to mull over a peanut butter purchase in aisle four or simply can't decide on the best snack foods or pantry staples, People Magazine has a new list of the hottest supermarket products to spark some inspiration.

The magazine's annual food awards tapped over 150 taste testers from 32 states, Washington, D.C. and Puerto Rico, to eat, drink, cook and rate nearly 1,300 new items, to decide the best of the best at the grocery store. 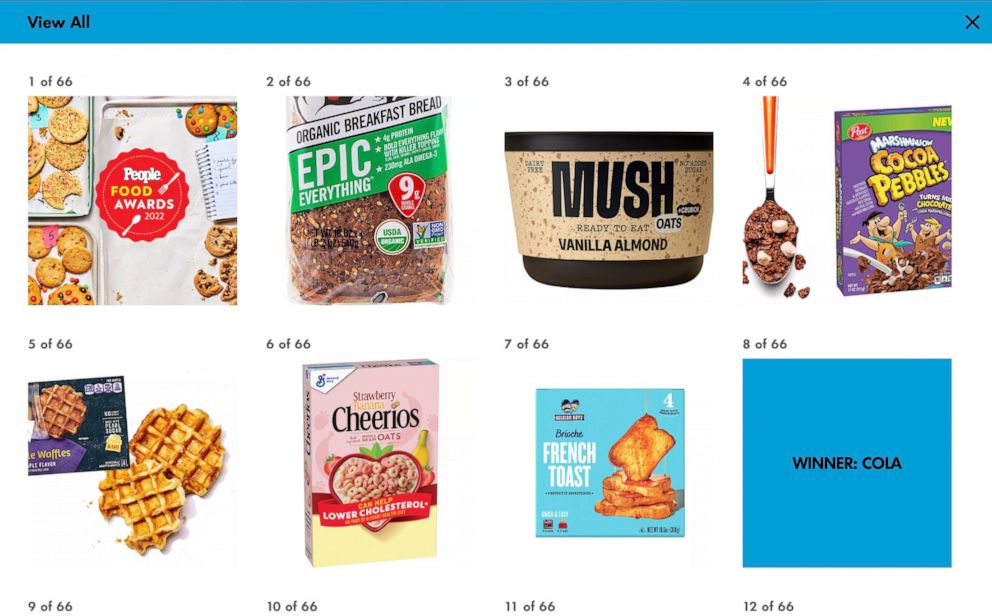 People Magazine
A selection of some of the top pick winners from the People Food Awards 2022. 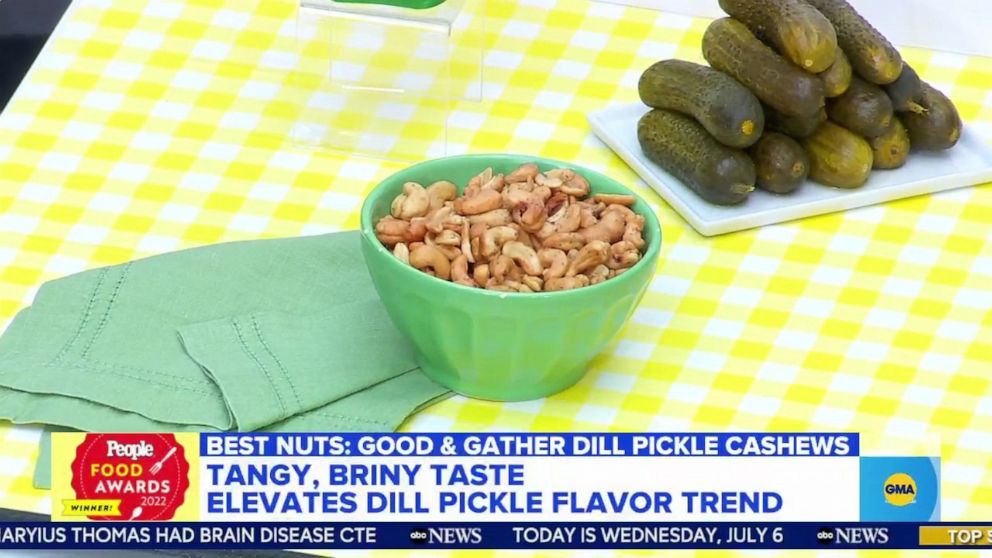 "If you love that kind of salty, briney, pickley flavor you'll love these," Dutt said. "It's this great combination of the crunchy buttery nuts tossed in this tangy bright salty brine. They're just so easy to snack on. Keep it in your bag, your desk at work and snack on them all day long." 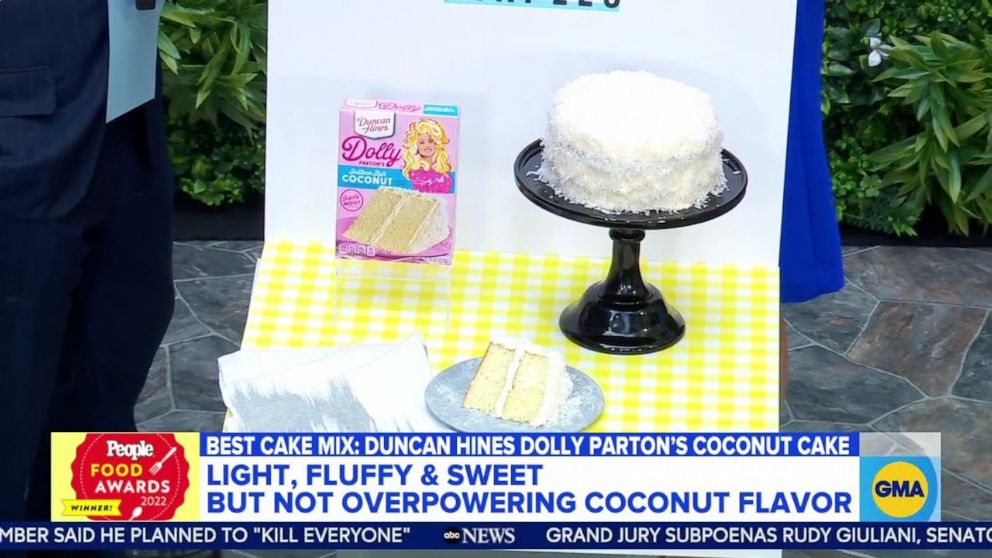 "This is a boxed version of her own coconut cake. It bakes up light and moist and sweet but not artificial tasting -- a lot of our tasters said it tasted homemade," Dutt said.

MORE: Dolly Parton reveals her dream duet and dessert partner to sing and bake with 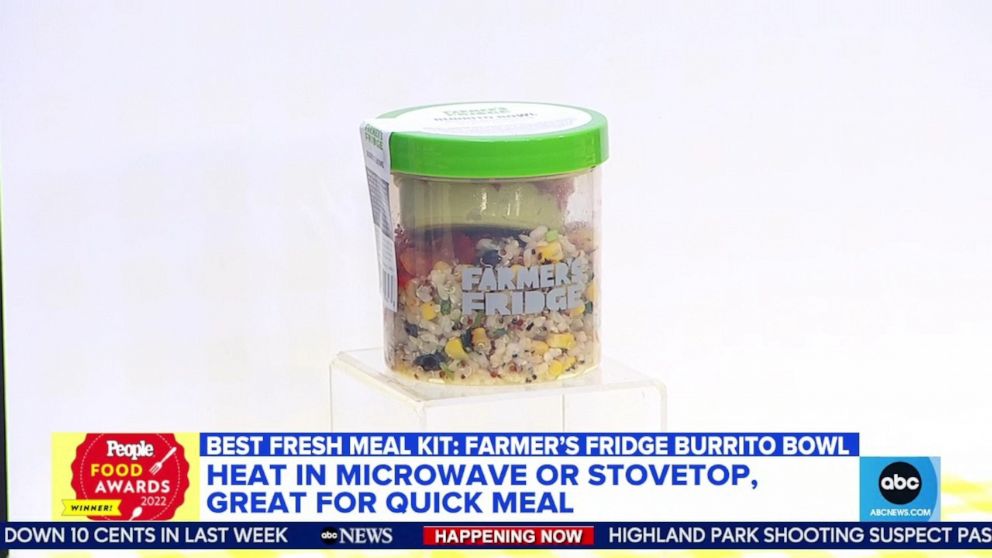 ABC News
A winning product for the fridge category of the People Food Awards 2022.

Dutt hailed this as an at-home version of a restaurant's build your own burrito bowl.

"It's layered with cilantro, brown rice, sauteed vegetables, fresh corn, black beans, there's even guacamole in there -- you don't have to pay extra," she said. "All you have to do is heat it up in the microwave for about a minute then add the guacamole on top." 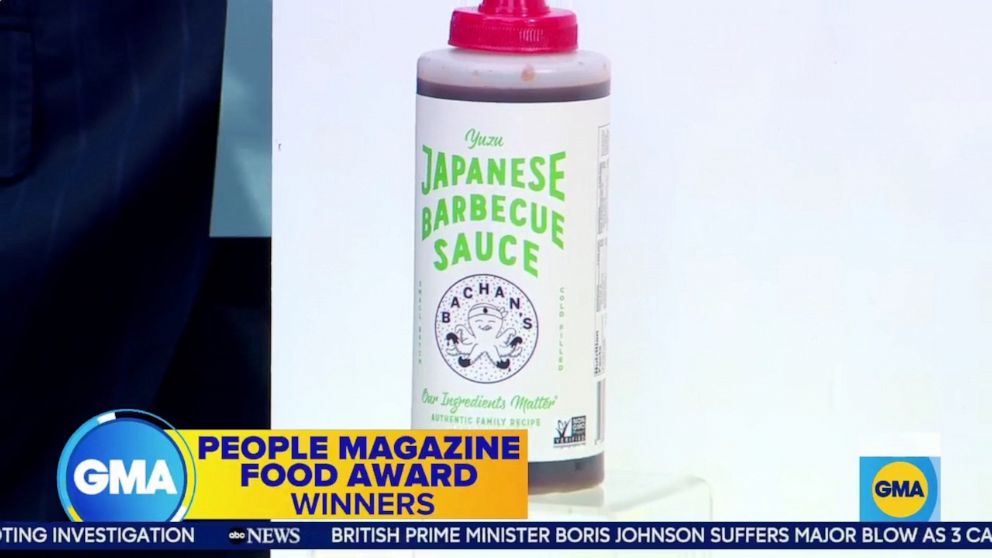 ABC News
One of the winners and top overall products in the People Food Awards 2022.

This Japanese barbecue sauce, which can also be used as a marinade, was "one of the top rated winners across the board," Dutt said. "It is an amazing blend of soy sauce and ginger and garlic and [you can] put it on anything -- grilled chicken, noodles, vegetables, we found endless possibilities for this."

The yuzu adds a lovely tartness which you don't get from barbecue sauce ordinarily. 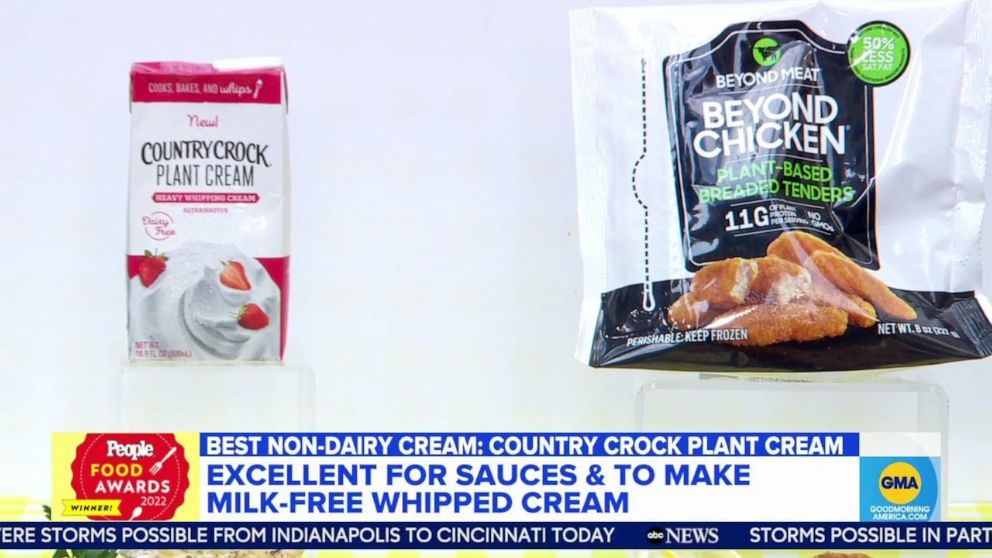 "Plant-based foods have come so far in terms of taste and texture and satisfaction," Dutt said.

"This cream is as close to heavy cream as I have seen in plant-based form," she explained of the unexpected lentil-based product, which can be used for a plant-based coffee creamer or whipped cream.

"Plant-based chicken has dramatically improved over the years," she said, adding that this has a "delicious crunchy coating on the outside and the inside is tender and juicy and shockingly chicken-like."