If a picture is worth a thousand words, this video of a little girl's reaction to her first taste of tangy salt-and-vinegar chips is worth a million.

"I warned her that they didn't taste like normal chips, but she still wanted to try them," her mom Laura Portwood-Stacer told "Good Morning America." "I thought she might have a funny reaction to the taste so I recorded her taking her first few bites."

I know we're all dealing with a lot on the timeline right now, but if you need a cleanser, here's a toddler eating salt and vinegar chips for the first time pic.twitter.com/hDgJ4PKphz

Her daughter, whose name was not disclosed for privacy, was nearly 3 years old at the time and had recently become a big sister which is why Portwood-Stacer "thought it was fine for her to have a treat since she was adjusting to the new sibling so well."

"I tried to keep a straight face while I recorded her eating the chips, because I didn't want to make her self-conscious, but it was tough," Portwood-Stacer said.

The mom said she was worried that eating them was painful so let her know she didn't need to finish by asking her "do you like them?' I was surprised when she said 'yeah' so enthusiastically!" 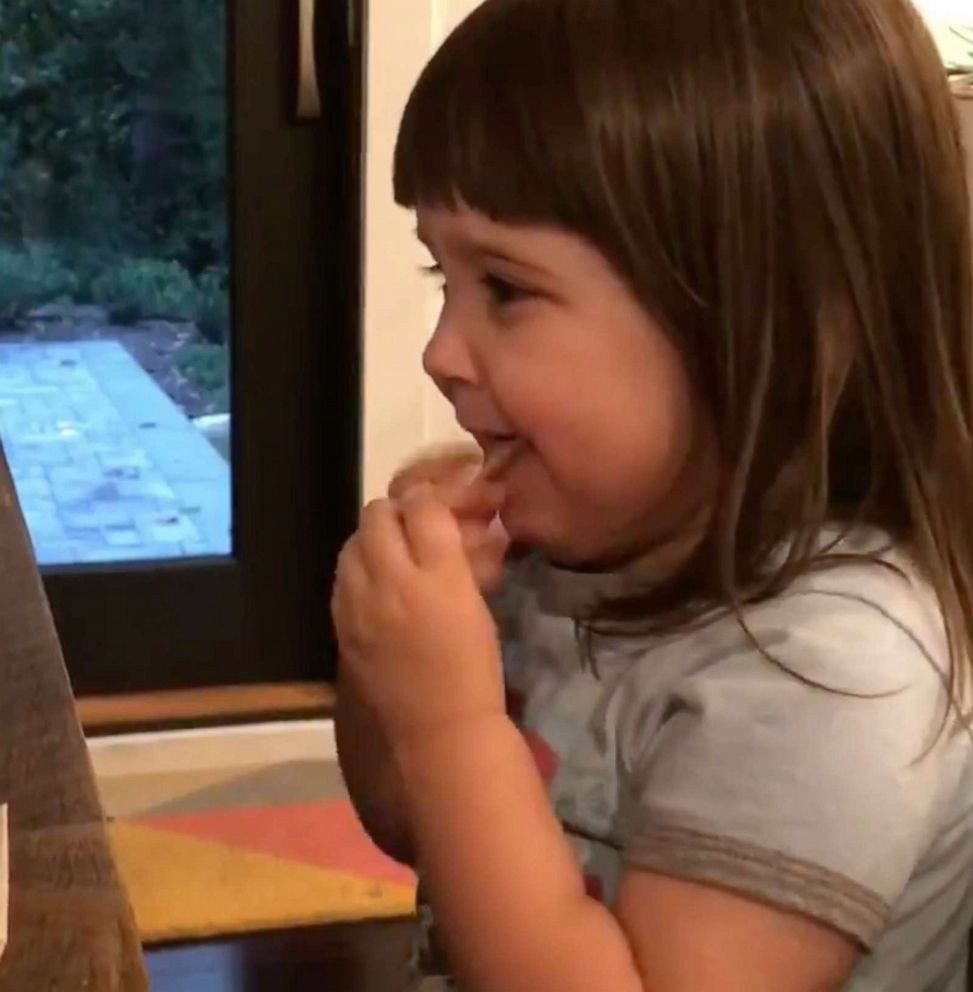 Laura Portwood-Stacer
Mom's video of her toddler's reaction to tasting a salt and vinegar chip for the first time went viral on Twitter.

Portwood-Stacer found the video that was first recorded two years ago thanks to an "on this day" memory notification on her phone and thought it would be a fun video to brighten peoples' feeds.

"I decided to post it again thinking it would entertain my immediate followers at a time when a lot of the news in our social media feeds is upsetting and dread-inducing," she explained. "I didn't expect it to go viral!"

The video has over 1.3 million views and nearly 75,000 likes and counting.

The mom of two showed the video to her now almost 5-year-old snacker and her response was "do we have any vinegar chips?"