After taking a passenger to her job at Tim Hortons, this Uber driver went above and beyond once the trip was completed and circled back to deliver a special surprise.

Buffalo-based driver Lamiyah Jabbar picked up a passenger named Diane on Aug. 3, and the two got into a conversation that prompted Jabbar's return later in the day.

Jabbar shared a sweet video from her car on her way through the Tim Hortons drive-through, saying she was "about to surprise somebody" and that she would explain all the details afterward.

She pulled up to the window and Diane was standing with an iced coffee. After a quick re-introduction by Jabbar, Diane said she remembered her from their shared ride earlier that morning.

Then Jabbar explained exactly why she was back.

"You said you [were] waiting till Christmas to get house shoes and some other stuff right? So you don't gotta wait till Christmas," the driver said. 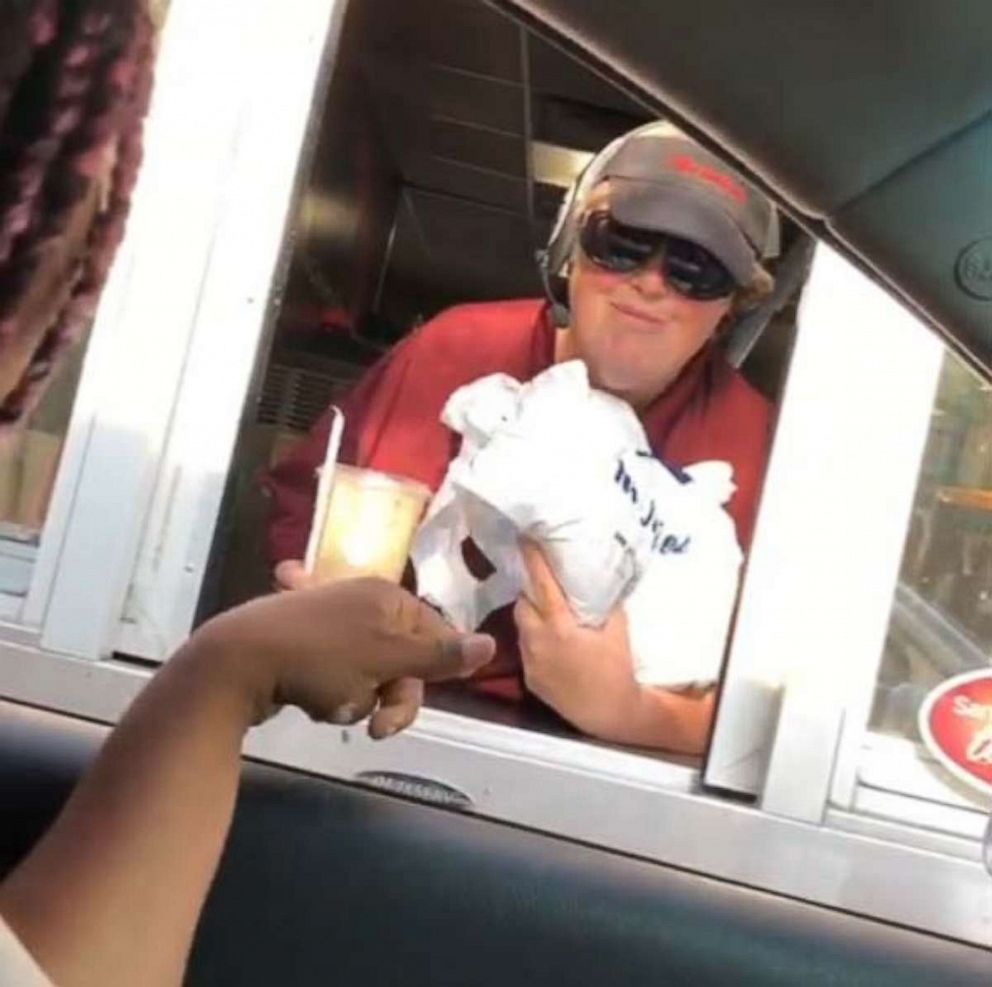 Lamiyah Jabbar/Instagram
Uber driver Lamiyah Jabbar surprised an employee at Tim Hortons with new clothes and a gift card after hearing her story driving her to work.

"Thank you so much, honey," Diane said, visibly overjoyed.

"That's your dress so you could wear it to church," Jabbar continued, handing Diane an Old Navy bag. "If you don't like it, the gift receipt is in there."

And as Diane's smile began to grow, so did the gifts.

"Here's a $50 Visa gift card, so you can take that and get your house shoes and your robe when it's time, OK?" Jabbar said, since Diane had apparently told Jabbar she was waiting to save money to buy those items for Christmas.

"Thank you so much," Diane responded. "This has been such a horrible day, you just made my whole day so much better. Thank you!"

"This was on my mind from the moment she got out my car, so I had to contribute ... can [you] imagine waiting till Christmas just to get a robe, house shoes and [an] outfit for church," Jabbar wrote along with her post on Instagram. "We tend to take things for granted, but why not help someone else if [you] can."

"She has to help take care of her grandkids and the house bills, so she doesn't have extra money to buy herself anything," Jabbar told ABC News.

Tim Hortons did not immediately respond to ABC News' request for comment.

"Drivers like Lamiyah are the heart of our service, and we're inspired by the things they do every day to help riders and strengthen their communities," Uber told ABC News in a statement.