By Kelly McCarthy
Video by Zoe Moore
Share —
Sign up for our newsletters to get GMA delivered to your inbox every morning!

On June 12, Selah Schneiter became the youngest climber on record to make it to the top of "The Nose" route on El Capitan -- one of the most challenging and infamous vertical rock formations, in Yosemite National Park, California. 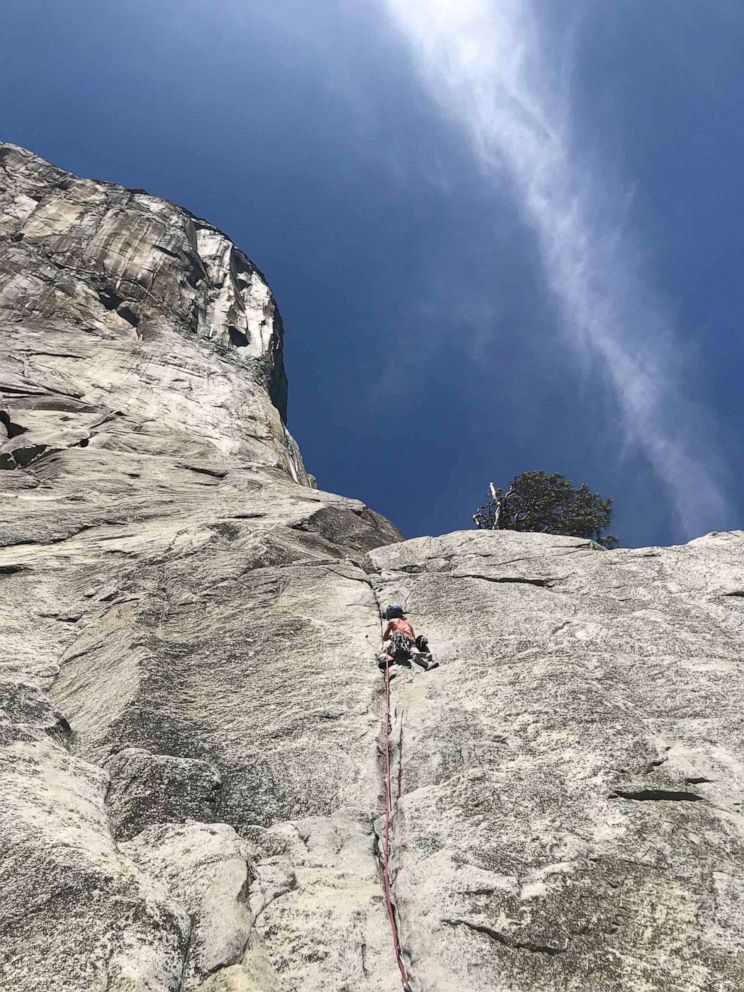 She was joined by her dad, Mike Schneiter, and longtime family friend Mark Regier, and their attempt to climb the full route took place over five days, including camping overnight on the slab. 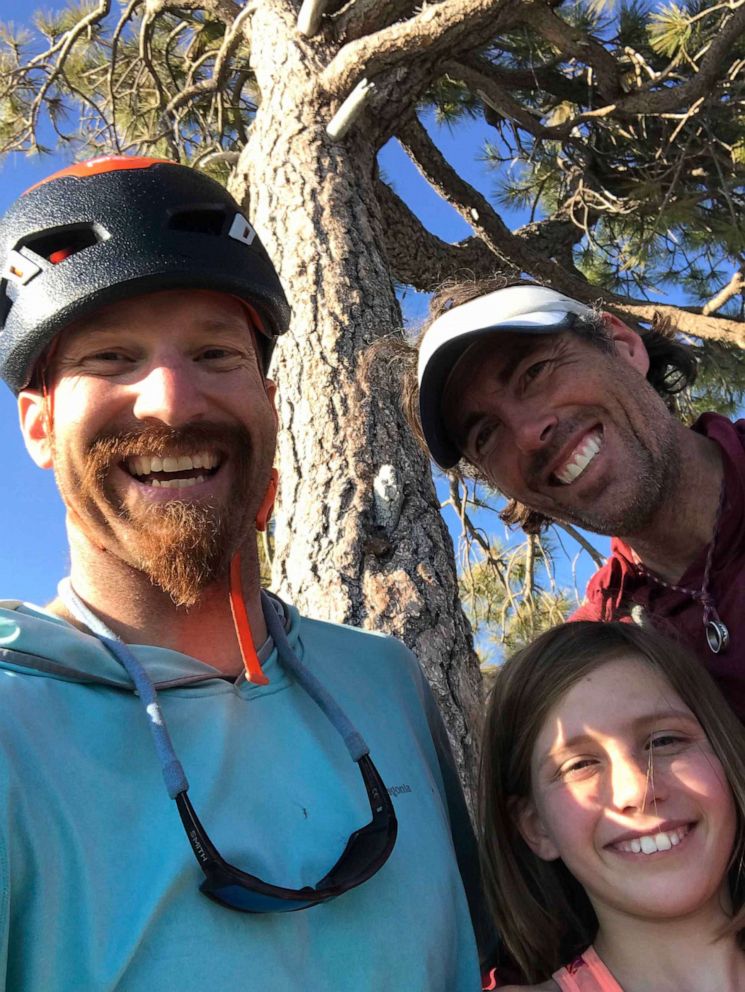 Her dad, an American Mountain Guides Association-certified rock guide and instructor, told ABC News that after coming down from the high of her feat, Selah told him she'd "love to inspire other girls to just go be active" -- just like the climbers who inspired her, including Margo Hayes and Lynn Hill.

"She's all about wanting other kids to be more active, whether it's biking, climbing, skiing -- she always wants more kids to be active and not be on their phones, and I think that's ultimately some of our motivation to talk about it, because it's really near and dear to her," he said.

The nearly 3,000-foot route has 31 pitches -- sections of a climbing route -- and is "really wild" because it gets steeper and more challenging at the end, Schneiter said. 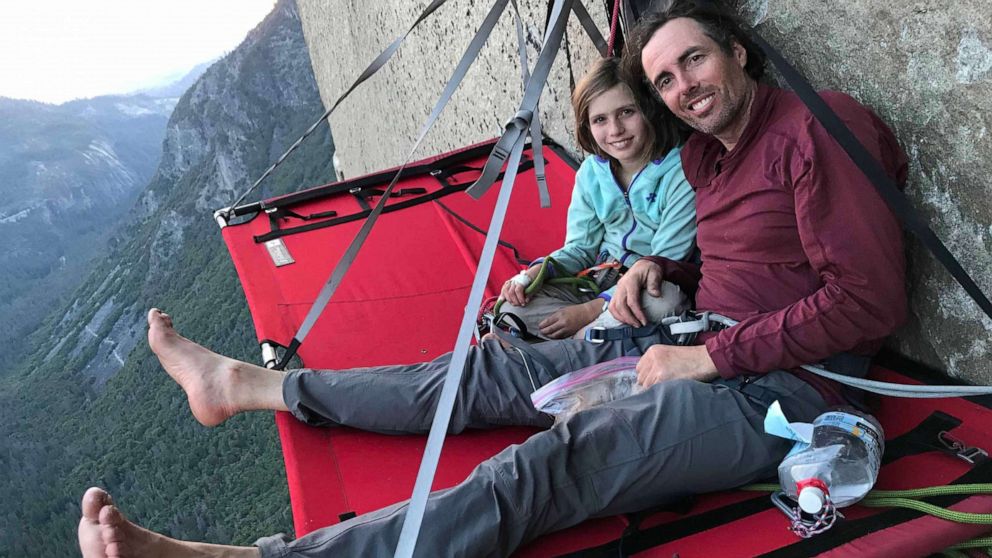 Mike Schneiter
In this undated photo, Selah Schneiter, 10, is shown with her father, Mike Schneiter, during their successful climb of "The Nose" at El Capitan in Yosemite National Park.

"It's really overhanging in spots, you're looking down and you can see 3,000 feet down where you started and you're just thinking, 'Oh my gosh it's so big,'" he said.

When they got to the end of the route, Schneiter was leading with their ropes, so he was ahead of her. But he got so "excited," he said, that he rappelled down to watch her finish it.

"Once she topped out, she was the first one to go up to this tree, that is a symbolic thing for climbers, and she just broke down in tears," he said. "She said it was her 'first happy tears she's ever had."

Selah, who stands a mere 4-foot, 2-inches tall was "just really in shock once we got to the top," her dad said. "We were tired after a long five days and camped out that night, but she was like a little kid again and wanted to check everything out exploring almost like it was nothing." 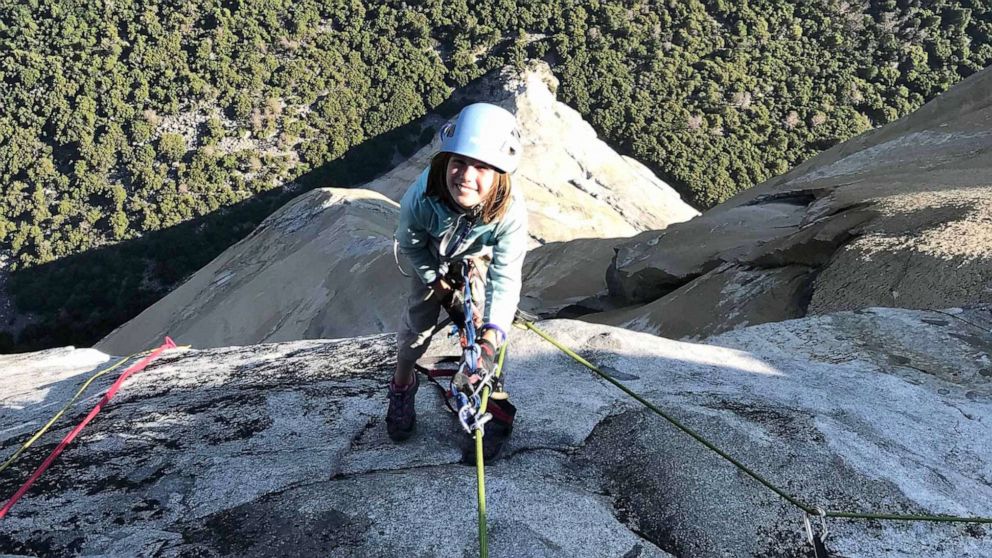 Mike Schneiter
In this undated photo, Selah Schneiter, 10, is shown climbing "The Nose" of El Capitan at Yosemite National Park.
(MORE: How an elite climbing couple is tackling Everest and El Capitan while keeping romance alive)

Schneiter said his daughter's name literally means "to stop and reflect," which is exactly what they did throughout the route and after her epic finish. 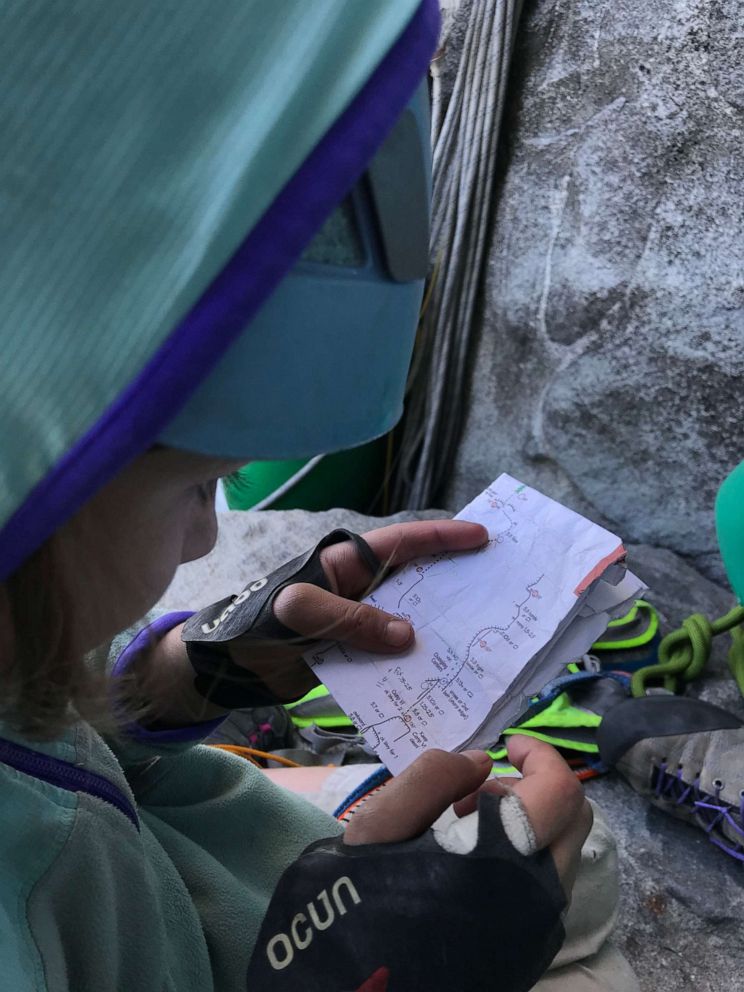 Mike Schneiter
Selah Schneiter looks at her notes as she climbs El Capitan at Yosemite National Park in California.

Selah began getting "pretty serious" about climbing El Capitan last year, Schneiter said, and so he got to work with her in training.

While they worked on technique and 500-foot climbs, Selah did her own research, and because of that, during the climb, her dad said "she always knew what was coming up along the way and was excited to see all these features" she'd read so much about.

Going into the actual attempt, though, Schneiter made sure his daughter kept an easygoing mindset about the reality of finishing the ambitious climb.

"I just thought, 'We'll just see how it goes, it might just be too big for her.' But every day we'd get a little closer to the top and we thought, 'It's actually harder to go down than up, so I think we're gonna pull this off,'" he said.

"Our mindset was never just, 'Oh we got this' -- it was more of, 'We just gotta keep on it and keep going.' So to finally get that moment we were all really blown away," he said.

Rock climbing has been a huge part of Mike and Joy Schneiter's lives as they "met and fell in love climbing El Capitan," their first climb together. 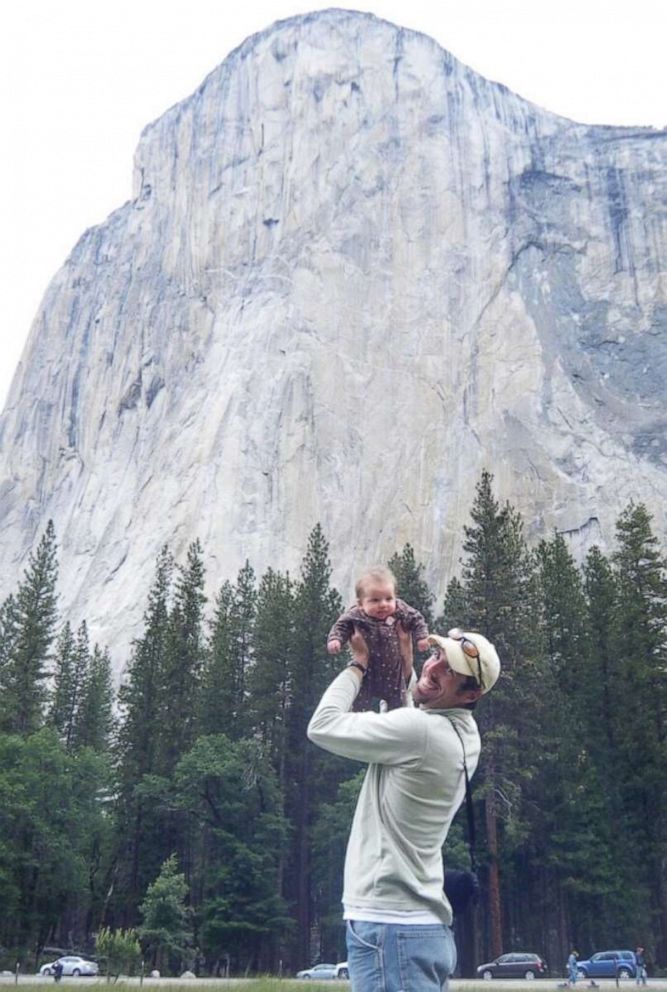 Joy Schneiter
Mike Schneiter with Selah Schneiter as a baby at Yosemite National Park in California.

Once the couple got married and had children, Schneiter said they took their kids to their favorite northern California spot and have made it an annual tradition to visit Yosemite.

"El Capitan and Yosemite has always been in our family's story," he said.

Scott Cory had been the youngest to climb the same route on El Capitan in 2011 on two occasions when he was 11, and Tori Allen was 13 when she climbed The Nose in 2001. 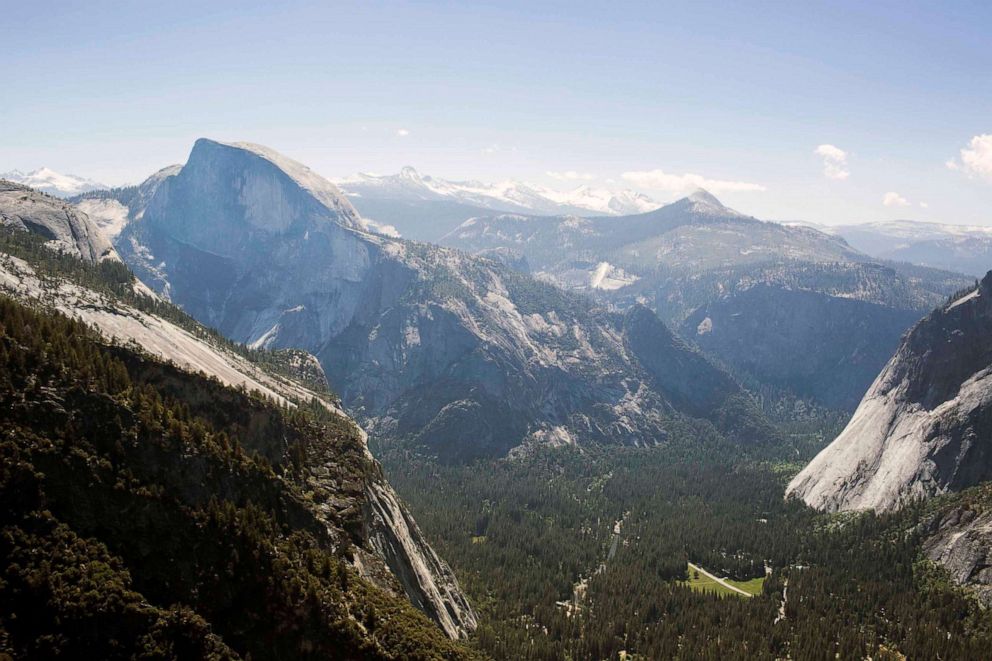 Chet Strange/ZUMA Press/Newscom
In this photo from May 27, 2015, Half-Dome is seen from the peak of El Capitan across Yosemite National Park's Yosemite Valley.

Professional climber Alex Honnold, 33, made history in 2017 when he became the first (and so far only) person to free solo El Cap -- by himself, without ropes, in one go -- in a feat made popular by an Oscar-winning documentary.

Prior to Selah's completed El Cap climb, she scaled over 5,000 feet to the top of Independence Monument in Colorado for her seventh birthday.

She was unable to comment to ABC News as she was at a sleepover.