The night before her first day of eighth grade, Sophia Trevino carefully curated an ensemble typical of girls her age: a white graphic T-shirt, ripped jeans and Air Force 1 sneakers. Her parents and her friends all gave her a stamp of approval.

But minutes into her first day of school, Sophia was sent to the principal's office along with 15 other girls because their attire violated the school's dress code. For Sophia, it was because the rip in her jeans was higher than the tip of her finger when placed next to her thighs.

As nervous as she was while being coded, Sophia said she also felt angry because the jeans she was wearing were one of the few pairs that fit her body shape.

"It's very hard for me to find jeans that fit me," said Sophia, explaining that she has bigger thighs and calves from playing soccer. "I'm not insecure about my body, but someone who wouldn't be as confident would really get hurt by that mentally."

Courtesy Sophia Trevino
Sophia Trevino on her first day of school when she got written up for violating the dress code.

After observing that there were only female students in the office with her, Sophia decided to start a petition and join the movement to end discriminatory school dress codes. The petition has since garnered over 3,000 signatures.

A Cobb County School District spokesperson said in a statement that the dress code exists "so students dress in a way which is consistent with the formality of the school," and that the district encourages emphasis on learning, "not on what students prefer to wear."

However, students and parents alike contend that dress codes should be a personal decision, not that of the school's. Supporters of the movement have also pointed out what they see as a paradox between the district's strict dress code and the optional mask rule.

"We are asking the district, what is the difference between parents making a choice on masks and also parents having a say on what is appropriate for what kids can wear to school?" Joe Trevino, Sophia's father, said. "We know and understand what is appropriate, and we should have a say in what they wear just as much as those parents who can make a choice whether or not their children go to school with masks."

In the petition, Sophia calls for a revised dress code that is modeled after a Canadian dress policy, in which the Toronto District School Board recognized the disproportionate impact school dress codes have had on certain students, such as those who identify as female, transgender, people of color or who are socioeconomically marginalized.

"There is no reason it cannot be successful here in Georgia," Sophia stated on the petition. 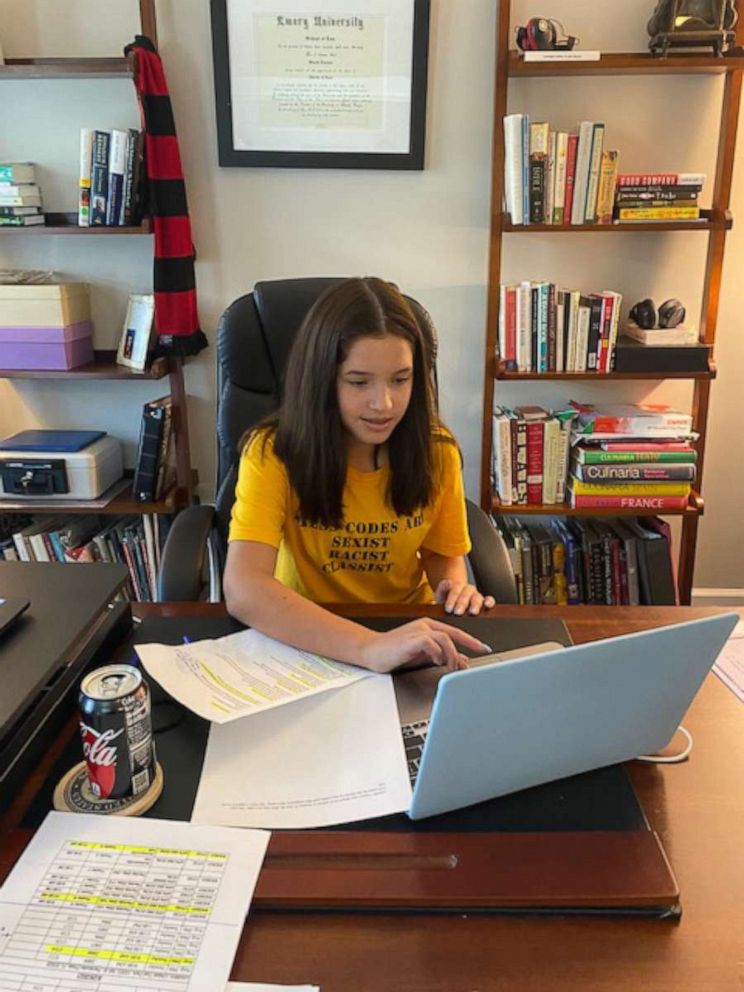 Schools across the U.S. have adopted more equitable dress codes that no longer target female students and students of color. In 2016, the Portland Public Schools implemented the "model dress code," keeping only minimum standards such as covering undergarments and effectively handing over a large part of the dress choice to students and parents.

Three years later, the Howard County Public School System in Maryland also updated its dress code so that it no longer discriminates based on students' identities, including race, religion, gender identity, body type or personal style. For instance, the new policy excludes a rule dictating the length of a student's shorts, just as long as the buttocks is covered with opaque material.

The dress code at the Cobb County School District is sexist, Sophia said, because they blame "the wearer for the viewers' perceptions and actions."

"Women's bodies are sexualized, and a dress code doesn't help with that," Sophia said.

She also said the dress code is racist. A report published by the National Women's Law Center found that Black girls, who are often perceived as more sexually provocative, are disproportionately disciplined for dress code violations.

Sophia argues that the CCSD dress code is also classist, because not everyone can afford to buy more clothing that is deemed appropriate by the school.

"If you have an opinion, whether it's controversial or not, you should speak out about it," Sophia said.