A pair of shackled African American hands cradle the White House with the American flag as the backdrop in a winning piece of art that is now on display in the White House. 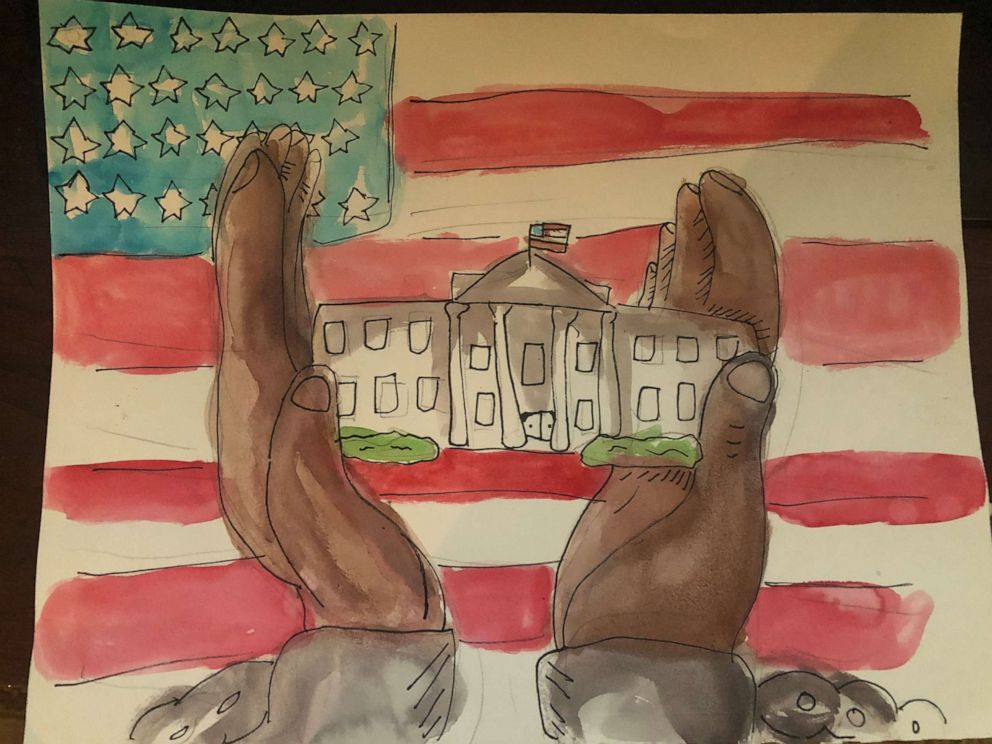 The 9-year-old from Detroit said her artwork represents history lessons that she has learned and read about.

"The White House is a symbol of America that was built by enslaved African Americans. The red stripes symbolize our struggle for freedom. The white stripes symbolize the purity of our struggle. Blue is the symbol of justice for all people no matter what color," Faisal told ABC News Detroit affiliate WXYZ. "The stars represent the unity of all people coming together. The shackled hands are the hands of enslaved Africans who built the White House."

The competition, now in its 60th year, received submissions from over 500 students around the country.

Gabrielle's piece will be displayed until Sept. 22. The display will also include the runner-ups in Gabrielle's age bracket, as well as art from the top three winners in the 4 to 8 and 9 to 12 grade level categories.