The company behind a popular line of laundry detergent and cleaning products has issued a voluntary recall due to possible bacterial contamination.

"We have identified the potential presence of elevated levels of bacteria in some of our products that present a safety concern," the company wrote in part, before adding that it would provide an update at a later date.

On Thursday, the company expanded the safety notice into a recall. 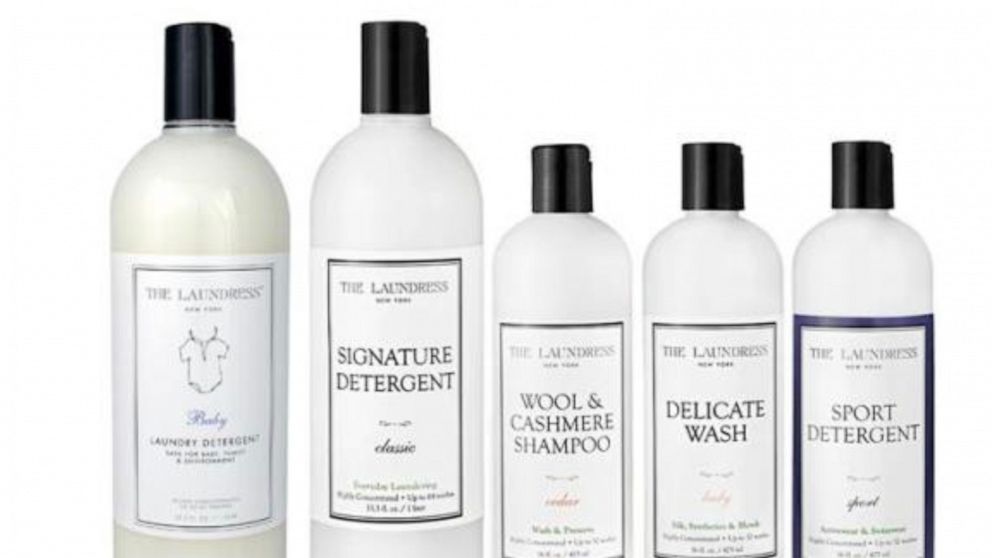 CPSC
The Laundress recalls laundry detergent and household cleaning products due to risk of exposure to bacteria.
Editor's Picks

"The recalled products can contain bacteria, including Burkholderia cepacia complex, Klebsiella aerogenes and multiple different species of Pseudomonas, many of which are environmental organisms found widely in soil and water, and some may also be found in humans," the company said in its recall notice.

"People with weakened immune systems, external medical devices, and underlying lung conditions who are exposed to the bacteria face a risk of serious infection that may require medical treatment," the company continued. "The bacteria can enter the body if inhaled, or through the eyes or a break in the skin. People with healthy immune systems are usually not affected by the bacteria."

According to the Centers for Disease Control and Prevention, Burkholderia cepacia complex bacteria, also called B. cepacia, "are often resistant to common antibiotics," though they pose little medical risk to healthy individuals. However, the CDC notes that "people who have certain health problems like weakened immune systems or chronic lung diseases, particularly cystic fibrosis, may be more susceptible to infections with B. cepacia," a "known cause of infections in hospitalized patients."

Symptoms of B. cepacia infection vary, according to the CDC, with some people experiencing no symptoms and others suffering "serious respiratory infections." The bacteria may be spread through person to person contact, contact with contaminated surfaces, or environmental exposure.

Klebsiella, according to the CDC, is another type of "Gram-negative bacteria that can cause different types of healthcare-associated infections, including pneumonia, bloodstream infections, wound or surgical site infections, and meningitis."

The CDC notes that Klebsiella bacteria are often resistant to antibiotics as well.

Klebsiella is spread through person-to-person contact, "or, less commonly, by contamination of the environment," according to the CDC, The bacteria are not spread through the air.

Pseudomonas, the CDC states, is also found in soil and water and may also cause infections in the blood and lungs, or other parts of the body. The bacteria may be passed by person-to-person contact or through the environment. Those most at risk include patients in hospitals, especially those on breathing machines (ventilators), with devices such as catheters or with wounds from surgery or burns.

So far, The Laundress says the company knows of 11 reported cases of Pseudomonas infections and is investigating whether the infections are connected to their products.

According to the Consumer Product Safety Commission, approximately 8 million Laundress products are affected by the recall, including those produced in the U.S. between January 2021 and September 2022. Affected products were sold both online and at stores such as Bloomingdale's, Nordstrom, Saks Fifth Avenue, Target, The Container Store and other major retailers.

Customers who bought The Laundress products can submit their information to request a refund. They can also contact the company for additional information via email at customerservice@thelaundress.com or at (800) 681-1915 Monday through Friday from 9 a.m. to 5 p.m. ET.

On social media and on their website, The Laundress is directing customers to visit a dedicated website -- thelaundressrecall.com -- for a full list of affected products, answers to frequently asked questions and directions on requesting a refund.

The company is also asking consumers with recalled products to throw them away immediately. "After requesting a refund, consumers should dispose of the product by closing the bottle tightly and placing it in household trash. Do not empty the product prior to disposal," the company said on the recall website.

Unilever has owned The Laundress since the conglomerate acquired the brand in 2019. The Laundress was launched back in 2004 by Gwen Whiting and Lindsey Boyd.