A puppy who got her name for being brought to a shelter in a Cap'n Crunch box, has found a loving family and forever home.

Nearly 100 people inquired about adopting "Razz Berry," a Maltese and Yorkie mix, but it was the Sheets family of Riverside, California, who won the lottery held by Riverside County Animal Services.

Razz Berry, whose name is now spelled Raspberry, gained attention on social media after Riverside County Animal Services posted a tweet that included a heartbreaking image of the 10-week-old pup inside a cereal box.

"Everybody thought the dog [in the photo] was fake, but this is a real dog," said John Welsh, spokesman for Riverside County Animal Services. "She had a little separation anxiety, but kind of outgrew that. She's super playful, fun and affectionate. She loves being held."

We have seen some creative pet carriers in our days. This ⁦@RealCapnCrunch⁩ cereal box has to be one of the oddest ways a pet came to us as an over-the-counter dropoff. We handled all its fleas and now hope an owner arrives. #RivCoNOW pic.twitter.com/yr2CHczswB

Welsh told "Good Morning America" that Raspberry was surrendered by a person who claimed to have found the dog in the park. Raspberry was covered in fleas, which is why the person may have used the cereal box to hand her off to shelter staff. 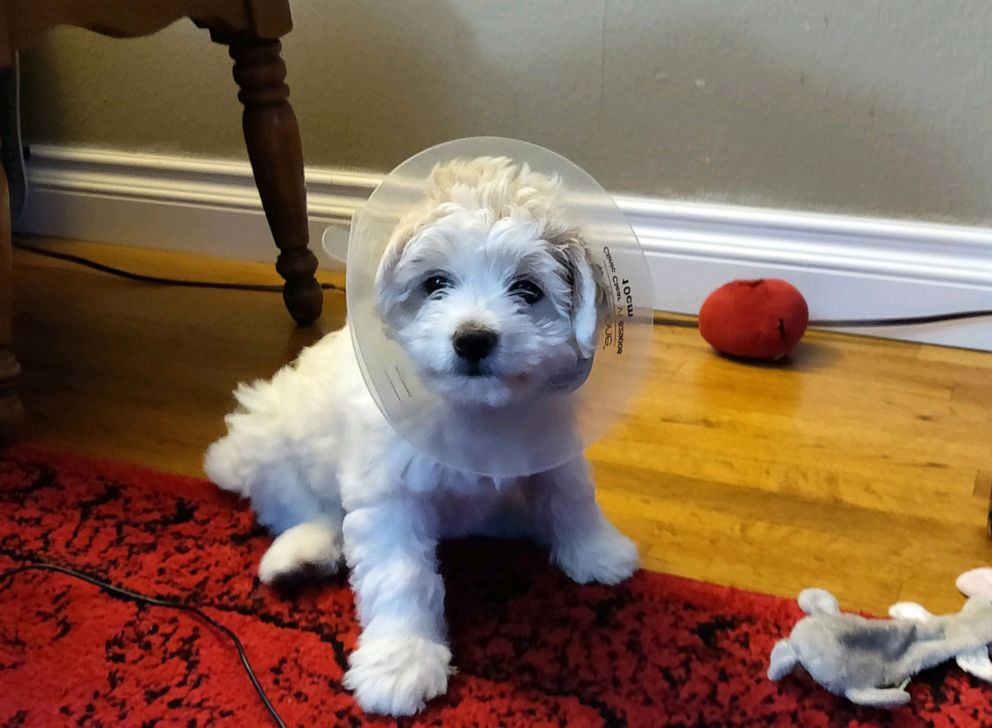 The shelter held a lottery last week. The family who held the highest poker chips would get the chance to adopt Raspberry.

Teresa and James Sheets of Riverside, California, along with their 16-year-old son Hayden, pulled number 96 -- making them the lucky family to bring Raspberry home.

The Sheets family (Hayden, Teresa & James) of Riverside picked the highest number in a “lottery” for Razz Berry, the pooch that came to us inside a ⁦@CapnCrunchBerry⁩ cereal box. Roughly 20 families came to our shelter in #JurupaValley this morn to adopt Razz. #RivCoNOW pic.twitter.com/wd13spfoBt 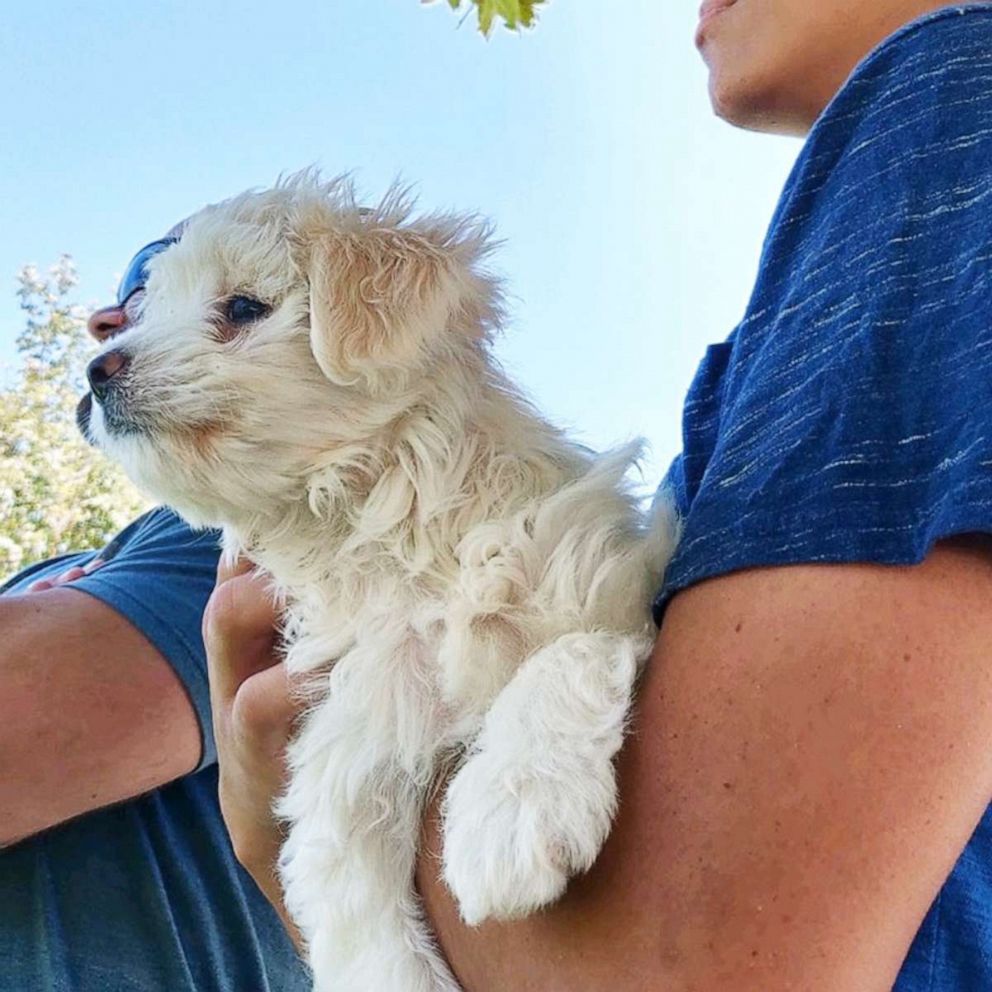 Teresa Sheets
Razz Berry, a 10-week-old a Maltese and Yorkie mix, is now a proud member of the Sheets family after her story gained attention on social media

Sadly, the Sheets had just lost their dog, a Puggle named Ginger, who died of old age. Teresa Sheets told "GMA" she had saw Raspberry's picture on Facebook before inquiring about adoption. 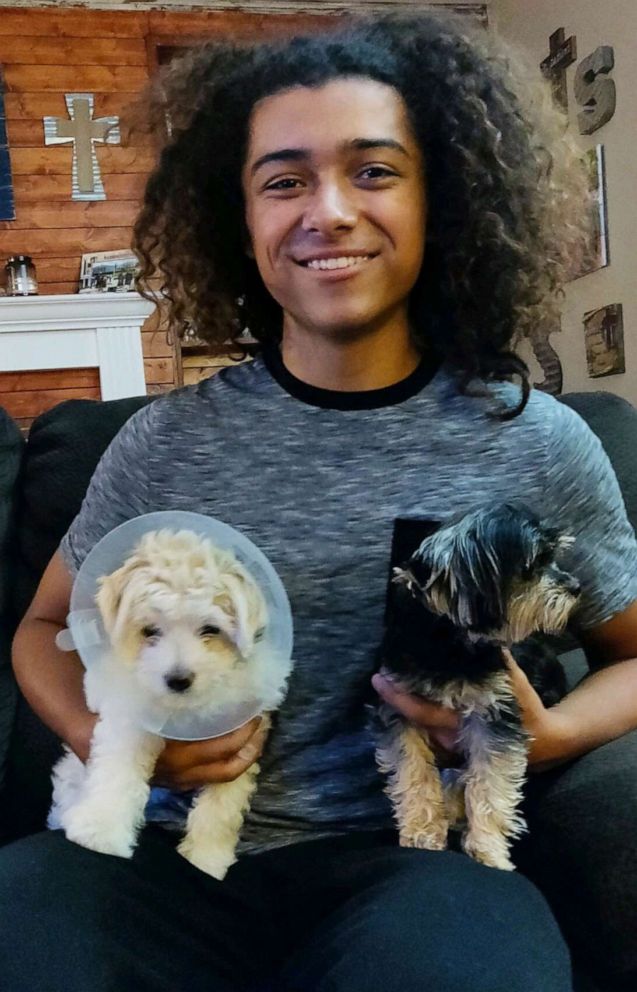 "I read about it on my newsfeed and said, 'Oh that poor baby'" Sheets recalled." Hayden said he was ready for another dog, even though he was sad about [losing] Ginger."

(MORE: Boy gets adopted on the same day his family adopts a dog: 'I was adopted and now I'm ready to do it for him') 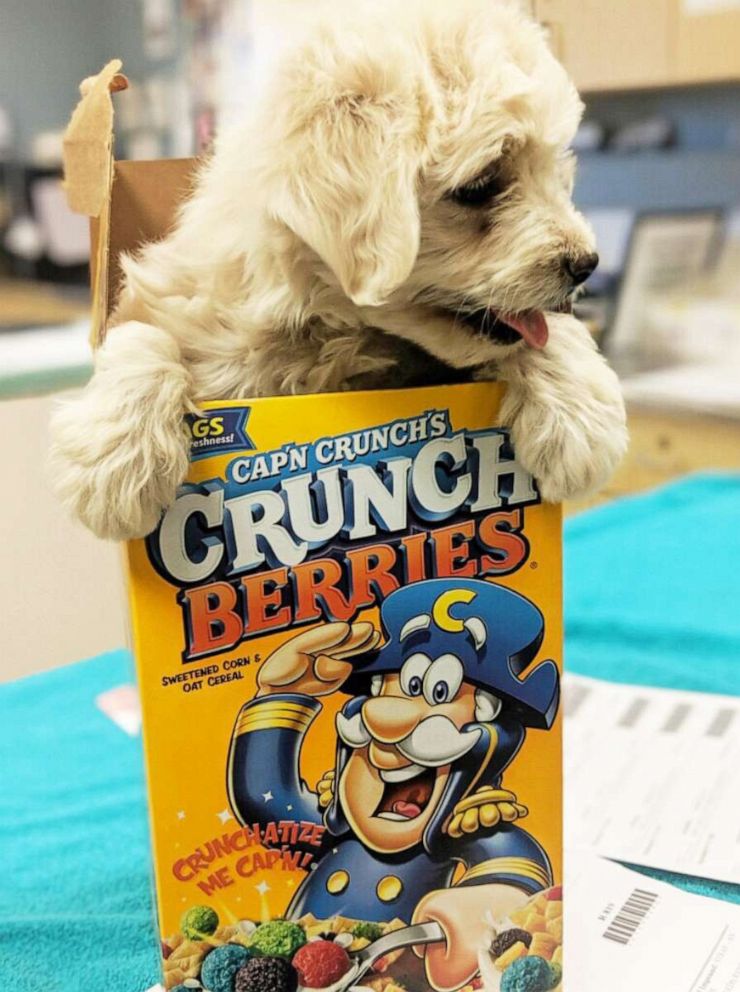 "She's amazing for Hayden," Sheets said. "Hayden said, 'I want her to love me more than she loves you.' I said, 'OK the way to do that is to feed her and do the training.' And he does."

Raspberry is happy in her new home, and is getting to know the family's other dog, Pepper.