By Gina Sunseri, Amanda Su
Video by Nidhi Singh
Share —
Sign up for our newsletters to get GMA delivered to your inbox every morning!

Astronaut Nicole Aunapu Mann is set to become the first Native American woman in space when NASA launches its new crew to the International Space Station this fall.

The expected launch date is Wednesday, Oct. 5. Mann will serve as commander on the SpaceX Crew-5 mission and will be joined by three others, astronaut and pilot Josh Cassada, astronaut Koichi Wakata from the Japan Aerospace Exploration Agency, and Russian cosmonaut Anna Kikina.

"I feel, I think in one word, just absolutely excited," Mann, an enrolled member of the Wailacki of the Round Valley Indian Tribes, told ABC News. "The training that we've been through the launch with this crew, it's going to be an incredible mission."

Born in California, Mann graduated from the U.S. Naval Academy, where she was the varsity women's soccer captain. She earned a master's degree in mechanical engineering from Stanford and later became a colonel in the U.S. Marine Corps. She has been deployed twice aboard aircraft carriers, flying missions in support of combat operations in Iraq and Afghanistan, and was awarded six medals for her service. 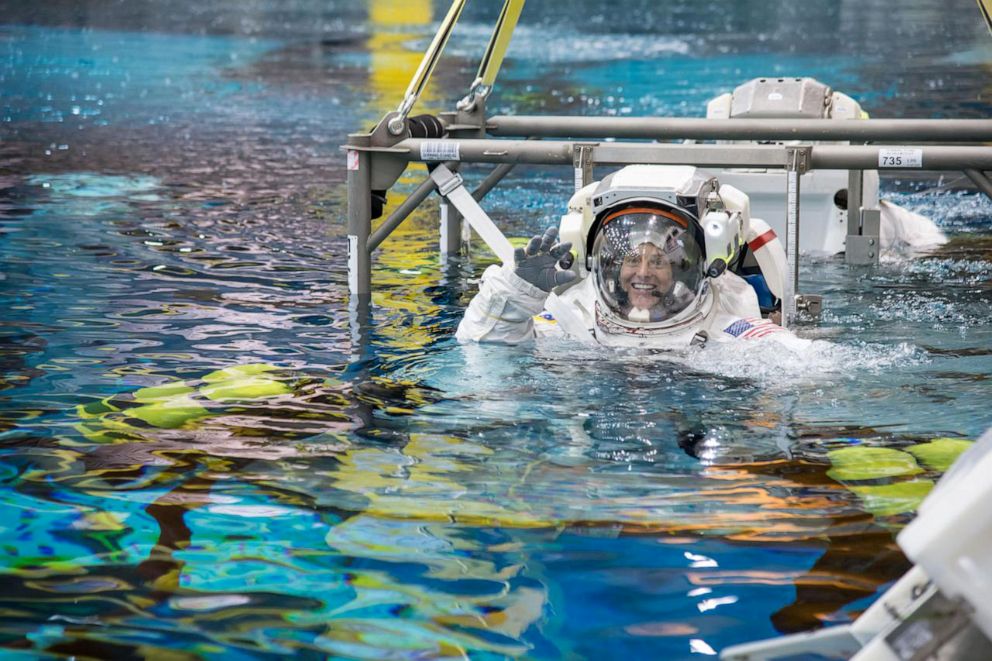 Lauren Harnett/NASA
Nicole Mann being lowered into the Neutral Buoyancy Laboratory during a spacewalk training session.

"Teamwork is so important to human spaceflight," she told ABC News. "And I think my background in the Marine Corps and also playing soccer on a team really helped develop that."

MORE: Artemis 1 moon mission set for launch: What you need to know

The expedition will be Mann's first space flight since she became an astronaut in 2013. She is one of eight members of NASA's 21st astronaut class, nicknamed the "Eight Balls," formed for space station operations and potential future assignments to the Moon and Mars.

During the upcoming mission, which is set for launch on Monday, Oct. 3, the team will conduct scientific experiments to benefit life on Earth and prepare for human exploration of outer space. Their preparation included instruction in space station systems, Russian language and robotics, as well as science and physiological and survival training. 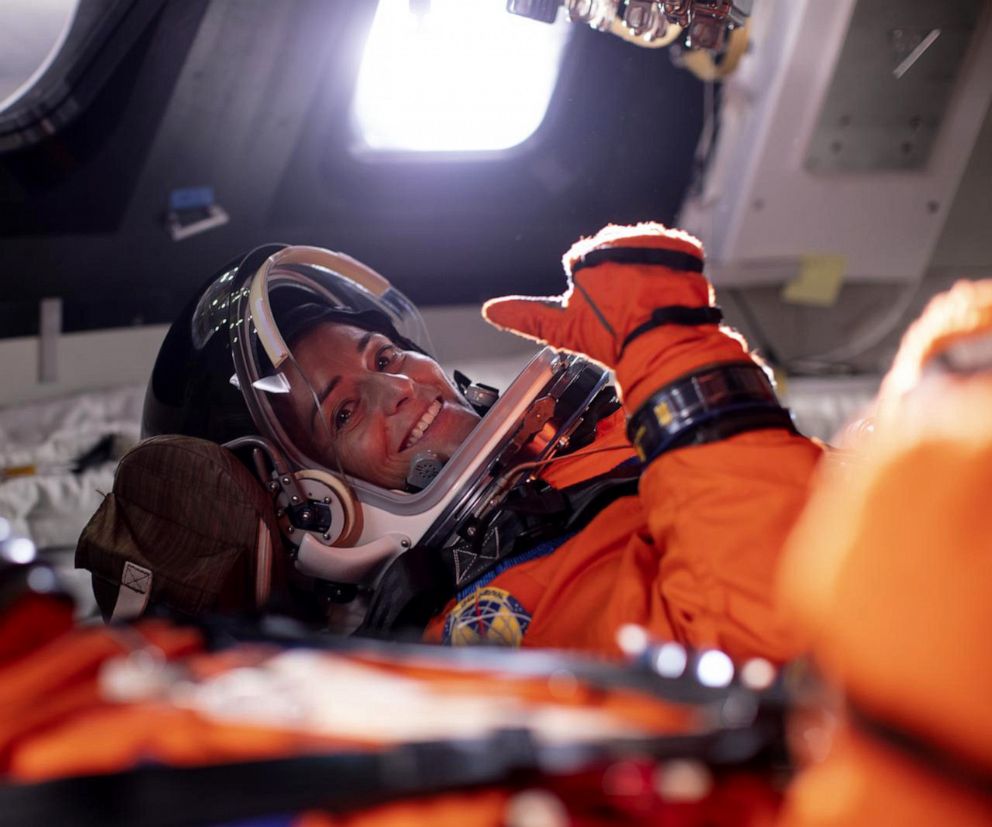 Bill Ingalls/NASA
Nicole Mann gives a thumbs up from inside the Orion mockup at NASA's Johnson Space Center in Houston, Texas.

"We'll get a chance to do a couple of spacewalks, flying the robotic arm, and so there's a lot that goes into that preparation to be ready for your mission," Mann said.

Cassada, who along with Mann are the last two in their class to fly to space, described her as "incredibly capable" and one of his "closest friends."

"Her ability to shift gears is really interesting -- this ability to say, 'OK, Josh, you're joking. We're done joking. We're focusing and we are 100% operational this moment,'" he told ABC News. "And it's really neat that it takes us all in the exact same direction just very organically."

In his allocated 3.3 pounds of personal items, Cassada said he plans to pack 1980s movies for the team to watch every Friday, teasing Mann for never understanding his movie references and jokes, despite growing up in the '80s. 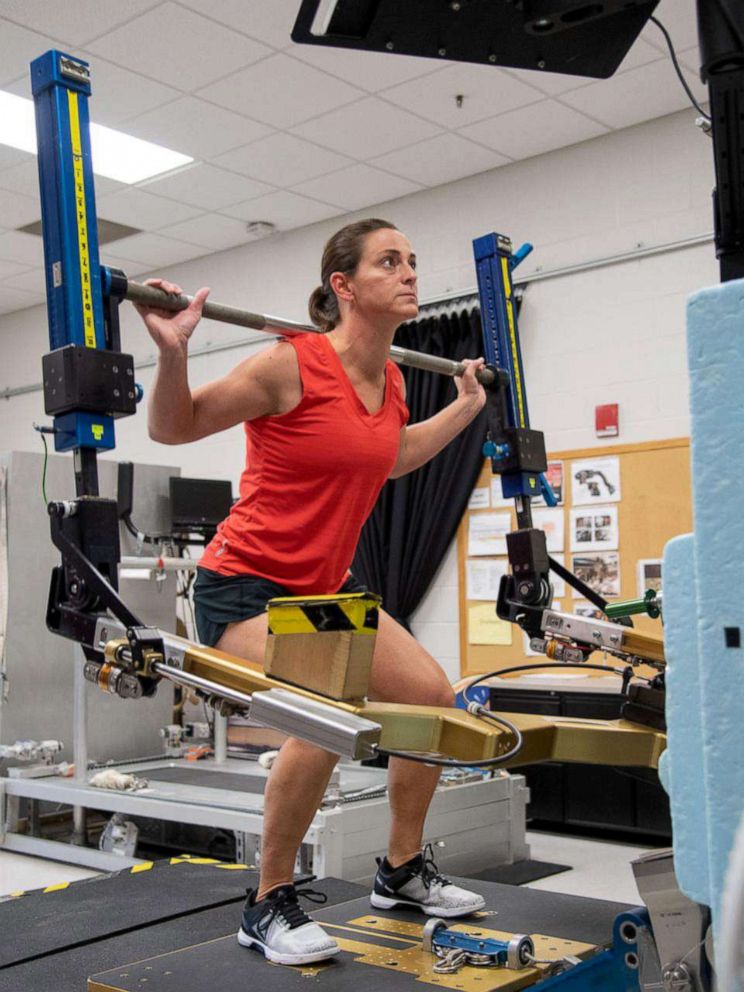 Mann, on the other hand, said she will bring her wedding ring and a gift from her mother when she was young: a dream catcher, which in some Native American cultures symbolizes unity and provides protection.

In 2002, when John Herrington, an enrolled member of the Chickasaw Nation, became the first Native American man to fly into space, he carried the Nation's flag and a traditional flute on his 13-day voyage.

At the end of the day, Mann said, it "really doesn't matter if you're a woman or a man or what country you're from, or your gender or your race."

"We are coming together as a human race," she said, "And our mission on board the International Space Station of developing this technology and research to benefit all of humankind is really what brings us together."

Bill Ingalls/NASA
Nicole Mann gives a thumbs up from inside the Orion mockup at NASA's Johnson Space Center in Houston, Texas.