By Kiara Brantley-Jones
Video by Faith Bernstein
Share —
Sign up for our newsletters to get GMA delivered to your inbox every morning!

As a teenager, Ceyenne Doroshow, the founder and now-executive director of Gays and Lesbians Living in a Transgender Society (G.L.I.T.S), said she was rejected by her family because she identified as a woman.

Things got so tough that, at one point, she said she thought about ending her own life to stop "the discrimination and pain."

Eventually, Doroshow said her family's rejection of her gender identity left her with no choice but to run away from home and live a life of homelessness.

"I found more peace in the streets than I could ever find at home," she said. "As a teenager, where would that leave me? It would leave me open to all the elements of the world, people that were not good for me."

Doroshow is not alone in her struggles.

A 2018 Human Rights Campaign report revealed that 41% of Black transgender respondents reported experiencing homelessness at some point in their lives, a rate five times higher than that of the general U.S. population.

Multiple factors contribute to the elevated rates of homelessness in the LGBTQ community, including family rejection, violence and ongoing discrimination.

Black women advocates for the transgender community, like Doroshow and Kayla Gore, have set forth on a mission to fight housing insecurity by providing safe homes for LGBTQ youth.

Gore, who identifies as a Black transgender woman, is the co-founder of My Sistah's House, a grassroots organization dedicated to providing emergency housing and resources to transgender people in need.

Gore, who partnered with her friend Illyahnna C. Wattshall to start the organization in 2016, said that seeing many transgender adults face discrimination when seeking help from homeless shelters led her to create a new housing option. 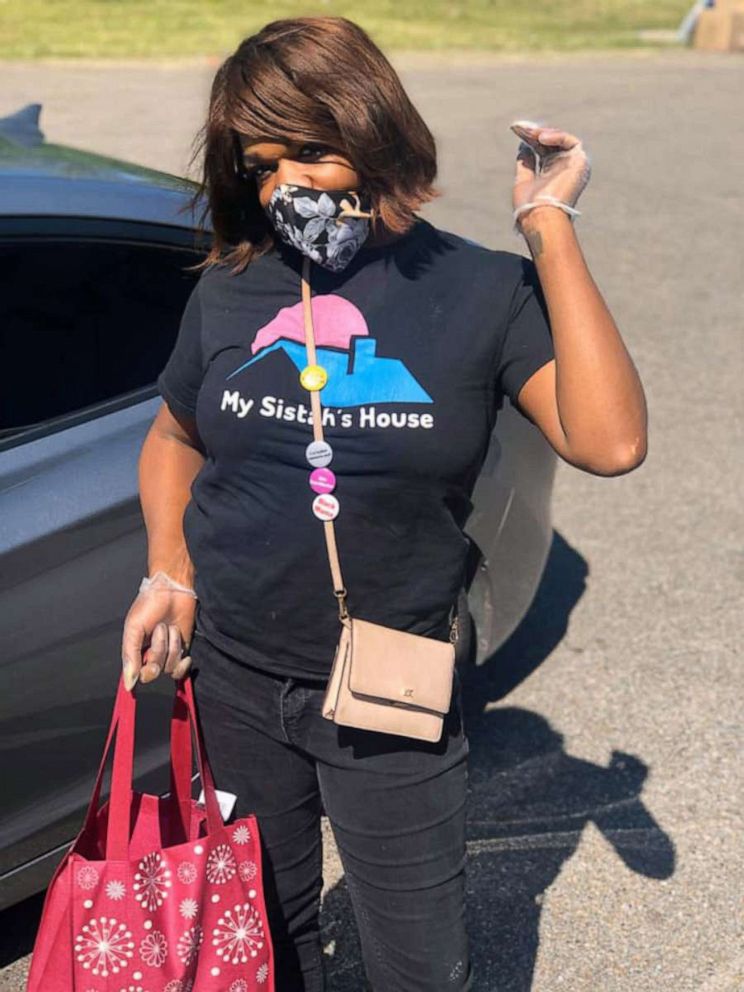 "My Sistah's House started from us letting people stay in our homes because we knew that housing wasn't right," said Gore. "I feel personally connected to this issue because I'm a person who's experienced homelessness."

"I'm a person who has tried to access shelters during my time of homelessness or helplessness and they have not been safe places for me," she added. "Here in Memphis, there are no shelters that are specifically for Black trans women, other than My Sistah's House."

The grassroots organization began a project in January to build 20 tiny homes in Memphis, Tennessee, for transgender people. The project's goal is to provide transitional housing for residents and help them eventually own their own homes.

Overwhelmed with a high number of applicants amid the COVID-19 pandemic, Gore said she wanted to provide a more permanent solution to the LGBTQ housing crisis rather than just "putting a Band-Aid on it." 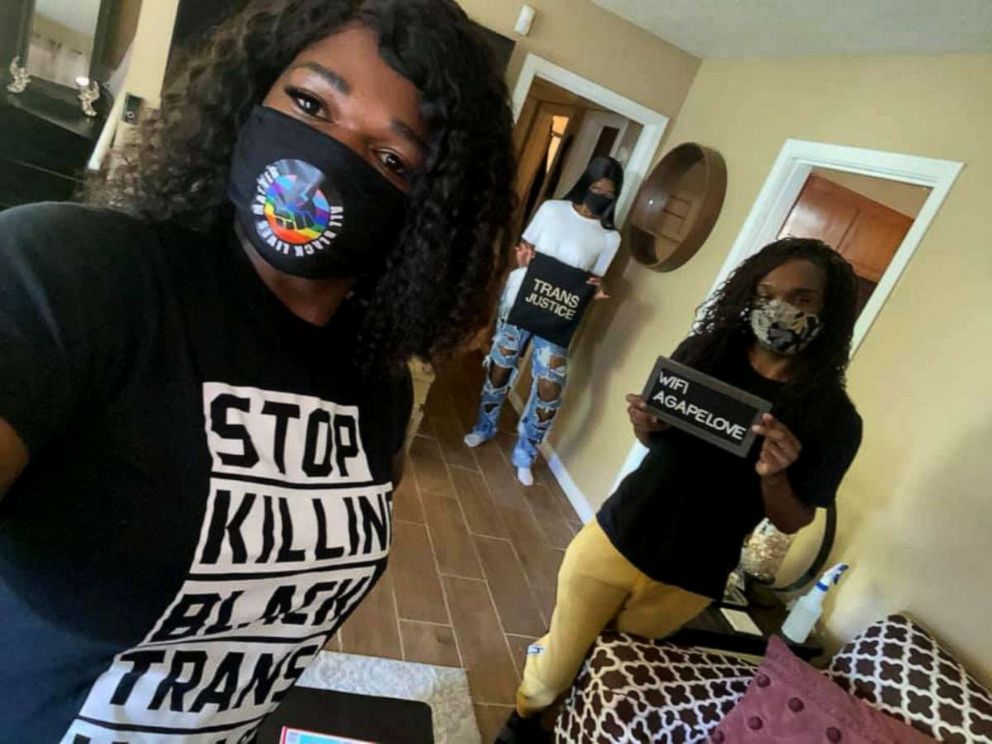 "Once you provide housing for someone and a space for them to dwell and thrive, it eradicates a lot of things in their lives," said Gore. "Housing is a human right."

One tiny home has already been built and two more are under construction thanks to the money collected through the organization's GoFundMe campaign. As of now, it has raised more than $300,000.

"Being able to provide [homes] for a community of folks who've never had houses is a phenomenal way to start a transition out of homelessness," said Gore, who has already notified three people that they'll be receiving the homes.

"It's an unbelievable feeling, a good feeling," she said when describing how excited and relieved the recipients were when they received the news. "Three down, 17 more to go!"

'I am creating this with a sense of excellence'

Doroshow, motivated by her passion to help and uplift others, created G.L.I.T.S. house in Queens, New York, which is the first Black transgender-owned housing community in New York City.

After working for a series of nonprofits and agencies, Doroshow said she noticed gaps in the systems that excluded the LGBTQ community, especially Black transgender women.

It was then that she founded G.L.I.T.S. to bridge the housing gap and provide resources for the LGBTQ community.

"I can create within my own realm, I can be governed by my choices and my dream which is to take care of people," said Doroshow when describing why she created the organization. "I want to make sure people can grow, and they can be educated, and they can get all the love and power." 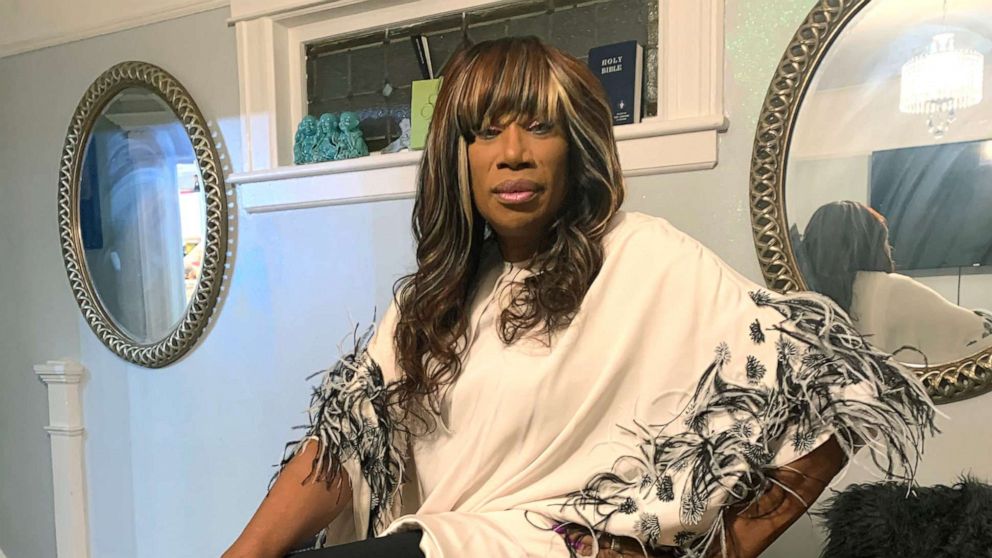 Doroshow noted the importance of creating the organization to not only provide support for the residents, but to also show the world positive images of the LGBTQ community to combat prejudice mindsets and discriminatory behavior.

"By building these relationships, we're able to change the world," said Doroshow.

The building has 12 units and three new tenants are moving in. All prospective residents are required to fill out an application to gain admission into G.L.I.T.S. The building also houses a sub-unit utilized for social events and educational courses where residents can receive certifications.

"I am creating this with a sense of excellence," the founder said. "When [residents] leave this place, they're able to sustain and create themselves in their own light, and that's what I want."

One of the new tenants, a singer and songwriter who goes by his stage name, Nadiv, moved into the building a couple of weeks ago after reaching out to Doroshow.

Nadiv, a Virginia native, had previously had a difficult time finding a safe place to live.

"A lot of the programs out there geared toward us aren't really effective," he told "GMA." "It puts you in a situation where you're surrounded by people who are on drugs or in dangerous spaces."

"It's like they don't really put in effort to get you in a safe space, they just put you in a space," he added.

Nadiv moved to New York to continue his music career and is thankful Doroshow was able to provide him with a home.

"She's everything rolled into one," said Nadiv as Doroshow held back tears. "She's mommy, auntie, homegirl ... she's inspiration at its best."

"I look up to her and she means the world to me," he added.

Doroshow said she and her staff have a goal of helping residents achieve success and follow their dreams. Some, after living in the home, have gone on to pursue careers in law, medicine and politics, among other fields.

"Success means education, sustainability and growth," she said. "My legacy is to build a higher ground for us and to see all my young ones live their best lives."

If you are struggling with thoughts of suicide or worried about a friend or loved one, help is available. Call the National Suicide Prevention Lifeline at 1-800-273-8255 [TALK] for free, confidential emotional support 24 hours a day, 7 days a week. Even if it feels like it -- you are not alone.