Tom Saputo was shocked when he received a surprise medical bill for $51,000 for an air ambulance. His insurance covered most of the bill for the helicopter, but his family said they were told they still owed $11,000.

The Newbury Park, California, family was devastated when Tom, once an avid outdoorsman, was diagnosed with pulmonary fibrosis. Needing a double lung transplant to survive, Saputo was transported by a helicopter on July 14, 2018, to a medical facility for the operation. The Saputos did it -- no questions asked.

“How could you even concentrate on something like that when your husband is dying?” Dana said. 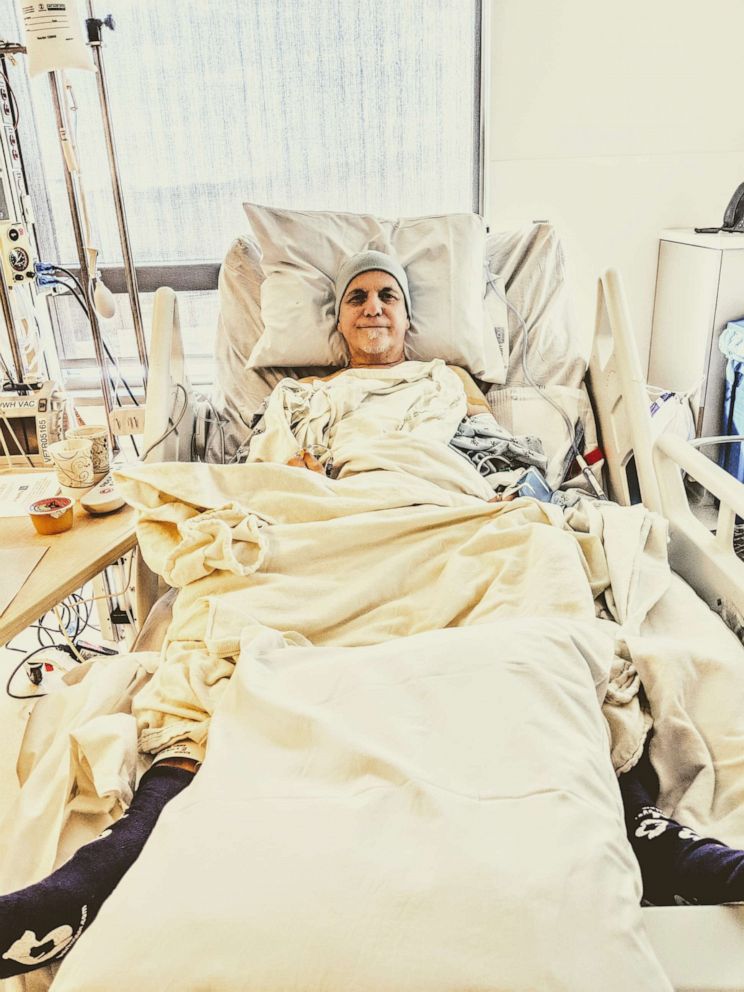 Tom, now 63, survived the transplant and his family is grateful for the care he received. They say they made sure everything was in-network. The transplant, which cost $36,000, was fully covered by their insurance.

But they say they were blindsided by their $11,000 portion of the $51,000 ride to the hospital, which they later discovered was out-of-network. Anthem, the Saputos’s insurer, told ABC News that "the costs for his transport were paid in accordance with his benefits plan." 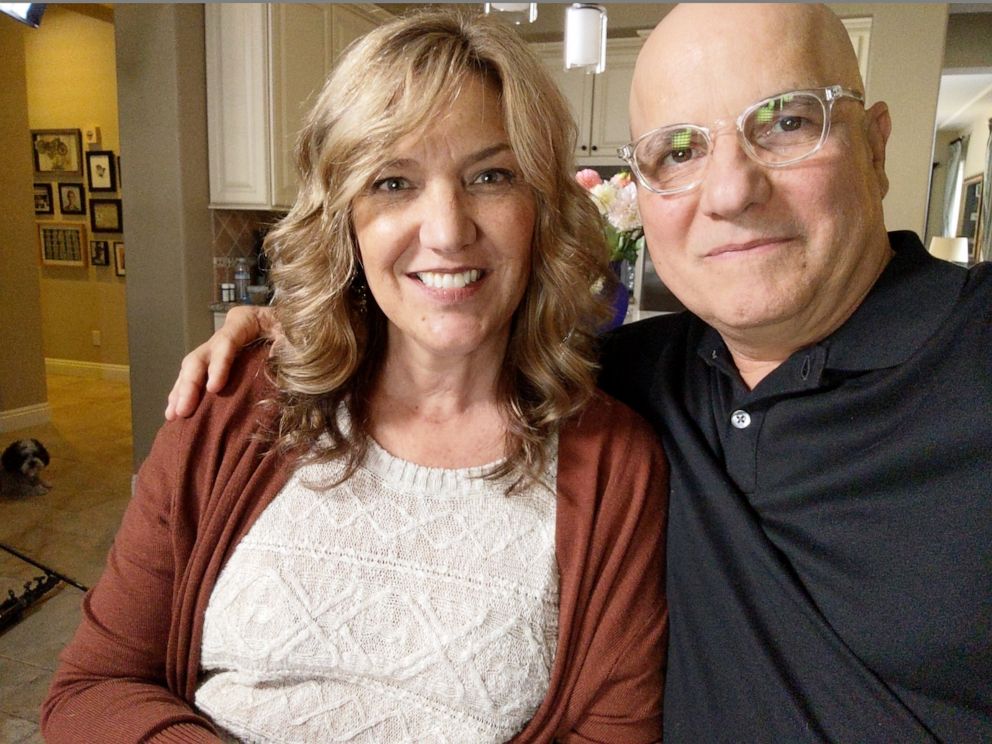 Courtesy of the Saputo family
Dana and Tom Saputo, pictured here, said they were blindsided by their $11,000 portion of the $51,000 air ambulance ride to the hospital.
(MORE: Hospitals are now required to list prices for procedures online, but there's a catch )

Four in 10 insured American say they've received a surprise medical bill, according to a 2018 poll by Kaiser Family Foundation. ABC News found out about the Saputos’ case through Kaiser Health News’ and NPR’s series which investigates medical bills.

"These are submissions from hard-working people trying to do the right thing in a system that is very broken," Elisabeth Rosenthal, Kaiser Health News Editor-in-Chief, told ABC News. "Air ambulances are the single most common complaint in our database."

More than half of all air ambulance bills are out-of-network, according to a 2017 Health Affairs study. Two thirds of medical helicopters are privately owned, according to the American Hospital Association.

What's being done about surprise billing

Nearly 80% of Americans want legislation to protect patients from surprise medical billing, according to a 2019 Kaiser Family Foundation poll.

Last May, President Donald Trump called for an end to surprise bills. ABC News spoke with Representatives Frank Pallone Jr. of New Jersey and Greg Walden of Oregon, who are co-sponsors of the No Surprises Act, one of several bipartisan bills that would regulate surprise medical bills and protect consumers in certain situations. The House Committee on Energy and Commerce, of which Pallone is Chairman, passed it and it’s awaiting to be voted on by the full House.

Ads criticizing some congressional legislation began running over the summer. Representative Walden told ABC News the ads are not influencing them and that “we are going forward.” Pallone and Walden have launched an investigation into some of the companies behind the ads.

Their bill, however, wouldn't be much help for instances such as the Saputos'.

When ABC News asked Pallone and Walden about the Saputos’ case, and asked why their legislation doesn’t cover air ambulance bills, Pallone said: "When you deal with an ambulance, it involves so many factors. It might be private. It might be local government. It might be some non-profit organizations. So it’s very difficult for us to figure out how to deal with this.”

“We’re taking on what we can here," Walden said. 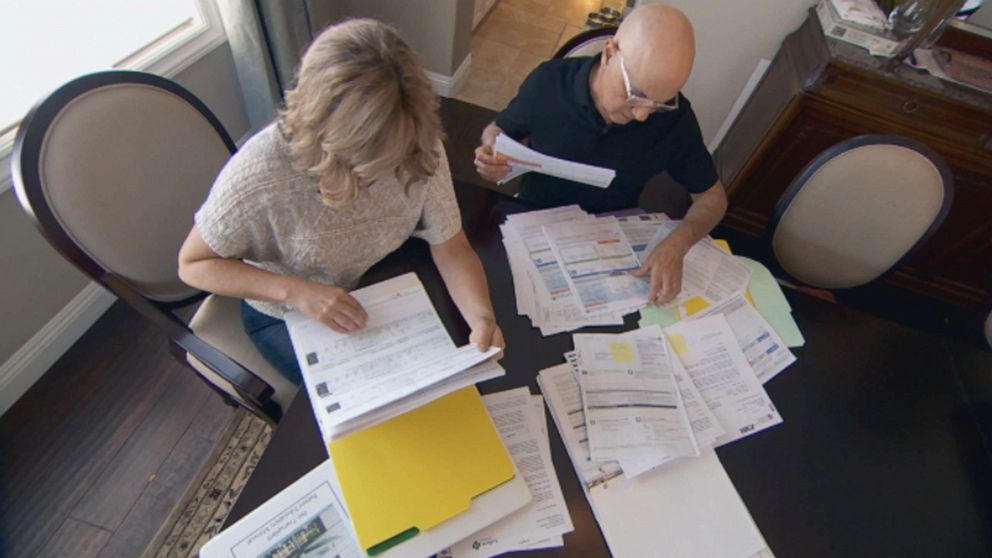 What you can do to protect yourself

1. To avoid getting a surprise medical bill, know which services are the most likely causes. Emergency room visits are a major source of surprise medical bills, so find out which hospitals closest to you are in-network. Also specialists like anesthesiologists and radiologists are more likely to be out-of-network, so check before you receive those services.

2. Also ask your insurance company for an explanations of benefits and what you can expect to pay for services.

3. Before paying a surprise medical bill, experts advise try to negotiate for a lower payment.

4. Find out if your state has a law protecting against surprise medical bills.

Full Anthem Statement to ABC News:
Anthem’s provider networks ensure that our consumers have access to affordable care including a network of air ambulance providers.

Despite our best efforts to contract with more air transport providers, the ability to bill the consumer for the balance provides little incentive for some air ambulance providers to contract with us. We believe consumers should be taken out of the middle and held harmless. That’s why Anthem is working with federal and state legislators across the country, consumers, hospitals, employers and other stakeholders to find solutions to the issue of surprise medical billing that protect the consumers served by our affiliated health plans.

Air Methods' Statement to ABC News:
After we transported Mr. Saputo without incident, we followed our usual protocol where in we billed his insurance directly for the service. At the time, we did not have an in-network agreement with Anthem Blue Cross of California, so we received only a portion of the payment.

We engaged in the appeals process to receive the full payment. As part of this process and to comply with Anthem’s policies, we did have to engage Mr. Saputo a number of times to complete forms, to participate in conference calls and to provide information so that we could complete the appeals on his behalf. We are aware this is a long and arduous process, but it is the process laid out by the insurance company.

Once all appeals were exhausted, we were able to review the case internally. As is Air Methods’ policy, because Mr. Saputo was extremely cooperative, understanding, and worked extensively with us on this appeals process, and as explained throughout the process, we were able to provide him a zero balance on August 21, 2019, meaning Mr. Saputo paid nothing for his emergency air medical care.

Again, we know that this is a long and tedious process that extends the emotional recovery for patients, which is why our patient advocates walk each patient through the insurance process and complete as many steps as possible on the patient’s behalf. However, to truly take the patient out of the middle, we need more streamlined insurance appeals processes, more in-network agreements with insurance providers and for a more accurate reimbursement model for Medicare and Medicaid.