This 93-year-old grandmother is dancing her way into the heart of millions online.

Marie Frances O’Brien, affectionately known as "Fran" or Fran the Hip Gram on TikTok, began dancing at the age of 15 when she would perform in shows for WWII servicemen and said she has been dancing ever since.

In July, O’Brien began making videos dancing with her granddaughter, 33-year-old Allison Krause, to help cheer up O’Brien's daughter, Colleen Krause, who was battling lymphoma. The two wanted to make her smile while she was going through chemotherapy.

“Allison came over and said, 'Mom is so sad, and she looks really ill ... Let’s make a funny video to make mom laugh,'" O’Brien said. “We made a video, we danced and everything, and it did make her laugh, which I was so happy. That’s all we wanted to do.”

The next day, her granddaughter told her she put the video on TikTok. In a few short months, her dancing videos are now getting millions of views on the social media platform, and her account has over 100,000 followers. 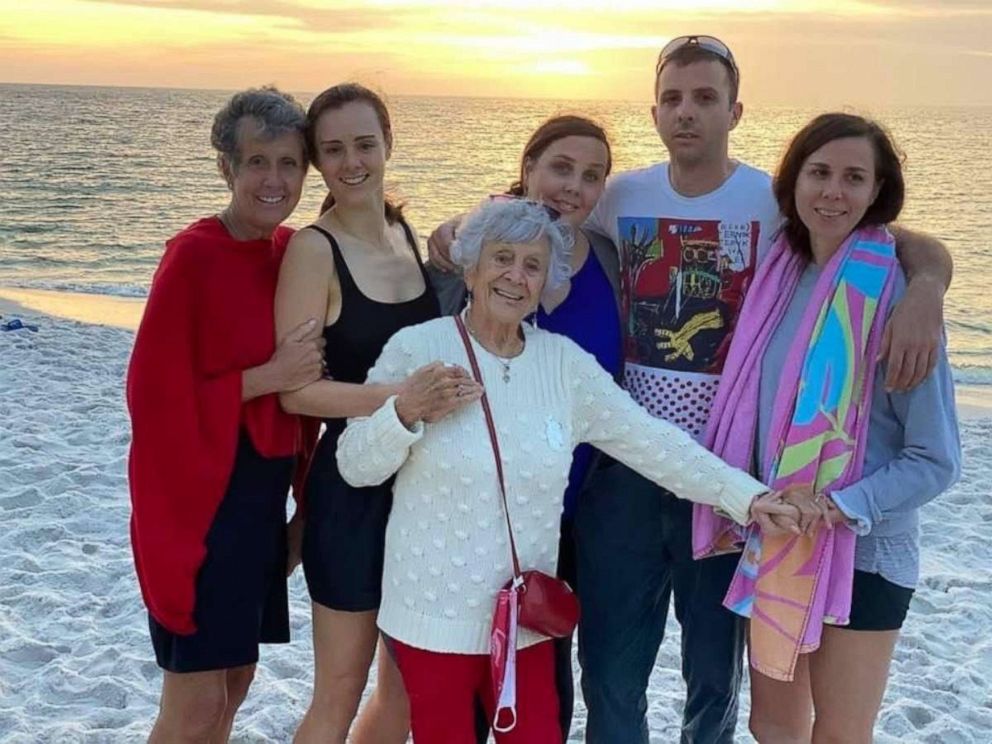 “This is very new to me, because I never knew about TikTok,” O'Brien said. “It’s just fantastic. And if it can bring joy and laughter, and these silly videos can make people laugh. That's all I want.”

MORE: 83-year-old grandmother wins hearts as the flower girl at her granddaughter’s wedding

“The thing that makes my grandma even more happy is that she's able to respond and comment and talk to people who are dealing with the loss of their grandmother or not being able to see their grandparents during COVID,” Allison Krause said. “She gets comments saying how much those videos have meant to them through some tough times. She lights up when she hears that.”

The TikTok account has since become a family affair, with all of O'Brien’s grandchildren pitching in. Her 27-year-old granddaughter, Kerry Krause, recently starred alongside her in a TikTok of the two dancing together that has 6 million views. Her other grandchildren, 38-year-old twins Caitlin and Nicholas, help with the content also.

“This lady has been ready for the limelight for a very long time,” Caitlin Krause joked. “She’s been our little star for as long as I’ve been alive for sure and spreading joy to us for many, many years.”

O'Brien's grandchildren are thankful they are able to spread joy to others through their silly videos and are happy that they can share their grandmother and the lessons she has taught them with all of their new followers.

“She just has the most positive outlook on everything,” Kerry Krause said. “She’s our inspiration, a bright spot in all of our lives.”

“She doesn't let anything slow her down,” Allison Krause said. "She wants to enjoy every every minute that she can and live life to the fullest. ... It puts things in perspective for us to take a step back and try and be positive when we're all dealing with difficult times.”