Forget the traditional office pool to buy a coworker who is expecting a baby a car seat or stroller.

The new trend is to give a pregnant coworker some of your own vacation time to add days to her maternity leave.

Angela Hughes, of Kansas City, Missouri, was less than a year into her job in the registrar’s office of a private college when her daughter was born two months early.

Hughes did not qualify for any paid maternity leave because she was so new at her job. She said she never took a day off during her entire pregnancy so she could save as much vacation time as possible for after the baby was born.

Her boss, sensing her stress, donated 80 hours of her own paid time off to Hughes through a policy at the college allowing the practice. More coworkers followed suit and, in the end, Hughes had eight weeks of paid maternity leave, almost all of which was donated by coworkers.

Hughes used four weeks of the leave immediately after her cesarean section and then another four weeks when her daughter, Bella, was discharged from her hospital's neonatal intensive care unit nearly three months after her birth. Bella is now 1. 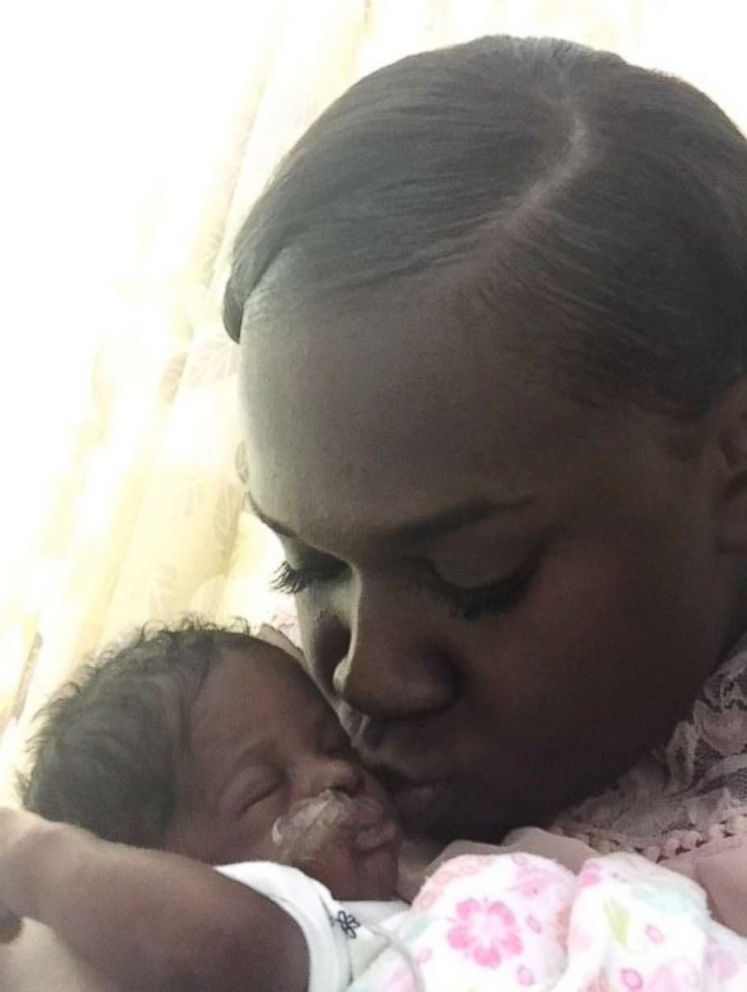 “It took a weight off of my family’s shoulder,” Hughes of the donated vacation time. “Having a baby is a huge adjustment anyway but having a premature baby, my emotions were all over the place.”

The donated vacation time may also have saved her health insurance because she was able to take time off as paid rather than unpaid leave, Hughes said.

“It really, really meant a lot to me,” she said of her coworkers’ generosity. “I was very surprised because I had not been with the company very long. I was extremely appreciative and very humbled.” 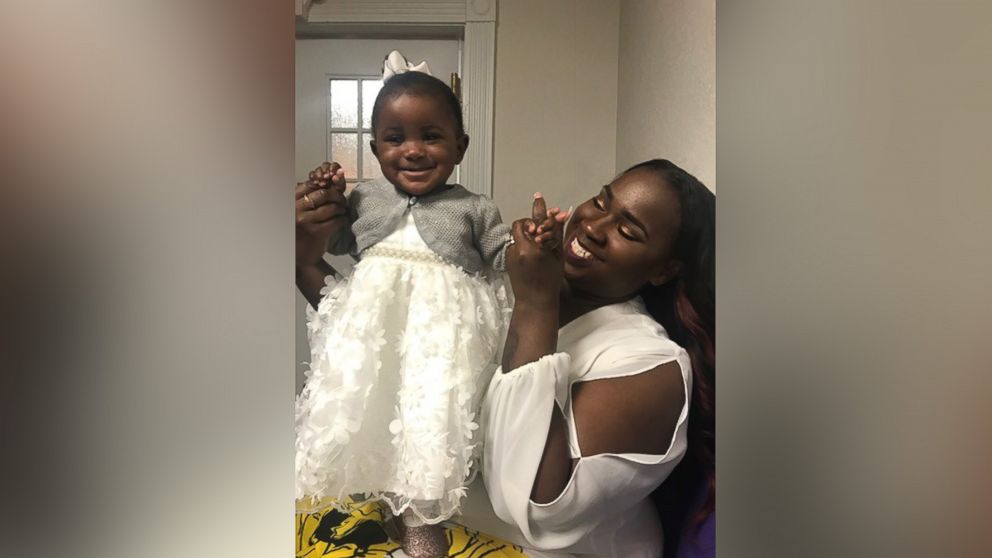 The United States is the only country among 41 industrialized nations that does not mandate paid maternity leave, according to 2016 data from the Organization for Economic Cooperation and Development (OECD).

The U.S. Bureau of Labor Statistics (BLS) found that, in December 2017, 15 percent of all private workers had access to paid family leave.

Things are looking up for some new moms, but it depends on the employer. The prevalence of paid maternity leave increased between 2016 and 2018, from 26 percent to 35 percent, according to the Society for Human Resource Management (SHRM) 2018 Employee Benefits Survey.

The decision on whether or not to allow employees to donate their paid time off is left up to individual employers.

The 2018 Employee Benefits Survey, which is not a scientific study, found that 15 percent of U.S. employers allow employees to donate paid time off to coworkers.

Jessie Sampson, 31, of Nebraska, like Hughes in Missouri, benefited from this new trend.

Sampson, who works for the Nebraska Department of Health and Human Services, took advantage of a new policy that allows state employees to donate vacation days specifically for coworkers' maternity leave.

Under the new program, Sampson was able to take 12 weeks of paid maternity leave with her second son, Liam, thanks to her coworkers. 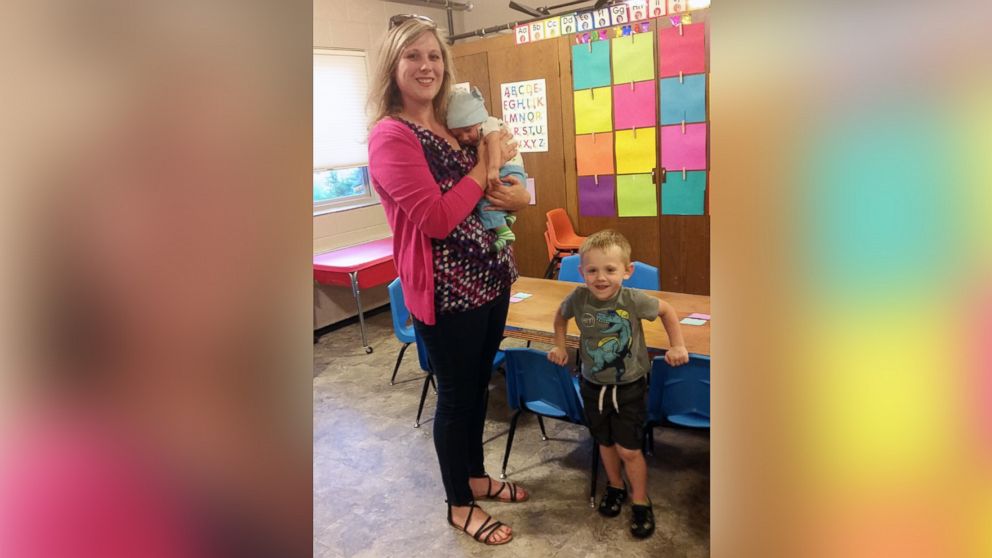 "I had more bonding time with my child and I was able to establish a much better breastfeeding routine," Sampson said. "That’s time [my colleagues] could be spending relaxing and to give it to me to spend time with my child, I’m really grateful for that."

In contrast, when Sampson gave birth to her older son, Gram, by C-section three years ago, she was able to take only eight weeks of maternity leave, mostly unpaid. 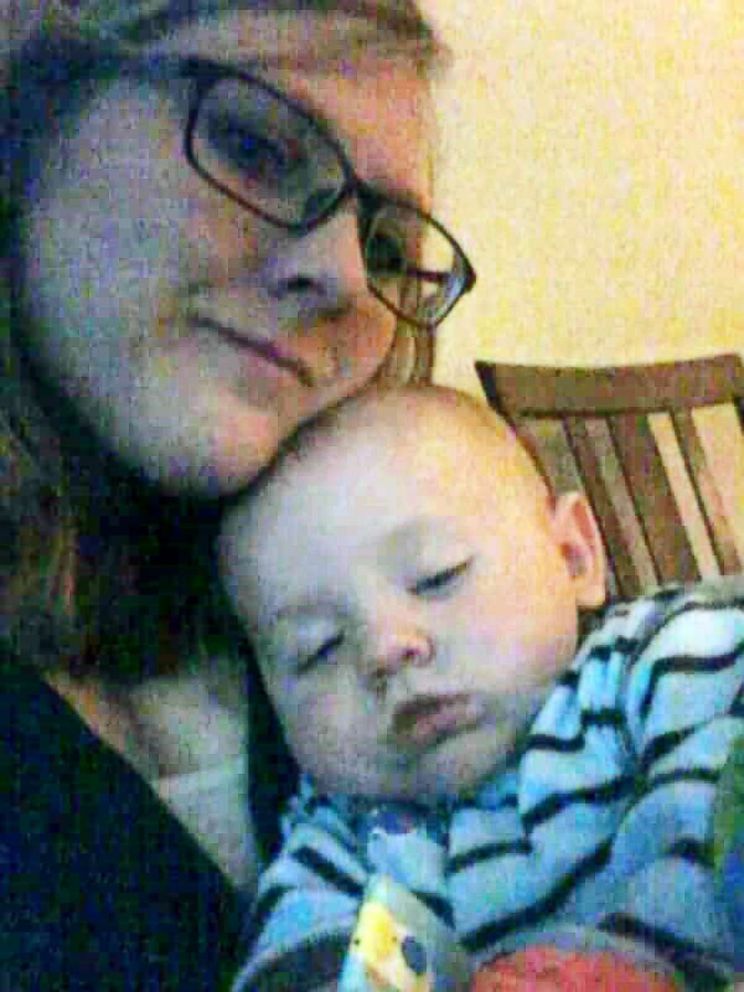 Nebraska's maternity leave donation program, enacted in January by Gov. Pete Ricketts, allows new moms who work for the state to receive donated time once they have used their own accrued sick time.

Employees within a state agency where a new mom works get an email that they can reply to and anonymously donate their paid time off. The new mom then finds out during her maternity leave how much additional time she has received.

"I went in thinking I wouldn’t get any donated time so I could plan for that," said Sampson, who said she gets around 12 days of paid sick and vacation time each year. "I figured anything I got would be an awesome bonus."

Nebraska's policy came about in part after Gov. Ricketts' chief human resources officer, Jason Jackson, began working with a pregnant employee in his office to develop a new work-life balance for her that would "not have a disruption to her earning potential."

"That was one of the data points that we were looking at, saying, 'Hey, this is a more generalizable issue for women in state government,'" Jackson told "GMA." "We were searching for solutions to that problem that would enable women and expectant mothers to be able to better balance their career in public service and continue their career in public service while also being able to provide care for their child in those first weeks after childbirth."

State governments set their own guidelines on time off for employees and some, like Nebraska, have no dedicated paid family leave program for either new mothers or fathers.

The federal government -- which also does not have a dedicated paid family leave program -- has a voluntary leave transfer program that allows employees to donate annual leave directly to coworkers who have had a family or medical emergency and have exhausted their own paid leave.

Improving the work-life balance for women

It makes sense that employers are doing what they can to improve the work-life balance for women.

"Across industry – public sector or private – employers are increasingly recognizing we’re doing ourselves a disservice when, through our own policies, we push women out of the workforce before they would otherwise elect to make those life decisions on their own," Jackson in Nebraska said. "If we can make those choices easier ... then we’ll continue to benefit from their talents and their service and their dedication to the state."

Since Nebraska began the program in January, over 900 hours have by donated by state employees.

"My sister had kids 15 months apart and with the first child she took six weeks off and with the second she took even less time than that, and she’s a nurse," Sampson said. "So I think about other jobs like the one my sister had and jobs I’ve had previously had, and I just feel lucky that [Nebraska] put this program in place."

Jackson, the state's chief human resources officer, said he has not heard criticism from employees who want a "more robust [paid maternity leave] offering" instead of the more piecemeal approach of allowing donated time.

He noted that the maternity-leave donation program is of no cost to taxpayers or the state because employees are using paid time off that will be lost if not used.

"The [paid time off] being granted to the beneficiary is already a liability that the state has, so it costs no money and allows us to do something substantive for the women in our workforce to continue their careers," Jackson said. "I think everybody recognizes that this is a step in the right direction."