When the word "zumping" recently came across the wires, my dark mind thought it must mean "sealing the deal" on Zoom. (You get my drift.). But upon a quick read, I realized that my dark mind was wrong and that zumping means getting dumped on the video conferencing app.

A writer recently talked about receiving a Zoom invite from her partner, who said, "We need to talk" in the invite. What followed was a surprising and painful breakup for the writer, who went to Twitter asking if anyone else had been dumped via Zoom.

MORE: As coronavirus disrupts dating, you have options

The pandemic has caused a seismic shift in dating. A normal Saturday could be spent swiping on an app and landing in a bar a few hours later, sipping cocktails with a potential new boo. As "meet in person" options have been excised from our lives, video dates and relationships are becoming the social norm.

Nearly half of adults in the U.S. are single and many are quarantined alone, driving dating site/app activity to higher than normal levels. But with more video dates come issues typically associated with dating -- in the positive scenario, love and connection, and in the negative, ghosting and breakups.

MORE: Vanishing act! 7 things you should know about 'ghosting'

Video, sadly, gives us no immunity from the dreaded "we need to talk" breakup discussion. But here are a few tips that can make the process smoother whether you're the "zumper" -- the person doing the dumping -- or the "zumpee." 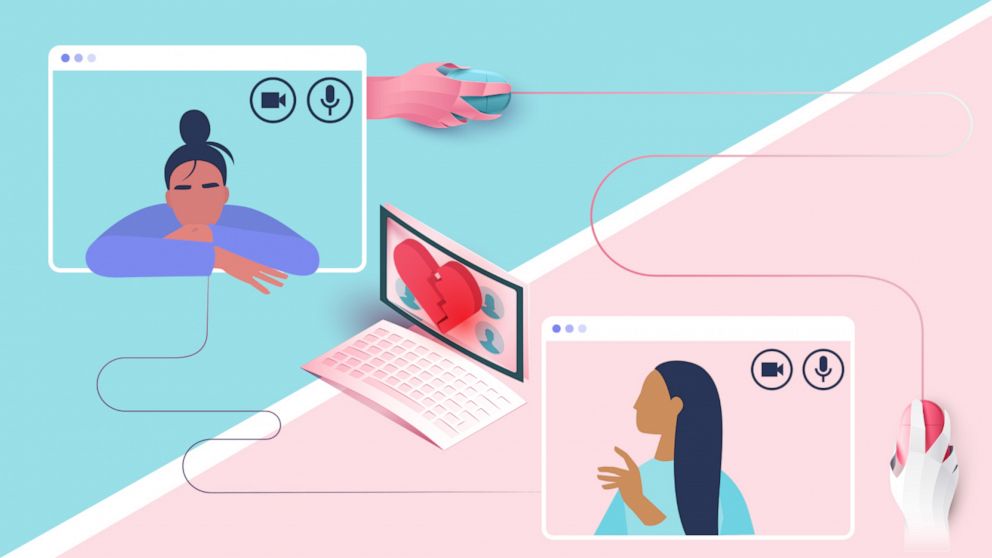 ABC News Photo Illustration
The term “zumping” has come about amid coronavirus and is used to describe when someone is dumped over Zoom, the video conferencing app.
Editor's Picks

1. Practice the Golden Rule: Have a script ready so you can deliver your message as gracefully as possible. Winging it often results in harsher words and tones than intended. Deliver a message that you would want someone to give you during a breakup, with compassion and messaging that would be best for you, and you'll head in the right direction.

2. Leave them alone: Do not call or text to check up on the person. Studies show that both partners heal better with zero contact post-breakup.

3. Reflect: Why did this breakup happen? Was there a specific issue or were you just bored? If you're bored, and this has been an issue before, you may have a dating pattern that should be addressed.

1. Block them: As said above, zero contact is best to heal. As painful as it is, enlist the support of the people in your life who are positive and empathic.

2. Therapy: If the breakup is so painful that you're having trouble functioning after a week, enlist the help of a virtual therapist to guide you through this time.

3. Be grateful: As sad as you feel right now, and as perfect as you thought the relationship was, it wasn't. This breakup was a wake-up call about a fundamental incompatibility. Better to know now than to spend months or years in this state.

MORE: 6 tips to go from first swipe to first date in 7 days

Being zumped is something that's never fun and has happened to almost everyone. It's excruciating whether over a screen or in person. Just know that you've ultimately dodged a bullet and if this person didn't see how awesome you were, you wouldn't want to be with them long term. The best remedy when you're ready is to become psychotically optimistic about your dating life -- knowing that there are many other lids to your pot out there -- and to dip your toe back into the dating game when you're healed and are excited to date again!

Bela Gandhi is the founder and president of the Smart Dating Academy, a coaching agency that helps clients "make dating fun, inspiring and focused" in their pursuit of a meaningful relationship. You can follow her and Smart Dating Academy on Instagram.