The dynamic duo from Florida will be competing at this month's Special Olympics World Games being held in Abu Dhabi in the United Arab Emirates. Tagliareni and Smith are also a couple off the court -- and are now engaged after meeting through the Special Olympics in 2013. 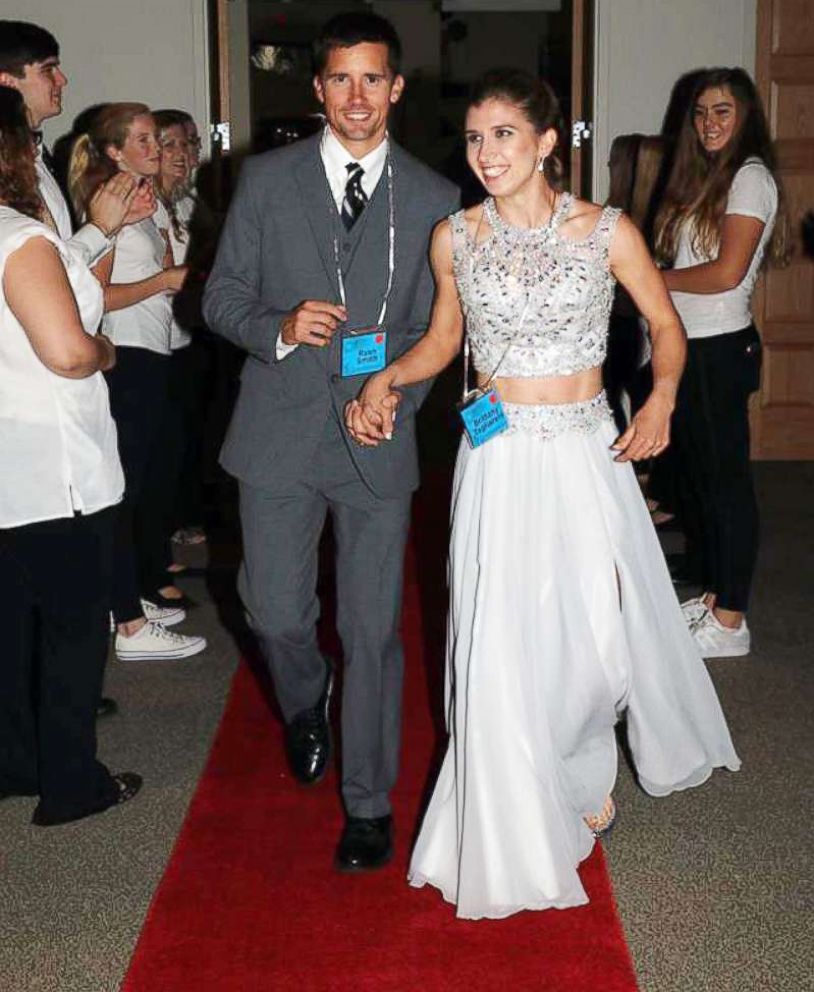 Together, they are ready to bring home the gold. The two spoke with "Good Morning America’s" Robin Roberts to discuss their road to the games just days before the big event.

For the couple, it’s all about the support from their families, coaches and especially each other -- a unique experience as they represent Special Olympics USA.

"I support him on the court by telling him 'good job' and 'you can do this,'" Tagliareni told "GMA."

"I never really thought I would meet somebody like her," Smith previously told CNN. 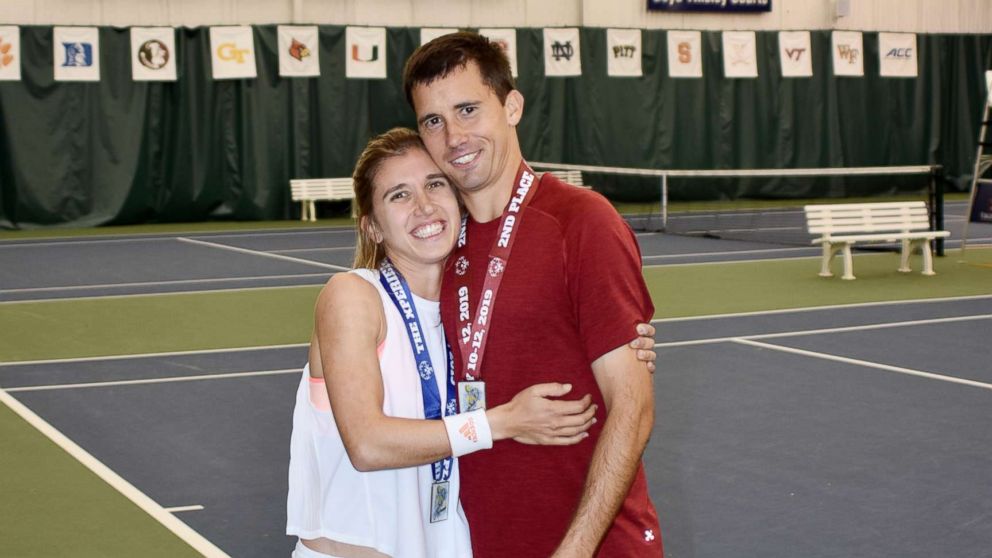 Diagnosed with autism, Tagliareni was nonverbal as a child and deals with sensory and visual issues and has since found her voice as a Special Olympics athlete.

"It has helped me make new friends [and] compete all over the world," she said. "My coach and teammates are very nice. I just have fun doing it."

In preparation for the World Games, Tagliareni practiced up to five hours six days a week. 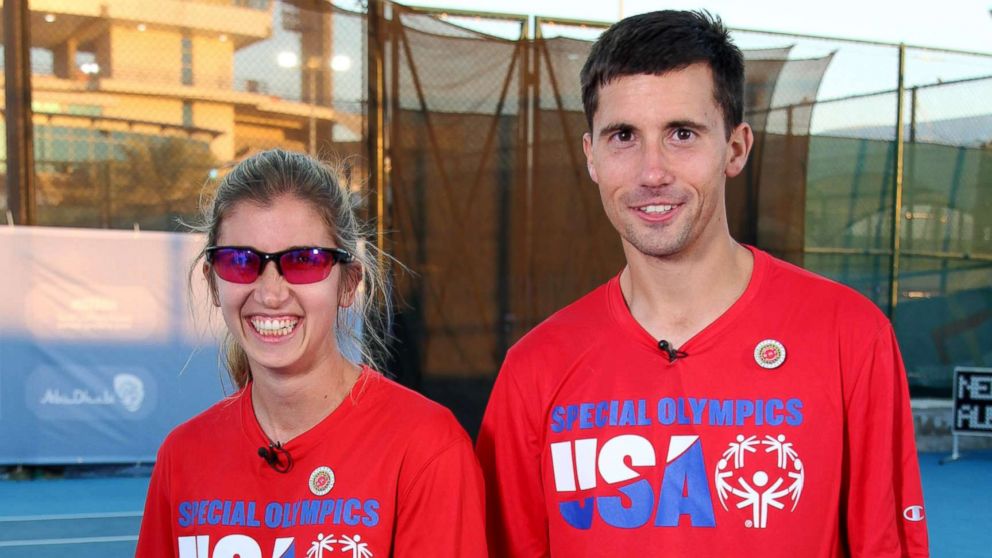 ABC News
Brittany Taglireni and her fiance Ryan Smith open up about being tennis partners at the Special Olympics in an interview with ABC News' Robin Roberts.

Together, Tagliareni and Smith hope to step onto the winners’ podium before their walk down the aisle.

"I would like to accomplish being the best that I can be," Tagliareni said. And her dream in Abu Dhabi? She told Roberts, "To win the world title."

The historic Special Olympics World Games Abu Dhabi officially kicked today in the United Arab Emirates. It’s the first time in the organization’s 50-plus-year history that the games are being hosted in the Middle East.

The Special Olympics USA athletes come from 45 states across the country and will compete against teams from about 190 others around world, with more than 7,500 athletes expected to compete over the next week in 24 different sports. 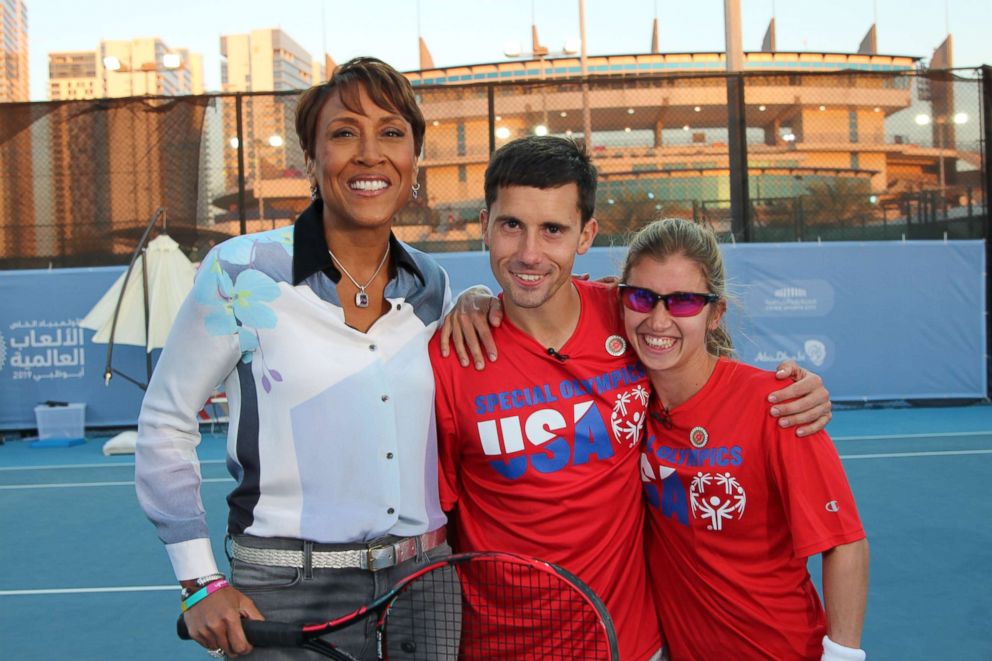 ABC News
Brittany Taglireni and her fiance Ryan Smith open up about being tennis partners at the Special Olympics in an interview with ABC News' Robin Roberts.
(MORE: Man's tribute to his big brother on his death touches people around the world)

"It’s overwhelming, the energy, the countries are wonderful, the positivity -- we are so very blessed to be part of this," said Tagliareni’s mother Catherine.

"Special Olympics has not only changed Brittany’s life but has given Brittany a life," she added. "Brittany was nonverbal and now because of Special Olympics, she’s not only confident, she’s becoming independent and she’s loving life, and we are forever grateful. And oh, by the way, can talk a lot now."