As the conversation about climate change and the environment continues to heat up, many people wonder --- can one person really make a difference? What can I be doing to help the earth?

"It’s not like we’re in the '90s anymore -- I’m not going to tell people to switch their light bulbs and that it’s going to stop climate change," said Jerome Foster II, a member of the White House Environmental Justice Advisory Council.

"GMA" spoke with five climate activists and experts to ask them about some of the best things individuals can do to help out the environment. It’s important to note that all five resisted the notion that the bulk of the work rests on individual action and making household or lifestyle changes, and emphasized that larger community action, organizing, voting and working together are what will truly lead to big changes in the climate crisis.

The activists and experts include:

Harriet Shugarman: Executive director of ClimateMama, author of “How to Talk to Kids about Climate Change”

The 5 best things to do for the environment: 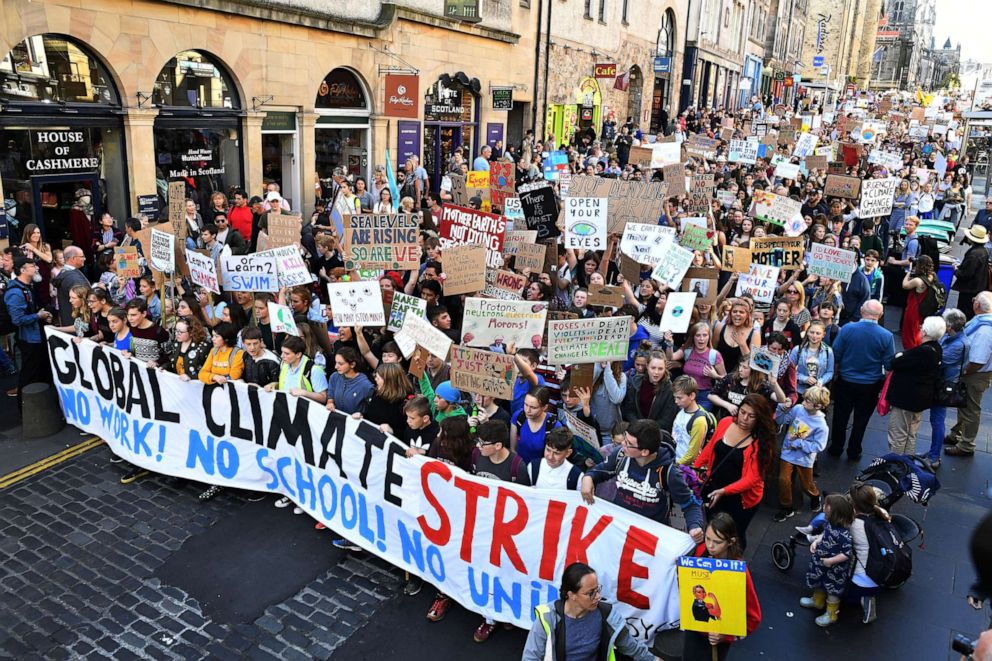 1. Speak up publicly about the climate crisis with a sense of urgency to your community

"The most urgent thing we need to do is sound the climate alarm and spread awareness that it’s an emergency. It's hard to get policies and policy changes and systems change if the public doesn't view climate and ecological breakdown, as, you know, a top priority." — Peter Kalmus

"The largest impact you can have as American citizens is to call your member of Congress. Everyone says this, but rarely anyone does it. When I interned with Congressman John Lewis, we only had like 30 to 35 calls that came in every single day, and he was one of the most famous Congress members. I’d have to tally up every time someone calls and says “five more calls about the environment!” If five people call about one issue, that's going to be the thing that he says, ‘Oh, I have to focus on that, because that's what my constituents are saying.'" — Jerome Foster II

2. Join forces with climate activist groups that align with your values

3:31
Sarah Silbiger/Getty Images, FILE
September 20, 2019: &ldquo;I think this is something very big that is growing, and it will not stop.&rdquo;

"One really important thing you can do is join the movement. ... We have amazing stories of resistance, and we have been fighting back, and we need you to fight with us and to join us in this fight, because we need everyone in this global movement." — Mitzi Jonelle Tan

3. Take the initiative to educate yourself on climate issues: ones that impact your community and across the globe

"If you have the time, just read the Green New Deal. It's 14 pages. In those pages, you get an entirely new outlook on what the climate crisis is." — Jerome Foster II

"I'd like to recommend three books that are about the environment so as individuals, we can educate ourselves on what we can do individually and that this is really one of the big issues of our modern age."

4. Take steps to reduce your own carbon footprint, but know that’s only a piece of the puzzle

"One of the biggest things that people can do in their personal life is eat less meat. The fact that they burn methane, which is multiple times more potent than co2 emissions, and the land use required makes it incredibly detrimental to the environment. Single-handedly, if we just got rid of cows that would have a major impact. But it’s going to be really hard for most Americans to go cold turkey. So I try to say if you can reduce eating meat to once a month, that’s amazing. If you look at what's happening to our environment, like if you're passionate about that, that's like a small cut that you can make." — Jerome Foster II

5. Find a reserve of joy to sustain your own activism 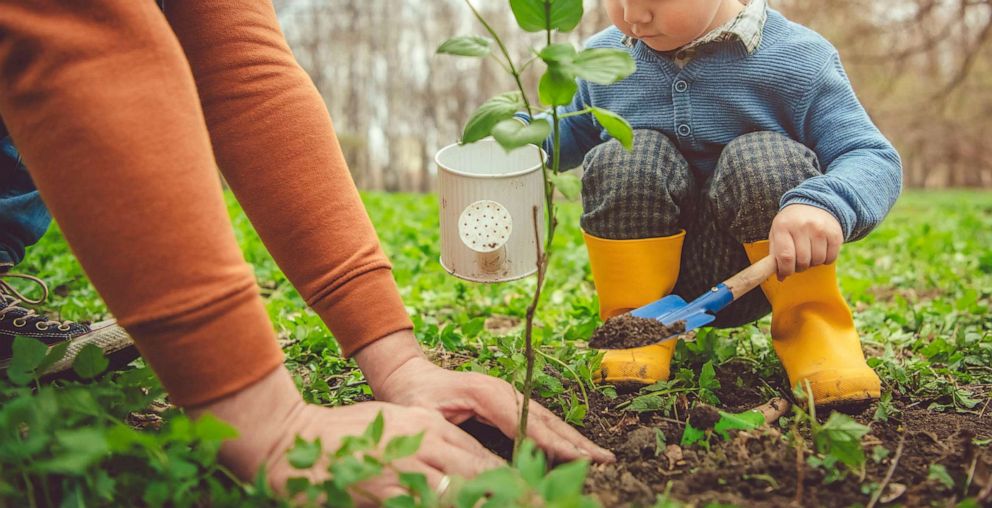 STOCK PHOTO/Getty Images
Planting seeds, literally and figuratively can be a restorative practice.

"I like to say that we need to plant seeds, literally and figuratively. There's nothing like going out with your kids, whether it's in a window box in New York City or in a big garden somewhere out in the country and planting seeds and watching them grow, and seeing the power of nature to do that. We need to plant seeds in our children's minds of envisioning the future we want, too." — Harriet Shugarman

The 5 worst things you can do for the environment :

1. Vote for propositions and politicians who act against the climate

"There's still a lot of climate deniers in our government. That will remain true as long as the public doesn’t vote for climate as a priority. If you think this is a hoax and you're spreading that disinformation, then you're probably also supporting policies and policymakers who are taking us in the opposite direction where we need to go. And it's a huge problem." — Peter Kalmus

2. Think that you can't make a difference

"I feel like so many people are afraid of becoming activists because of the gatekeeping that happens sometimes in activism like, 'Oh, you're not this enough, you're not that enough, or you're not woke enough, or you don't know enough about these graphs or the system, or you're not vegan,' or you know. There's so many different types of gatekeeping in the movement, and we really don't need it. Everyone is needed, and everyone has their role to play. And I guess the worst thing that you can do is to not believe in yourself." — Mitzi Jonelle Tan 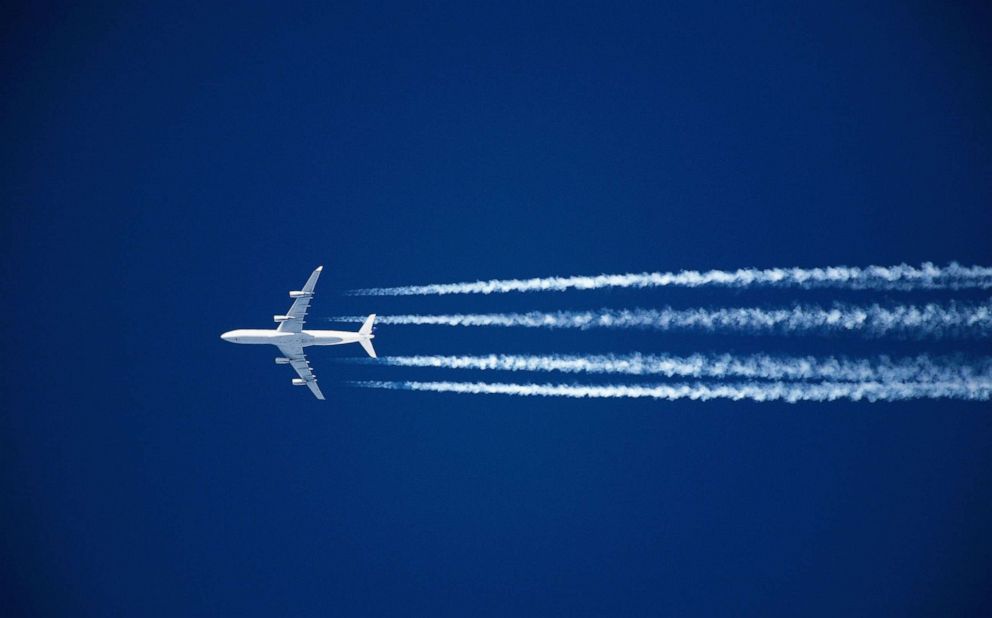 "If you say if you're a climate activist and you're saying it's OK to keep flying, then you're really upholding fossil fuel norms and the status quo. And I think we need to tear those norms down, and we need to revoke social liscence for burning fossil fuel. You know, why would the activists, why would you want to uphold those practices that lead to burning more fossil fuels?" — Peter Kalmus

4. Think that climate change is something off in the far distance, not already impacting communities across the globe 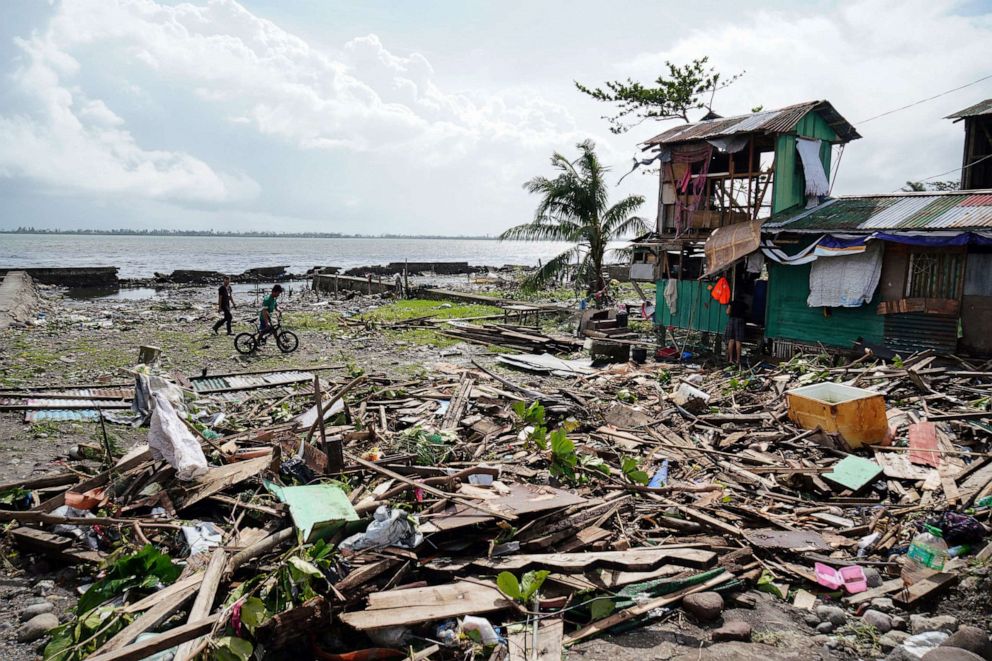 Bobbie Alota/AFP via Getty Images
Residents walk past a house damaged during Typhoon Phanfone in Tacloban, Leyte province in the central Philippines, Dec. 25, 2019.

"In America, we are temporarily insulated from this, we're temporarily just not seeing it, but everyone else around the world, in the Global South, they're seeing it on a daily basis." — Jerome Foster II

5. Ignore that climate change is deeply rooted in other systemic oppression 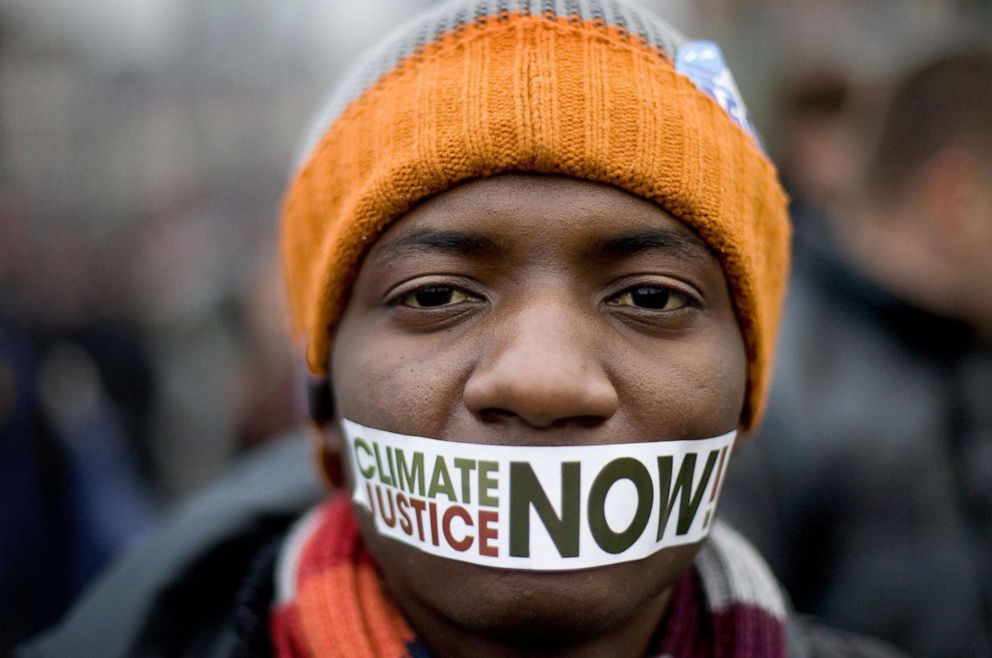 Wojtek Radwanski/AFP via Getty Images
Environment Justice is a key issue in understanding the climate crisis.

"Environmental justice is knowing that countries like the Philippines, which only contribute less than 0.4%of emissions to the climate crisis, is the second-most vulnerable country in the world to the climate crisis. It's knowing that every day, we have that fear of a new typhoon coming. And wondering if that will be our last, if that will be the day that the floods will just consume our homes. We must remember those who are contributing the most to the climate crisis are countries in the Global North and, more specifically, the fossil fuel industries." — Mitzi Jonelle Tan