Women are well aware they earn around 80 cents for every dollar their male coworkers make -- in a phenomenon known as the gender pay gap -- but they may be surprised to learn the reason that gap widens for some.

The pay gap between men and women actually gets worse for women with more education.

Among workers with a bachelor's degree, women earn 74 cents for every dollar men make

(MORE: Get your money girl: How to negotiate for a salary bump)

The disparity is significant as more women than ever are college-educated. Women in the full-time workforce are now more likely to have a bachelor's degree than men, according to the Census Bureau.

"Once again, women are underpaid and over-educated, or working hard and not compensated," Lauren McGoodwin, founder and CEO of Career Contessa, a career site for women, told ABC News. "And this is not the last report that's going to come out about it."

The Census report attributes the disparity to factors including age -- because women workers with a bachelor's degree are younger on average and years away from their earnings peak -- and earning differences among the different occupations men versus women hold, according to trends.

The latter factor, occupational segregation, includes women being steered into lower-paying occupations or lower-paying subsets of high-paying occupations even as women match men in obtaining college degrees, according to Deborah J. Vagins, senior vice president of public policy and research at the American Association of University Women (AAUW), a non-profit organization that advocates for equality. 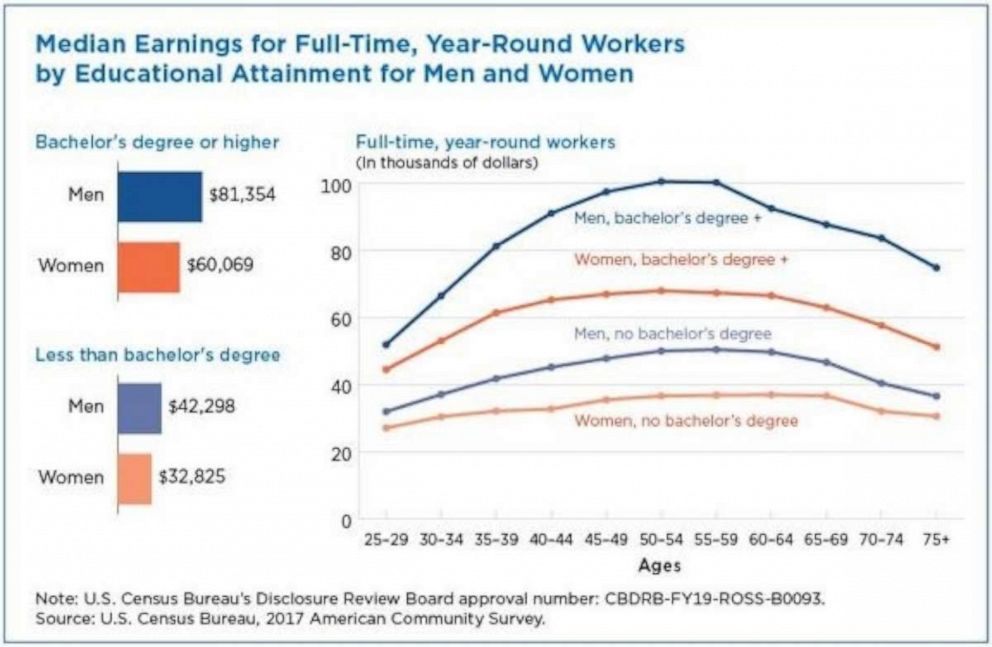 Vagins also points to systemic discrimination and the so-called motherhood penalty -- where mothers are paid less in the workforce -- as additional factors that contribute to the wider pay gap among college grads.

"Women need to keep doing what they're doing," she told ABC News. "My advice more is focusing on what we can do to dismantle systemic discrimination (at the federal and state level) and improve employer practices."

Vagins wants companies to stop using salary history to set current salaries and to stop the punitive pay secrecy policies that prevent employees from talking openly about their wages.

(MORE: How these influencers turned rejection into career wins: Learn how 'to not ask for permission')

In terms of what women can do, both Vagins and McGoodwin say women need to equip themselves with strong negotiation skills.

Women often lack the experience that may gave them the edge in salary negotiations because they're focused on getting their degrees, according to McGoodwin.

"Education used to be this thing that not everyone had but now most people do and hiring managers are giving more weight to experience," she said. "I think women are very focused on education as a way to get that experience." 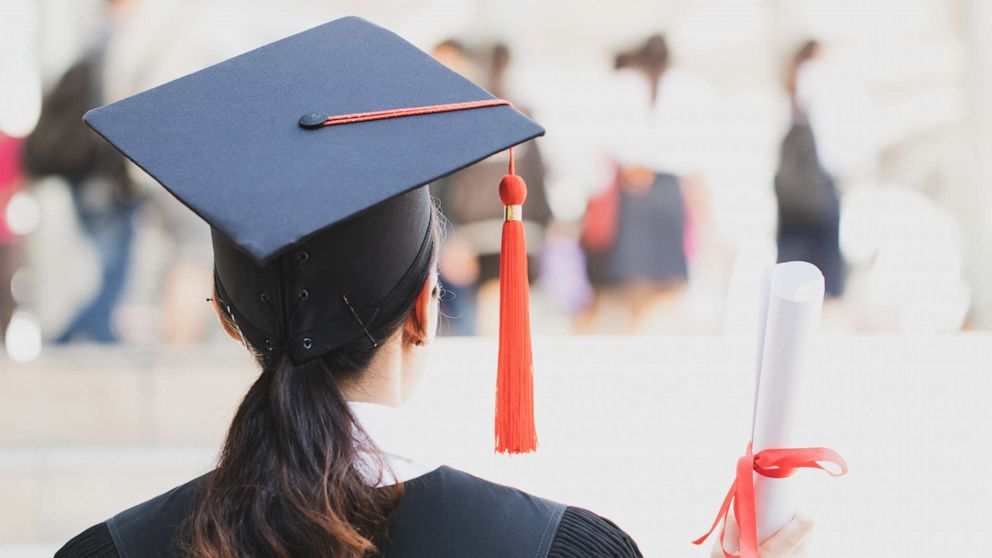 "But start thinking about it as if they're buckets," McGoodwin added. "There is school and then there's applicable experience -- like a job, internships, life skills, negotiating, learning to tell your story in a concise way, networking -- and that experience is what's going to give women confidence."

Vagins' organization, the American Association of University Women, offers free online workshops on salary negotiations and has committed to training 10 million women on the topic by 2022.

Read below for Johnson and Blackwell's top six tips.

1. Negotiate after a first offer.

Johnson recommends going back to the employer and saying, "I've done my research and the going rate for this position is this and the reason I think I deserve more is because of x,y and z."

If the employer is firm on their offer, regain control by telling them you'd like to re-negotiate your salary after your first three months on the job. Then, spend those three months proving your worth.

"After three months, if you prove you're invaluable they're going to want you to stay," Johnson said.

2. Do your research to know your worth.

Thanks to the Internet, it is a lot easier know for women to know how much others in comparable positions are making and what a reasonable salary is for their city or region.

Johnson cited websites like Glassdoor.com and Fairygodboss.com as two great online resources. She also recommends women tap their networks to ask about salary expectations, especially with other women.

3. Bring receipts to the negotiating table.

Work examples that should accompany a salary request include what Johnson refers to as both soft and hard data, i.e. you grew the company's social community by 20% and you also jumped in on another account and went above and beyond, or you helped two coworkers grow in their positions.

Also, don't think any task you did well is too small to be mentioned, Johnson advises.

4. Keep a 'congrats' file for yourself.

Blackwell recommends creating a specific file or folder and filling it up throughout the year with your accomplishments, whether it's an email chain, your notes from a conversation with a client or coworker, a conference you spoke at, a development course you took -- anything that shows your value to your employer goes into that file.

5. Know how to deflect certain questions.

The chances are high that some versions of questions about salary will come up in an interview, so Blackwell says to practice your answers ahead of time.

Here are some examples of replies she recommends using:

- "I'd like to know more about the position and potential benefits before we start discussing a salary."
- "My current job is much different and I'd just really love to learn more about the position."
- "It's really tough for me to give a number right now because there are so many things that go into this role."
- "This is a different position than I had before and based on my research ..."

If your salary offer is lower than what you want, think about what Johnson calls the entire compensation package, pieces like health care, matching 401(k), flex time and the ability to work from home.

In the same way, when asking for a salary increase, if your employer is not able to give you a bump, they may be able to offer you a bigger vacation package, the ability to telecommute or bonuses, according to Johnson.