A 7-year-old girl who climbed Mount Kilimanjaro to honor her late dad made history as the youngest girl to climb all 19,341 feet, according to a website that tracks records on the famous mountain.

Montannah Kenney, 7, of Austin, climbed Africa’s tallest mountain alongside her mom, Hollie Kenney, a former professional triathlete who served as her daughter's coach. 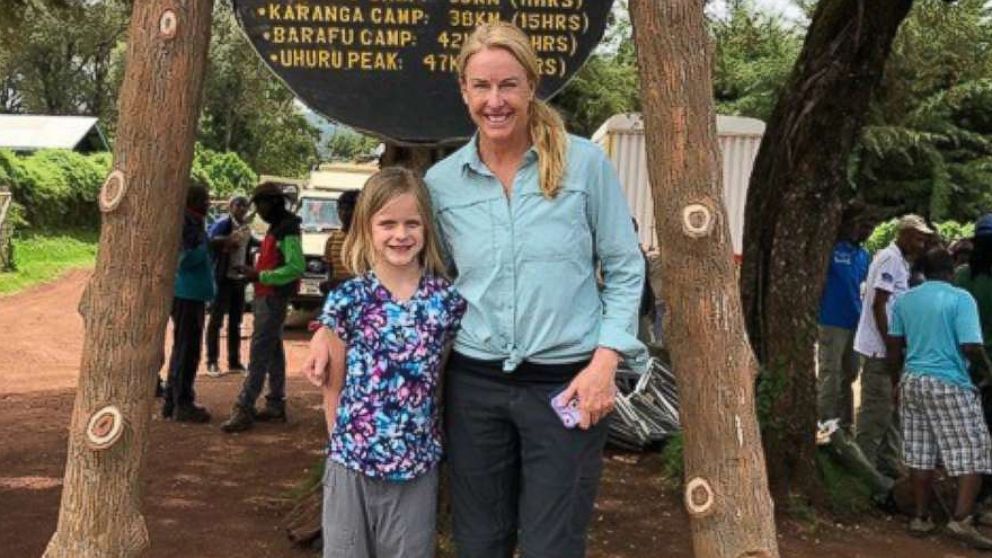 The idea to take on the daunting feat together began last year when Montannah overheard her mom asking friends if they would ever want to climb the mountain.

"She said to me, ‘Mommy I want to do it too,'" Kenney recalled. "I didn’t discount what she said but I knew she didn’t know the magnitude so we started researching it and looking at videos."

She continued, "I was very real with her, explaining that people can get very sick, that we’d have to train very hard and it wouldn’t be an easy task."

Girl, 8, reaches the summit of Mount Kilimanjaro with her family
Woman recounts climbing Mt. Kilimanjaro at 300 pounds in new book

Kenney saw the minimum age requirement for climbing Mount Kilimanjaro is 10 and thought she had a few years to help Montannah train for her dream. She then started readings news reports of kids younger than 10 climbing the mountain. 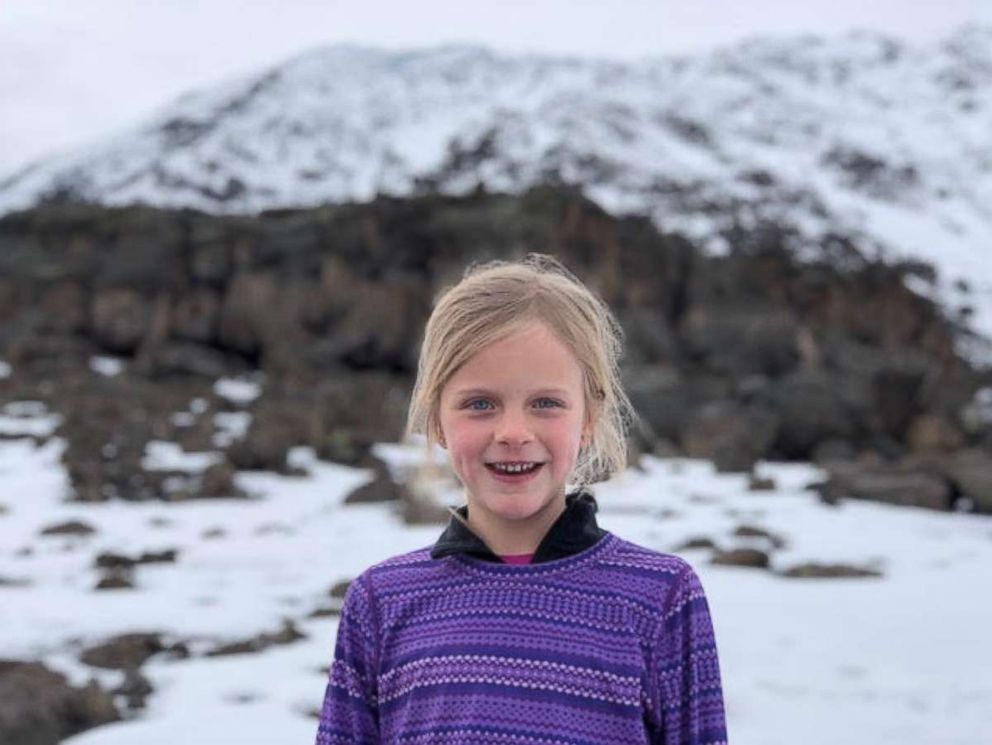 In late January, she saw a story about a Florida girl who reached the summit in July 2017 at age 8.

"I woke up Montannah the next morning and said, 'If you want this record, we have to go when you’re still seven,'" Kenney recalled. "I knew she had spring break in March and we planned the entire trip in a month-and-a-half."

Kenney found a guide through one of her triathlon athletes who obtained a permit from park officials that allowed Montannah to attempt the climb while under the age of 10.

Kenney and Montannah's training consisted of four-to-eight-hour hikes on weekends, and shorter hikes during the school week. 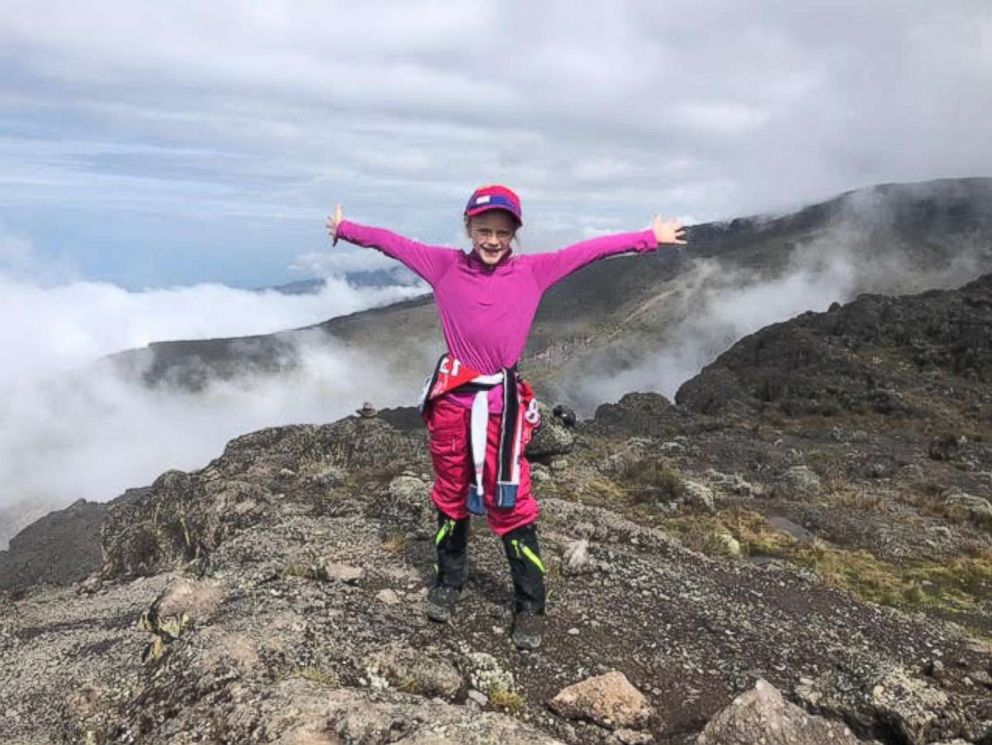 They passed the time on their hikes by practicing spelling and math, listening to music and inviting friends to join them to make it fun.

"When she decided to do this, I knew what kind of training she needed to do and I didn’t want to rob her of her childhood over that month and a half," Kenney said of her daughter, a second-grade student.

As Montannah learned more about exactly how high she would be climbing into the sky, she began to think of her dad, who died just one week after her third birthday.

"When we talked about the mountain being above the clouds, she immediately associated that with heaven and it resonated with her," Kenney said. "She loved that idea of being closer to her dad and asked me if she was going to be able to see him."

Kenney said Montannah carried that thought with her on their six-day hike up the mountain and when they reached the summit, "She really was looking." 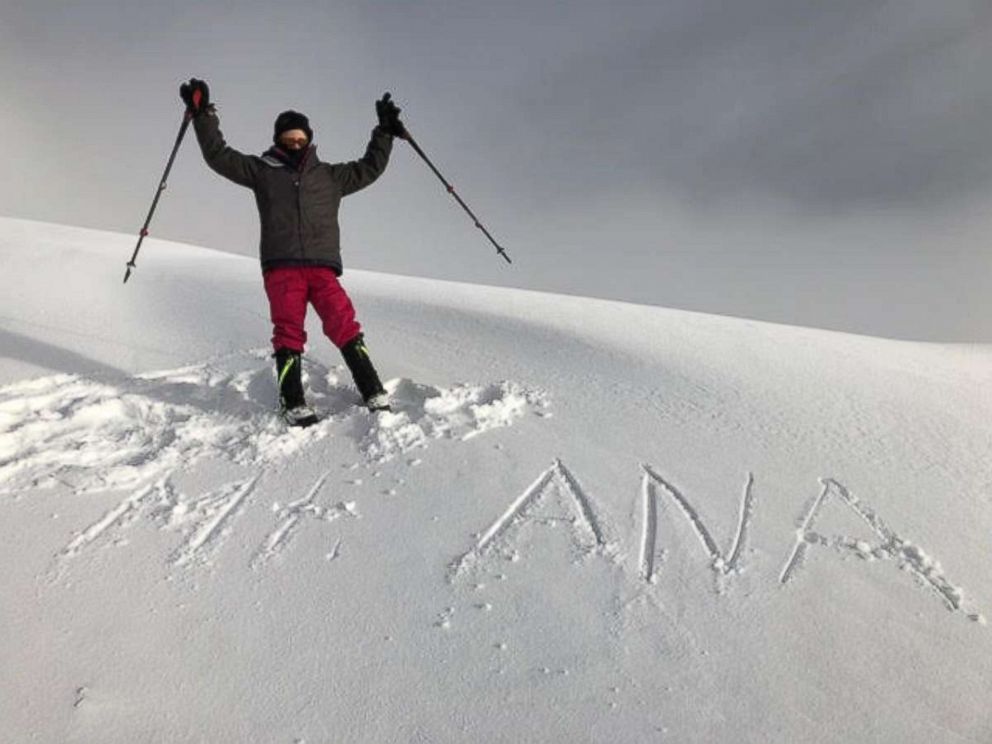 Montannah and her mom reached Mount Kilimanjaro’s summit on March 16, just less than two months before Montannah's eighth birthday. They had their lead guide and a team of more than 20 support staff that saw them through the wet and cold climb.

"Everything was wet by summit day," Kenney said. "We were putting on wet clothes, wet boots, my hair was frozen, our [water containers] were frozen."

At least twice during the six-day climb, Montannah declared it her "best day ever," Kenney said. 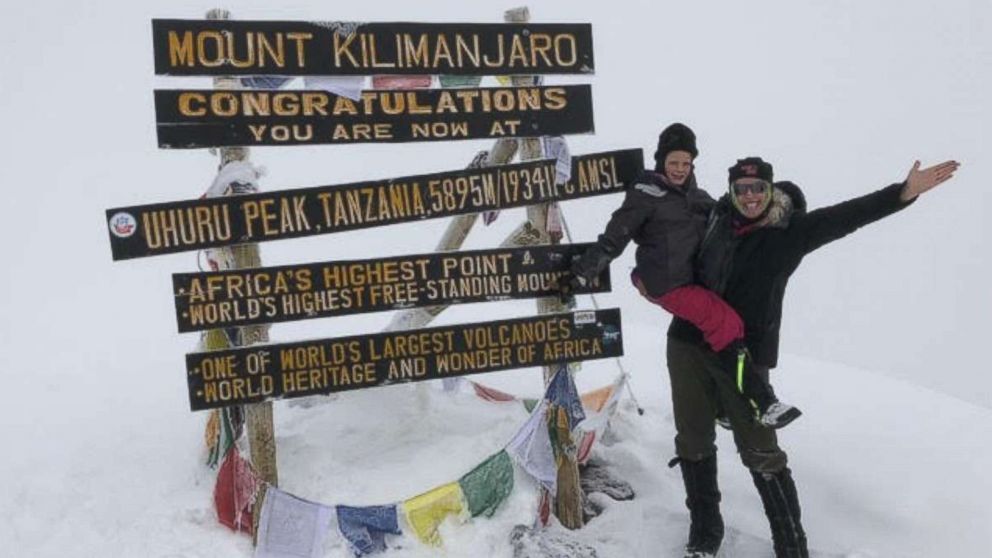 Hollie Kenney
Hollie Kenney and her 7-year-old daughter, Montannah, pose at the summit of Mount Kilimanjaro.

"She never, ever questioned what she was doing," she said. "Every day I asked Montannah if this was harder or easier than she thought it would be, and every day she answered, 'Easier.'"

Kenney, 45, said that while not all parents would let their 7-year-olds to climb a nearly 20,000-foot mountain, she knew her daughter was up for the challenge, and so was Kenney.

"I’m her only parent and I’m an older parent and I want to build these awesome memories with my child," she said. "Our philosophy in life is to be somebody and to do things with our lives."

Kenney and Montannah spent another nearly two weeks in Africa after their climb, going on safaris and visiting a local beach.

"This was really a cool thing for her and it’s kind of setting her up in life for some pretty amazing things," Kenney said. "To be able to provide the ability for Montannah to follow a dream that she wants to do, there’s no price tag."