We spend so much time on our phones, one of our biggest concerns is keeping them charged. But could grabbing some of those inexpensive cables to charge our iPhones put your phone at risk?

They’re known as lightning cables and they seem to be available everywhere we go now from gas stations to drug stores, and when you’re down to a low battery, you might just grab what’s convenient. But many people don’t realize that in some cases that move could end up doing some serious damage to your phone.

We’ve seen the reports and home videos of damaged iPhones when cables overheat or catch fire. 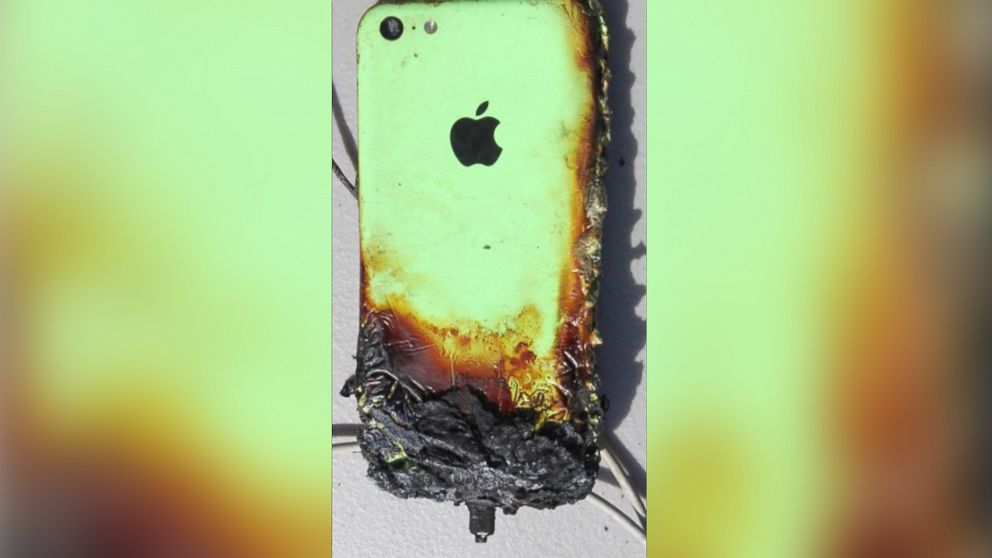 Obtained by ABC News
An iPhone that caught on fire is pictured here.

Jessa Jones, owner of iPad Rehab in Honeoye Falls, NY, gets phones shipped to her from around the country that she says have been damaged by bad cables.

“Fake cables can and do kill iPhones, all day, every day,” Jessa said.

But what keeps your phone safe from this always happening? There is a little protective chip inside Apple approved lightning cables that guards your iPhone from a power surge or potentially overheating. 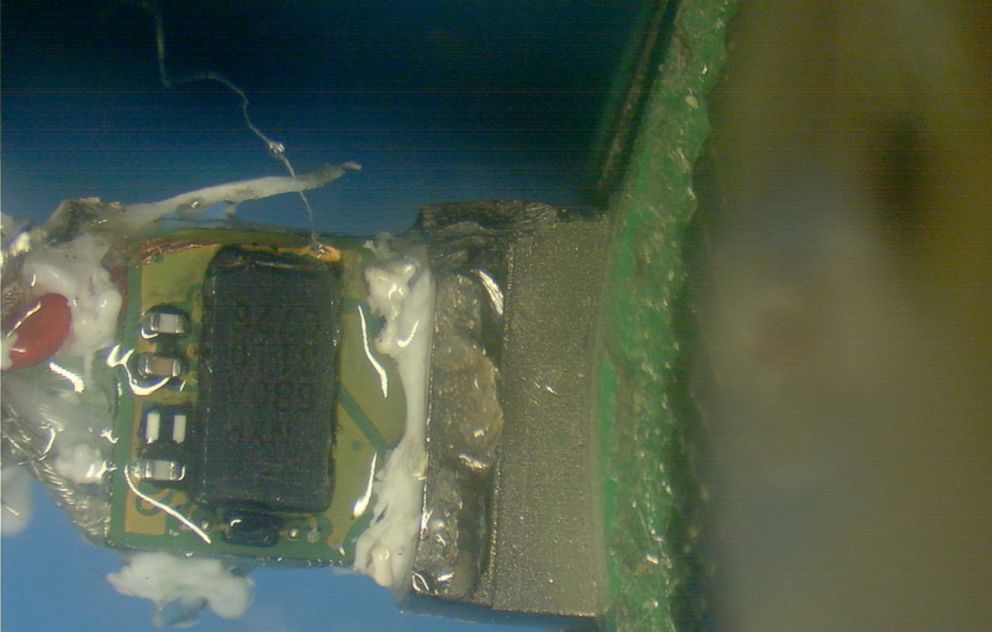 Experts say many cables on the market don’t have that chip.

Apple has a certification program called Made For iPhone of MFi. MFi cords made by other manufacturers have to include the protective chip, but how do you know what’s an MFi certified cable?

Apple has a database on their website where you can search brands and models to see if they’re certified.

To see what we would find, “GMA” Investigates bought eight cables: three from gas stations, one from a popular discount store chain, one from CVS, one from Walmart and two from Amazon. 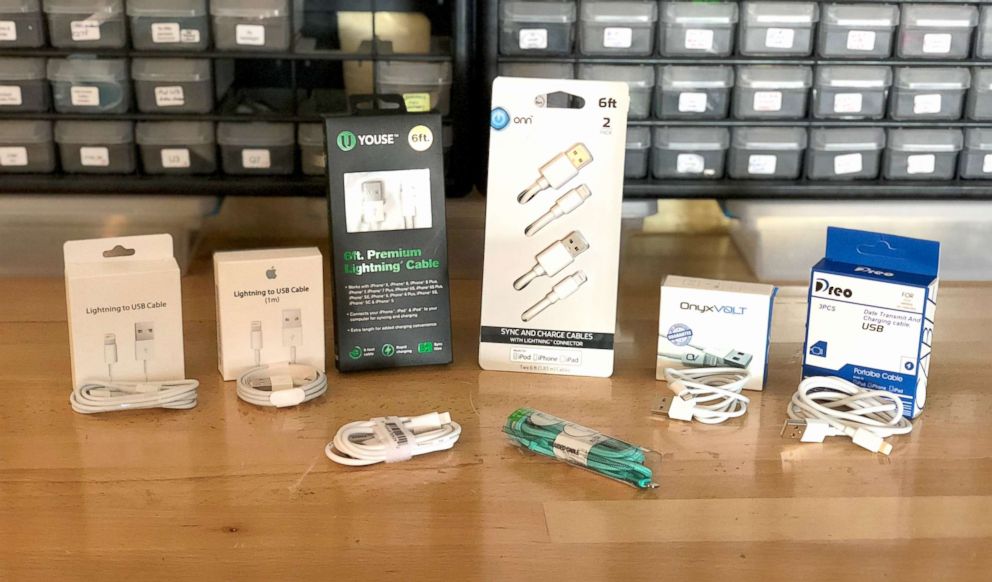 ABC News
"GMA" Investigates bought eight cables: three from gas stations, one from a popular discount store chain, one from CVS, one from Walmart and two from Amazon.

We took those cables to Jessa to examine. She said, “You could maybe use [them] and be lucky your entire life but that one time a noisy voltage goes up the cable and damages the inside of your phone, your phone may be just totally dead.”

Jessa first opened our cables from Walmart and CVS and found they have the proper protective chip and are Apple certified. Jessa pointed out, “That is what a certified cable should look like.”

But our cable we bought from the discount store chain we bought for is a different story. It says on the box it “works with” certain iPhones and it doesn’t claim to be MFi certified. When Jessa opened up the lightning end of the cable to check for the protective chip, she said, “We can tell it’s the same copy style non-certified, probably should not use it, cheap cable.” And it is missing that protective chip.

Next, Jessa checked the three different cables we bought from gas stations. All of the cables were under $8. The first two are missing that important protective chip and the third, ABC News’ Gio Benitez pointed out, “Everything sort of looks legit when you’re looking at it.”

At first glance the packaging looks like a real Apple product. 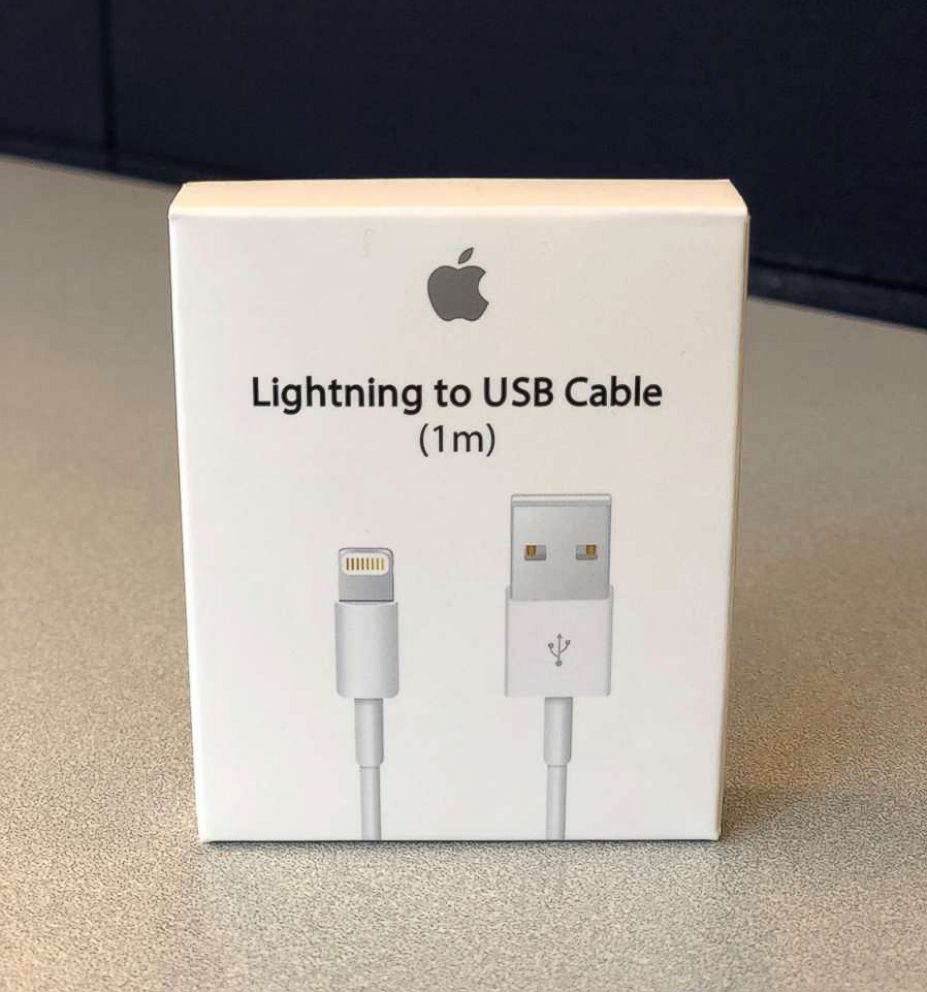 Jessa laughed, “Maybe you guys got the deal of a lifetime.” Jessa pointed out that we only paid $7.99 at the gas station while the cable directly from Apple’s website is $19.00.

But Jessa confirmed the deal is too good to be true when she opens up the cable and there isn’t an Apple certified protective chip. She says it is counterfeit.

Our last two cables were sold on Amazon and claim to be MFi certified in the listing and on the packaging, but when she checked for the chips she finds that neither has the protective chips.

“That’s in direct contradiction to what we are being told by the advertising. It said it was certified. And it is not, clearly not. The chips really can’t lie.”

Out of all of our cables, Jessa found that six out of the eight cables we bought did not have the protective chip and could pose a hazard.

So now that our expert has taken a look, we sent them off to Apple to see what the company had to say.

And after examining the cables, Apple confirmed that those six cables were counterfeit or otherwise problematic and could damage your phone. They told us, “The safety of our customers is our first priority, and our teams are constantly working with law enforcement, merchants and e commerce sites around the world to remove counterfeit products from their stores. We encourage customers to buy directly from Apple or Apple Authorized Resellers.

For more information about where to buy genuine Apple products please visit: https://locate.apple.com/.”

We reached out to all the stores where we bought our cables and the manufacturers. We only received comment from Amazon and they told us: “Customers trust that they will receive authentic goods when they shop on Amazon and anything that diminishes that trust is unacceptable. Counterfeit is an age-old problem, but one that we will continue to fight and innovate on to protect customers, brands, and sellers.”

UL, one of the world’s largest product safety lab, which tests and writes standards for lightning cables, said the issue of uncertified cables is concerning. “You can potentially overcharge the battery which can cause a fire or explosion which is a safety issue. You can damage the phone to the point that you won’t be able to use it or get the data off it anymore,” said Randy Ivans, UL Wire and Cable Program Manager.

While Ivans and other experts say you could be fortunate and never have a problem, they also say it’s best to play it safe. “They are readily available, easy to get, nice on the pocketbook, but they have to be aware that you are going to get what you pay for and these cheap chargers may or may not have safety certifications on them. That’s a big concern,” Ivans said.