Two grooms recently brought the house down with a performance that'll put any couple's first wedding dance to shame.

Noah Aberlin and PJ Simmons surprised guests with their epic moves during their Oct. 7 nuptials in Coxsackie, New York.

The YouTube video of the routine, which has 270,480 views and counting, features a mashup of songs and a grand finale that would even make Patrick Swayze proud. 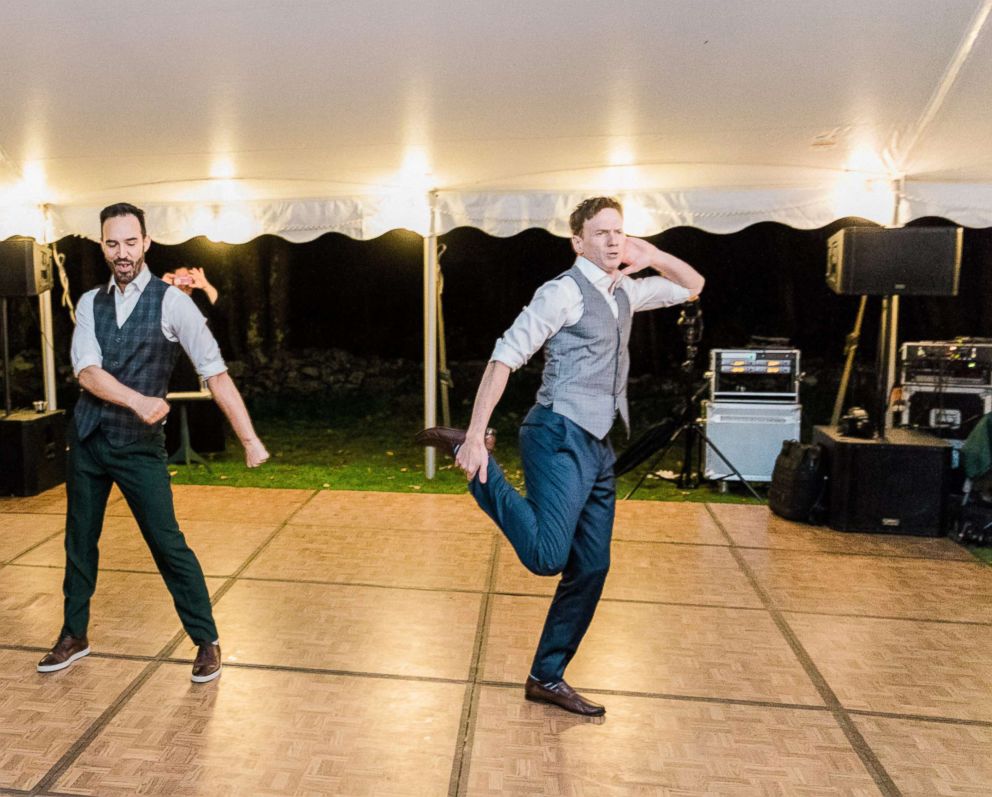 Courtesy Holtz Photography
Noah Aberlin is a dancer and got his M.F.A. in Musical Theater from Syracuse University.

"We are so moved that our silly 'prank' is getting so much attention," Simmons told "GMA" in an email. "The responses we have gotten from all the social media outlets has been really emotional for us. We are extremely moved that it is bringing so many people so much joy!"

Aberlin, 36, and Simmons, 51, have been together for 10 years and were set up through a mutual friend. Aberlin used his background in dance to prepare for his and Simmons' special dance. In all, it took about seven weeks of practice.

The couple worked with a salsa instructor and a professional dancer friend to help with finishing touches. 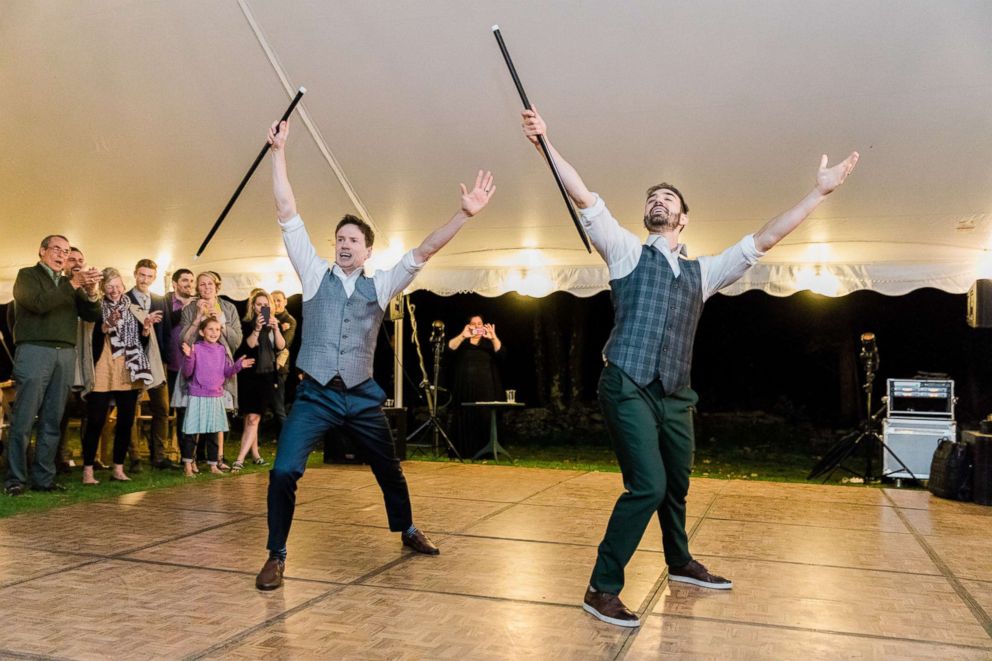 Courtesy Holtz Photography
Noah Aberlin and PJ Simmons surprised their guests with an epic dance at their Oct. 7 wedding in Coxsackie, N.Y.

The choreography, however, was largely spearheaded by Aberlin. Songs included "Conga" by Gloria Estefan and Miami Sound Machine; "Get Down Tonight" by KC and The Sunshine Band; and for the big finish, "(I've Had) The Time of My Life" made popular by the film "Dirty Dancing." 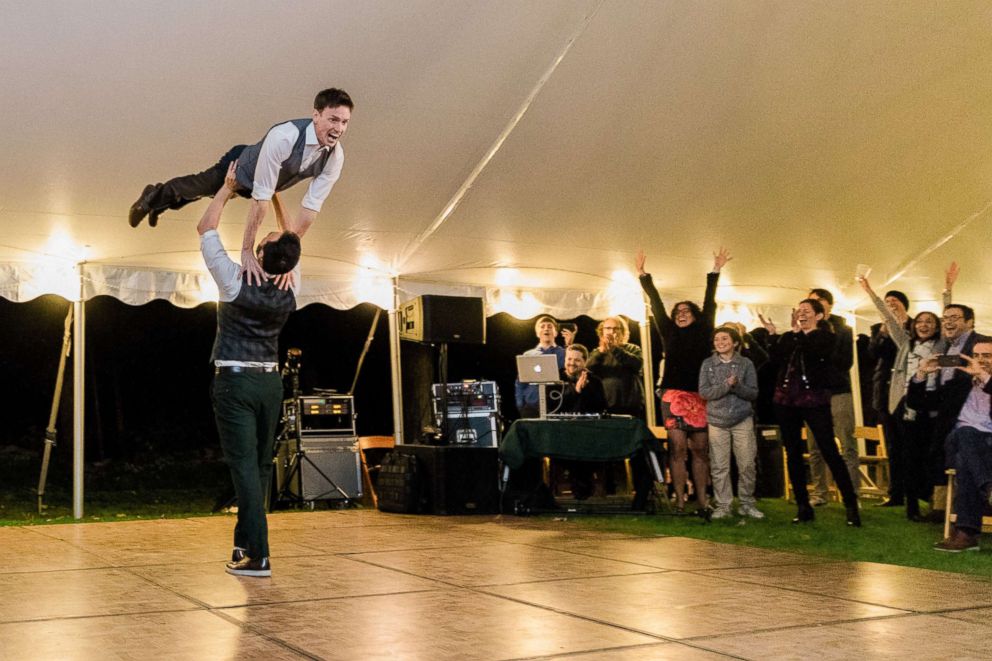 Guests erupted in cheers as Aberlin and Simmons concluded their routine with Johnny and Baby's famous lift from the movie.

"We were blown away. We hoped it would get people excited, but the energy was off the charts as soon as the Gloria Estefan song started and people realized what was happening," Simmons said. "The most amazing part was people coming up to us afterward with tears in their eyes saying how uplifted and moved they were by it."