Hurricane Ida ravaged Louisiana and much of the East Coast, killing at least 59 people across eight states and leaving thousands without power -- and often without a hot meal.

That's where Operation BBQ Relief comes in. The nonprofit, which serves barbecue meals to those in need after national disasters, says it has deployed to 80 natural disasters since 2011 to feed families and first responders.

"I do this time and time again," said Jeremy Bruce, Operation BBQ Relief's Head of IT, who arrived in Louisiana this week. "You know, 'From the frying pan into the fire,' as they say, and literally because it's hot, it's hard. But when you see the impact that you make, it makes all those sacrifices worth it." 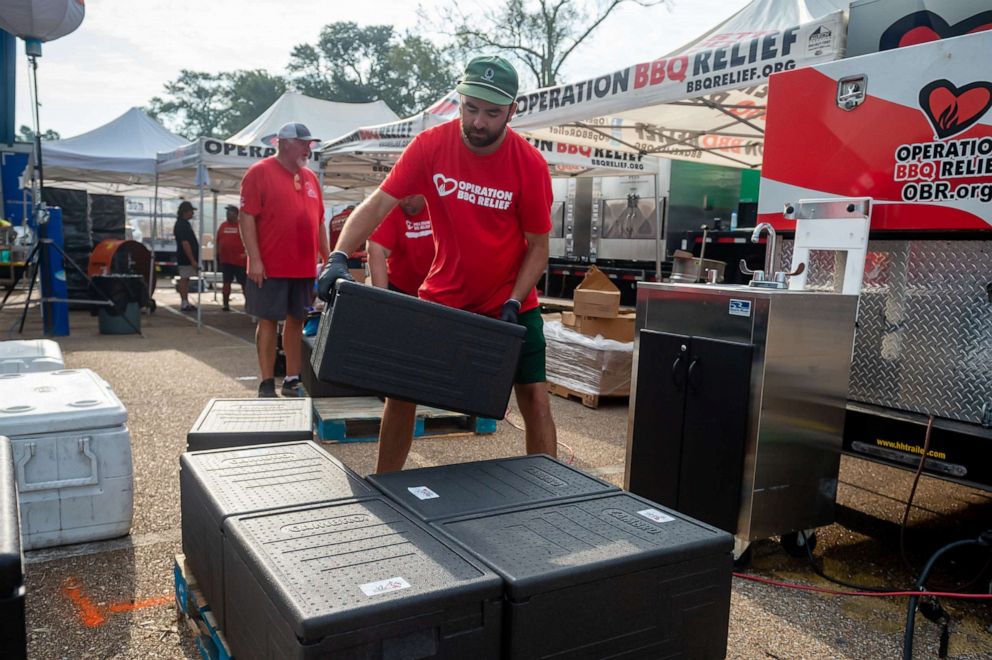 The volunteer group arrived in Hammond, Louisiana, on Aug. 30 to serve hot meals to the community impacted by Ida.

"We're trying to get meals out into the community as fast as possible. We got in on Monday afternoon. We rolled in fired up the generator and started putting sausage links on the smoker," Stan Hays, CEO and co-founder of Operation BBQ Relief told "Good Morning America." 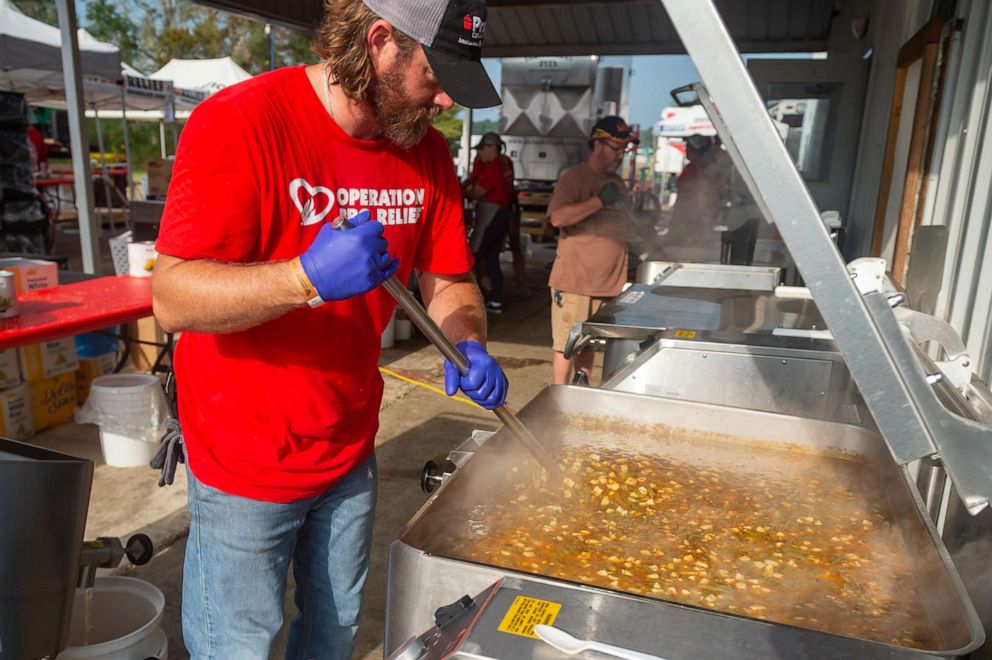 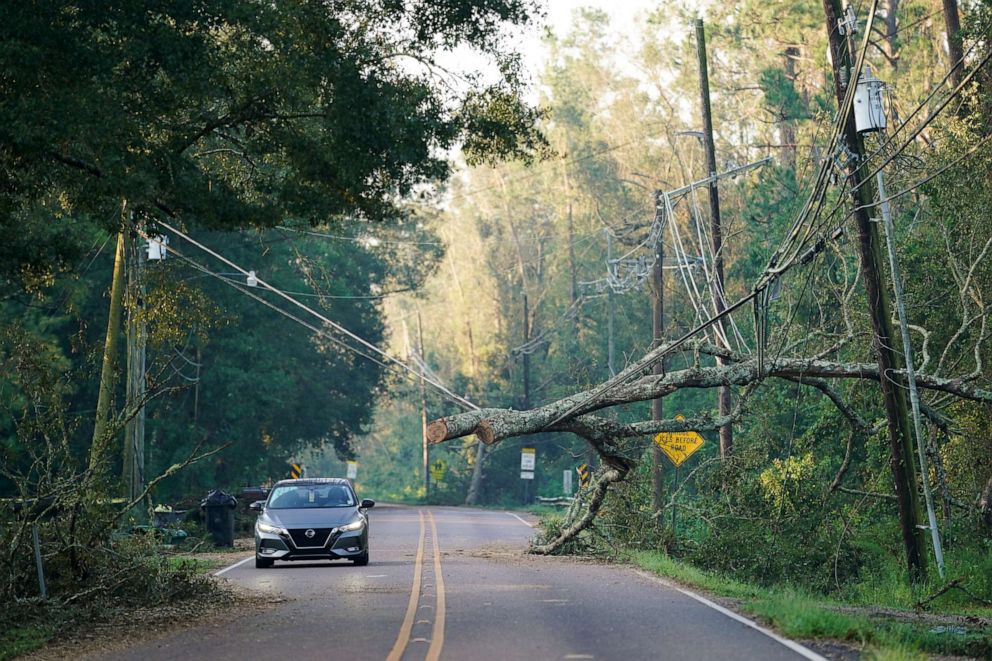 Hurricane Ida was the fourth-fastest intensifying hurricane on record and left some areas with up to 15 inches of rain. Local Louisiana officials warned it could take weeks before the power is fully restored.

"Our community has been completely devastated," Kaite McCaleb of Hammond, Louisiana, told ABC News. "We've lost homes. We've lost cars. My car flooded and a tree fell on my house."

MORE: How remnants of Hurricane Ida wreaked havoc on Northeast 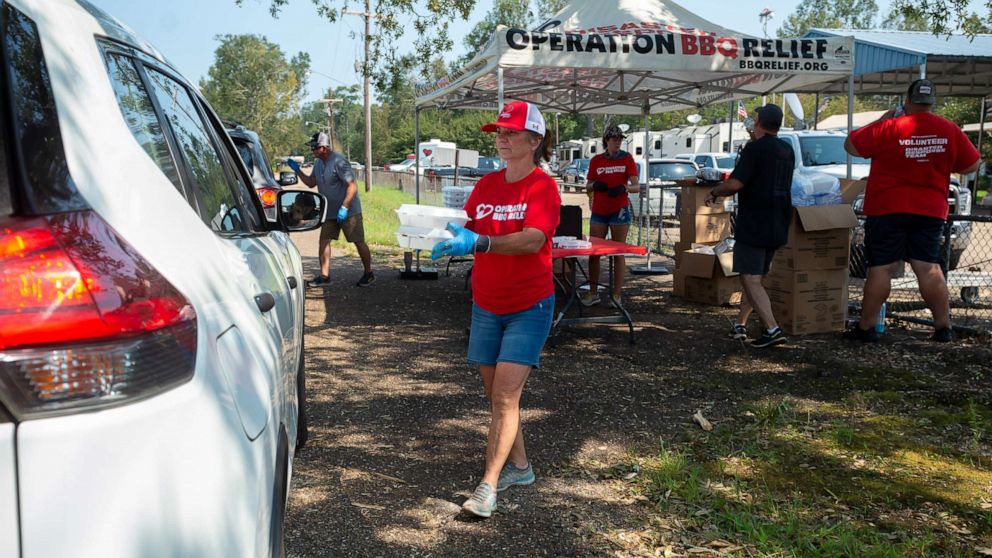 With power lines down, most stores and restaurants remain closed, making food resources difficult to come by. The free meals were a resource McCaleb said she was grateful to find.

"It makes us feel like we're not alone and we're cared for like, people care about Louisiana," she said. "They gave us a warm meal when there was no other way we can get one, so we're very thankful."

So far the group says it has given out thousands of meals in Hammond.

"It's a barbecue meal. I mean, it's pulled pork, it's a vegetable, it's a roll. In the big scheme of things, that's really not anything. But on that day, when you're the lowest of low, and somebody just hands you a hot meal, it just totally changes your day and makes you kind of want to go on and continue," volunteer David Keith said. 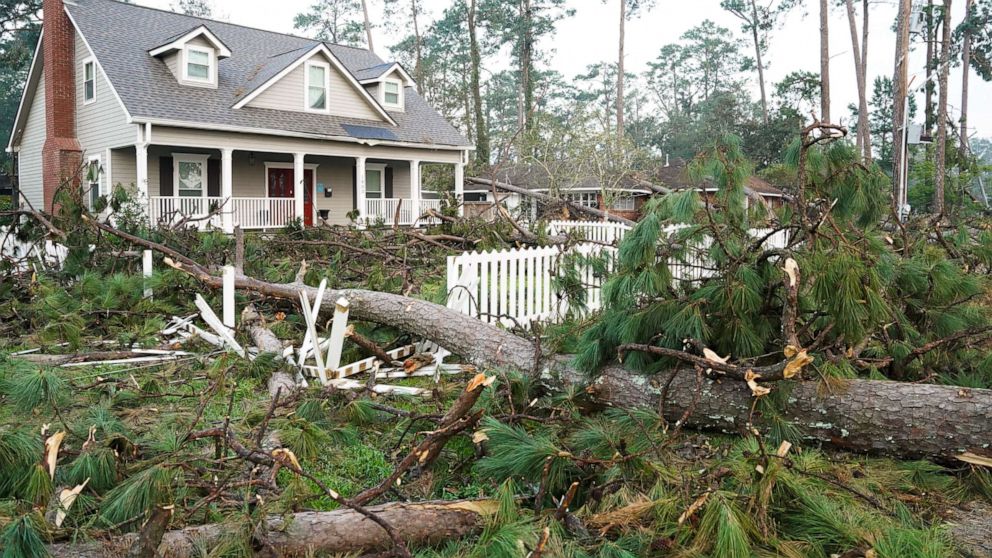 The devastation hits home for Keith and other staff and volunteers.

"Our house was basically underwater from (Hurricane) Sandy. We lost everything. Before Sandy I had never thought about volunteering," he said.

After that experience, he knows "firsthand what that hot meal means."

"It really makes you realize what's important in life when you see people who lost everything and their whole day is brightened up by that one hot meal," Keith said.