When RaDonda Vaught, 38, a former ICU nurse, saw her patient's condition she knew she had made a mistake.

"What did I just do to this patient?" Vaught said she asked herself in an exclusive interview with ABC News' Eva Pilgrim for "Good Morning America." "If I didn't kill her, what kind of quality of life is she going to have after this? What is her family going to experience?"

It was a mistake that cost Vaught her career and her patient's life. 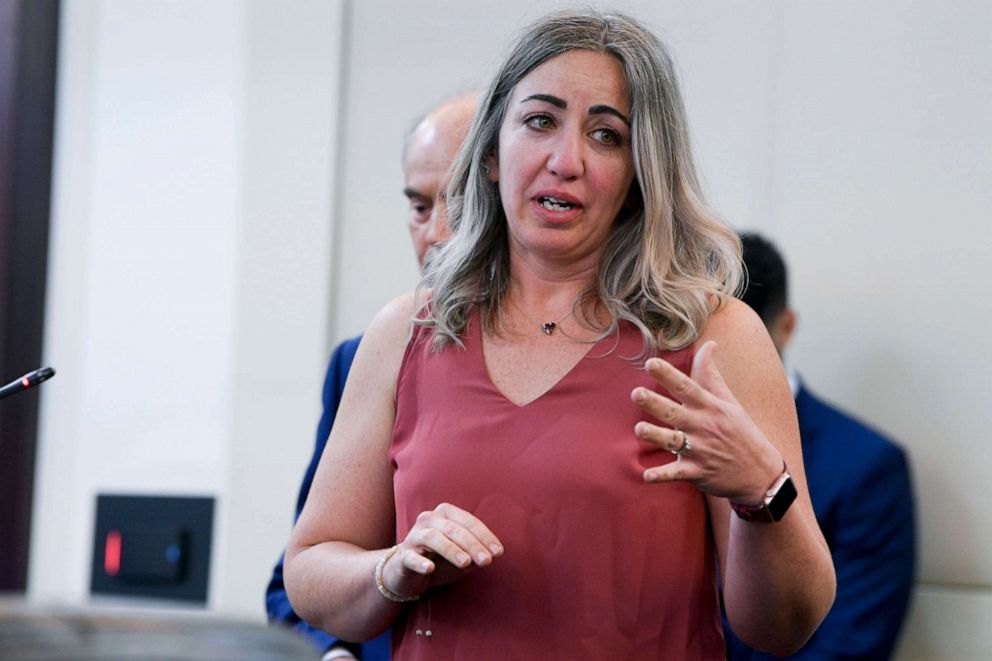 Nicole Hester/Pool via AP
RaDonda Vaught apologizes to the family of Charlene Murphey during her sentencing in Nashville, Tenn., May 13, 2022. Vaught was found guilty in March of criminally negligent homicide and gross neglect of an impaired adult after she accidentally administered the wrong medication.

In December 2017, at Vanderbilt University Medical Center, Vaught gave 75-year-old patient Charlene Murphey a fatal dose of the wrong medication. Vaught intended to give a sedative called Versed, but administered a powerful vecuronium, an anesthetic used to keep a patient still during surgery.

"The moment you realize you make a mistake with a drug like that, and then you see this patient's condition -- it was immediately really bad," Vaught said.

Murphey received the paralytic agent and died the following day from that fatal dose of medication.

In the wake of Murphey's death, Vaught was fired from Vanderbilt University Medical Center and stripped of her nursing licenses. Vanderbilt University Medical Center negotiated a settlement with Murphey's family, and according to an investigation lead by “The Tennessean” newspaper, the hospital failed to report the medication error to state or federal officials, as required by law.

"It is heart-wrenching to know that Ms. Murphey and her family were so horrifically let down. That will overwhelm any good that I ever did in my career," Vaught continued. "They are the patient and the family that will live with me the most."

In court documents, the local prosecutors claimed Vaught made 10 mistakes, including pushing the override setting on the electronic medicine cabinet when she couldn't find the sedative Versed. This offered her access to more powerful drugs, including the paralytic agent vecuronium. They also claimed that Vaught ignored four warnings about the medication, including the label, "Warning: paralyzing agent."

Vaught admitted in interviews with investigators that she was distracted that day because she was training a new nurse at the time.

"Anytime you have additional responsibility, that responsibility can be distracting." Vaught told ABC News. "I allowed myself to split my focus into two different things at once."

Vaught's attorneys argued that the former nurse's mistake was made by "systemic errors" at the hospital's pharmacy that allows nurses to override the safeguards. A 56-page federal investigative report written by the Center of Medicare and Medicaid Services also found deficiencies at the hospital.

Neither the medical center nor anyone else involved in Murphey's death faced punishment.

ABC News reached out the Vanderbilt University Medical Center but they declined to comment. In 2018, the hospital filed a 300-page plan of correction with the Centers for Medicare and Medicaid Services to address the cited deficiencies outlined in the previous report, which included enhancing safety measures when administering paralytic drugs.

In March, a jury found Vaught guilty on the lesser charge of negligent homicide and gross neglect of an impaired adult.

The Davidson County District Attorney's Office said in a statement, "This case was, and always has been about the gross neglect by RaDonda Vaught that caused the death of Charlene Murphey. This was not a 'singular' or 'momentary' mistake. Multiple health care professionals were on the jury. The jury found a series of decisions were made by Vaught to ignore her nursing training, and instead, failed to adhere to safety protocols that proved to be fatal." 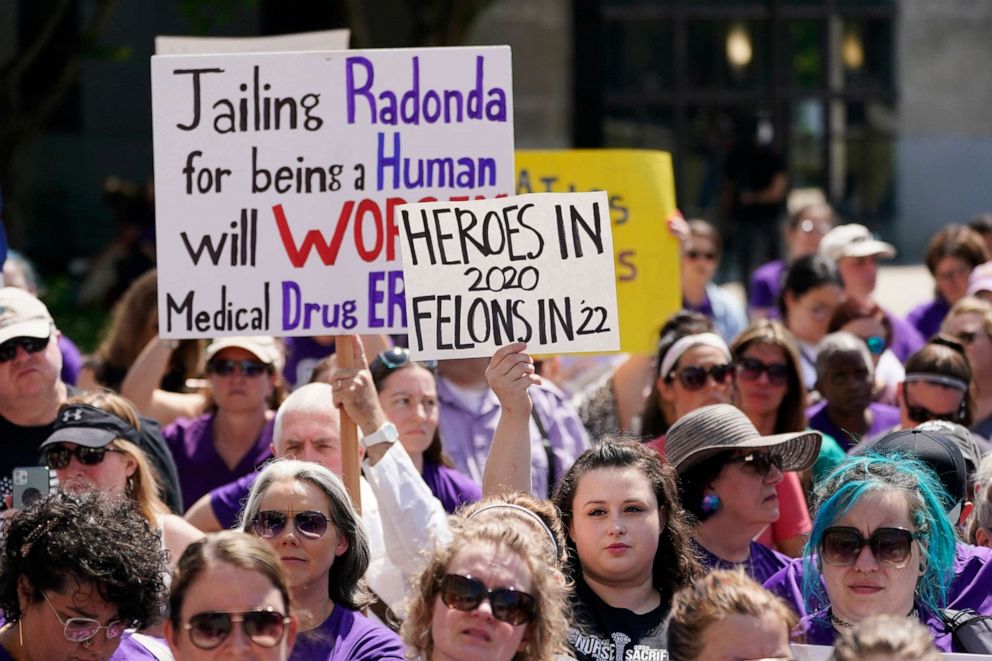 Mark Humphrey/AP
People demonstrate outside the courthouse where the sentencing hearing for former nurse RaDonda Vaught is being held, May 13, 2022, in Nashville, Tenn. Vaught was found guilty of criminally negligent homicide in the death of a patient in March after she accidentally administered the wrong medication.

Why would anybody want to be a nurse now?

Since the start of Vaught's trial, hundreds of nurses across the country have come together to support Vaught. They have even taken to TikTok to make her name and story go viral.

“It really is the straw that broke the camel's back, so to speak,” Erica Daniels, a nurse based in Las Vegas, said. "After everything nurses have been through the last two plus years, one thing after another-- now to be charged criminally and convicted, why would anybody want to be a nurse now?”

Daniels believed that this case shows how nurses have been abandoned by all major organizations that are supposed to be protecting them.

“Any nurse could've been in her position,” Daniels continued. “Almost every nurse has had a medication error of some sort, or multiple throughout their career. That could be any one of us. We just resonate with it. We're glad that it's not us, but it could've been us.”

Following the guilty verdict, the American Nurse Association made a public statement in support of Vaught.

"We are deeply distressed by this verdict and the harmful ramifications of criminalizing the honest reporting of mistakes. Health care delivery is highly complex. It is inevitable that mistakes will happen, and systems will fail. It is completely unrealistic to think otherwise," according to the ANA's statement.

Vaught was sentenced last Friday to three years of probation. The victim's family told the court that Murphey wouldn’t want Vaught to face any jail time and that “she was a forgiving person.”

"I will never be the same person," Vaught said. "It's really hard to be happy about something without immediately feeling guilty. She could still be alive, with her family. Even with all the system errors, the nurse is the last to check."