Feel the rhythm, feel the rhyme, a four-man bobsled team from Jamaica is going back to the Olympics, in Beijing this time.

More than three decades after Jamaican bobsledders debuted at the Calgary Olympics, inspiring the movie "Cool Running," a team from Jamaica will compete at the 2022 Beijing Olympics.

In Beijing, Jamaica will have not just a four-man bobsled team competing, but, in a first for the country, also a two-man bobsled team and a female athlete competing in the monobob competition, an individual event that is making its Winter Olympics debut.

"We're absolutely over the moon," Shanwayne Stephens, the Jamaican Olympic bobsled team’s pilot, told ABC News' Kyra Phillips. "It's been a lot of struggles over the last four years to obviously achieve what we've achieved and we've done absolutely everything in our power and everybody's come together as one team to be able to qualify for the games."

"It's been absolutely amazing and everybody is really excited and can't wait to get to Beijing and perform," he said.

One of Stephens's teammates, Matthew Wekpe, the team’s brakeman, began training with the bobsled team just one year ago, amid the coronavirus pandemic. He described it as "amazing" to now be heading to the Olympics.

"Shanwayne reached out to the Jamaican 7's [national rugby] team, who I played for as well, and kind of gave me the opportunity and I said, 'Yes,'" Wekpe said of joining the team. "And a year later, being able to call myself an Olympian is just an amazing feeling."

The Jamaica Olympic Association announced the news of the team's entry in the 2022 Olympics in a Jan. 17 tweet, writing, "Jamaica, we have a bobsled team heading to Beijing."

JAMAICA, WE HAVE A BOBSLED TEAM HEADING TO BEIJING! 📣

It will be fire on ice as #TeamJamaica 🇯🇲 secured their spot at the 2022 Beijing #WinterOlympics. This will be the 1st time JAM has qualified in 3 Olympic bobsled events: four-man, two-man and women’s monobob pic.twitter.com/hRd5h7lDlG

The Opening ceremony for the Beijing Olympics is set for Friday, Feb. 4.

Though it will be a scaled-down Olympics due to the coronavirus pandemic, with no public tickets sold for events, it will mark a triumphant return for Jamaica's bobsled team. 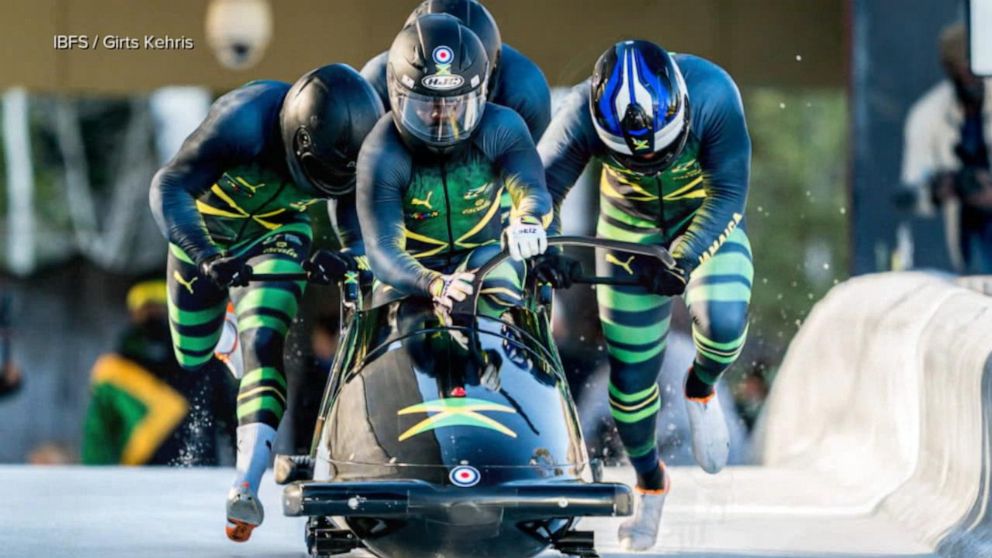 The last time a four-man bobsled team from Jamaica competed at the Olympics was 24 years ago, at the 1998 Nagano Olympics, according to NBC News.

The 1988 Olympics team did not medal, thanks to a crash on the ice, but their improbable Olympics run was made into the 1993 Disney movie "Cool Runnings." 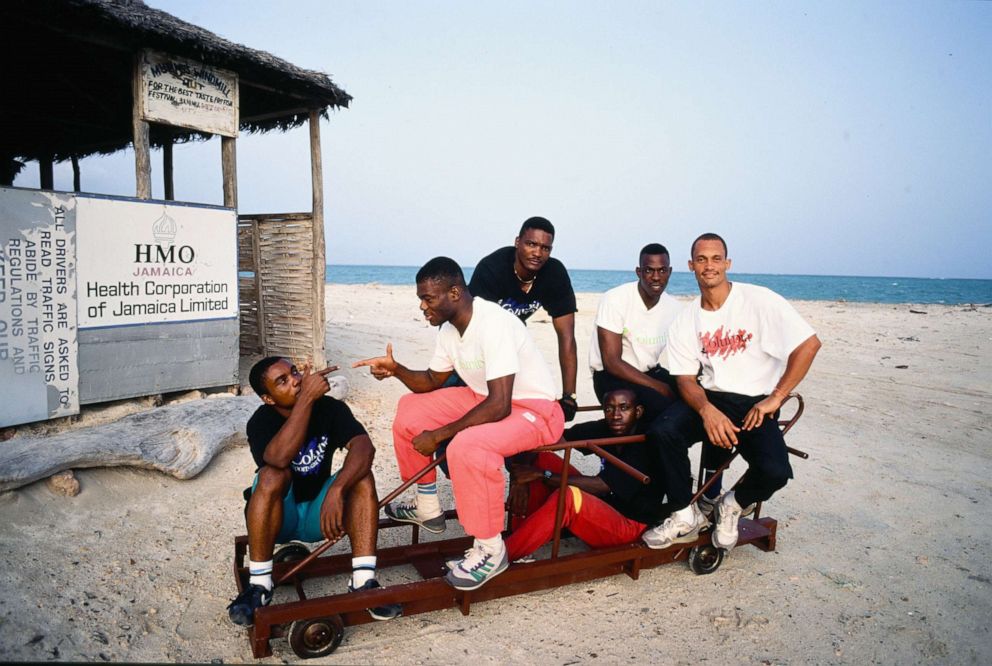 Paul Harris/Getty Images, FILE
In this May 2, 1991, file photo, the Jamaican national bobsleigh team which debuted in the 1988 Winter Olympic Games is shown on a beach in Kingston, Jamaica. 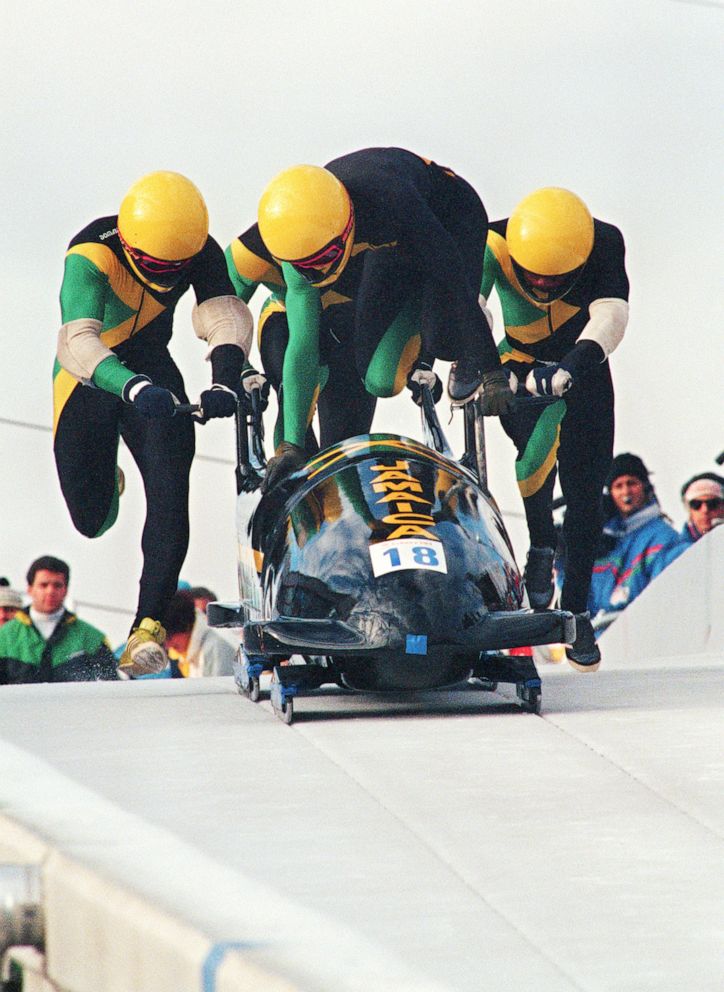 Georges Gobet/AFP via Getty Images, FILE
Jamaican four-man bobsleigh pilot Dudley Stokes jumps in as his three teammates push off at the start of the second run of the Olympic four-man bobsleigh event on Feb. 27, 1988, at the Canada Olympic Park in Calgary.

Jamaica is also making history in Beijing with its skiing team.

BREAKING: Benjamin Alexander 🇯🇲 made history by becoming the first Jamaican skier to qualify for the #WinterOlympics in giant slalom (alpine skiing) under the B criteria. #TeamJamaica #GuhHaadAndDone

Benjamin Alexander is only the second Jamaican in history to compete at the Winter Olympics, and the first in Alpine skiing, according to the Jamaica Olympic Association.