The New Orleans Jazz & Heritage Festival kicked off in New Orleans last weekend after two years and three cancellations due to the COVID-19 pandemic.

"The energy is just out of this world. I feel like there's just such an overwhelming feeling of like, love and camaraderie -- from the musicians to the participants," Robin Barnes, who is known as the Songbird of New Orleans, told ABC News.

Barnes is set to perform at the festival on Sunday, its closing day. 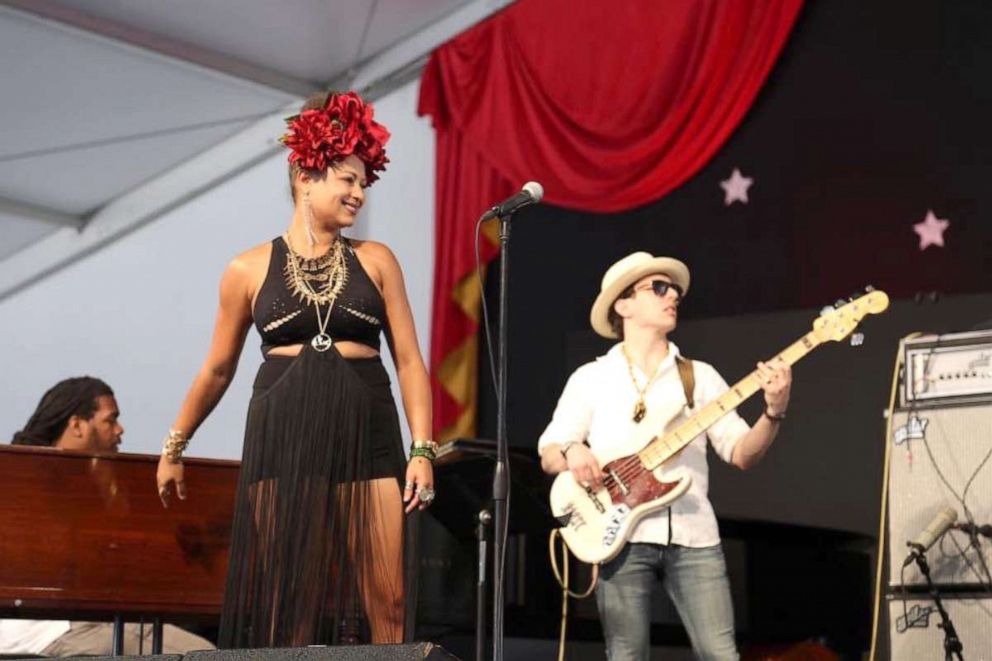 For New Orleans -- considered by many as the birthplace of jazz -- the festival is the city's musical heartbeat.

The 10-day cultural festival attracts over 400,000 visitors to New Orleans each year and draws musicians from around the world and pumps an estimated $400 million into the local economy.

"The economical side of it is extremely significant," Barnes said, adding that while tourism in the city ebbs and flows throughout the year, Jazz Fest is a "musical mecca" and its return is a "game changer" for musicians around the city.

"It's almost just a breath of relief," Barnes, who is part of the jazz duo Da Lovebirds with her husband Casey Pat, said. 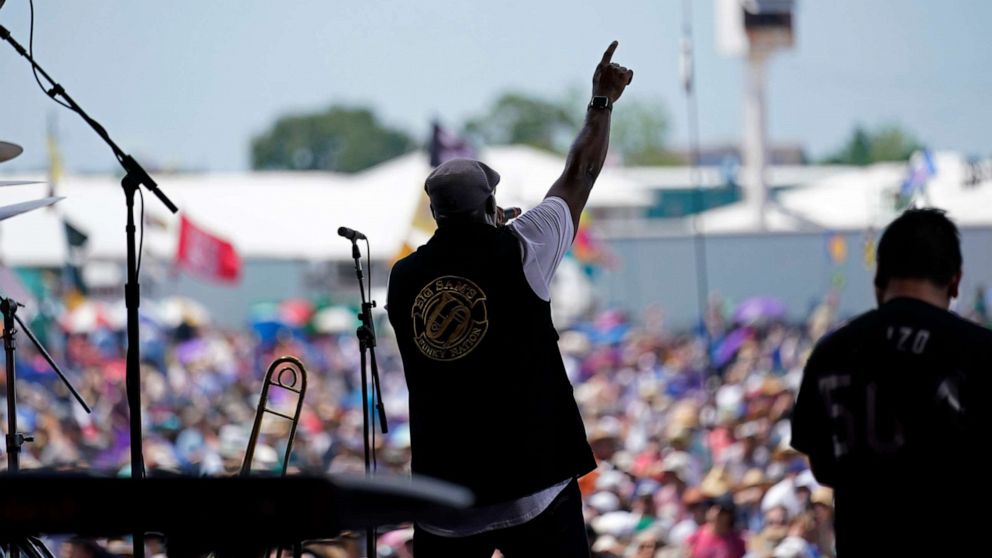 "For musicians, with the gig economy, every gig is a paycheck ... so coming from a pandemic, we've all had to learn to basically survive with no money," she added.

And the sorrows for the jazz community amid the pandemic have been immense in other ways. The human toll of the virus touched every corner of the jazz world as dozens of jazz musicians and producers died of COVID-19, including New Orleans jazz legend Ellis Marsalis.

"I feel like the amount of loss or lack of having music during the pandemic was able to really just force us to have such a renewed appreciation and love for the music," Barnes said. 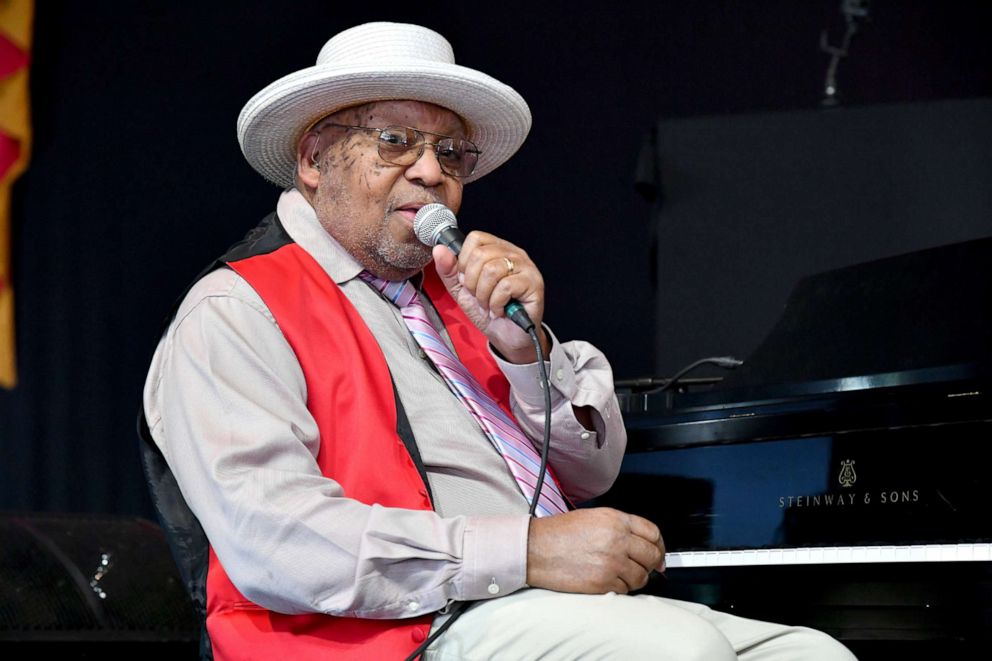 Hurricane Ida, which also wreaked havoc in New Orleans in September, swept away the Karnofsky Tailor Shop and Residence, a historic jazz landmark that Louis Armstrong once considered a second home and many musicians affected by the destruction.

As Jazz Fest returned to the city, the New Orleans Public School Board reversed a 100-year-old rule banning jazz in New Orleans schools. 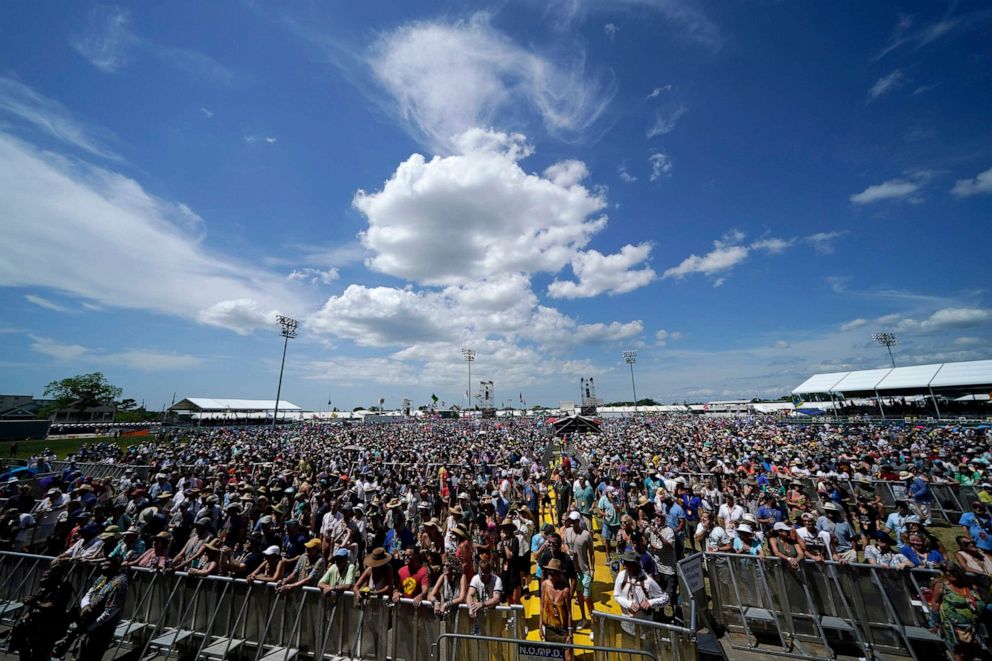 "There was no prior discussion. There was no analysis, there was no theory, theoretical analysis of jazz," he told "Good Morning America" of the rule.

Although it was mostly unenforced, Ducote brought it to the school board's attention which reversed the rule.

"It was really important for us to pass it because, to be honest, this is a policy that was rooted in racism," Olin Parker, president of the New Orleans Parrish school board, told "GMA." 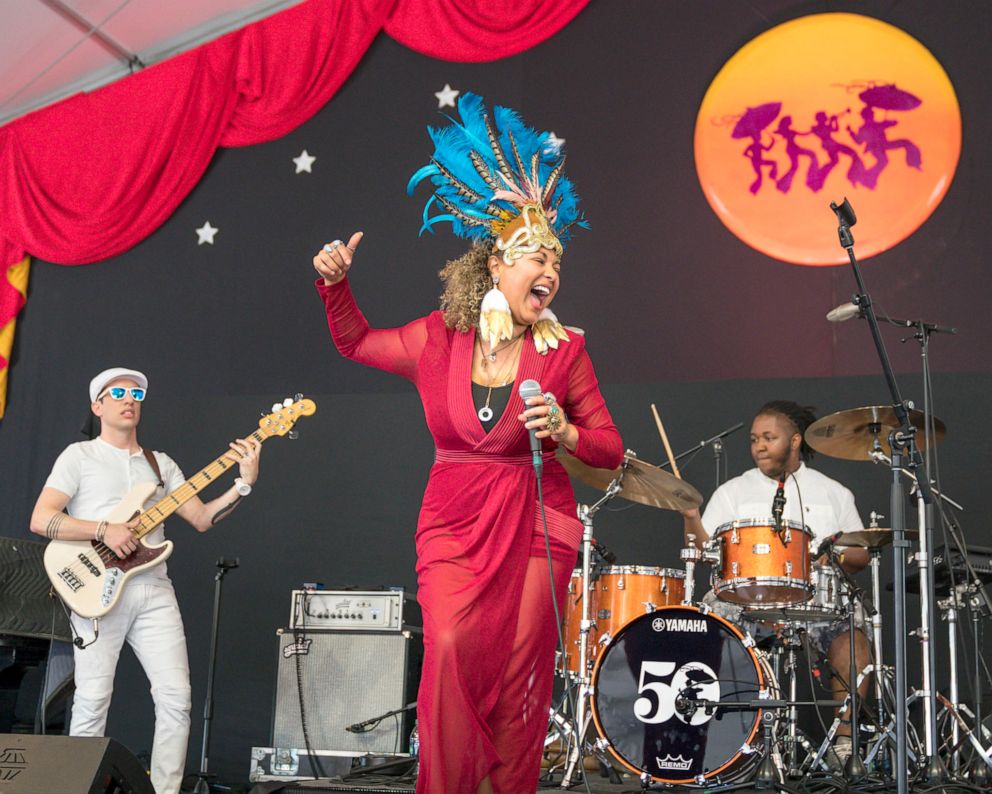 Barnes, who is the mother of a 2-year-old daughter named Riley, said reversing the rule is a "symbolic" move that shows the community's appreciation for jazz and its impact on New Orleans history.

As for Riley, who was born during the pandemic, Barnes said she is excited to have her daughter experience Jazz Fest for the first time.

Although jazz is the cornerstone of the event, the festival celebrates all the indigenous music and culture of New Orleans and Louisiana and includes music from various genres, including blues, R&B, gospel, Cajun, zydeco, Afro-Caribbean, folk, Latin, rock, rap, country and bluegrass, according to the festival's website.

Barnes said that the festival "encompasses the diversity" of New Orleans and so many people come because "there is something for everyone."