When the United States was hit with the influenza pandemic in 1918, the women of the Ojibwe tribe practiced a healing ritual known as "the jingle dress" dance. It is characterized by the tinkling sounds made by the silver cones that adorn the dress each time the dancer moves.

And now, one century later, as the COVID-19 pandemic devastates Native American communities, a Navajo photographer and his daughters have taken the "jingle dress" tradition on a journey across the country to bring spiritual healing to the land and raise awareness about the marginalization of Indigenous communities.

"It kind of sounds like rain on top of like a tin," said Sunni Begay, one of the jungle dress dancers. "The dance is like a prayer so the sounds kind of carry into heaven." 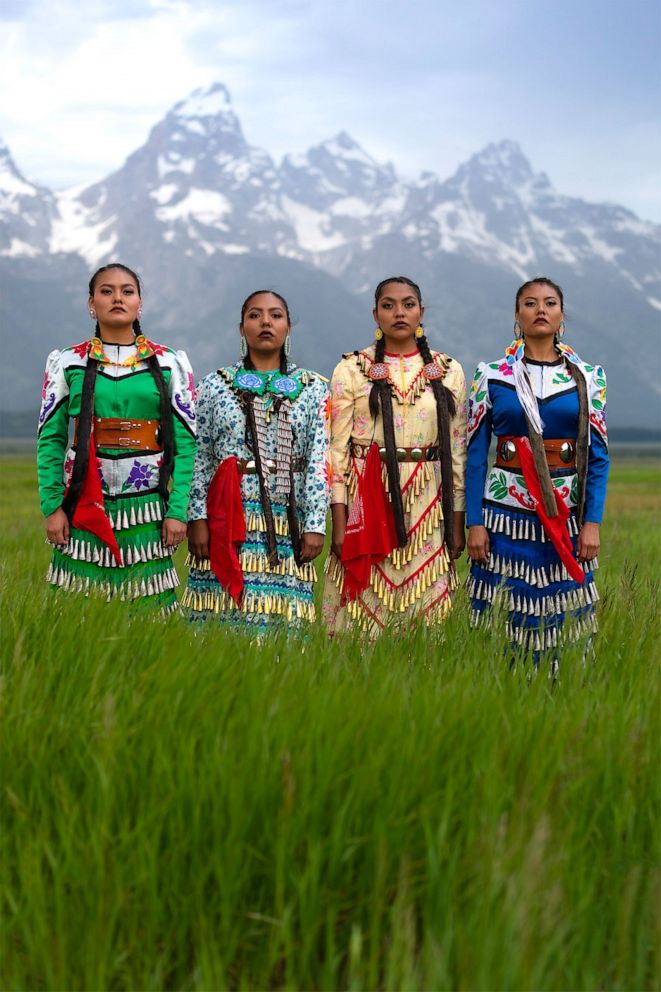 Inspired by a dream

When the COVID-19 pandemic hit the United States in the spring of 2020, Eugene Tapahe, a landscape photographer from the Navajo reservation in Window Rock, Arizona, was out of work.

COVID-19’s toll on the Navajo Nation

After three weeks of initial quarantine, it became clear the pandemic was here to stay and it hit Navajo Nation hard.

Tapahe's aunt, who lived in a home on the Navajo reservation, died of COVID-19, and for Tapahe, that's when "the pandemic really hit home." 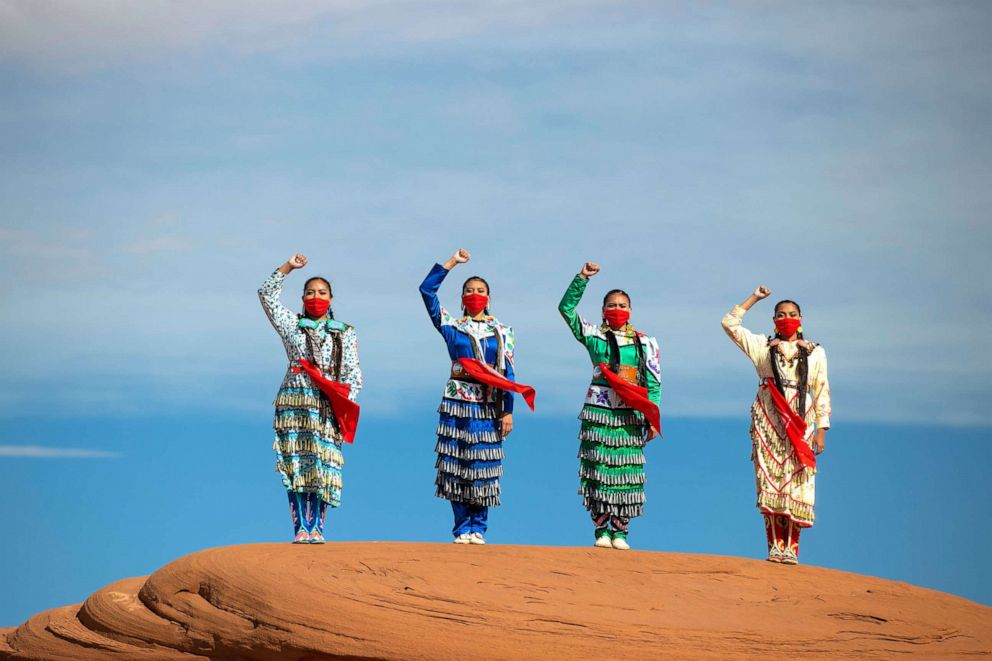 A few days after burying his aunt, Tapahe said that he was feeling increasingly despondent when he had a dream where he was sitting in Yellowstone National Park, a place that had always been a refuge for his family, and heard the sounds of a Native American healing dance.

"I was watching the bison, they were grazing up on the grass and the sun was setting," he said, and, "that's when I saw jingle dress dancers coming onto the grass."

Tapahe said he was inspired to launch a photography project that takes the spiritual "healing power" of the jingle dress across the country. He recruited four jingle dress dancers for the project: his daughters, Erin and Dion, along with family friends Sunni and JoAnni Begay. 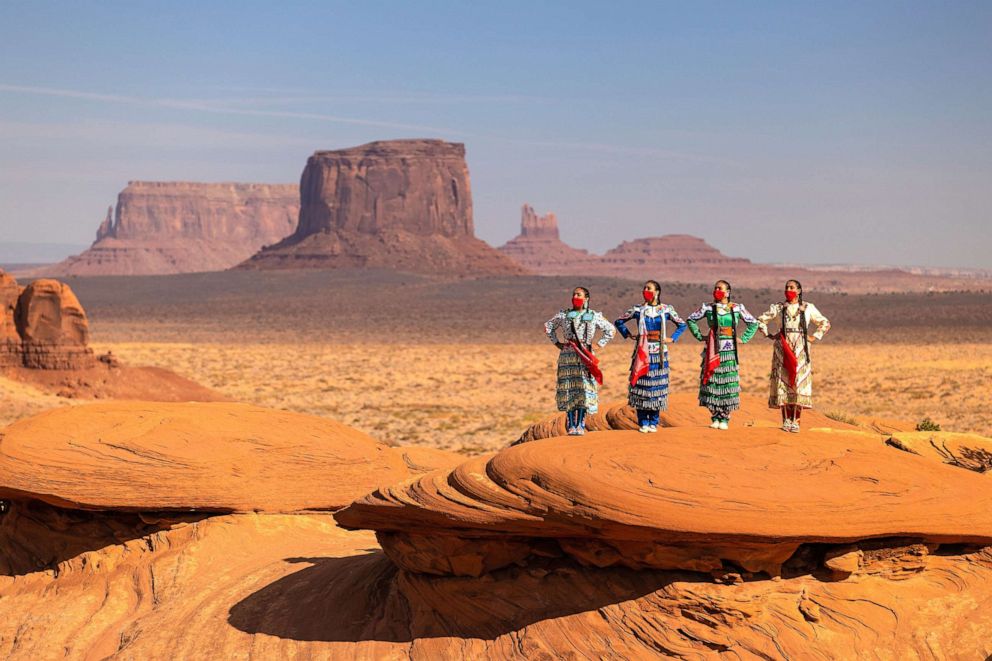 All of the photoshoots have taken place in nature at the site of popular landmarks in the U.S. and national parks -- from Minnesota to California. Tapahe said he chose to use natural light to capture photos of the young women dancing and posing in their jingle dresses in those locations.

Through "Art Heals: The Jingle Dress Project," the group has traveled over 25,000 miles so far and visited 18 different states.

The history of the jingle dress

The Tapahes and the Begays are members of the Navajo tribe of North American Indians, which is based in Arizona, New Mexico, and Utah, but the jingle dress originated as a tradition of the Ojibwe tribe.

Brenda Child, a historian at the University of Minnesota who teaches American Indian Studies, is Red Lake Ojibwe and the granddaughter of a jingle dress dancer. She has studied the origins of the jingle dress, which was celebrated in a 2019 exhibit at the university to mark its 100th anniversary, and how it became connected to modern day activism.

Child told ABC News the modern tradition first started in the aftermath of the influenza pandemic on 1918, when "a new healing movement" emerged in the Ojibwe communities of Minnesota and Ontario, Canada. 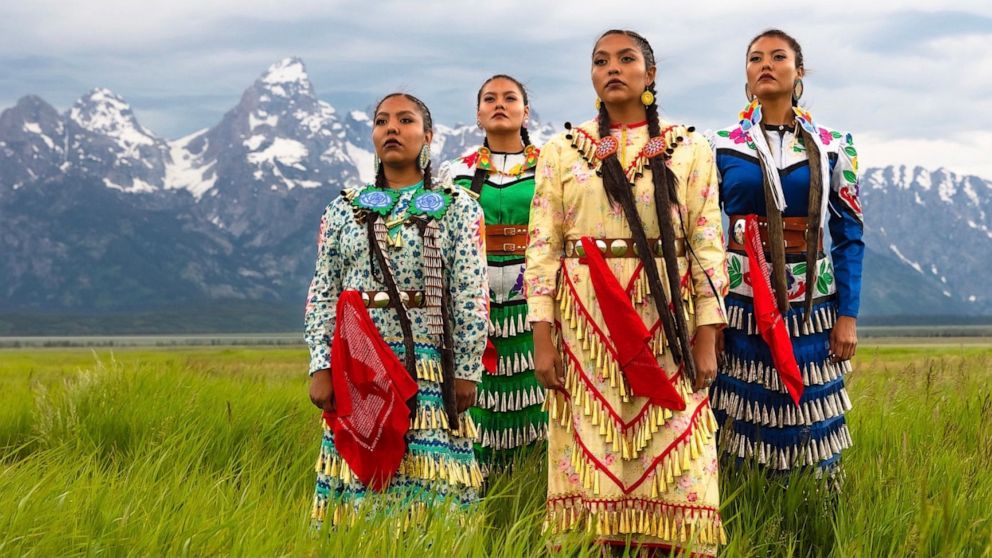 "The story of [the] first jingle dress dancer that's told in Canada, as well as in Minnesota, is about a little girl who was healed by the sound, the tinkling sound of these metal cones that were sewn onto the jingle dress," Child said. "It's also very much about healing the mind and healing the spirit."

The dancers for this current project told ABC News they met in a dance group at Brigham Young University in Salt Lake City, Utah, and they each wear a unique jingle dress.

The dance is like a prayer so the sounds kind of carry into heaven.

Connecting with the land

The first photo shoot for the project was at the Bonneville Salt Flats in northwestern Utah and from then on, Tapahe said the group took the jingle dress dance to national and state parks around the country -- from Minnesota, to California -- to capture a series of images of the places where their ancestors once lived.

"I really felt like those were the lands that were colonized first," Tapahe said. 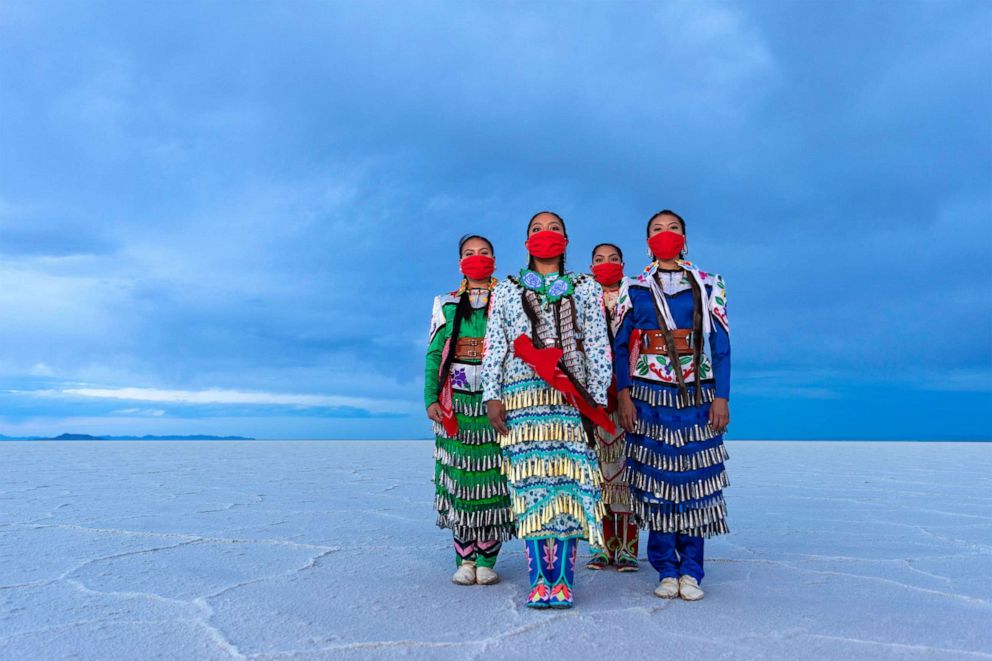 Erin Tapahe, who ran the Boston Marathon on Indigenous People's Day last month, said that through running and dancing, "every time my foot touches the earth," it is a spiritual experience and for Native Americas.

"Being able to have our own spirituality with the land is very important," she said.

"We don't see land as a method of ownership. We see land as just kind of a part of our being," she told ABC News. "And we understand that the land is our caretaker and so we need to take care of it."

Dion Tapahe told ABC News it's important to include Native American voices when it comes to decisions related to the land -- from building infrastructure, to environmental issues -- because Indigenous people "are very important stewards and have a lot of knowledge that should be resourced."

According to the group, this project, which they have documented on Instagram, has given them a platform to speak out on issues that are important to Indigenous communities.

One issue close to the heart of the Tapahe family is missing and murdered Indigenous women, and it became a part of the project through the red scarves worn by the dancers -- a color that has become a symbol to raise awareness about the issue. 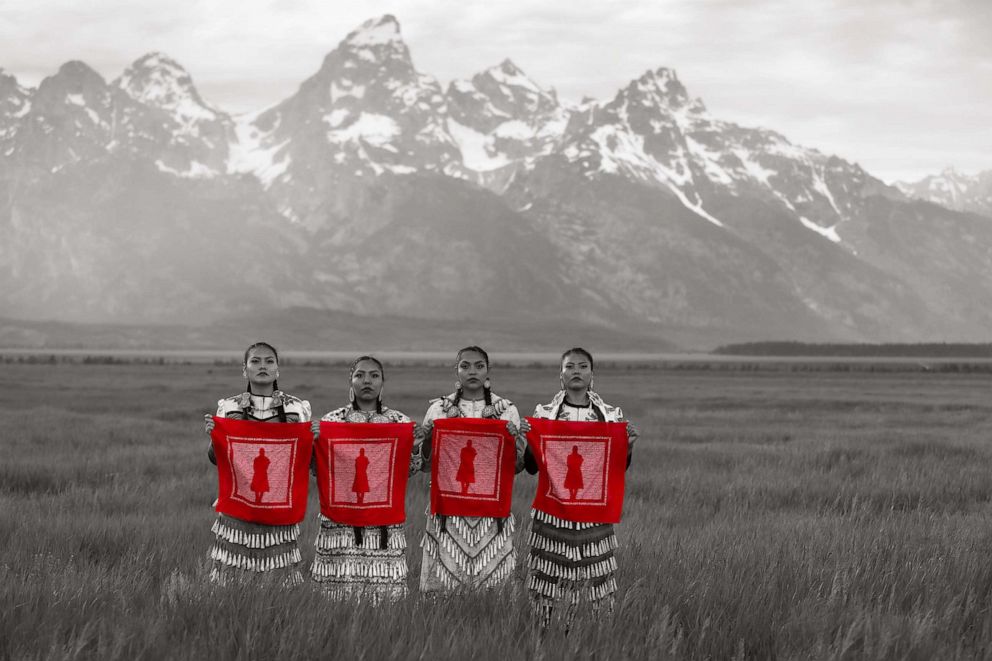 Eugene Tapahe said his cousin is missing and his family has been searching for her for years.

Prior to the project, Tapahe designed the silhouette of a dancer on a red scarf to represent the women who are missing and in each photoshoot for the project, the dancers have worn those scarves.

"I've always been an advocate for the missing and murdered Indigenous women," he said. "Every time we dance, we're honoring those that are missing."

Begay said there's a crisis of missing and murdered Indigenous women because efforts to find the women lack funding and infrastructure, and by bringing awareness to the issue, they want to highlight that Native people "are important and their family members are important."