Kai weighed a whopping 173 pounds when Pam Heggie started fostering him -- more than 100 pounds overweight for an adult golden retriever.

Heggie was overwhelmed by the dog's size, saying he was as big as a table.

Her veterinarian, she said, told her, "This is the most overweight animal I have ever seen."

Heggie doesn't know much about Kai's past, other than that his previous family took him to the vet to put him down. The vet stepped in and contacted the Misfits of Alberta Animal Rescue, which helped put Heggie together with Kai. 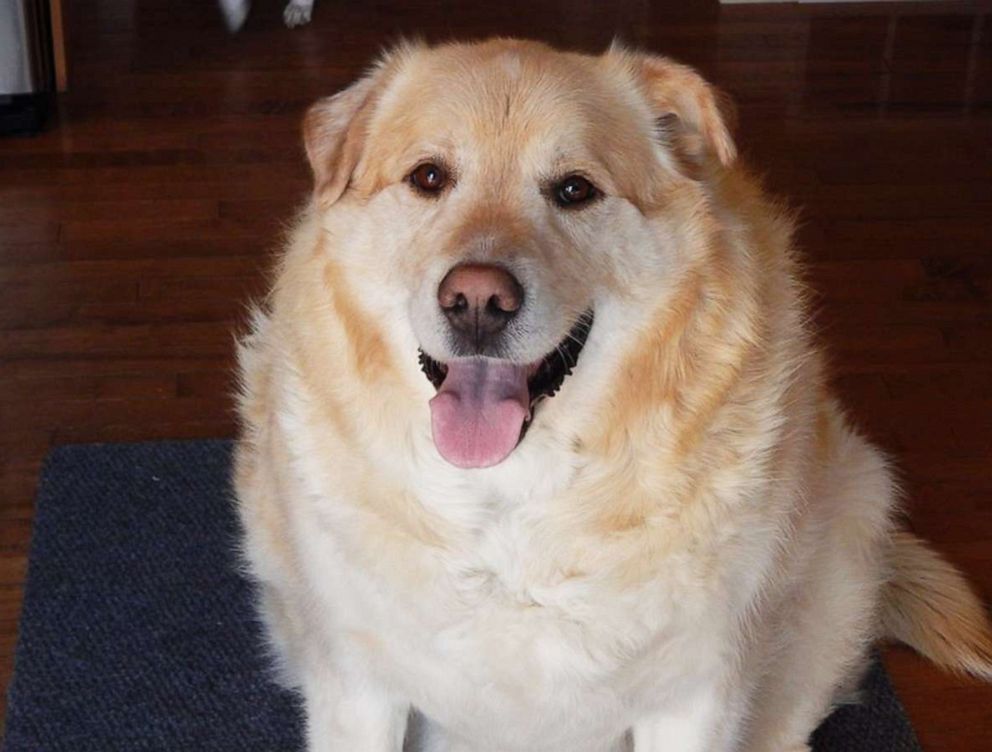 This Is Kai/Facebook
When Pam Heggie met Kai he weighed 173 pounds, and she helped him shed 100 pounds.
(MORE: The 'stars aligned' to help these hikers find a dog who was missing for 11 days)

She didn't even know where to start when she started fostering him, she said, but her vet reassured her.

When she first got home with Kai, it took him 20 minutes to climb the stairs and get through the front door. 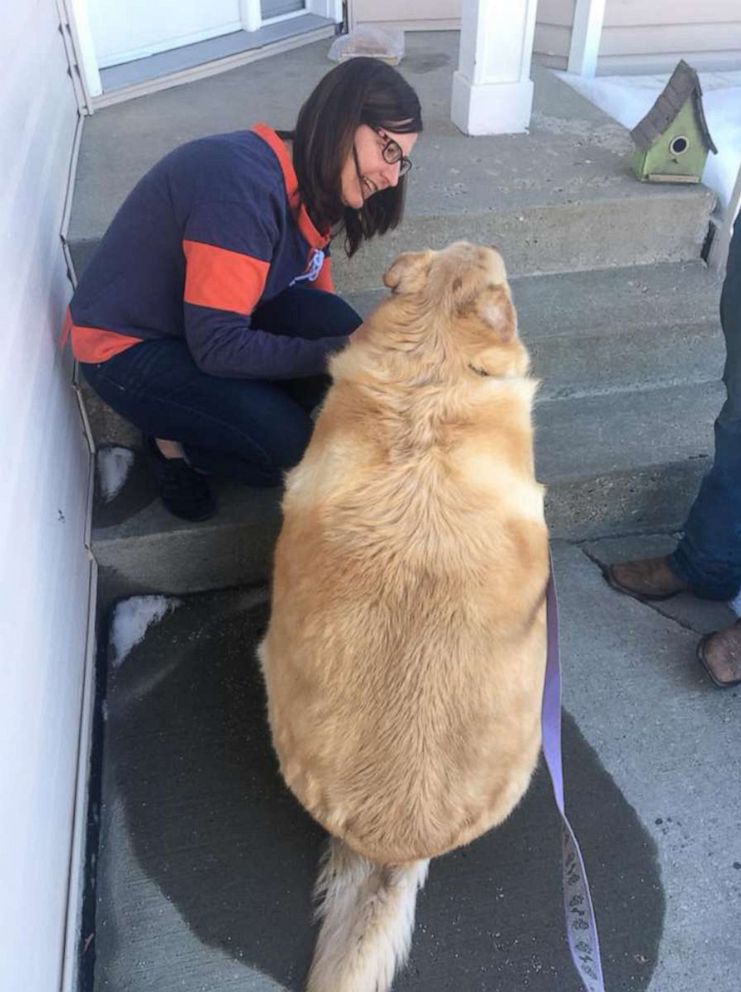 But she knew they could make progress.

She started taking him for walks three times a day -- before work, right when she got home and in the evening.

"Literally, he went five to 10 steps, and then he would lay down and start panting," Heggie told "GMA." But they kept at it and each day he pushed a little harder.

"We went to the closest neighbor's driveway and then the next neighbor over," she said.

Heggie also took Kai to water therapy, where he was able to strengthen his back legs and amp up his stamina. She also had him on a strict diet. 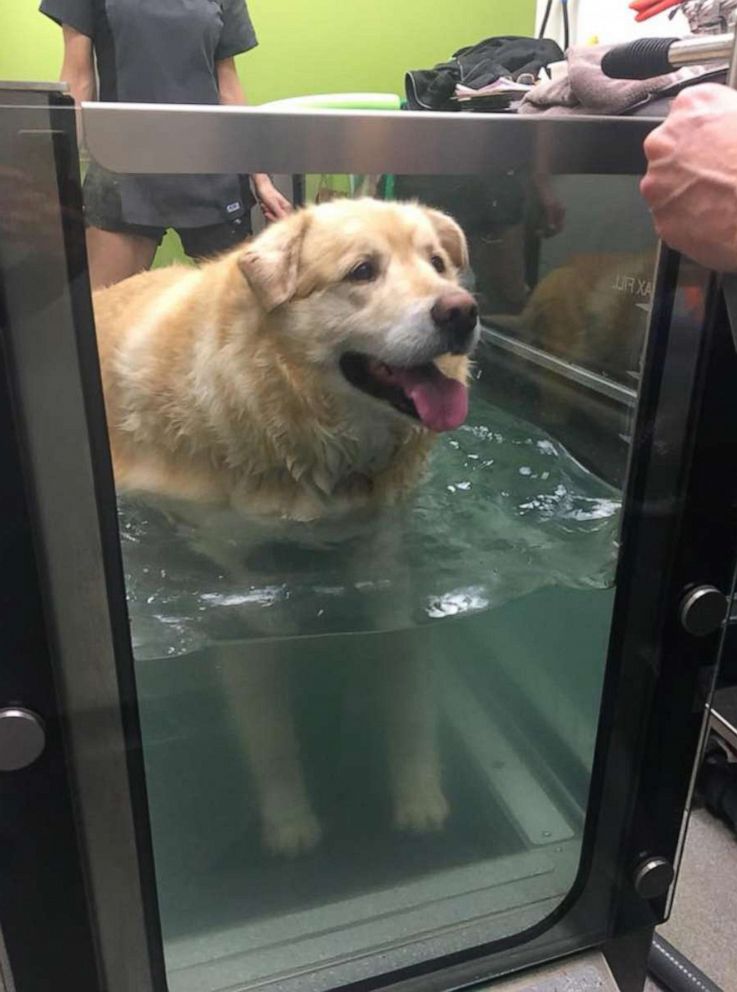 This Is Kai/Facebook
When Pam Heggie met Kai he weighed 173 pounds, and she helped him shed 100 pounds.

Even at his worst, Kai was a dog filled with joy and trusted Heggie.

"He learned that I was gonna help him and we were gonna be OK," she said.

Day by day Kai got stronger and was able to reach previously unattainable goals: walking to the end of the block, getting up on the bed, getting into the car on his own, climbing stairs, barreling to the front door and even running in the dog park.

"It's crazy," Heggie said. "It's like raising your child and you look at them and they're all grown up and you just wonder how that happened."

"I look at him and forget how broken he was," she said. "Now he's just a regular dog doing regular dog things like everybody else."

Now, Heggie can't imagine her life without Kai and moved to adopt him.

Nearly a year after she took him in, Kai had shed a full 100 pounds.

"He truly amazes me every day," Heggie said through tears.

She thinks we all can learn a lot from Kai's journey and determination. 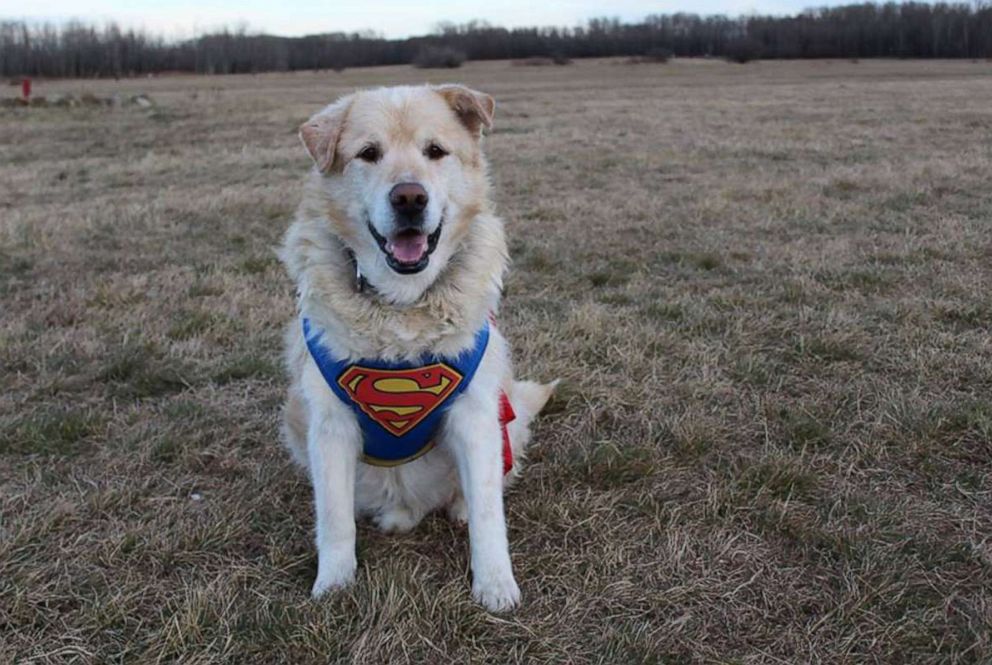 This Is Kai/Facebook
When Pam Heggie met Kai he weighed 173 pounds, and she helped him shed 100 pounds.
(MORE: Dogs who helped the students heal after Parkland shooting have their own yearbook page)

"Everybody has things they need to do — and he was just so happy ... every day he was like this is what we have to do and I'm going to do it. And every day he did it," she said.

Kai's story illuminates the strength in focusing on the moment.

Kai showed off his big weight loss reveal on “GMA” on August 2.

4:13
Kai, the golden retriever whose weight loss journey has inspired many online, makes his "GMA" debut.