A mail carrier in Cincinnati received the sweetest sendoff on his last day of work.

Brett Wittwer, 69, has worked as a mail carrier for the United States Postal Service for 35 years, serving parts of the Cincinnati area for about 33. On March 26, his last day of work before he retired, he found surprises waiting for him all along his route as people waited to give him gifts to commemorate his time with them.

"It was crazy," Wittwer told "Good Morning America." "It kind of brings a tear to your eye."

Wittwer was overwhelmed with emotion at seeing everyone. He acknowledged that while it did feel rewarding, it was also bittersweet.

"I probably won't see most of these people ever again," Wittwer said. "It's kind of a strange feeling. I felt happy, but I felt sad." 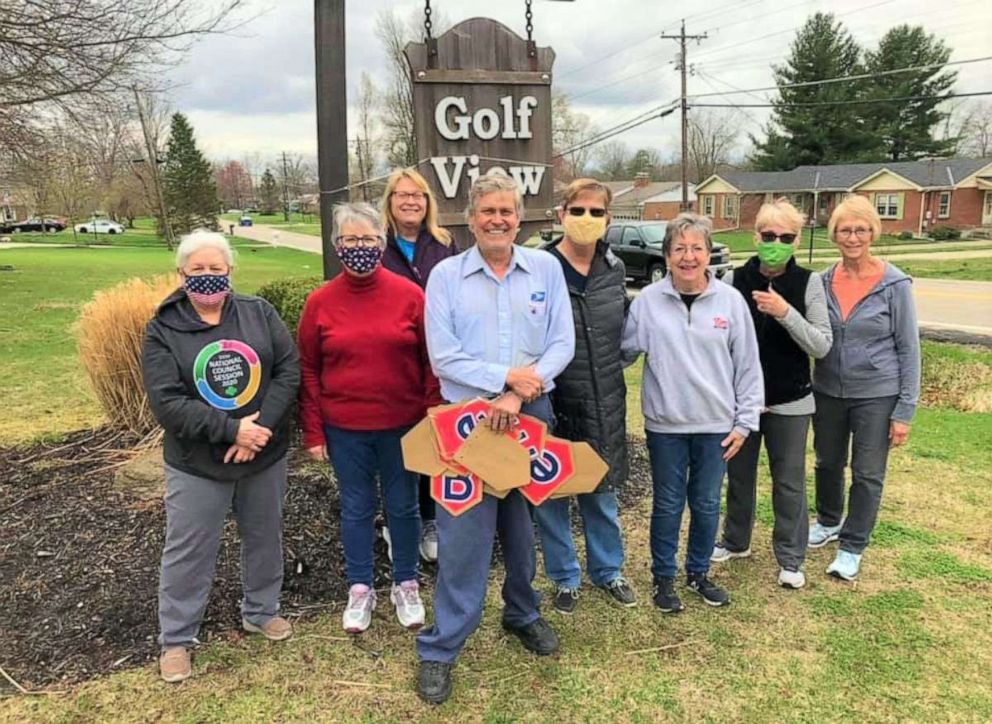 One resident, Glenna Weber Stricklett, told "GMA" that Wittwer is "always friendly" and would take great care when handling their packages.

"Like if it was a rainy day, and we had something that was kind of large, he would bring it to the door," she said, explaining the area's houses often had their mailboxes some distance away from the actual door.

Her neighborhood has its own Facebook page that some residents used to come together and plan out Wittwer's surprise. They decorated their mailboxes with balloons and gift bags that had all manner of treats inside.

Weber Stricklett even made a "Happy Retirement" banner that was hung outside where she and a few other residents waited for Wittwer as he finished his route.

"It just kind of came together," she said. "And it's a nice thing to do for people." 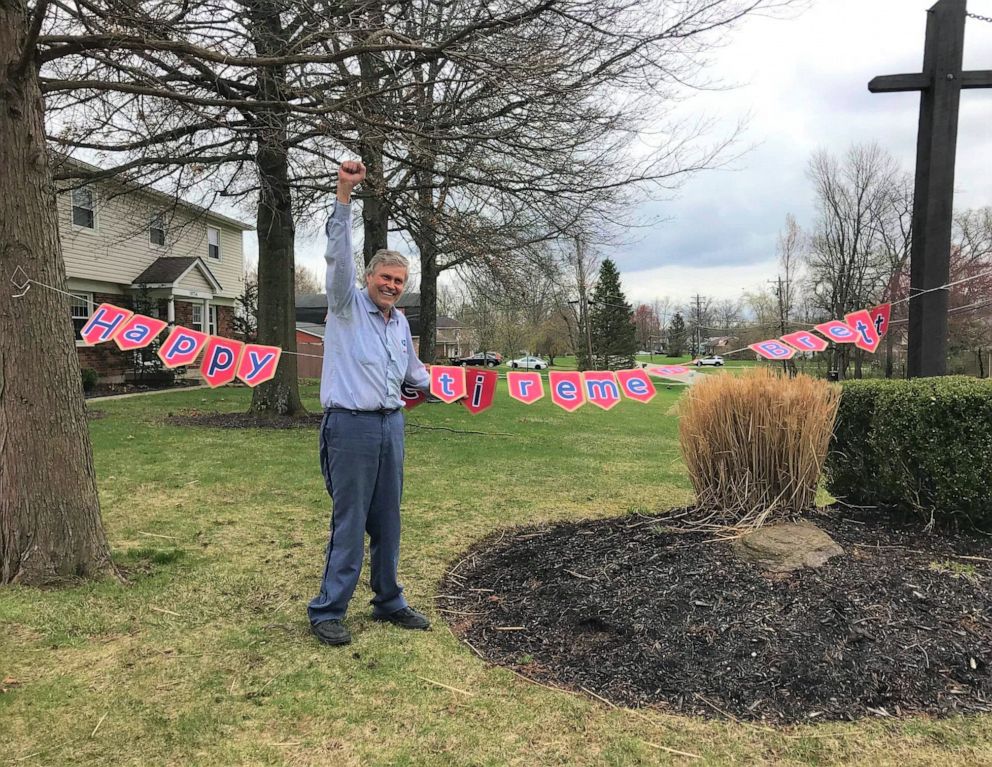 Courtesy Mary Lou Zins
Brett Wittwer, 69, a USPS mail carrier in Cincinnati, was surprised with gifts from residents on his route on his last day of work, March 26, 2021.
MORE: This 23-year-old Ohio mailman is delivering essential goods to his community amid coronavirus crisis

Wittwer's decision to retire didn't come lightly. In addition to health reasons, Wittwer wanted to spend time with his grandchildren. Many of their important events, like sports games, would take place on weekends when he worked.

As for what comes next, Wittwer said his plans are not really plans at all, and he wants to keep the time open for whatever comes up.

"It's nice to not have a schedule," he said.