Americans will soon be seeing the face of the late Maya Angelou on U.S. quarters.

On Monday, the United States Mint announced it has begun shipping quarters featuring Angelou, the first of five trailblazing American women to be featured on quarters in 2022.

The new quarter, available in local banks starting in late January, depicts Angelou, an award-winning author and civil rights activist, with her arms uplifted, in front of a bird in flight and a rising sun, images that are "inspired by [Angelou's] poetry and symbolic of the way she lived," according to the Mint.

Angelou is now the first Black woman to appear on a U.S. quarter. 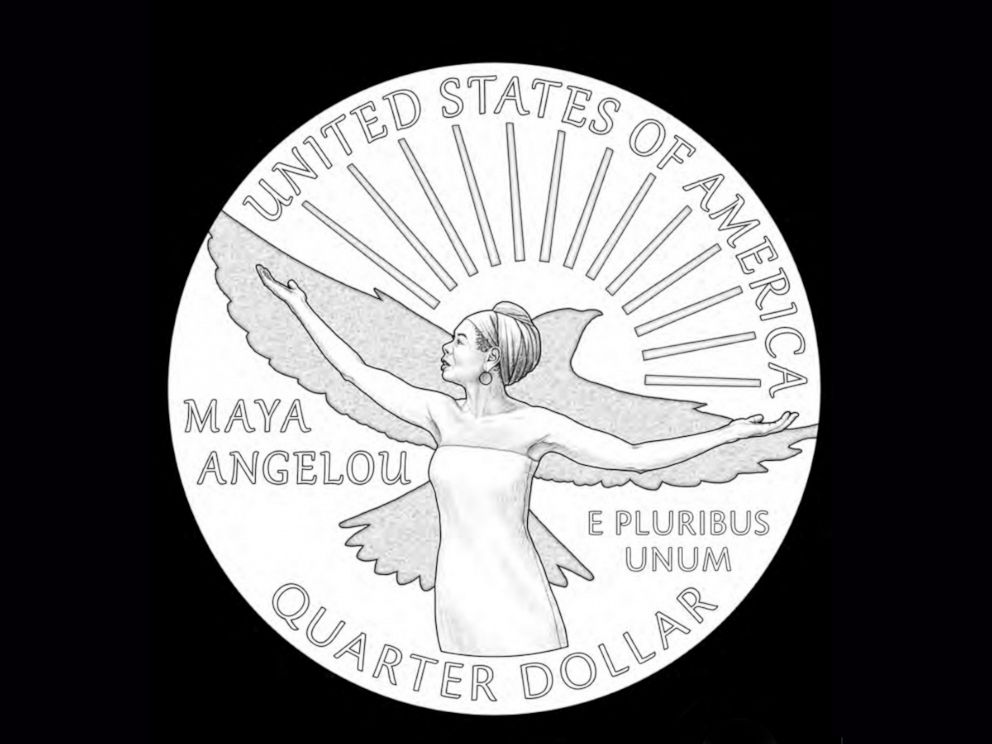 U.S. Mint
A sample of the new quarter coming out in 2022 that on the tail side will show images of poet Maya Angelou.

The heads side of the quarter featuring Angelou also marks a first, according to the Mint. It depicts a portrait of George Washington originally composed by Laura Gardin Fraser, described by the Mint as "one of the most prolific female sculptors of the early 20th century."

Gardin Fraser's portrait was a recommended design for the quarter in 1932, but was not chosen by the then-treasury secretary.

"Laura Gardin Fraser was the first woman to design a U.S. commemorative coin, and her work is lauded in both numismatic and artistic circles," Mint Deputy Director Ventris C. Gibson said in a statement. "Ninety years after she intended for it to do so, her obverse design will fittingly take its place on the quarter."

The designs are part of the American Women Quarters Program, a four year program featuring coins with reverse (tails) designs of women who have made their mark in American history.

For each year until 2025, the Mint will issue five quarters honoring individuals with a wide range of accomplishments and fields, including suffrage, civil rights, abolition, government, humanities, science, space and the arts. 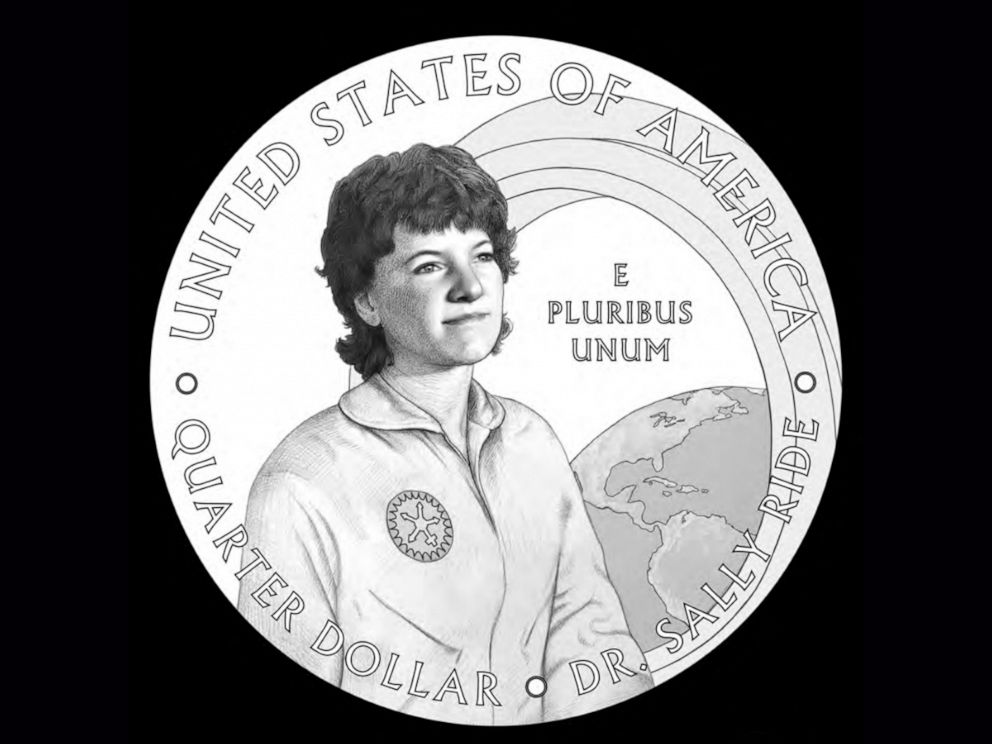 U.S. Mint
A sample of the new quarter coming out in 2022 that on the tail side will show images of astronaut Sally Ride.

In addition to Angelou, the women being featured this year include Anna May Wong, the first Chinese American film star in Hollywood; Dr. Sally Ride, the first American woman to soar into space; Wilma Mankiller, the first woman elected principal chief of the Cherokee Nation and an activist for Native American and women's rights; and Nina Otero-Warren, a leader in New Mexico's suffrage movement and the first female superintendent of Santa Fe public schools. 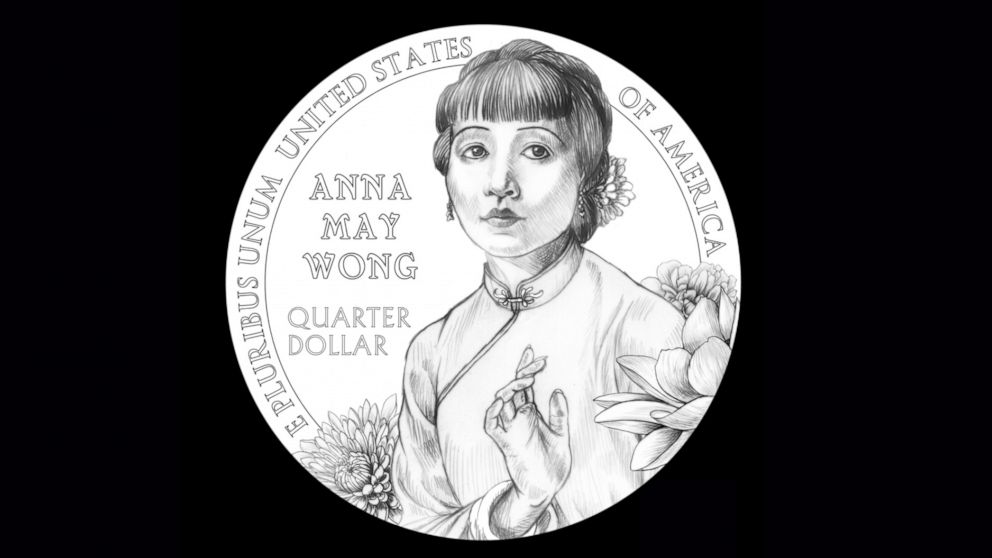 U.S. Mint
A sample of the new quarter coming out in 2022 that on the tail side will show images of Anna May Wong.

"Each 2022 quarter is designed to reflect the breadth and depth of accomplishments being celebrated throughout this historic coin program," Gibson said. "Maya Angelou, featured on the reverse of this first coin in the series, used words to inspire and uplift."

Angelou was the author of more than 30 bestselling titles, including her autobiography, "I Know Why the Caged Bird Sings. A teacher, poet and performer, in addition to her work as a writer and social activist, Angelou became the first African-American woman to write and present a poem at a Presidential inauguration when she read "On the Pulse of Morning" at then-President Bill Clinton's 1992 inauguration, according to the Mint. 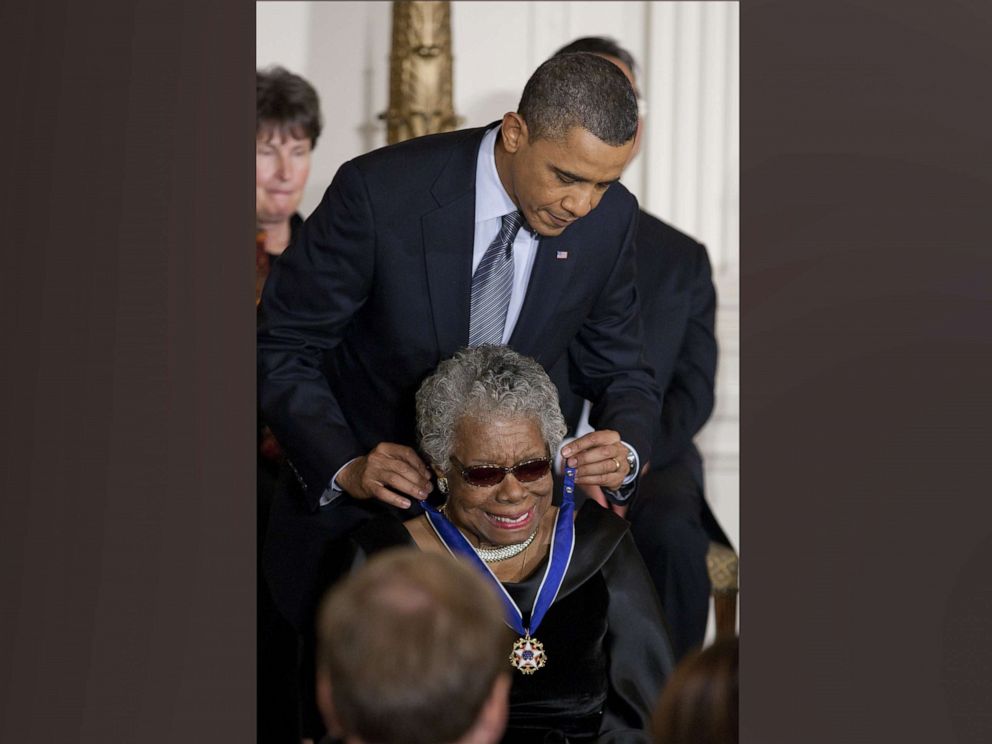 Brooks Kraft LLC/Corbis via Getty Images
President Barack Obama presents author and poet Maya Angelou with the 2010 Medal of Freedom during a ceremony in the East Room of the White House in Washington, Feb. 15, 2011.

In 2010, Angelou was awarded the Presidential Medal of Freedom by then-President Barack Obama.