By Kelly McCarthy
Video by Will Linendoll
Share —
Sign up for our newsletters to get GMA delivered to your inbox every morning!

A California medical student is raising awareness about the conditions farmworkers like her mother face – all with a single tweet about her summer job.

Gianna Nino was about to finish her summer job picking blueberries in Patterson, Washington, to return to Stanford for Medical School, when she posed a question on Twitter highlighting the disparity between what farmworkers are paid and what fruit costs that quickly went viral with over 230,000 likes and nearly 70,000 retweets.

“I’m about to finish up my time in the fields, and wanted everyone to know that we (farmworkers) are paid $7 for two gallons of blueberries,” she tweeted on July 29. “How much do you pay for your blueberries?”

I'm about to finish up my time in the fields, and wanted everyone to know that we (farmworkers) are paid $7 for two gallons of blueberries. How much do you pay for your blueberries? pic.twitter.com/Om5fAT7TbP

Nino, 24, a first-generation Mexican-American college student, told “Good Morning America” that she “didn’t expect so many people to be so blindsided by the disparity” since the fields have been her family’s reality for as long as she can remember.

"This has been a reality for my whole life. I've been working there since I was 14 and they've been paying us the same price for the buckets," Nino said. "I was hoping that I could raise some awareness about that." 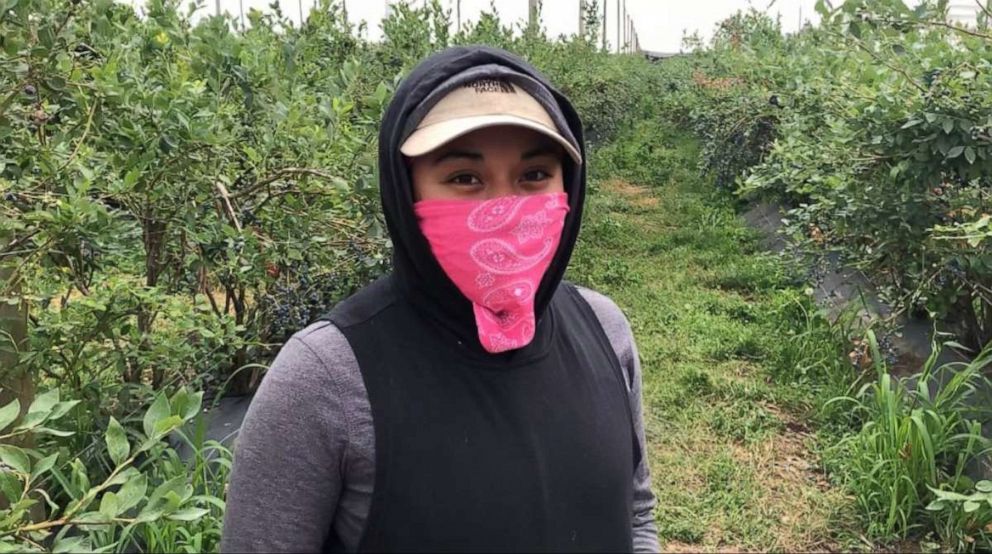 Gianna Nino
Gianna Nino on a blueberry farm in Washington where she worked over the summer.
MORE: Essential farmworkers risk COVID-19 exposure to maintain food supply

After earning her masters in epidemiology at Stanford last spring, Nino told "GMA" she was unable to find a summer job in her field of study, so she tapped into her family's roots instead. She went home to Washington and got a job as a farmworker like her mother, Susana Tapia, who Nino said has worked as "a migrant seasonal farmworker across Eastern Washington and Eastern Oregon at many different ranches." 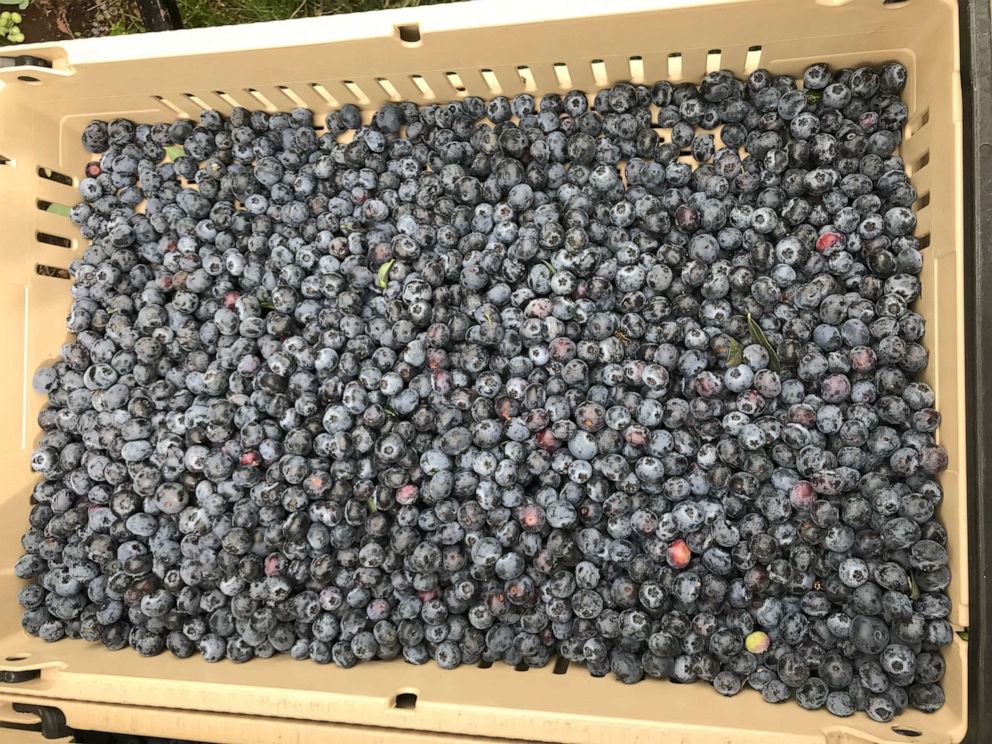 Gianna Nino
A palette of blueberries picked by hand on a farm in Washington.

"My family has worked in the fields for 20 years. Farming is something that runs in our family back home in Oaxaca. My grandpa grew his own corn and grew his own food. Families tend to be a little more self-sufficient," she explained. "I felt super attached to farming as something that my family does." 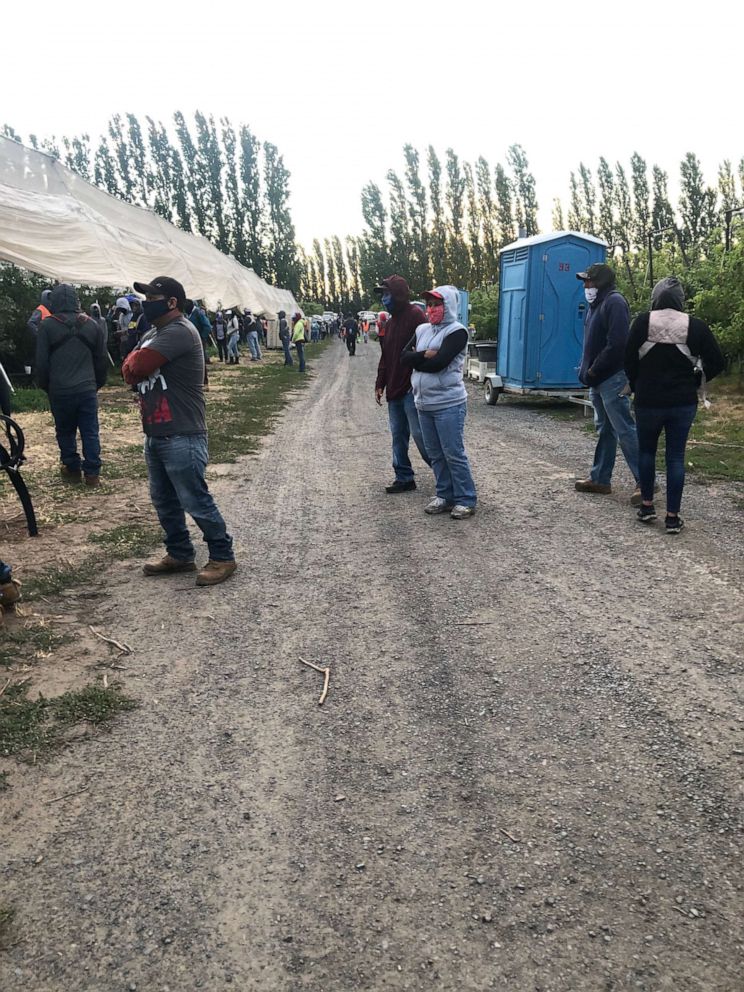 Nino said talking about her experience gave her an opportunity to humanize the people "behind the food we eat."

MORE: Farmworkers key to keeping US fed are wary of virus spread

"We have to consider farmworkers as this population that has hopes and dreams and families and goals, and every day that we wake up and we eat our fruit and veggies we don't really think about that," she explained. "I think taking a moment to thank a farmworker -- even if it's on your own personal time -- it really makes the world of a difference when you're out there in 100-degree heat and you think it's an invisible population and no one thinks about you." 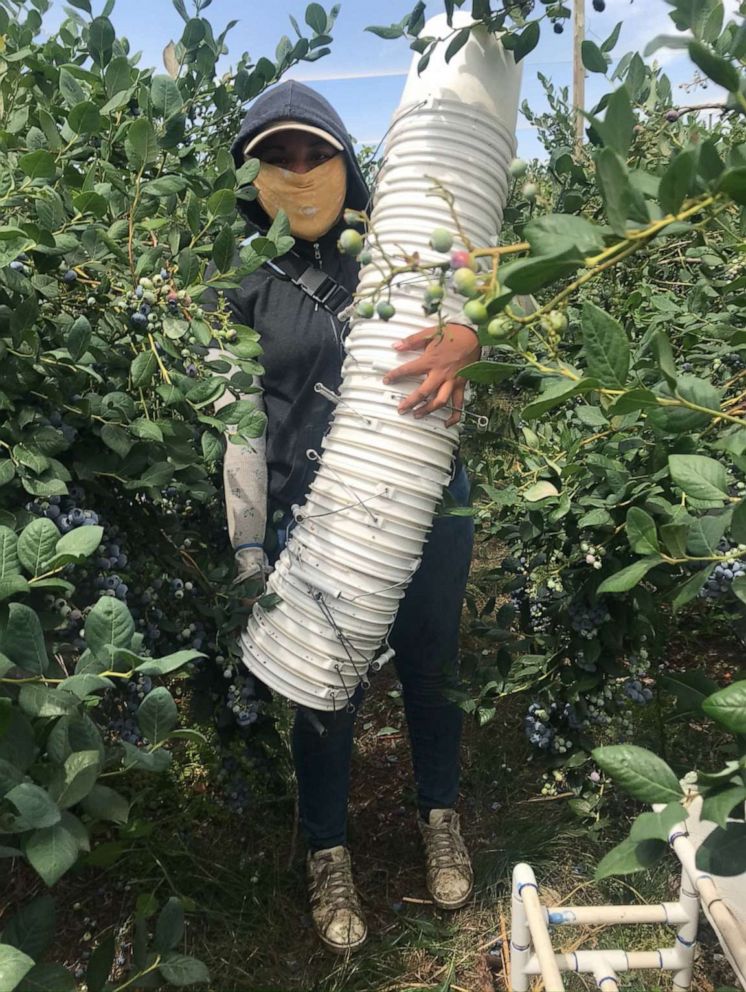 Gianna Nino
Gianna Nino on a blueberry farm in Washington where she worked over the summer.
Editor's Picks

While much of the feedback she's received has been positive, Nino said that "some of the pushback that I've gotten from the tweet is that I'm not taking into consideration how every step of production cuts into the profits."

"It's not necessarily disclosed what the profit margin for blueberries is, because it is a pretty stark difference for us as workers to see how much they're selling it at the grocery store and to think that us as workers who pick those berries couldn't even afford them." 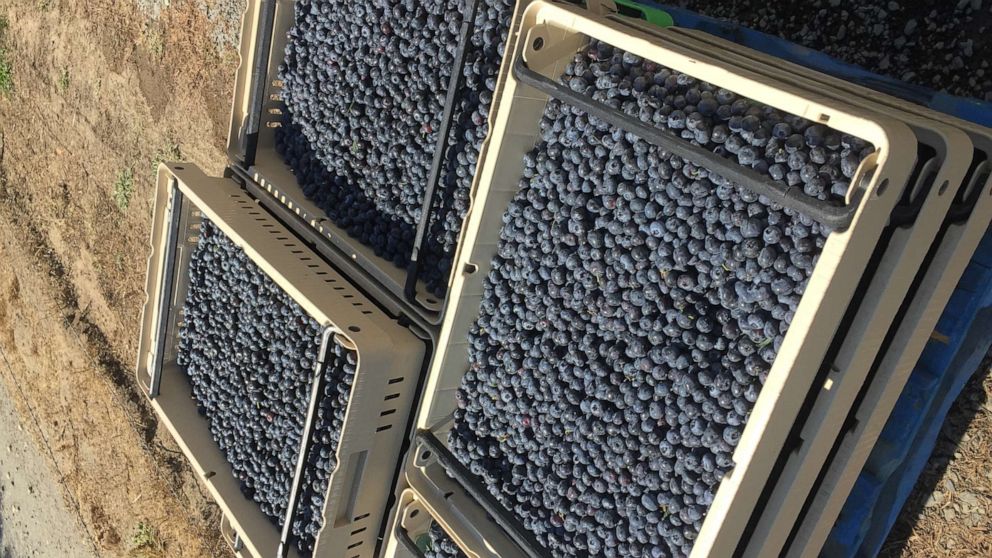 Gianna Nino
Pallets of blueberries harvested from a farm in Washington.

Her hope is for more farmers to work on "underscoring the humanity behind your workers."

"Something that I struggled with seeing in years past was that our conditions were not kept up to standards," she said. Nino explained that simple measures like moving bathrooms and hand washing stations closer to them as they work, as well as providing areas with shade, would be a good way for owners to "make an effort to keep adequate working conditions for your workers."

Nino, who is the eldest of four children, first joined her mom picking crops as a teen to help with their family's expenses and put her own paycheck towards "buying school supplies for my siblings." 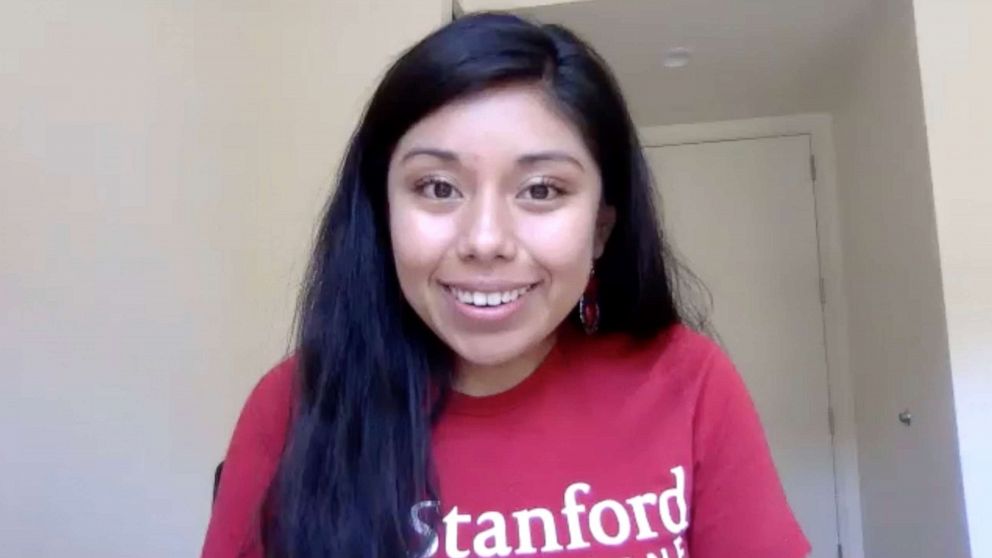 "My family kind of struggled with money growing up," she said. "As seasonal migrant farmworkers we work from late May to early September and that's it. So we have to make our summer earnings last all year. I wanted to contribute to that and help our family survive, and that's when it all started."

Despite current challenges for students amid the coronavirus pandemic, Nino has decided to continue her education at the prestigious Bay Area university.

"Once school starts, I'm really hoping to invest my all into medical school," she said. "I'm a little nervous about what it'll look like, but I want to continue being an advocate for my community to the greatest extent that I can."