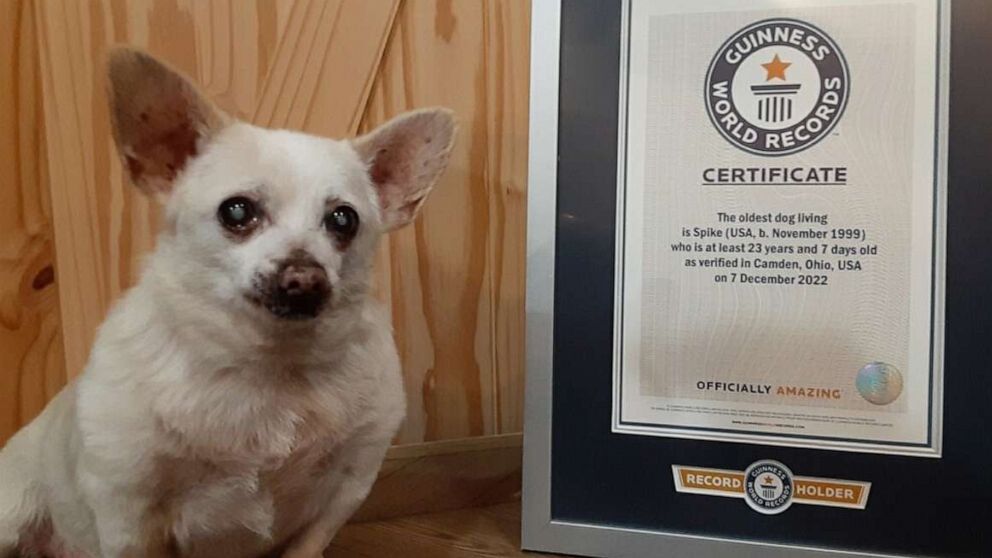 The small dog lives with his owner, Rita Kimball, and her family on a farm in Camden, Ohio. Kimball told Guinness World Records she first took Spike in nearly 14 years ago when she found him abandoned in a grocery store parking lot. 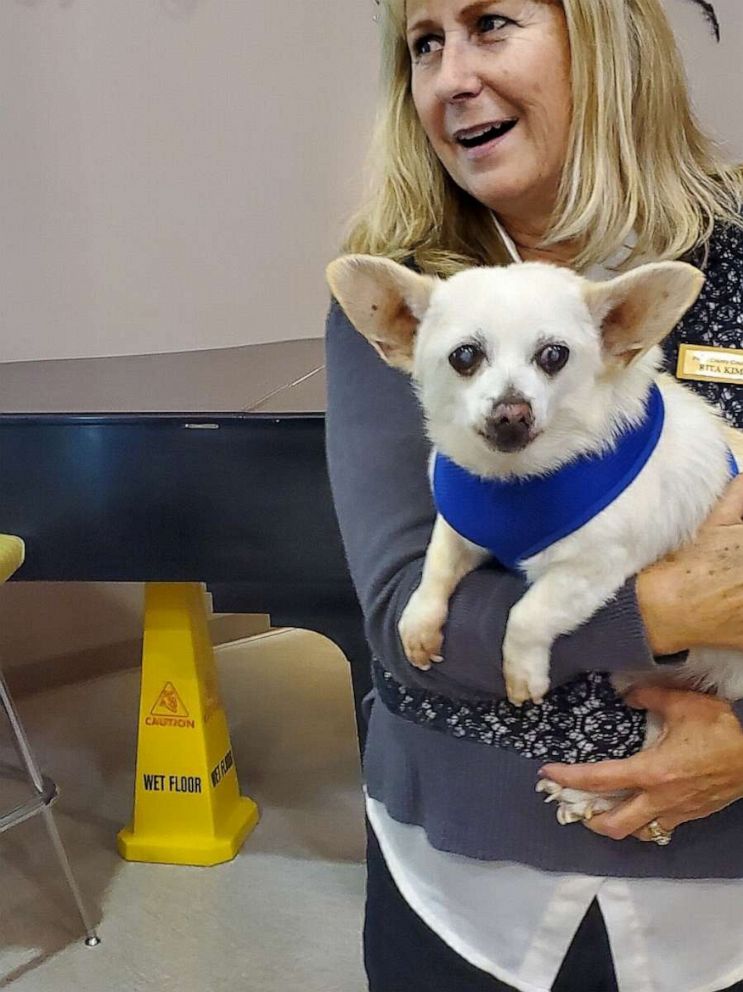 Guinness World Records
Rita Kimball said she found Spike abandoned at a grocery store parking lot back in August 2009 and took him in.
Editor's Picks

"Spike jumped right in and sat on the seat, as if he knew where we were going," Kimball said of her first encounter in August 2009.

"It was meant to be," she continued.

Despite his advanced age these days, Spike reportedly leads an active life, visiting the other animals on his family's farm daily, including barn cats, cows and horses. He also loves to ride tractors and supervise when Kimball chops wood.

At 23, Spike doesn't hear or see as well as he used to but neither have affected his outsized personality, according to Kimball, who said her beloved dog has "never met a stranger" and is best friends with everyone he meets. 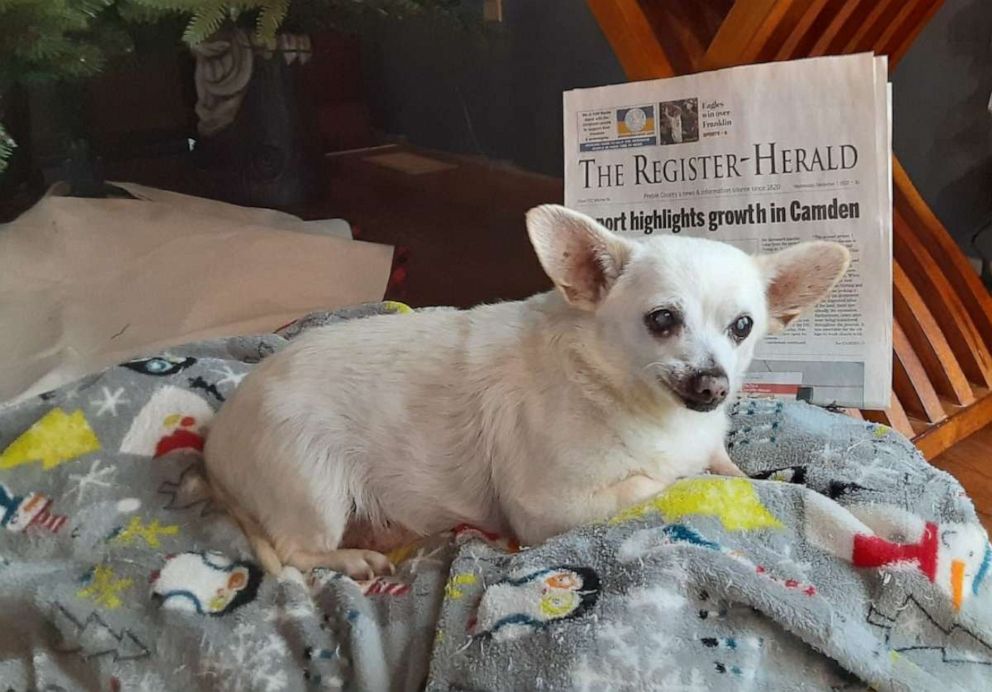 Guinness World Records
Spike lives on a farm and loves to visit other animals, including barn cats, cows and horses.

Spike's record age was a surprise to his family but they're looking forward to celebrating their furry relative.

"Most of our family knew that Spike was old, but [they] didn't know he had a shot at being oldest in the world," Kimball said. "Now that he is a [Guinness World Records title] holder, they look at him like a celebrity. They can't believe he lived this long." 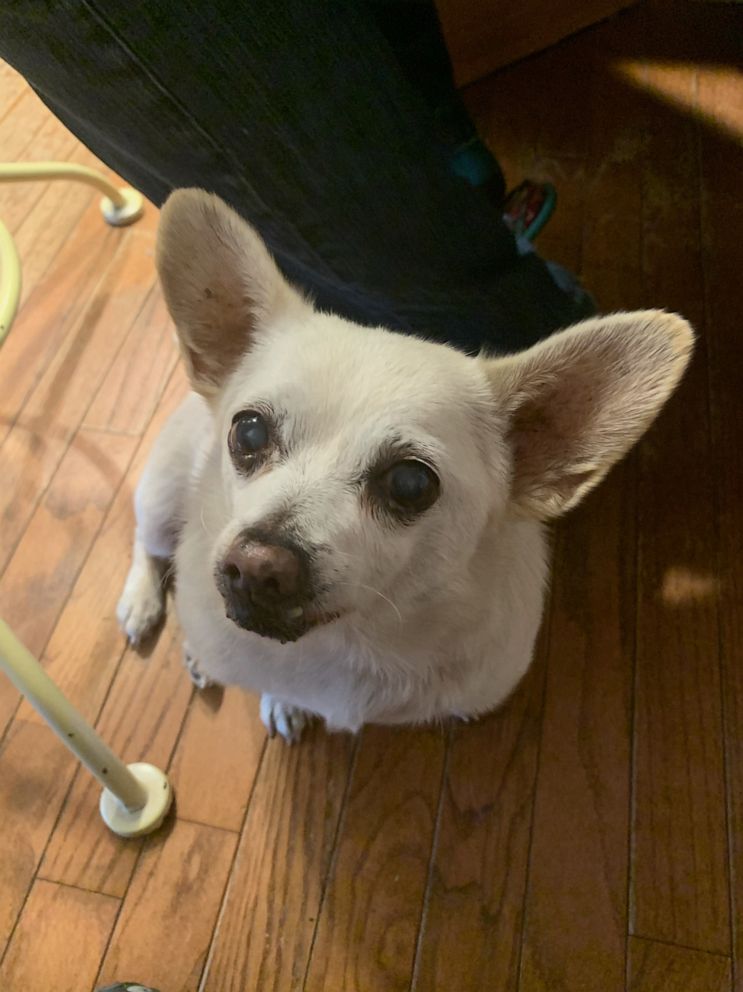 "I believe he is still here because, after having such a terrible life at first, he makes the best of every day and now sees his rewards in his later years," Kimball added.

Before Spike took the title of oldest living dog, he was preceded by Gino Wolf, a chihuahua mix, who was 22 years and 52 days old when he assumed the record.