A 19-year-old dog is living out her best life with two best friends in Dallas, Texas.

Annie the black Labrador retriever mix is currently living with Lauren Siler and Lisa Flores, who also happen to be roommates. 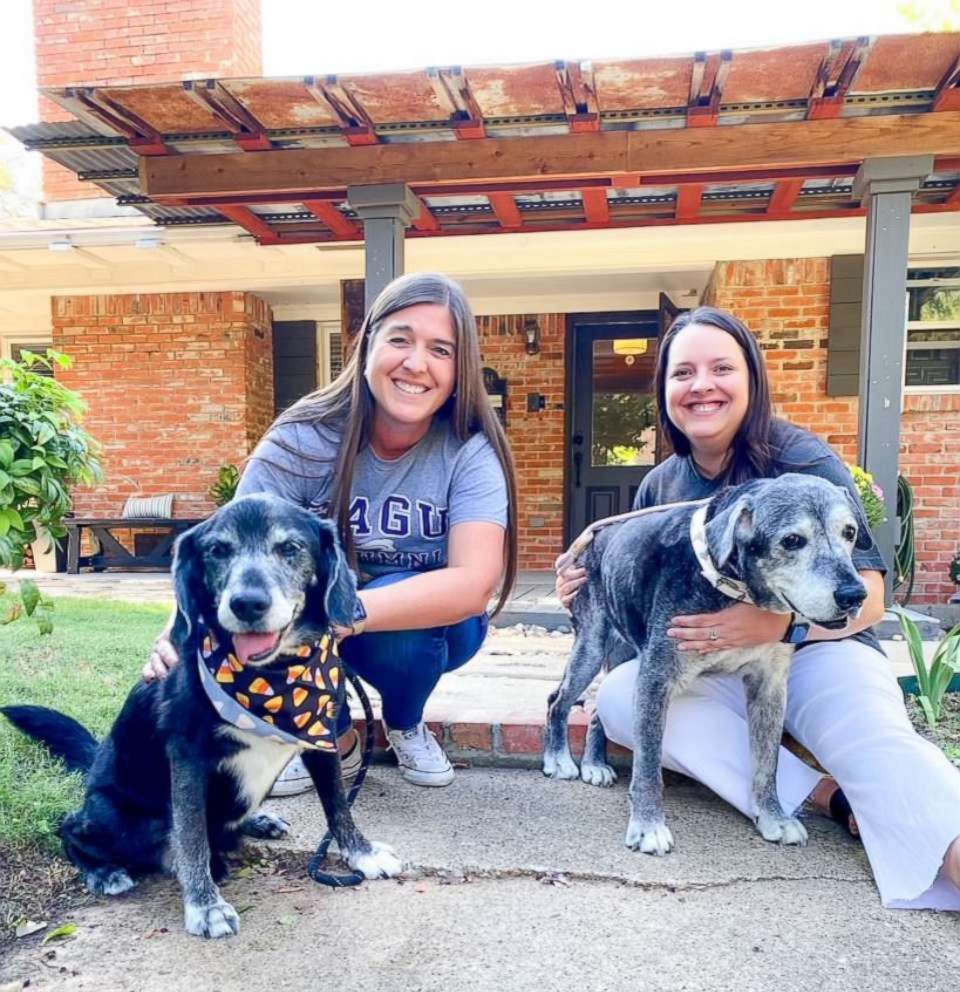 Lauren Siler
Best friends Lisa Flores and Lauren Siler, who are also roommates, decided to foster Annie, a 19-year-old dog, this past summer.

Siler and Flores are fostering Annie, as well as an 18-year-old dog named Tippy. The two foster dogs also live with Flores' own dog Jax and Siler's two cats, Jenny and Moira. 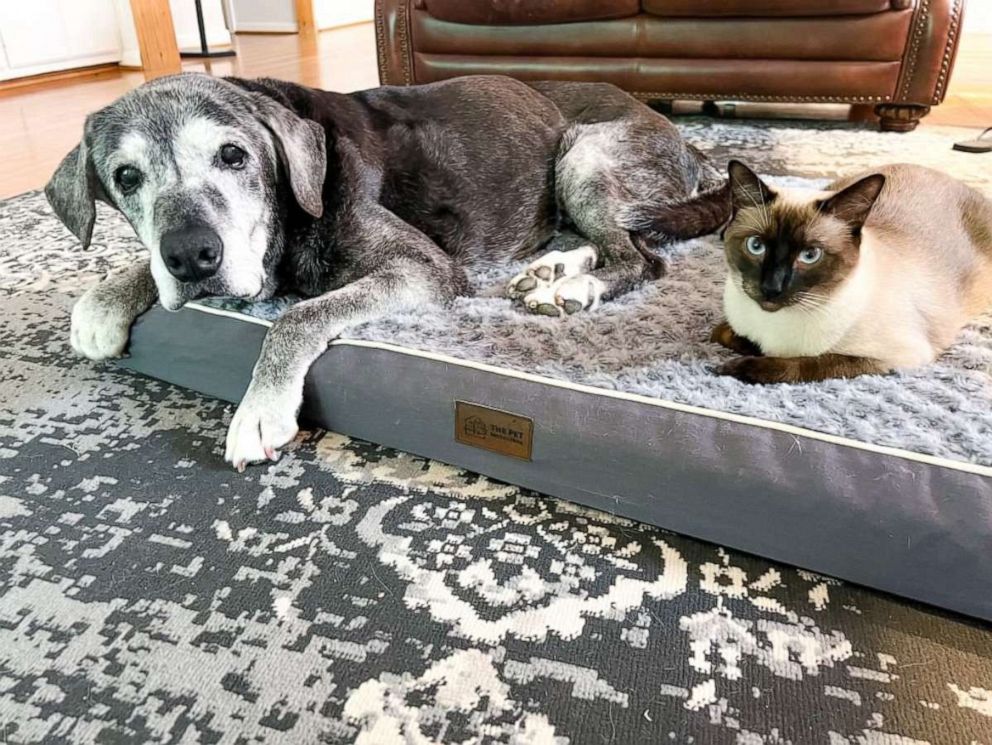 What made Siler and Flores bring Annie into their already lively home?

"I was actually in Anchorage, Alaska, getting ready to board a flight back to [Dallas] and I saw her picture posted, that somebody posted that she was at the shelter, and they were asking for rescue support," Siler recalled, speaking to "Good Morning America." "When I landed back in Dallas, I showed Lisa Annie's picture and she was like, 'We have to get her.'"

"When Lauren showed me the picture, I obviously fell in love with Annie's face, and just was also saddened by the thought of her being in the shelter at that age," Flores said. "I was excited to have an opportunity to also kind of work alongside her and help foster Annie. It just was an experience that we were ready to take on."

Since late June, Annie has been spoiled silly and become the new star of Siler's @dallasanimalfoster Instagram page. Siler and Flores also created a special bucket list for Annie, giving the senior dog all the memorable experiences they can fit into the upcoming months.

From her epic bucket list so far, Annie has celebrated Christmas in July, been showered with Valentine's Day cards, taken on a hamburger tour, posed for a professional photo shoot, and more. 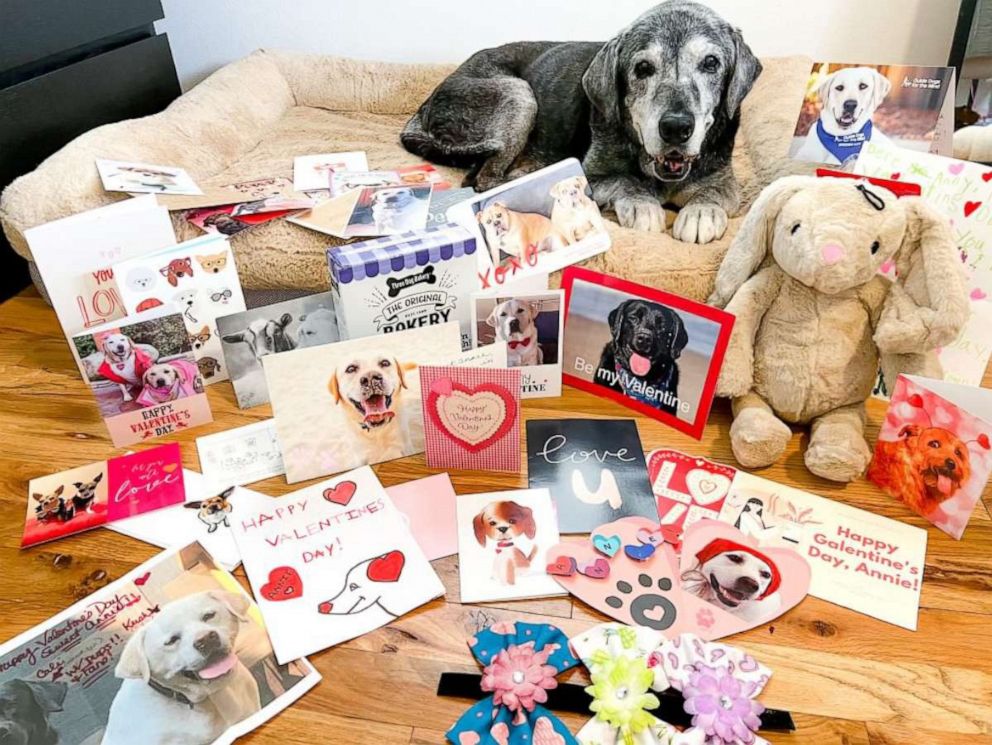 Lauren Siler
Annie's online fans sent her Valentine's Day cards, part of a bucket list that Siler and Flores created to give the senior dog some memorable, special experiences.

"We're gonna get them cute little chef outfits and let them make some homemade dog treats," Siler said. "And then I think that we're gonna try to do a chicken nugget tour, similar to the hamburger tour." 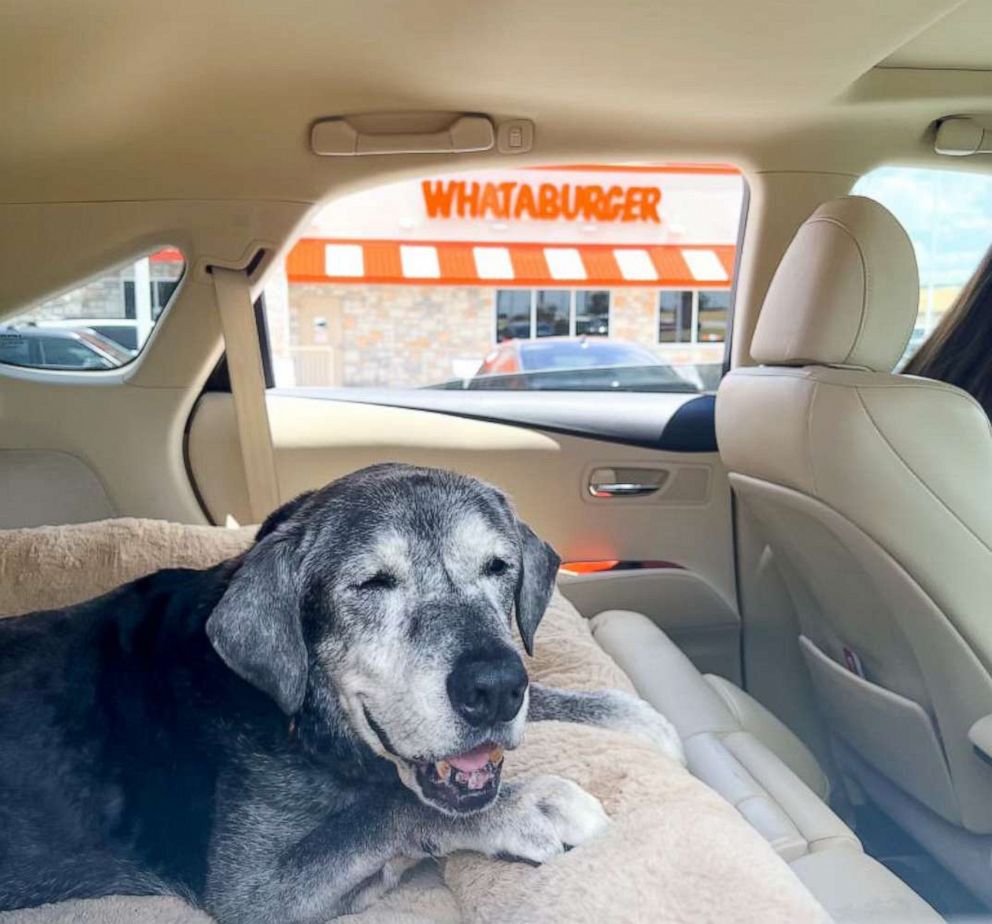 Lauren Siler
One of Annie's bucket list items was a hamburger tour. Here, Annie is pictured outside a Whataburger location on just one of her tour stops.

Siler and Flores hope that by sharing Annie's story, they can inspire others to help other animals, especially senior animals in need. 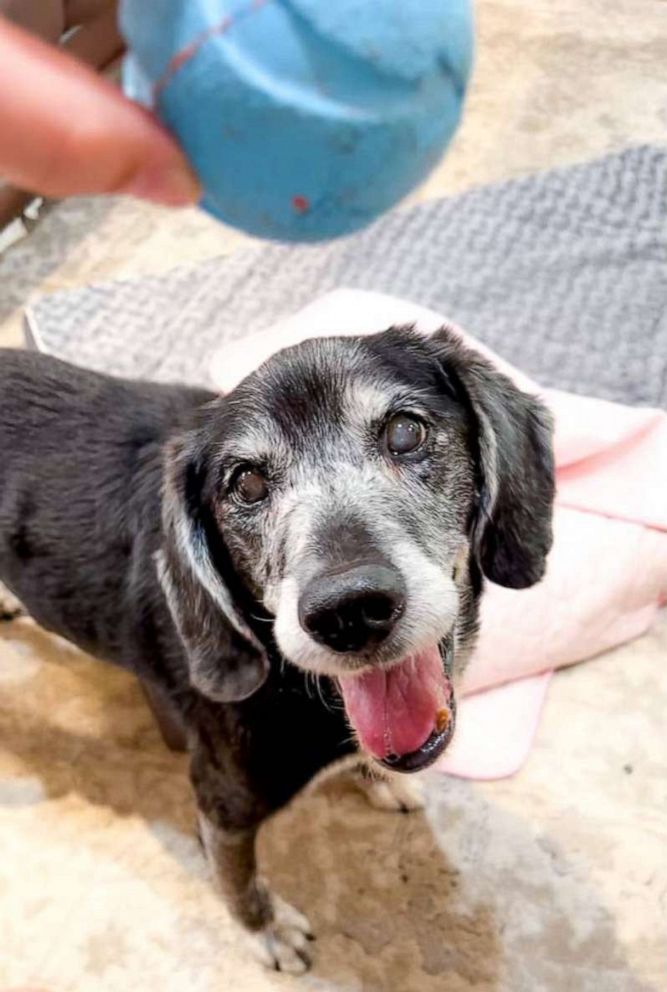 "We hope it inspires others to foster or adopt," Siler said. "My saying through this whole process has been if you can't adopt, then foster, if you can't foster, then donate, if you can't donate, then volunteer because there are so many ways that you can get involved with animal rescue and it doesn't have to mean taking an animal into your home forever."

"I think that we owe it to these animals," Siler added. "They have lived their [lives] giving people joy and happiness and companionship, and we owe it to them to finish it out strong."

Siler and Flores are fostering Annie with the financial support of The Pawerful Rescue of Royse City, Texas, a nonprofit founded by Stephanie Rowe and Duke Hemstreet. The Pawerful Rescue took on Annie and her case after she had been surrendered to Dallas Animal Services, a municipal animal shelter.

MORE: Dog adopted after being called 'gay,' abandoned at shelter

"A lot of people don't know the difference between shelters and rescues," Rowe told "GMA." "Rescues typically tend to be nonprofit. We work off of donations and we either help the community or we pull dogs from the shelter."

Rescues like The Pawerful Rescue offer care for dogs that may otherwise have to be euthanized at shelters that no long have space for them and can't get them adopted out.

"There are a lot of Annies out there. Fostering doesn't cost the foster a dime. A good rescue will provide all the supplies you need, will take care of all medical expenses," Rowe continued. "A lot of senior dogs are on medication or need bloodwork regularly and people don't want to take on that responsibility financially. So … a responsible rescue will take care of all the financial aspects of that dog." 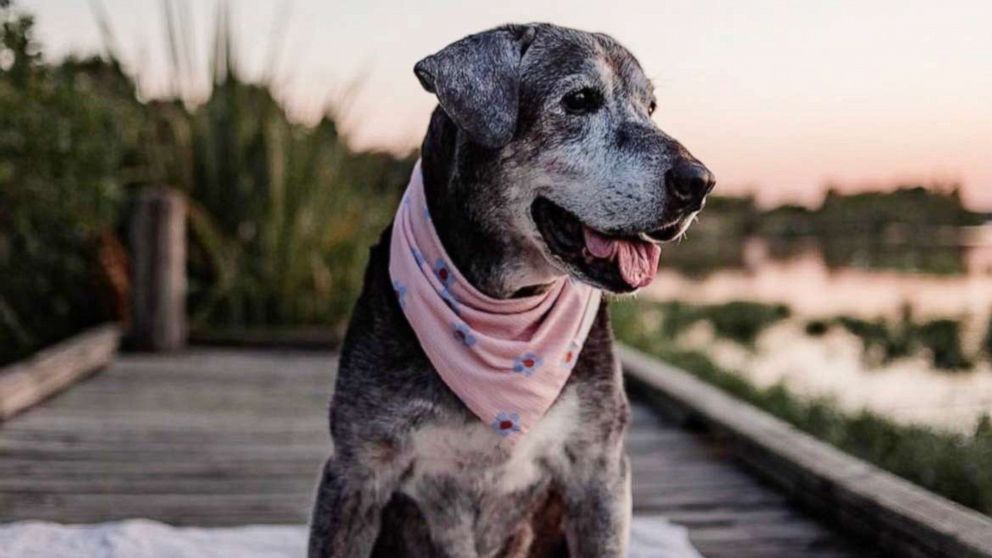 Vivian Powers
Annie, a 19-year-old Black Lab mix, is &quot;easygoing and laid-back,&quot; according to one of her foster moms, Lisa Flores.