A United Airlines pilot has adopted a dog that had been left at San Francisco International Airport by a traveler this fall, according to the San Francisco Society for the Prevention of Cruelty to Animals.

United Airlines Capt. William Dale and his family welcomed Polaris the dog into their home this month. To celebrate, the airline teamed up with the San Francisco SPCA to throw an adoption party for the pup, whose name means the North Star and is also the name of the airline's business class offering. 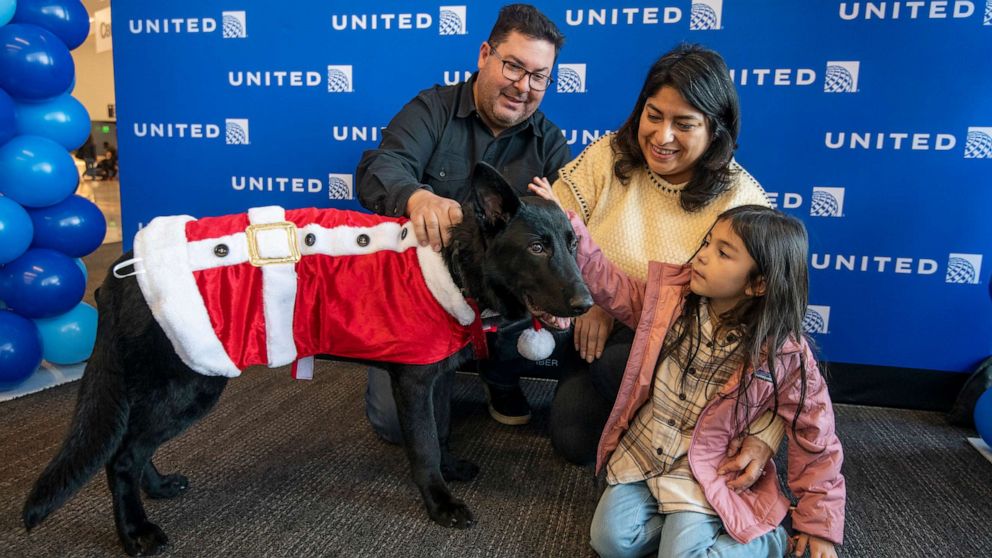 "From the moment Polaris landed in our care, our entire SFO United team cared for him 24/7 until we were able to get permission to keep him safely in the U.S.," Vincent Passafiume, a director of customer service for United Airlines, said in a statement. "It's a great feeling to see this story come full circle and that Polaris will have a loving home with United Airlines Captain Dale and his family -- just in time for the holidays." 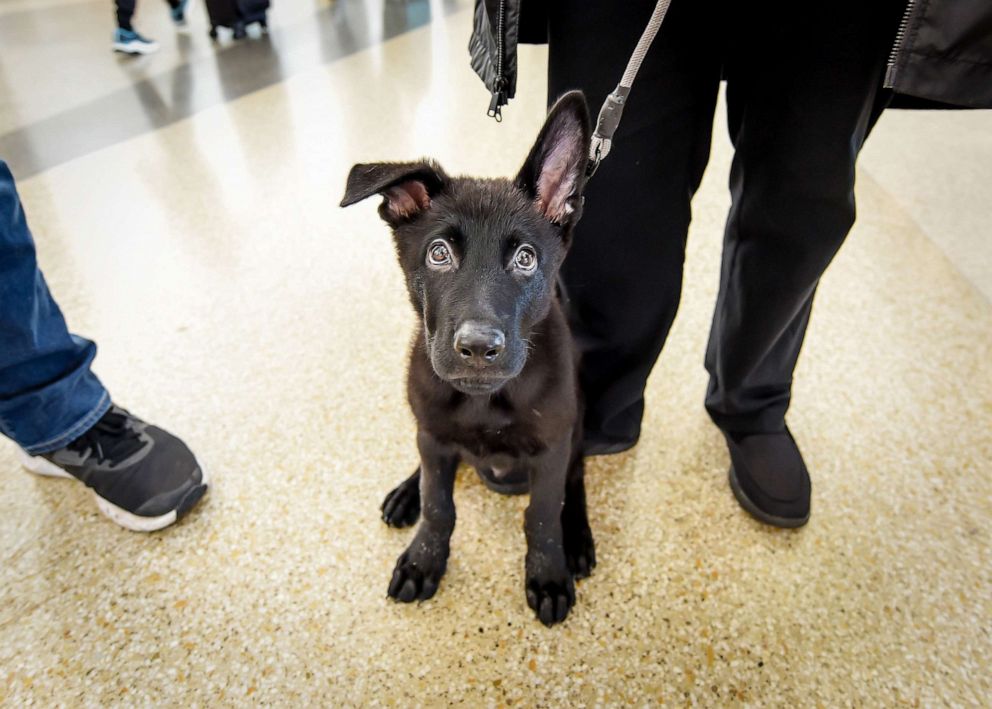 For the celebration, Polaris was dressed in a red Santa coat as he posed confidently for photos while he was showered with pets.

In addition to seeing Polaris off to his new home, United Airlines announced the company was making a $5,000 donation to the San Francisco SPCA to support its mission of advocating and caring for homeless, injured or sick animals.

In a statement, Lisa Feder, the chief of rescue and welfare at the San Francisco SPCA, expressed gratitude for the donation, saying, "We were honored that United called the SF SPCA to facilitate this adoption because of our knowledge and expertise in adoptions, as well as nearly 155 years of offering care and protection to pets."