The Dream Detroit Skating Academy co-founders both started skating when they were young girls and always found themselves returning to the rink. They met when they were both skating for the same club outside Detroit and reunited last year as adults.

"We were just talking about skating in old times," Tamakloe recalled to "Good Morning America." "And she's like, 'What do you think about starting a skating program, a skating club?' I'm like, 'Yeah, I've always wanted to do that. I never knew how I was going to do it, how I was going to go about doing it.' She's like, 'Well, let's do it. Let's figure it out.'"

That's how Tamakloe and Blocker-Loyd came to launch Dream Detroit in January and now, it holds the honor of being the first Black women-owned skating club in Michigan. Alongside the dynamic duo is also a seven-member team of African American women coaches. 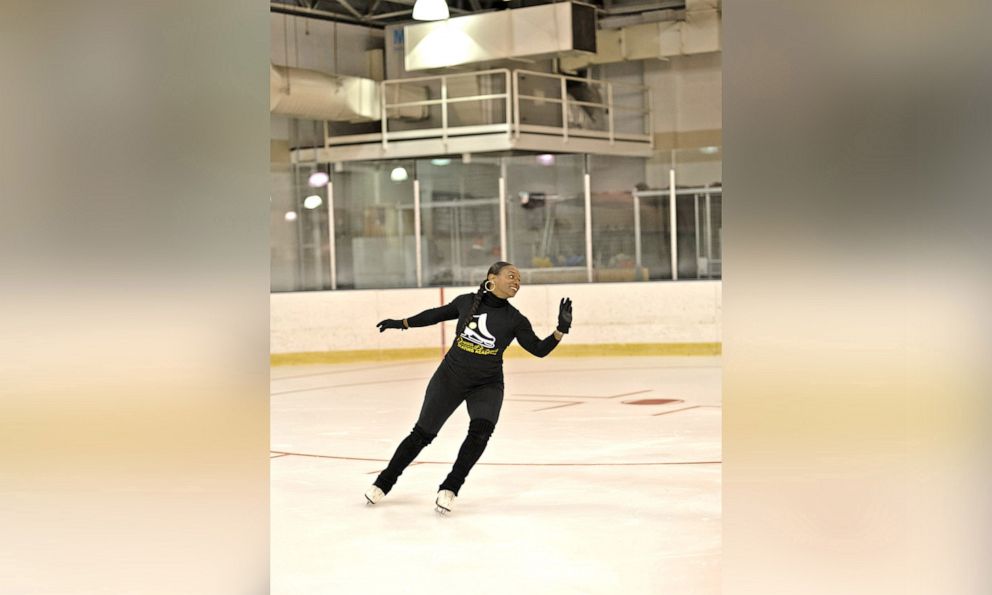 "That's something you don't see in the figure skating world," Blocker-Loyd told "GMA."

Tamakloe and Blocker-Loyd have big dreams for their skating club, which accepts students as young as 4.

"My dream is to expose youth of color in the city that wouldn't normally have that opportunity with the chance to skate," Tamakloe said. "Angela and I were both blessed enough to have parents that could afford for us to skate ... and so we just want to give that opportunity back to youth that may not have the income to do that."

Blocker-Loyd, who also comes from a professional dance background, is full of creative ideas.

"We want to produce our own ice shows," she said. "We want to do a Dream Girls take on Detroit or like Motown on ice. We have so many different themes that we want to do, so we're really excited about that." 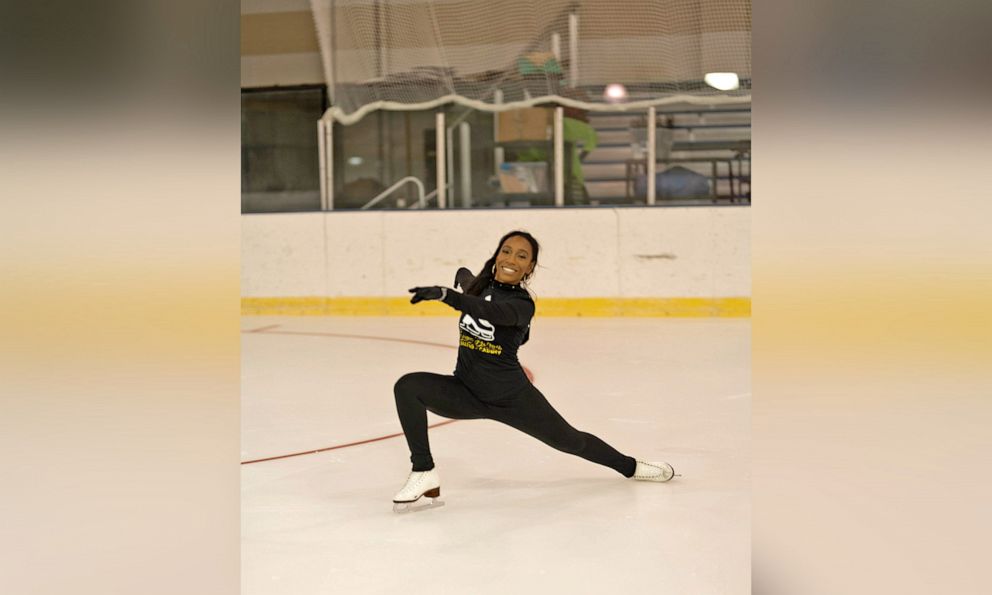 Even though Dream Detroit offers kids' sessions, adults are welcome as well, whether they're complete beginners or stepping back onto the ice after a long hiatus. One of the main goals of the academy is also to introduce skaters to opportunities outside the Olympics.

"Skating isn't always about the Olympics," Tamakloe said. "There's coaching, there are professional shows. I think everyone sees the Olympics on television and the competitions and they think that's the end game for skating, when it's not."

Tamakloe and Blocker-Loyd, who are both Detroit natives, say they hope to train the next hometown hero.

"There are a lot of great skaters that have come from Michigan, but there has never been a skater that has come from Detroit," Blocker-Loyd said. "We want to bring in those kids and teach them and then we want to mold them and hopefully have a skater come out of Detroit, a professional skater that everyone knows and they can say, 'I came from a rink right in the city.'" 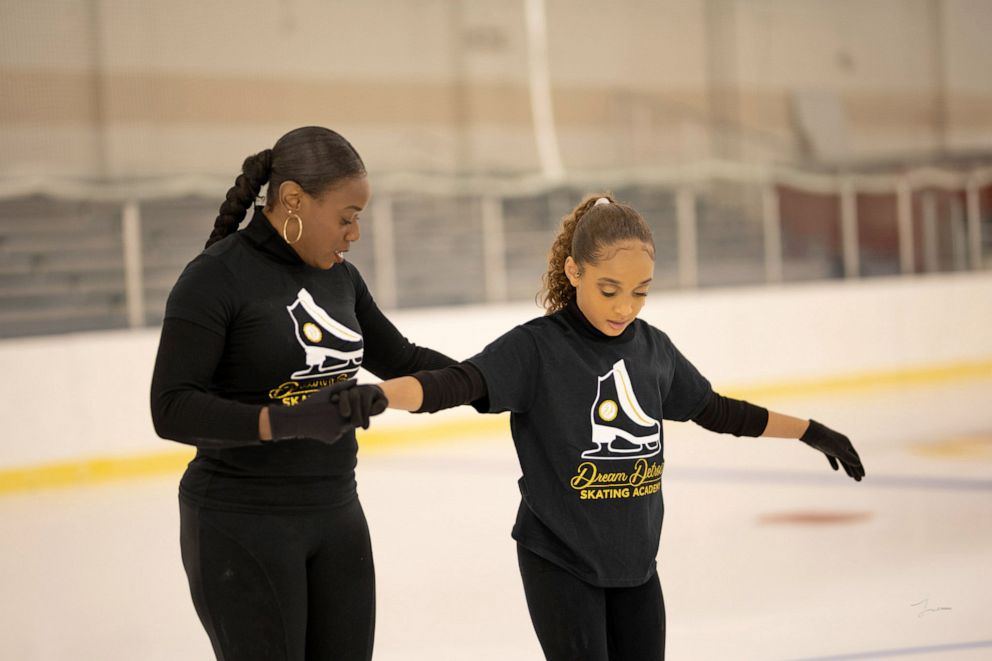 "It was always fun for me. I never felt like I was the only one, even though I knew I was," Tamakloe said of being a young Black skater who skated both competitively and professionally. "But I never felt that. I always felt embraced by everyone whenever I walked in the room. ... I know that other skaters of color don't always have that experience. And we just want to bring that to Dream Detroit, where skaters have that experience of skating with people that look like them and coming up with them and having the friendly competition but also the camaraderie and the sportsmanship."

"These kids should be able to come, be comfortable, and not have ugly looks and remarks said to them," Blocker-Loyd added, noting that she didn't experience racial issues in skating until she started coaching. "I'm like, we need to be the change to make sure that when Black kids do come to a rink, it's like, 'Oh, hey, what's up?' and not, 'What are you doing here?'" 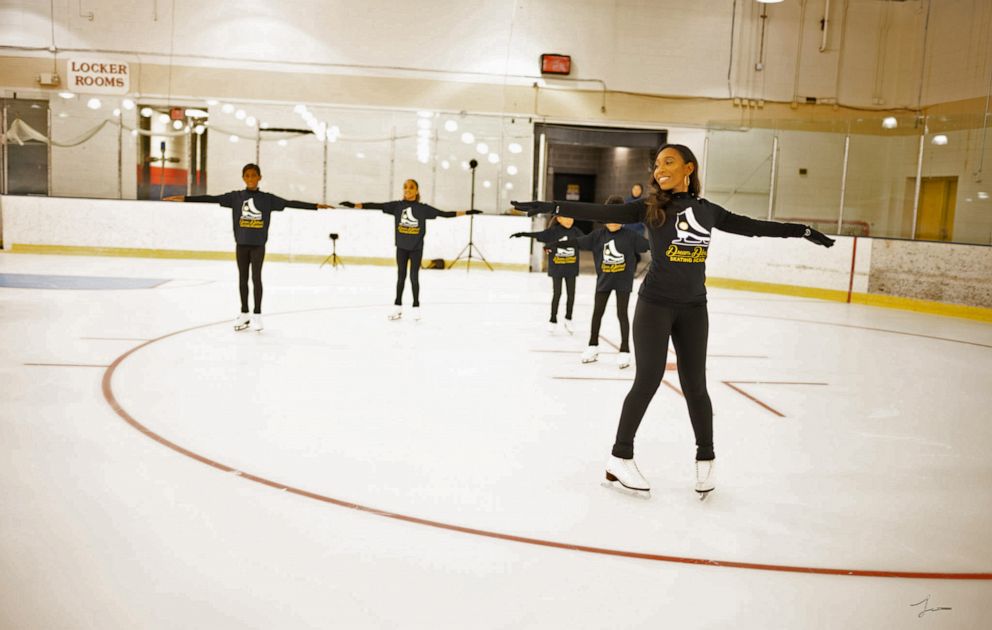 Tamakloe said she is seeing a growing interest in skating and hopes to pass on her love of the sport.

"A lot of skaters of color are on social media and promoting themselves, and so you're seeing it a lot more. Now there's this big interest like, 'Oh, we can do that, because I see someone that looks just like me on the ice,'" Tamakloe said.

"It's a sport that's going to carry you through life. There are a lot of life lessons in skating: You have to be disciplined, you have to be consistent, and that's the same thing you carry over into your adult life."

At the end of the day, Blocker-Loyd pointed out it's not all about practice and training on the ice.

"I think through COVID, we've learned that life is so short, no matter what age you are, and it's like, if you're gonna do something, do it, but have fun," Blocker-Loyd said. "Don't make it so serious where you're getting frustrated and hating yourself for not being able to do something right. … Make it exciting.

"We want the kids to go home excited to tell their parents about what they learn. ... We want them to leave with smiles on their faces while at the same time boosting their confidence so that they know their self-worth."