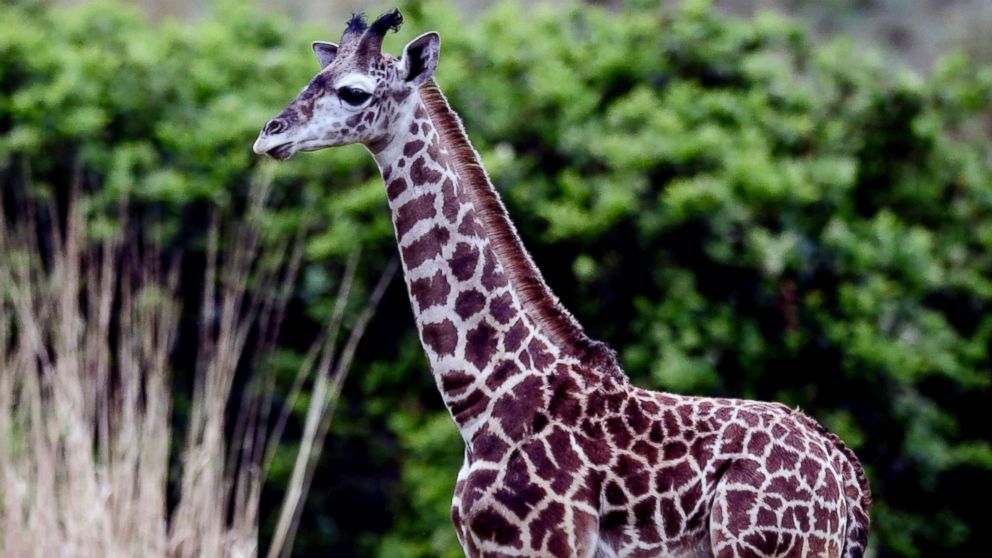 The 7-foot-tall calf's name means brave in Swahili, which park caregivers said was a perfect fit for his curious and courageous nature.

Although the animal care team usually names baby animals, the honor was given to the safari drivers "because they played such an important role in keeping guests calm during Jabari's birth," according to the Disney parks blog.

The newest member of the Disney family was born on the savanna at Disney's Animal Kingdom on Jan. 14 and has spent the last couple months bonding with his mom Mara in a backstage habitat. 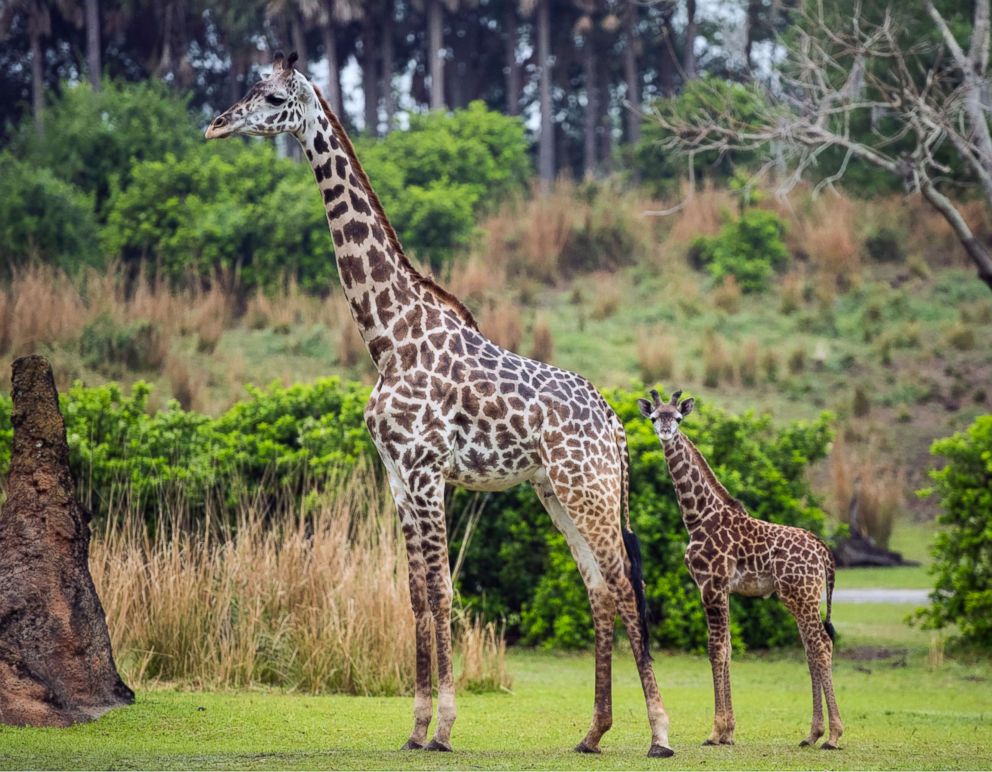 When Jabari made his debut at Kilimanjaro Safaris, the team shared a sweet, subtle detail that the now 2-month-old Masai giraffe has a heart-shaped spot on his neck.

Guests can rides on the Kilimanjaro Safaris and eat a limited-edition cupcake available at Tamu Tamu that features a photo of Jabari and mom Mara.