A middle school near the site of George Floyd's death received over 29,000 bags of donated supplies Sunday in just seven hours.

"The parking lot and grass field were covered in donations, it was just incredible," Amy Nelson, the principal of Sanford Middle School in Minneapolis, said. "It came from people and stores, members of our community who wanted something tangible to do to help." 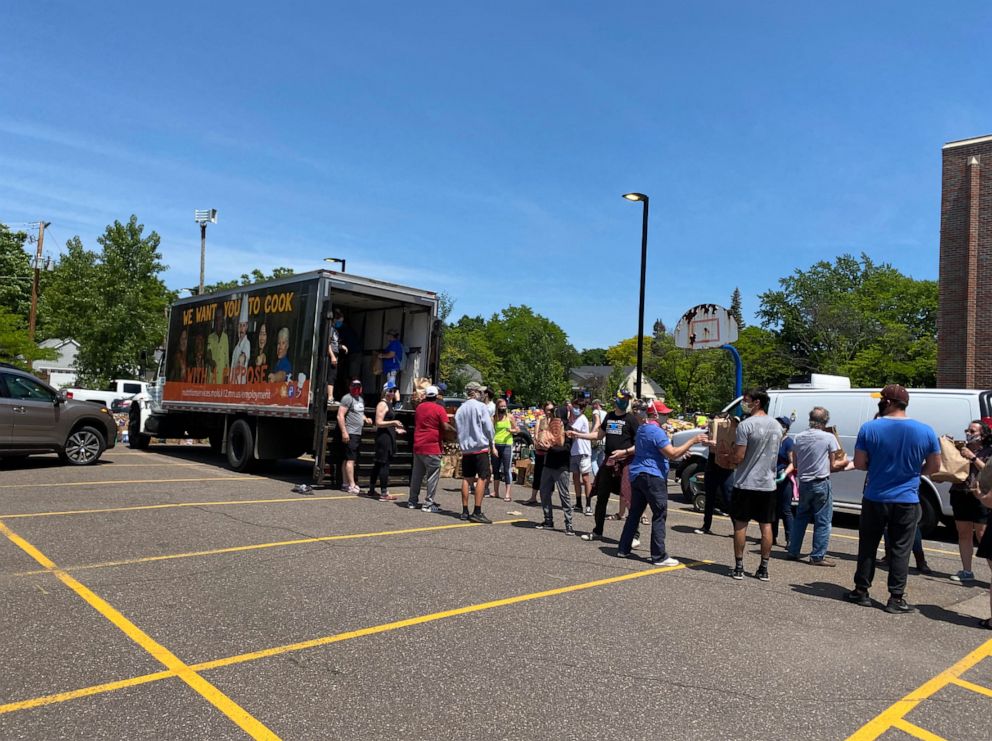 Hundreds of businesses in Minneapolis have burned down or been damaged in a matter of days, including every grocery store within walking distance of the school.

"Target, Walgreens, Cub Foods -- you name it," Nelson said. "It's all gone and there is nowhere to get food right now if you don't have a car. We had to do something."

After a parent approached her with the idea, Nelson got the message out and called a local nonprofit to help organize the drive. The group expected around 500 donations, but after several viral social media posts promoted the drive online, thousands showed to drop off bags full of food and other essentials. 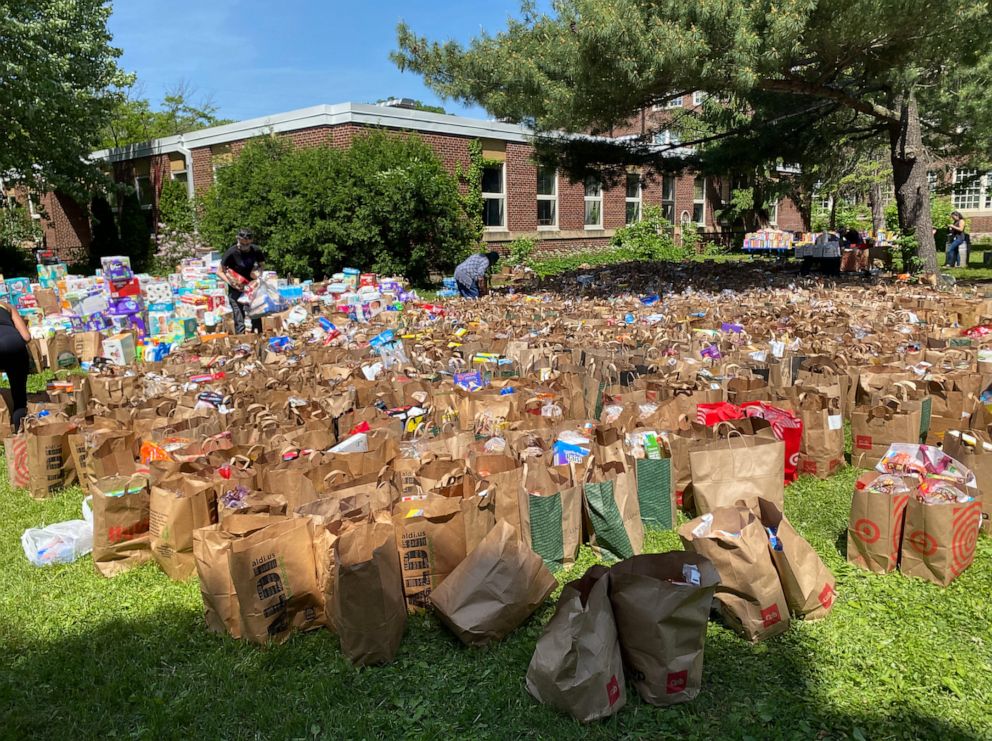 "We had 14 blocks of traffic at one point just to drop off food," said Rob Williams, the executive director and founder of the food support nonprofit The Sheridan Story. "People drove in from Iowa and we received monetary donations as far as Germany."

The donations came as a much-needed relief to neighborhood residents. Williams estimates that at least 2,000 families came seeking groceries -- and all left with their arms full.

"The thankfulness was palpable," Williams said. "This area became a food desert in 24 hours with no warning, and people really needed this food immediately. There were tears all around."

When the food drive ended due to a citywide curfew, the community effort still had around 16,000 bags of food to distribute, which were loaded up and stored at The Sheridan Story headquarters. The organization will continue to distribute food at high impact sites in Minneapolis.

For Williams, the grassroots effort demonstrated the very essence of community.

"This all happened organically through other Minnesota families and locals who care about them as people," Williams said. "That is what a community is supposed to be, you rally around each other with your time, food or whatever is needed, and get it to those who need help." 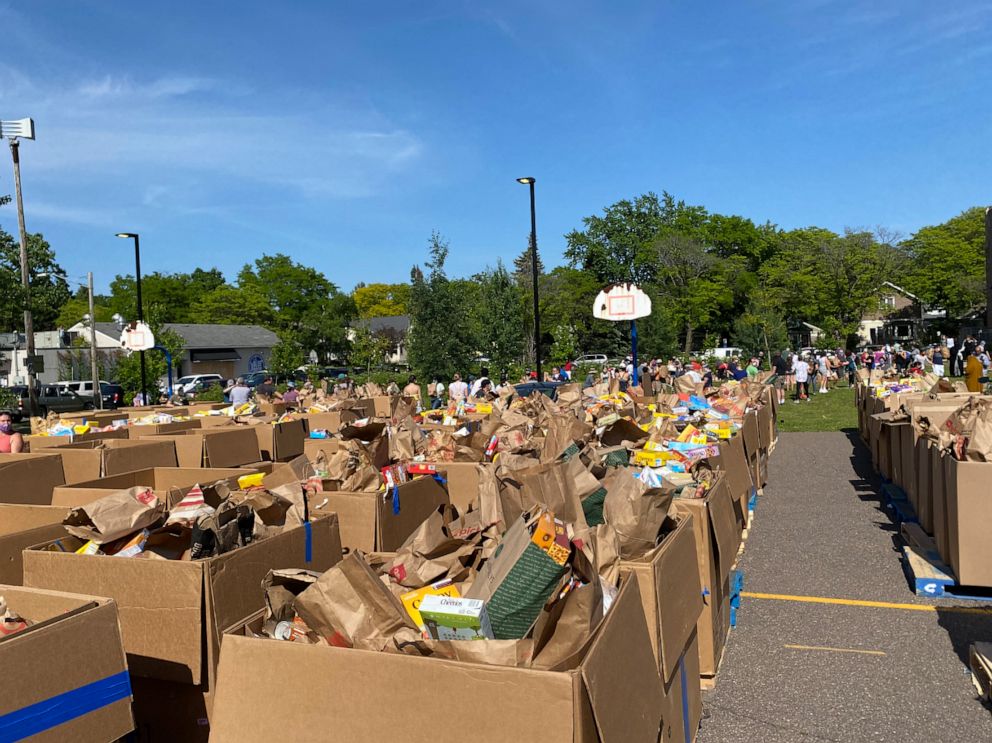 Williams said the Sheridan Story is still accepting monetary donations for food on their website.