Fabiola Valentín, the former Miss Puerto Rico, and Mariana Varela, formerly Miss Argentina, didn't leave the 2019 pageant with a crown -- but they did each get a ring.

Valentín and Varela announced this week they are now married.

The couple shared their joyous news in a joint Instagram video post, which has been viewed over 2 million times since it was posted Sunday.

They both competed in the pageant in 2019, with Valentín finishing in the top three.

"After deciding to keep our relationship private, we are opening the doors on a special day. 10/28/22," the couple wrote in Spanish, noting their wedding date. 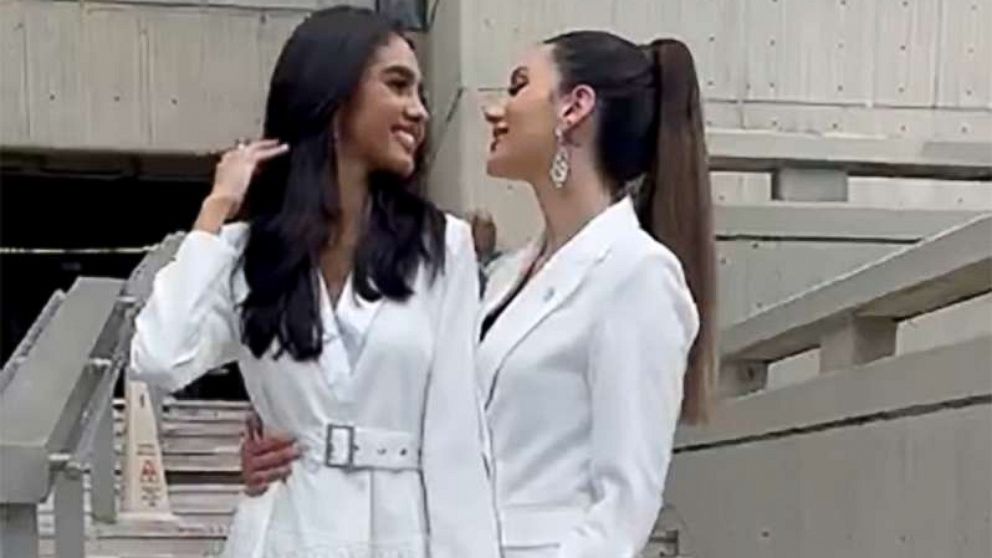 In the accompanying video, Valentín and Varela shared video clips of the two of them enjoying happy times together, walking on the beach hand in hand, and then snapshots of their engagement with silver- and gold-lettered balloons that read "Marry Me?" in the background, along with their rings.

They ended their reel with a clip of the two in white wedding outfits sharing a kiss outside the Judicial Center building in San Juan, Puerto Rico. 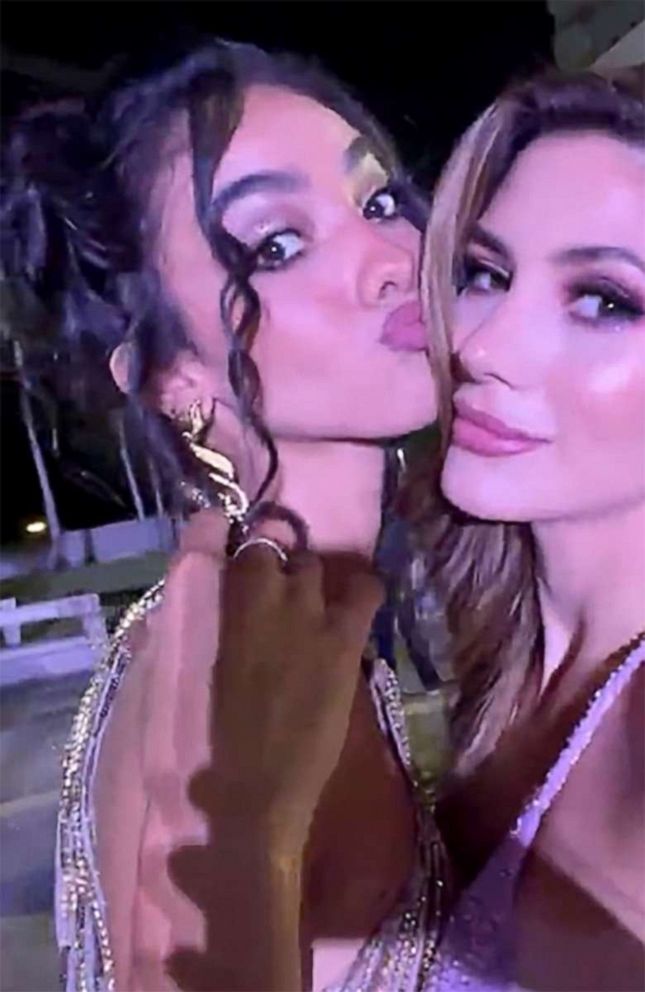 Puerto Rico, which used to ban same-sex marriages, ended its defense of the ban in 2015 and codified additional rights for LGBTQ+ individuals in 2020, according to Reuters. The U.S. commonwealth's civil code was updated to recognize marriage as a contract between two people and not solely between a man and a woman.