By Abby Cruz
Video by Will Linendoll
Share —
Sign up for our newsletters to get GMA delivered to your inbox every morning!

Every morning, Terrill Haigler, 30, puts on his uniform and prepares for his day. He ties his work boots, throws on his neon green safety vest and puts on his work gloves for what he says is a job he is in love with: being a garbage man.

The Philadelphia-based sanitation worker knew, when the coronavirus pandemic hit, that he had to bridge the gap between workers on the front lines like himself and the community. So, Haigler started recording and posting videos on Instagram to show the everyday lives of what workers are going through amid the pandemic.

"I felt like the sanitation department really didn't have a voice and that the public didn't understand why the trash delays were so bad," Haigler said. "So, I started an Instagram page just to give people an inside look on what it is to be a sanitation worker." 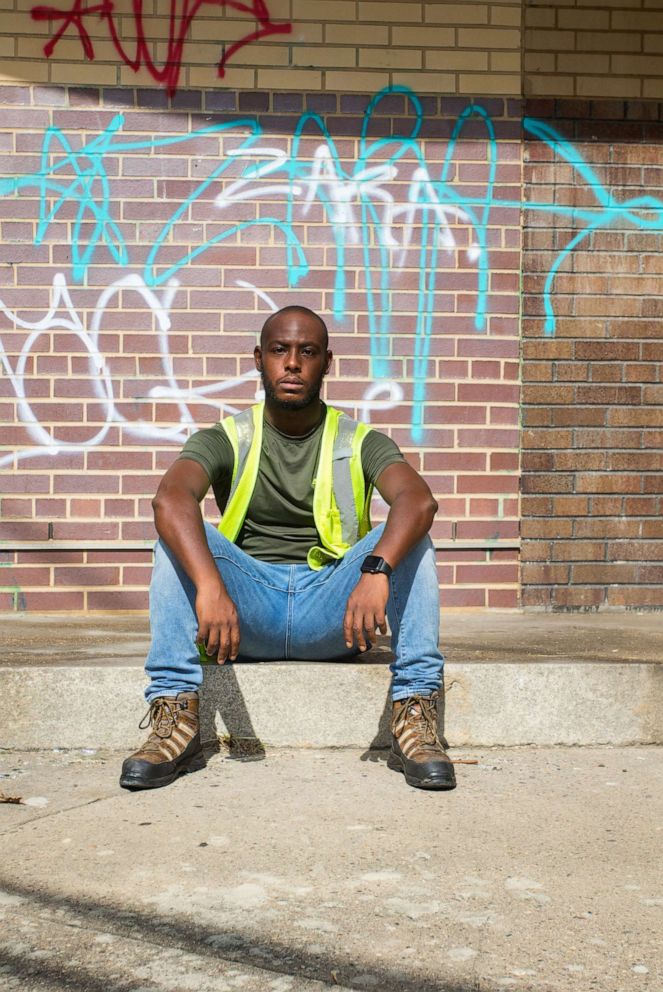 Courtesy Madasyn Andrews/@oxymor.on
Terrill Haigler, a sanitation worker who has gone viral with his Instagram account which shows his day-to-day work amid the coronavirus pandemic, is pictured in Philadephia in an undated photo.

People started listening. And once his following skyrocketed (he now has more than 18,000 followers) Haigler set out to help his fellow employees.

He created a T-shirt with a trash man logo and a campaign, and uses the money raised to buy adequate personal protective equipment and cleaning supplies for sanitation workers in the city.

In just a few weeks, Haigler has sold more than 1,000 T-shirts and has raised more than $25,000. He said he's just a few T-shirts away from his goal of being able to fund supplies that will last through the winter.

MORE: We're recycling but garbage keeps piling up: What you may not know about the recycling industry

"I got the Philly blood in me and it was like: If someone can't do for you, you do for yourself," said Haigler. "I also want to voice my opinion about things I feel really strongly about with the sanitation department."

"As soon as I started advocating for us and talking about the things we're going through and what we need, things just kind of exploded," he added."

Besides the increase of his social media followers, Haigler started receiving donations, from fans, for him and his peers. They sent things like cases of water, food and Philadelphia's signature cold treat, "Water Ice," which Haigler said is his personal favorite.

For those who couldn't afford to buy a T-shirt, he posted the sanitation centers where people could donate.

Haigler said he and his fellow employees have been working around the clock to not only keep the streets clean but to help one another stay safe during these times. 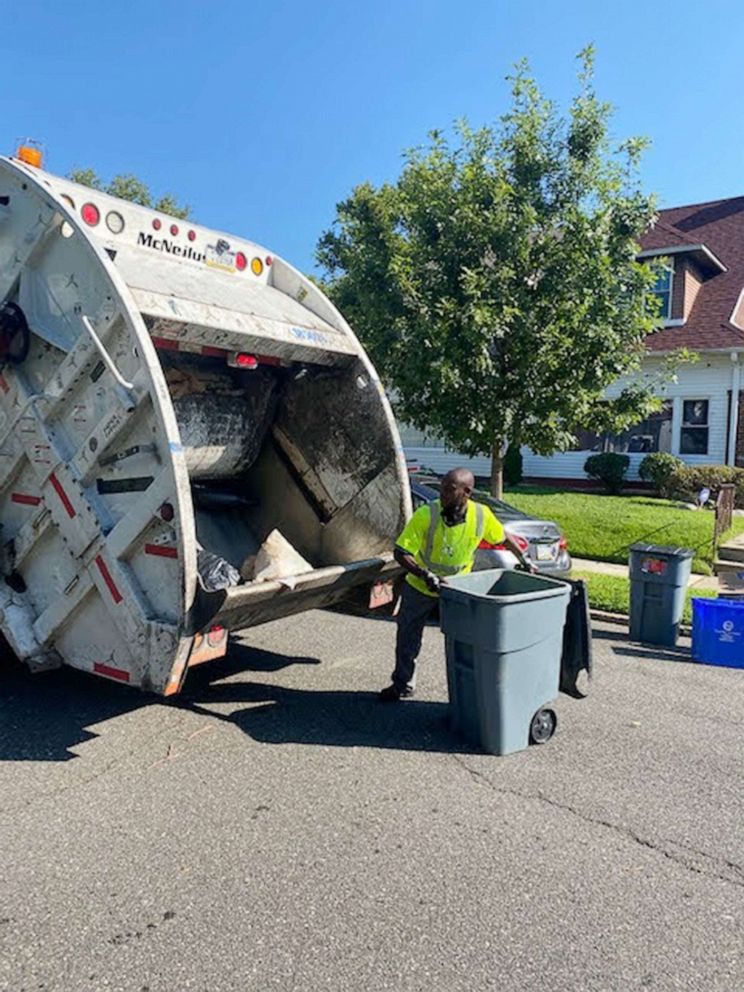 Even though the Instagram spotlight is humbling, Haigler still wants people to know how important the role of being a garbage man is. His account shows the heavy lifting, mass pickup and cleaning up of trash, and even rodent issues sanitation workers deal with.

And due to the pandemic, Hailger said the amount of trash has increased at least 30% since the start of the pandemic. With this increase, not only is he working harder and longer, Haigler said he also constantly worries about his health, as he does not know whose trash he's picking up or if that person tested positive for COVID-19.

"We're not lazy," he said. "We're not just calling out of work. We're actually dealing with it the best way we can on our own fighting this thing like everybody else. So, you give us some little props and give us a little respect."

Hailger never thought he would be a trash man, in fact, he used to look down at the job and even spoke ill of sanitation workers before he became one. "I mean, getting this job has changed my perspective and has changed my life on how I look at things," he said.

The career chose Haigler, who, since the age of 8, had trained to be a professional dancer. Despite the fact that he studied at some of Philadelphia's top schools and took dancing classes in college, the father of three's life took him down a different path. He said sometimes life does not give you what you want, but instead gives you what you need. When he was offered his current job, which he waited for two years to get, Haigler said he knew he had to bring the same energy and grace he did as a dancer to this new career.

"In my lifetime, I've been able to play so many different characters," he said, remembering the advice from one of his teachers. "'You have a choice. You don't have to use your voice, but you can choose to.' And I chose to use my voice and I chose to use my personality." 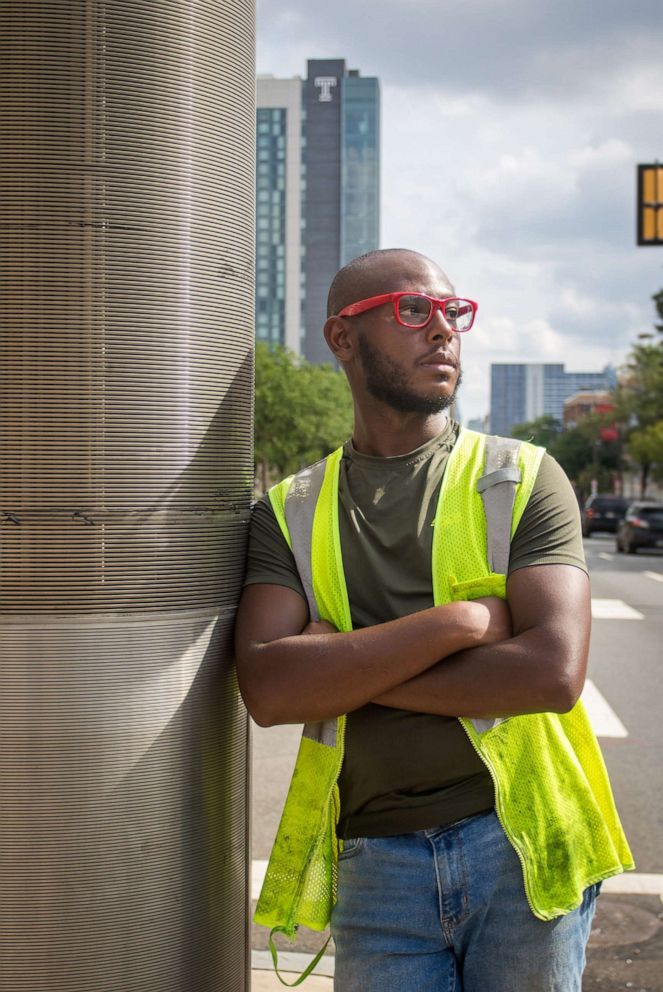 Courtesy Madasyn Andrews/@oxymor.on
Terrill Haigler, a sanitation worker who has gone viral with his Instagram account which shows his day-to-day work amid the coronavirus pandemic, is pictured in Philadephia in an undated photo.

"When you feel comfortable, you listen," he said. "So, I just use everything that God gave me, all the talents, all the gifts, and I just really felt as though it was it was needed for someone to advocate and educate... educate the public and advocate for the sanitation department."

Haigler said he encourages others to apply for open positions and to not be embarrassed of the title but to embrace it.

"I talked to some of my co-workers who've been here for like 30 years and they're like, we've never seen anything like this. We've never seen the public love on us like this," he said, noting the #supportsanitation hashtag that circulated on social media.

Haigler hopes his activism and the outpouring of support from the community continues, even after the pandemic.