Sana Ullah didn't know that praying in a Macy's dressing room would one day connect her to Muslims around the world.

"We go in the 'prayer room' and pray," she told "Good Morning America." "That can't just be us doing that in the middle of the day."

Because there are five fundamental pillars in Islam, Muslims are obliged to pray five times a day. Oftentimes, people aren't near a designated prayer area or a mosque, so they look to their nearby surroundings.

Users have shared images of themselves praying in locations such as Machu Picchu, Staubbach Falls in Switzerland and Castelo dos Mouros in Portugal.

Seen praying at the Staubbach Falls in Switzerland. Photo by @zumzumpapi and shared by @n.y.s._. 🇨🇭 #PlacesYoullPray

"I wonder if I can collect images of people praying in random locations," Ullah said she thought to herself at the time.

She put out a call on Facebook asking her friends if they've prayed in interesting spots outside of a mosque, and many responded.

Ullah asked those who responded to meet at some of the same locations they mentioned. After they all prayed together, Ullah took photos during supplementary prayers.

She shared a photo from that experience and received an immediate reaction from an Instagram user in Indonesia who promptly shared a photo of themselves praying on the beach.

"I thought this was going to be a Western thing. But clearly it's not! It's done everywhere," she said.

Her page now has more than 24,000 followers, plus thousands more who share their photos using the hashtag #PlacesYoullPray. 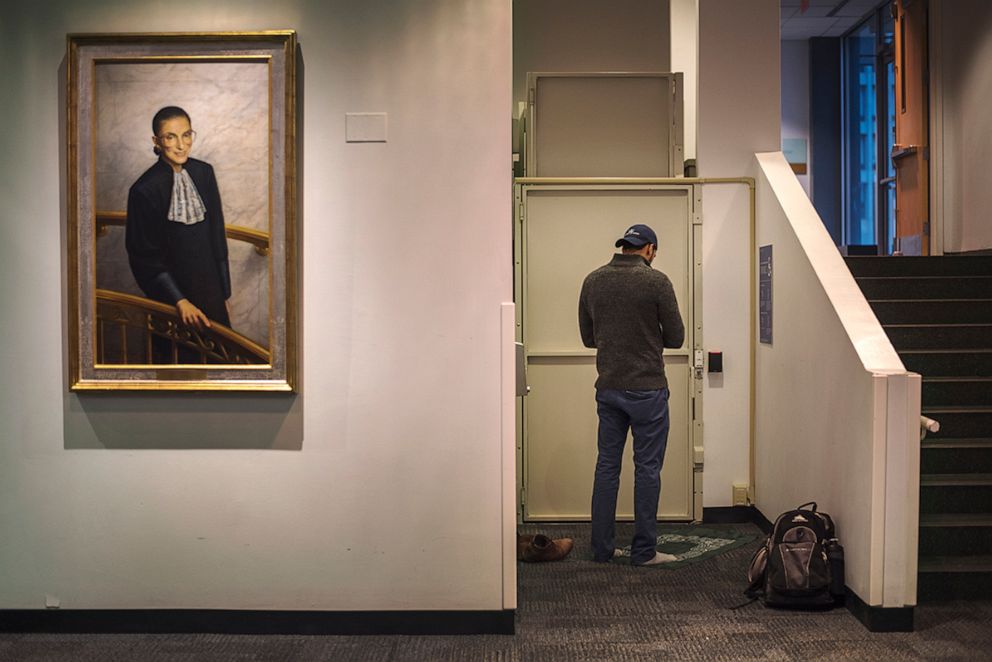 Sana Ullah
A man prays next to a portrait of Supreme Court justice Ruth Bader Ginsburg at the Columbia University Law School.

Curating Places You'll Pray has been like a geography lesson, she says, one in which she connects with Muslims in communities she never knew existed. For example, an image posted about a person praying in South America started a larger conversation about the South American Muslim community, which isn't often highlighted.

Another image that took her by surprise was of someone praying in the mountains of Pakistan. Ullah says it contradicted expectations, as she has consistently seen Pakistan portrayed in movies and the news to be mostly desert and marketplaces.

Seen praying in the Kumrat Valley of Pakistan. Photo shared by @86.ijay. 🏔 #PlacesYoullPray

Islam is currently the world's second-largest religion after Christianity. Muslims are the fastest-growing religious group in the world, according to a 2017 Pew Research Center report.

The majority of Muslims, around 62% of the global Muslim community, live in the Asia-Pacific region, with large populations in Indonesia, India, Pakistan, Bangladesh, Iran and Turkey, according to Pew.

Ullah recognized through this project how different Muslims look all over the world.

"To show the variety and the diversity there are of Muslims around the world was not only amazing for Muslims for non-Muslims as well," Ullah said.

However, it's not always easy to pray publicly.

People even comment below images saying how brave people are to pray publicly. Incidents of anti-Muslim bias increased 17% in the U.S. between 2016 and 2017, according to the Council on American Islamic Relations. In that same period of time, the organization found a 15% increase in hate crimes against American Muslims. 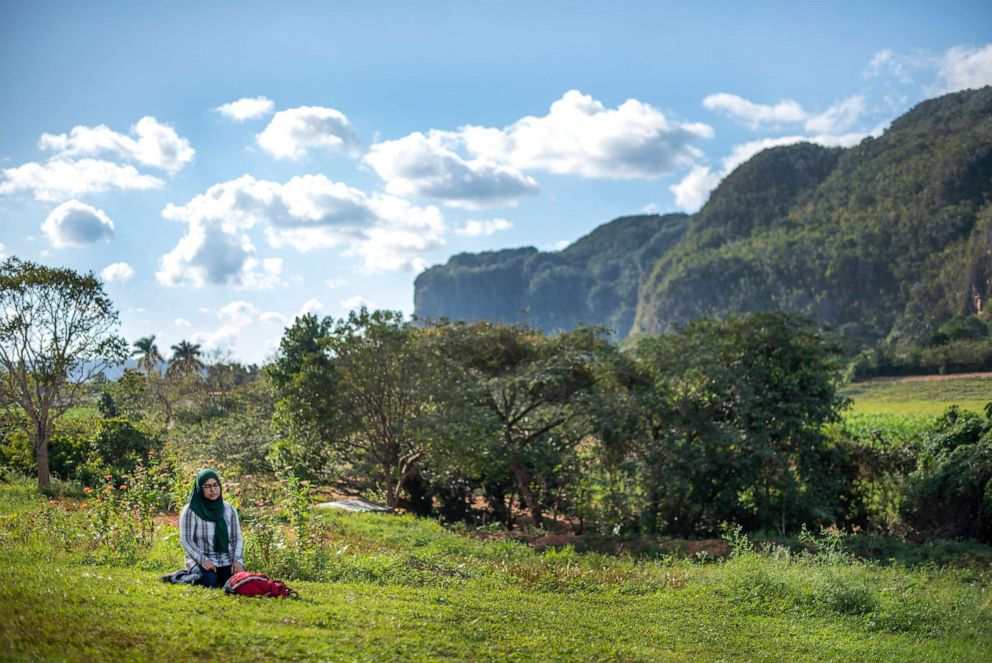 Sana Ullah
A woman prays in a field in Cuba.

Through this project, Ullah says she wants people to be safe being Muslim.

"I hope Muslims can see that it's OK. It's OK to be Muslim. There are people that are going to support you," she said.

According to Ullah, the majority of her followers on Places You'll Pray are non-Muslim, and she says the account is a way to say that the Muslim community needs their support.

"If you do see someone praying, and if you see someone else nearby that maybe isn't appreciative of it, maybe stand around and make sure they're OK," she said.

Although she receives many hateful comments, or comments that say she's representing Muslims incorrectly, Ullah has a digital family of people around the world who are quick to defend her and the religion.

"I'm not trying to represent Muslims," she said. "This is Muslims just representing themselves."