By Alexandra Hutzler
Video by Faith Bernstein
Share —
Sign up for our newsletters to get GMA delivered to your inbox every morning!

In a way, they, too, were a beloved part of her royal family, her constant companions.

Perhaps no animal has been so closely associated with a world figure as corgis were with Queen Elizabeth II.

When Britain's longest-ruling monarch died Wednesday at age 96, it sparked an outpouring of photographs and drawings of her and her diminutive dogs throughout the years.

Fellow dog owners are already planning to celebrate the queen's life of service with a corgi parade outside of Buckingham Palace, the U.K. newspaper, the "Daily Mirror," reports.

The iconic pairing began in 1933, when Elizabeth's father King George VI -- then still the Duke of York -- purchased Dookie, a Pembroke Welsh corgi, for the family. 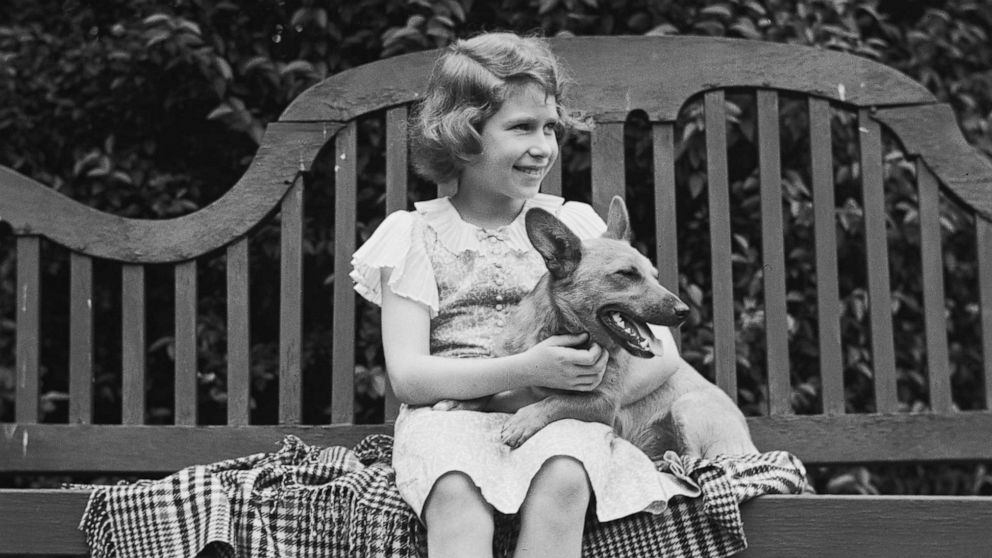 Lisa Sheridan/Hulton Archive/Getty Images
Princess Elizabeth, the future Queen Elizabeth II, with a Pembroke Welsh corgi dog sitting on a bench at her home in London, in July 1936. 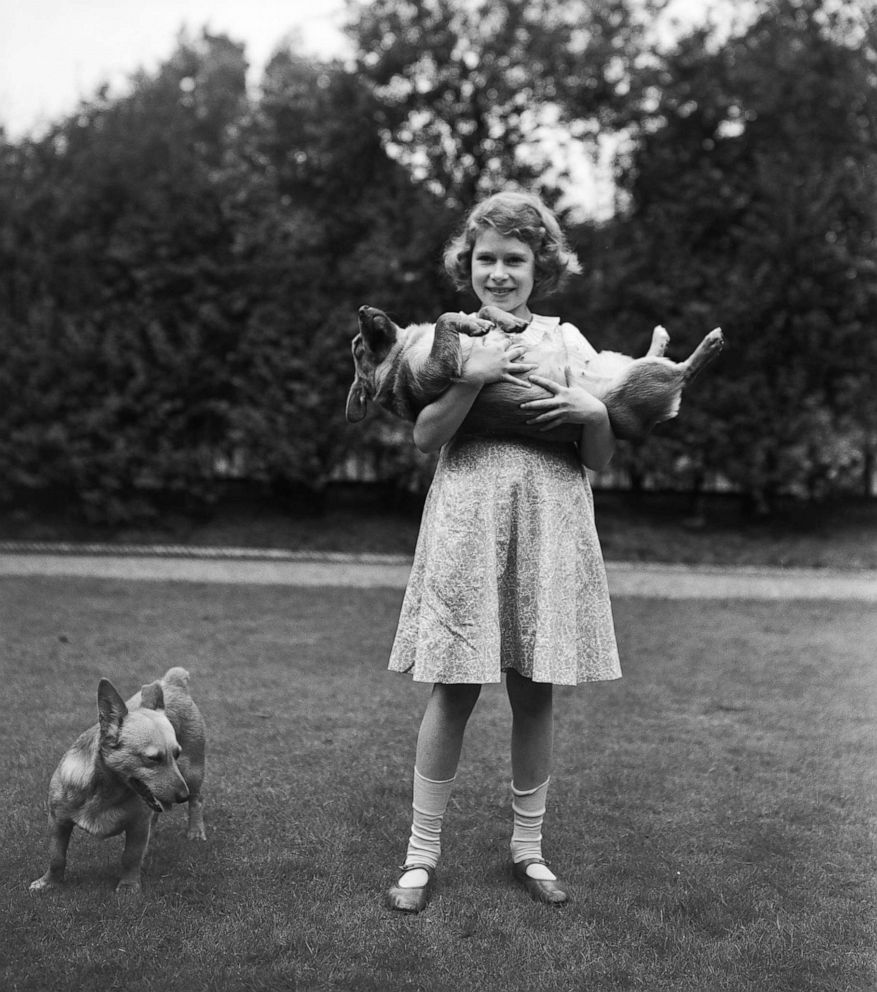 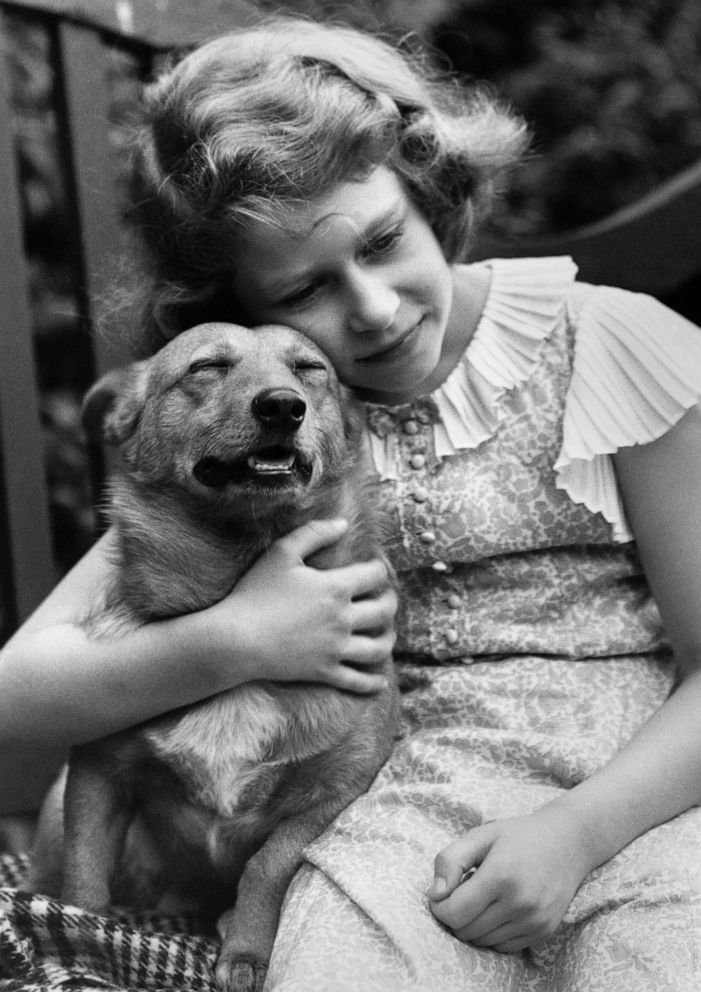 Hulton Deutsch/Corbis via Getty Images
Princess Elizabeth, age 10, with her pet dog, in July 1936, in London. 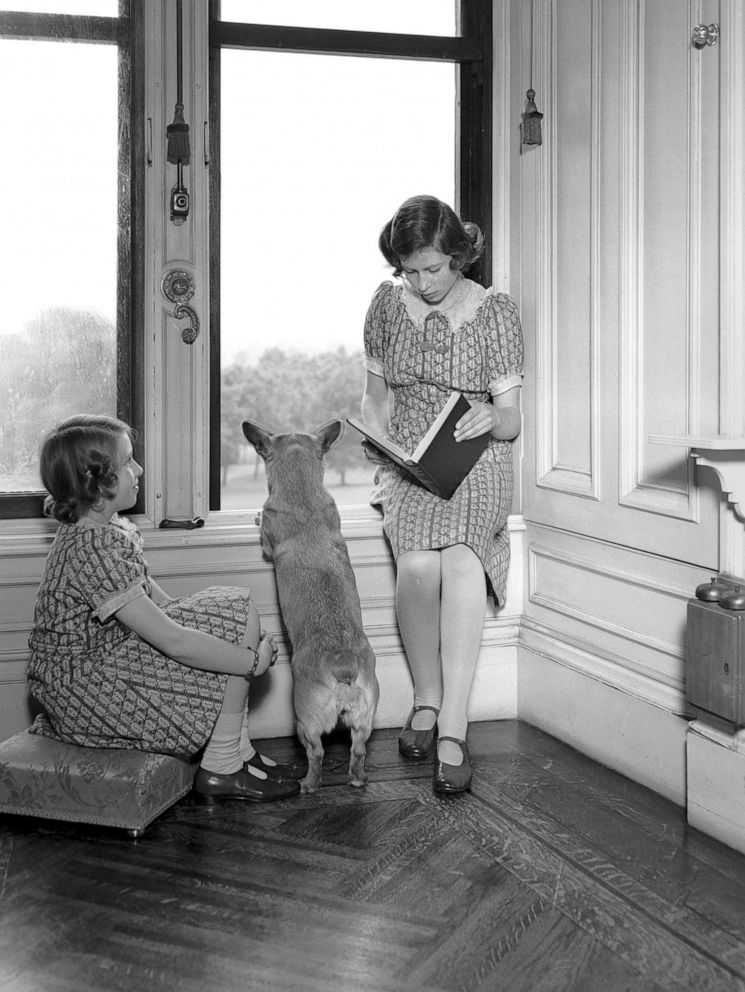 Lisa Sheridan/Hulton Archive/Getty Images
Princess Margaret, left, and Princess Elizabeth read together, while a corgi peers out of a window at Windsor Castle, June 22, 1940.

In 1944, as an 18th birthday gift, Elizabeth received the first corgi of her own named Susan. Over the next 78 years, she's believed to have owned more than 30 of Susan's descendants, including a few corgi-dachshund mixes called "dorgis"-- an accidental hybrid created after one of Elizabeth's corgis mated with a dachshund owned by Princess Margaret. 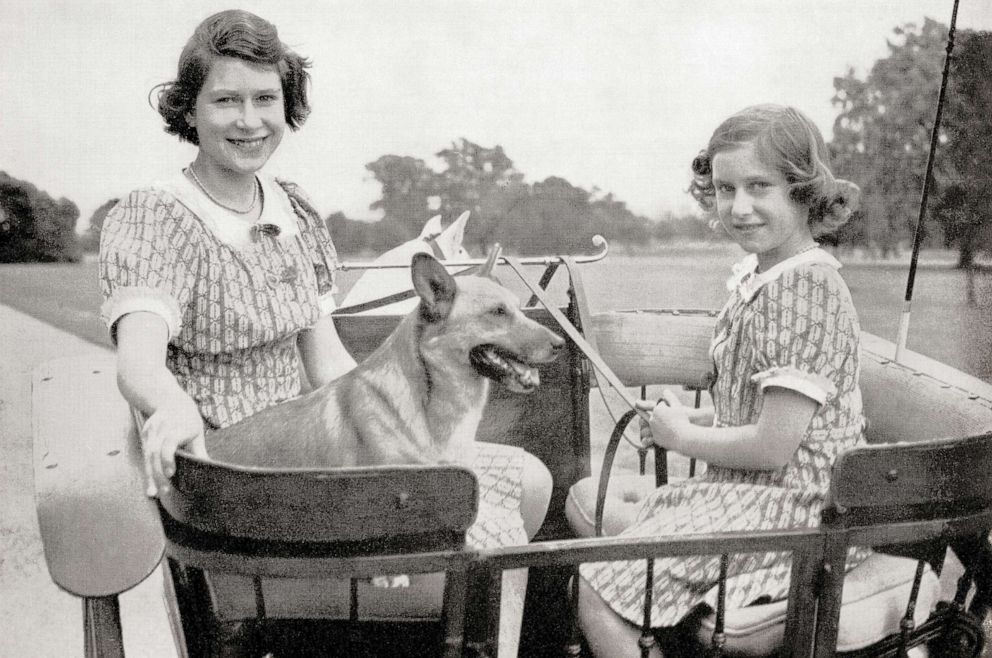 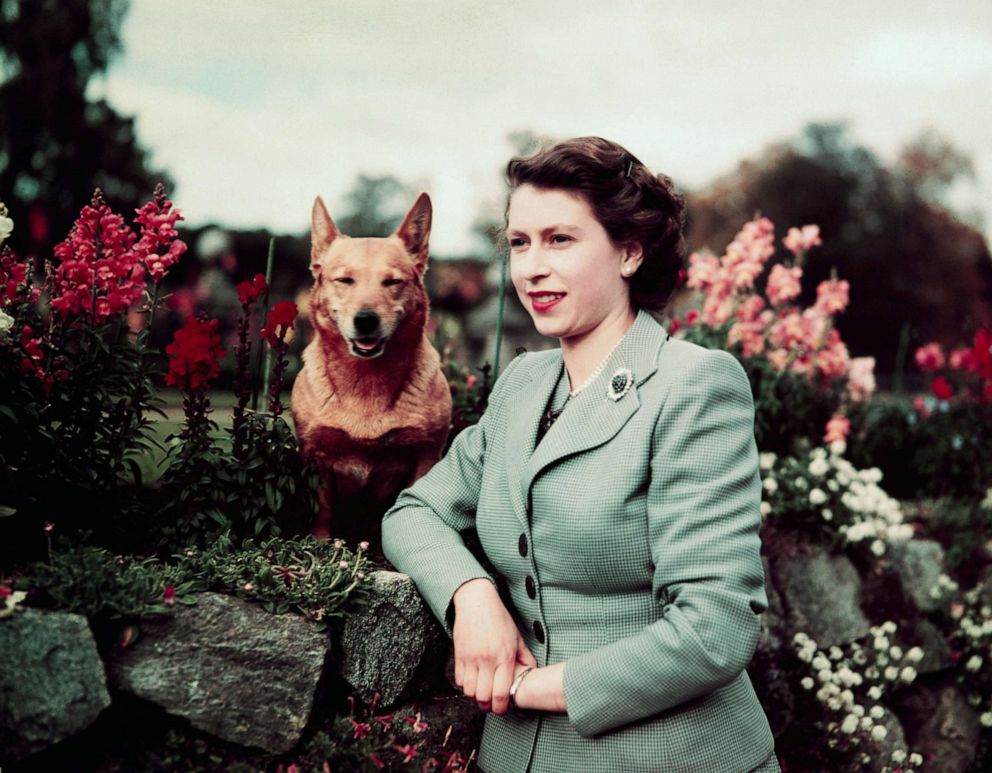 Bettmann Archive/Getty Images
Queen Elizabeth II poses with one of her dogs at Balmoral Castle, Sept. 28, 1952.

"My corgis are family," the queen once said, according to Vanity Fair.

The American Kennel Club praised Elizabeth as "one of the most prolific and dedicated Pembroke Welsh Corgi breeders and ambassadors that the world has ever seen."

The little dogs traveled the world alongside Elizabeth and Prince Philip, and were always spotted at her estates Balmoral Castle and Windsor Castle. 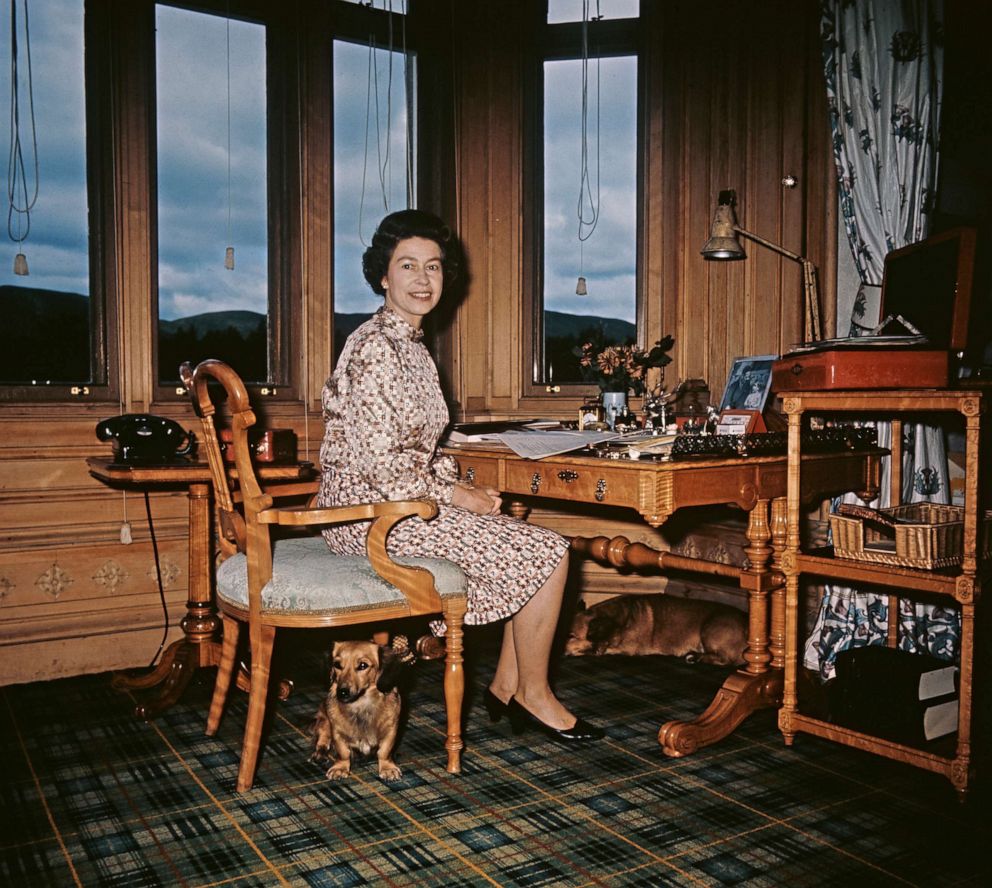 Hulton Archive/Getty Images
Queen Elizabeth II at the writing desk in her study with a few of her corgis, at Balmoral Castle, Scotland, in 1972.

Roger Mugford, the queen's former dog trainer, previously told ABC News corgis "think big" but could also be "vicious" -- recalling incidents where they nipped at an officer's trousers or had bitten the queen. Mugford said Elizabeth was an "incredibly good dog manager."

A few of her corgis starred in a short film that played during the opening ceremony of the London 2012 Olympic Games. In the video, the queen was joined by "James Bond" actor Daniel Craig as the corgis followed them throughout Buckingham Palace. 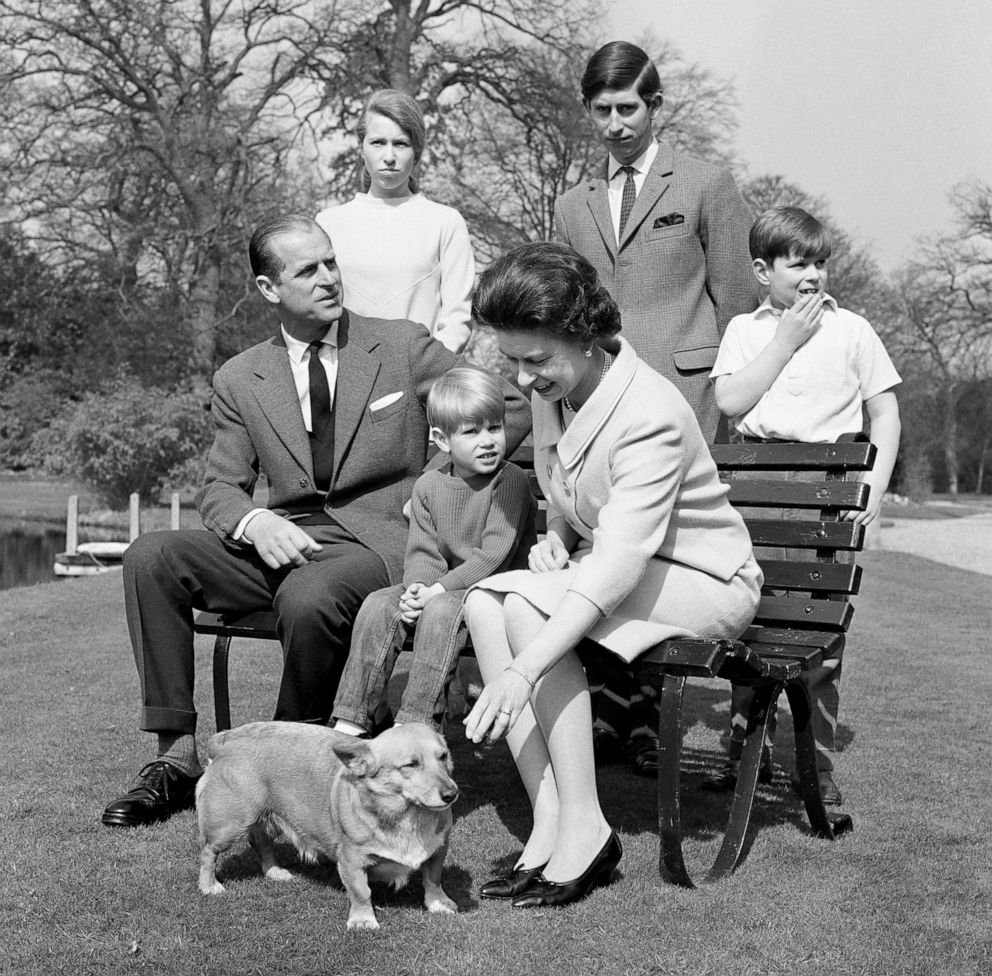 Prince William and Kate Middleton, now the Princess of Wales, have continued the royal tradition of having dogs with their cocker spaniel Orla. Prince Harry and Meghan Markle are also dog owners, just recently adopting a rescue beagle. Markel described receiving a warm greeting from the queen's corgis when the two had tea together.

"The corgis took to you right away," Harry joked to Markle during their first interview together as an engaged couple. "For the past 33 years I've been barked at, this one walks in [and] absolutely nothing." 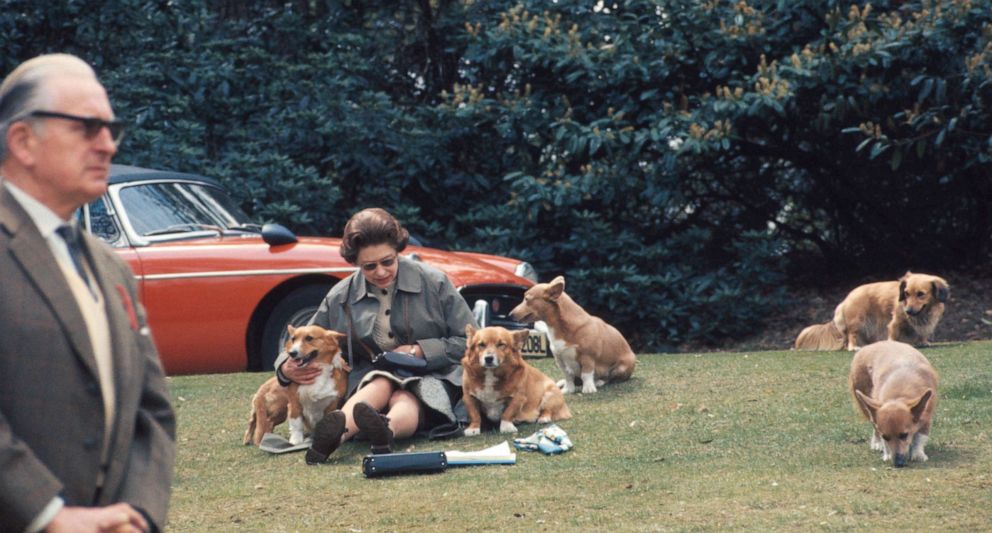 Bettmann Archive/Getty Images
Queen Elizabeth takes a break from watching the Royal Windsor Horse Show, in which her husband Prince Philip is participating, May 12, 1973, in Virginia Water, England.

Monty Roberts, an adviser to the queen, told Vanity Fair in 2015 that the British monarch had stopped breeding corgis.

"She didn't want to leave any young dog behind," he told the magazine. "She wanted to put an end to it." 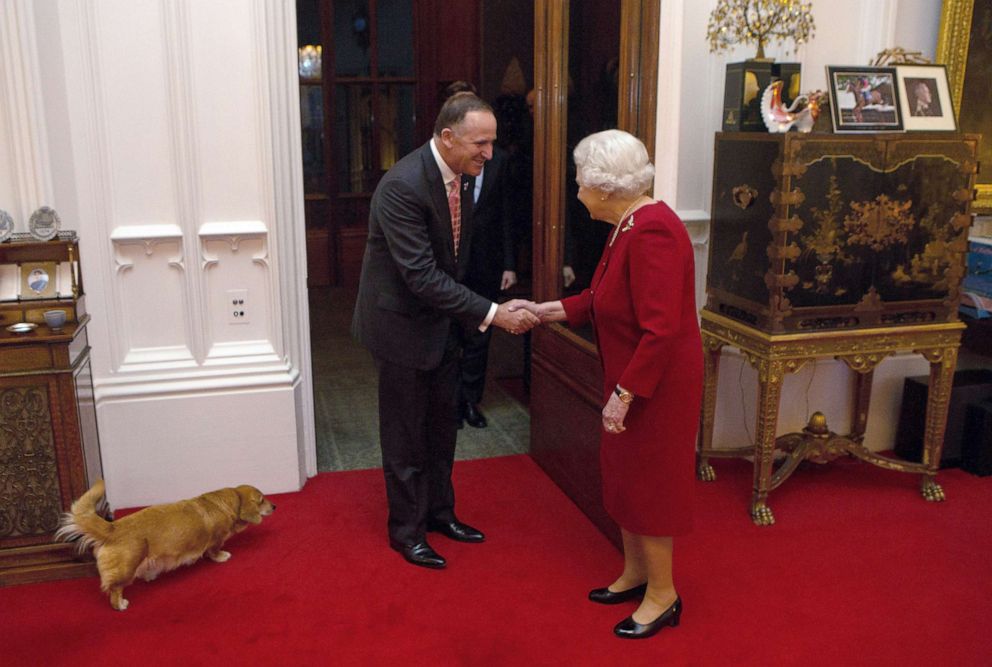 The last of the queen's purebred corgis, Willow, died in 2018.

Buckingham Palace welcomed two new puppies in 2021. The queen was gifted the puppies while her husband was hospitalized. She named them Fergus and Muick, though Fergus died suddenly at just five months old. Prince Andrew and his family later gifted Elizabeth a new corgi puppy named Sandy. 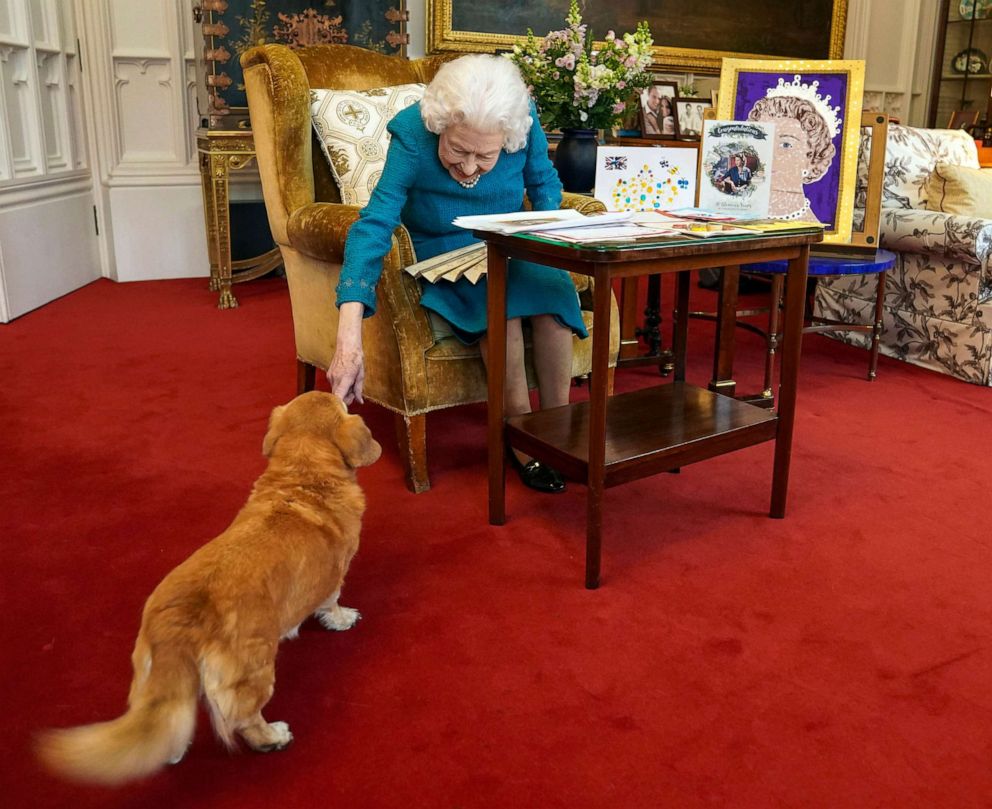 Steve Parsons/Pool via Getty Images
Queen Elizabeth II is joined by one of her dogs, a dorgi called Candy, in the Oak Room at Windsor Castle, Feb. 4, 2022, in Windsor, England.
MORE: 5 things to know about Queen Elizabeth II's life and legacy

Corgis played a central role in Elizabeth's Platinum Jubilee earlier this summer. The celebration marked her 70 years of service on the throne.

It's not immediately clear what will happen to the queen's loyal sidekicks in the wake of her death.