On April 22, 1970, 20 million people across the globe celebrated the very first Earth Day. The idea was sparked by the power of the anti-war protests of the 1960s, and events that brought the issue of the environment and its vulnerability to pollution center stage.

"As the 1960s progressed a number of environmental issues popped up," he continued, "an oil spill in Santa Barbara, the Cuyahoga River catching on fire, Rachel Carson's enormous visibility for Silent Spring, efforts to save the whales and freeways cutting through dynamic inner-city areas." 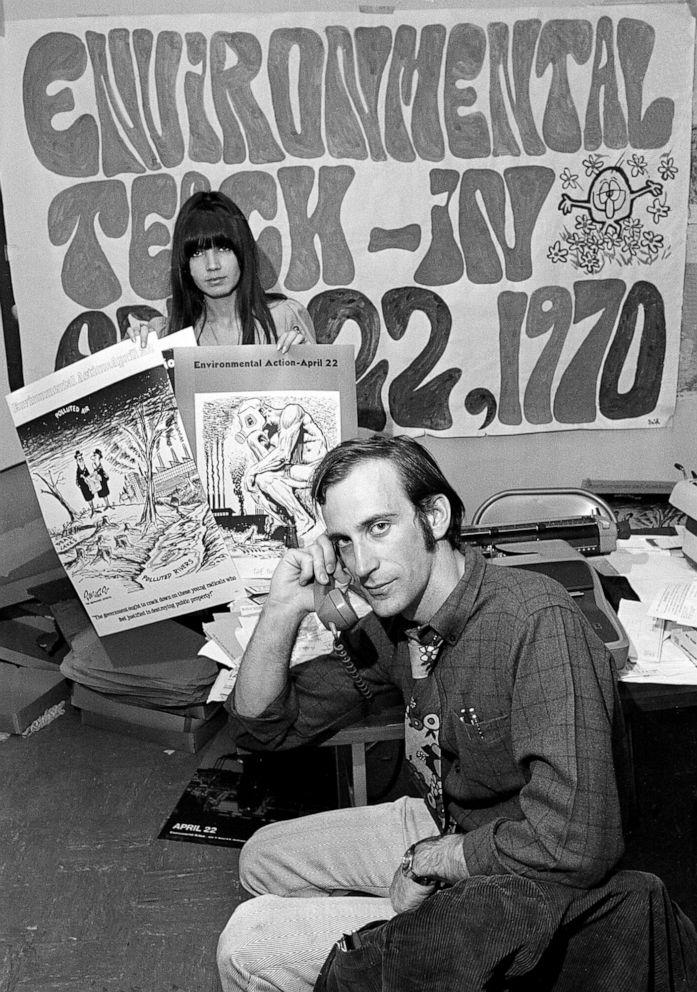 As these events brought environmental degradation into focus for the United States, then-Wisconsin Sen. Gaylor Nelson was among the first leaders to spearhead the movement.

"He thought something like [the anti-war protests] could be done around the environment and proposed a national environmental teach-in," Hayes recalled.

MORE: How to help the environment in the best way, according to climate experts

Hayes first heard about the senator's efforts through seeing a front-page article on The New York Times in 1969. He flew from Harvard, where he was a law student, to meet with Nelson. By the end of their meeting, Hayes was prepared to organize a movement in New England starting with college campuses.

A few days later, he got a call from Nelson's chief of staff to drop in and organize the day on a national level. He pivoted away from targeting only college students to community organizing, led by locals across the country.

"Organizing something when long-distance phone calls were expensive, when there was no internet, we had to run things off of a mimeograph machine," Hayes said. 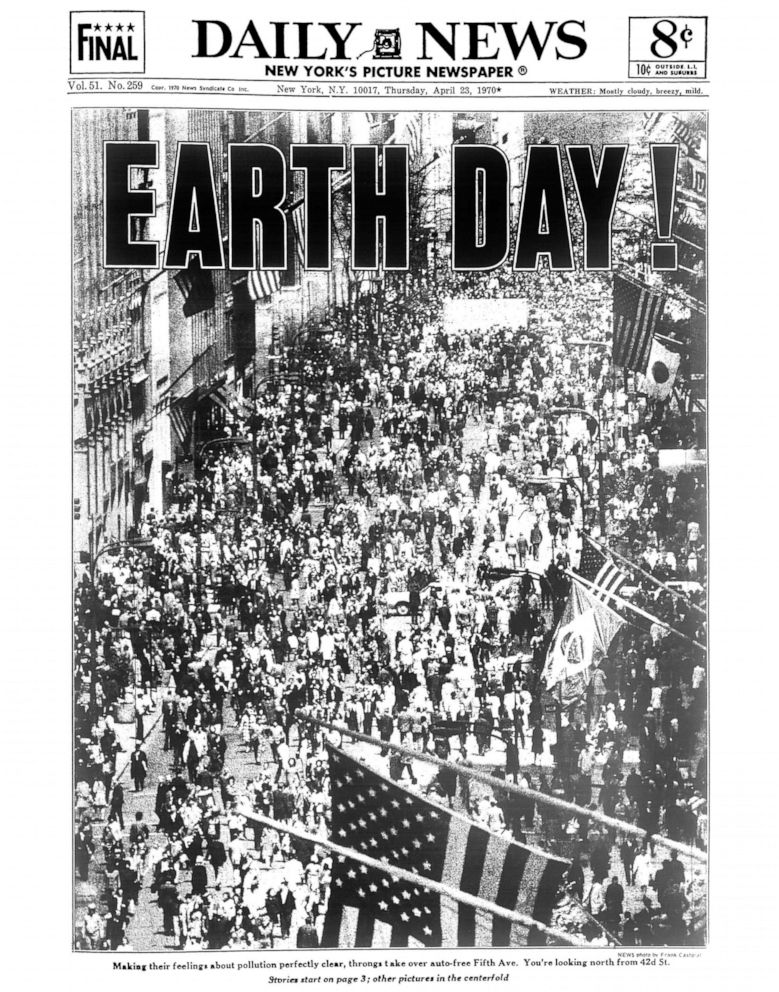 The strategy was to get each city involved and motivated by specific issues facing their regions, and to have their protests unite together on a single day for the planet.

MORE: How environmental racism continues to affect communities of color

Using newspapers, magazines and mailers to spread the word, an estimated 20 million people participated in the first Earth Day.

After the success of the first Earth Day, Hayes shifted his attention to the upcoming congressional elections in November 1970, targeting a "dirty dozen" of incumbent congressmen with poor environmental records who had won their last races by a slim margin.

"So, with a very small budget of $50,000 to take on 12 incumbents, we defeated seven of the 12, clearly more than the margin of victory and each of those races was an environmental issue," Hayes said. 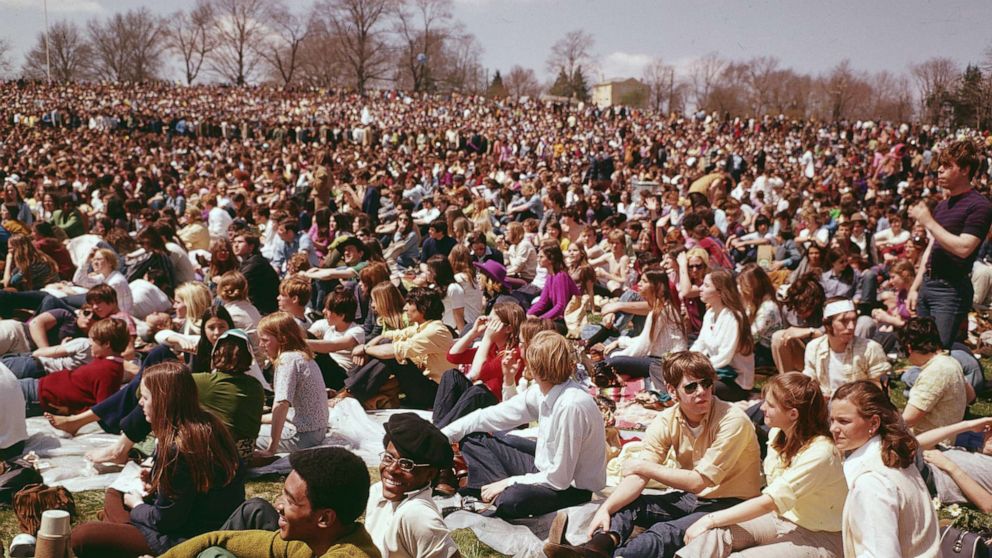 Harold M. Lambert/Getty Images
Crowds of young men and women sit in a park during celebrations for Earth Day, circa 1970.

In the years after the first Earth Day, the environmental movement was effectively unstoppable. The Environmental Protection Agency was created in December 1970, and the Clean Air Act, the Clean Water Act and the Endangered Species Act soon followed.

"We're facing a number of really important global issues now -- climate change was already an issue in our agenda, the acidification of the oceans, the collapse of marine fisheries, migratory endangered species and so forth, things that no one country can solve by itself. So we need to take it international," he said. 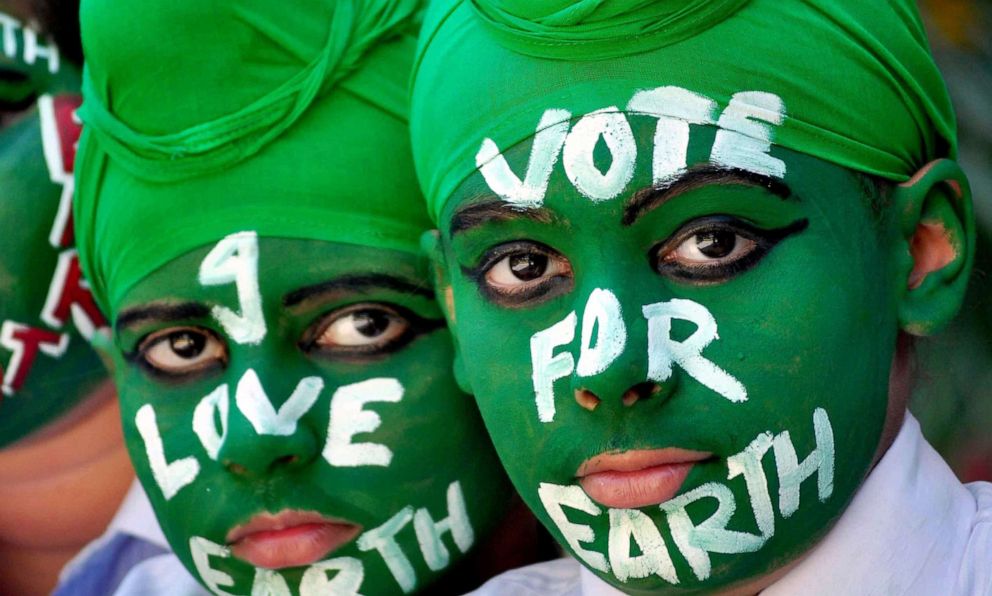 Hindustan Times via Getty Images
Students of Scholar Fields Public School take part in an awareness program on the eve of World Earth Day on April 21, 2014, in Patiala, India.

Today, there is still momentum behind Earth Day to pass climate change legislation and act on behalf of the environment. In 2016, the landmark Paris Agreement was signed by more than 120 countries on Earth Day.

Although the 50th anniversary of Earth Day was largely canceled due to COVID-19 in 2020, more than 100 million people in 192 countries honored Earth Day virtually.

MORE: How to talk to your kids about climate change

This year, President Joe Biden is hosting a digital Climate Leaders Summit on Earth Day. Hayes and other environmentalists are eager to continue demanding progress.

"Earth Day has always been an event of the people" Hayes said." "It can't be top down. You can think of it as like a structure on which we come and hang our ornaments on, like a Christmas tree. Whenever it comes along, Earth Day can play a role in uniting these causes for the environment."